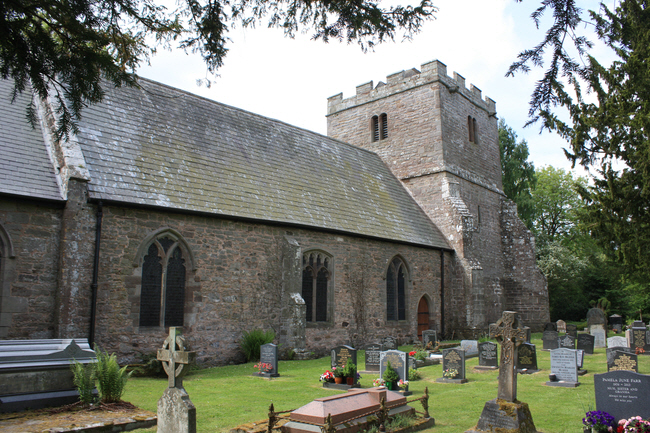 The church contains sections completed in the 12th, 14th and 15th centuries. Further additiions were made in the late 19th century and restoration work was carried out in 1880. 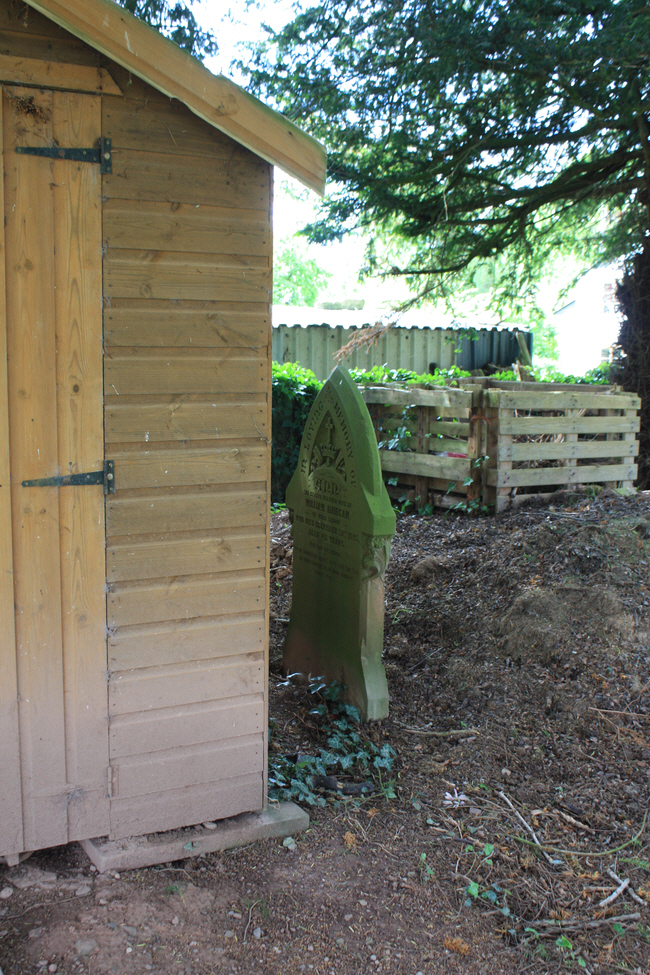 The gravestone of Ann Morgan (died 1893) has been sandwiched between a compost heap and a storage shed. 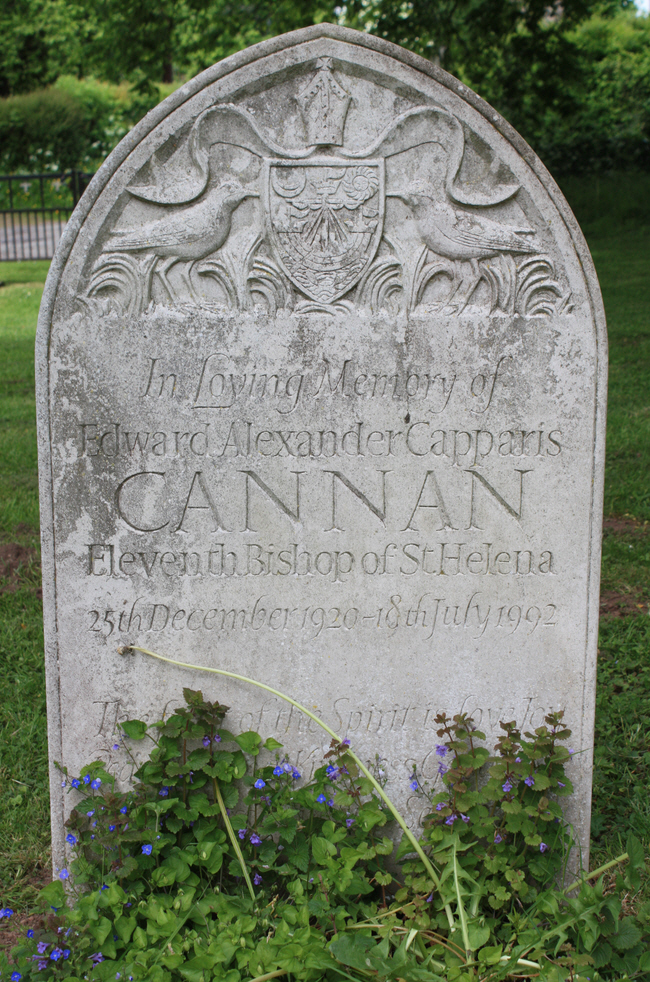 The 11th Bishop of St Helena - a small island in the South Atlantic. 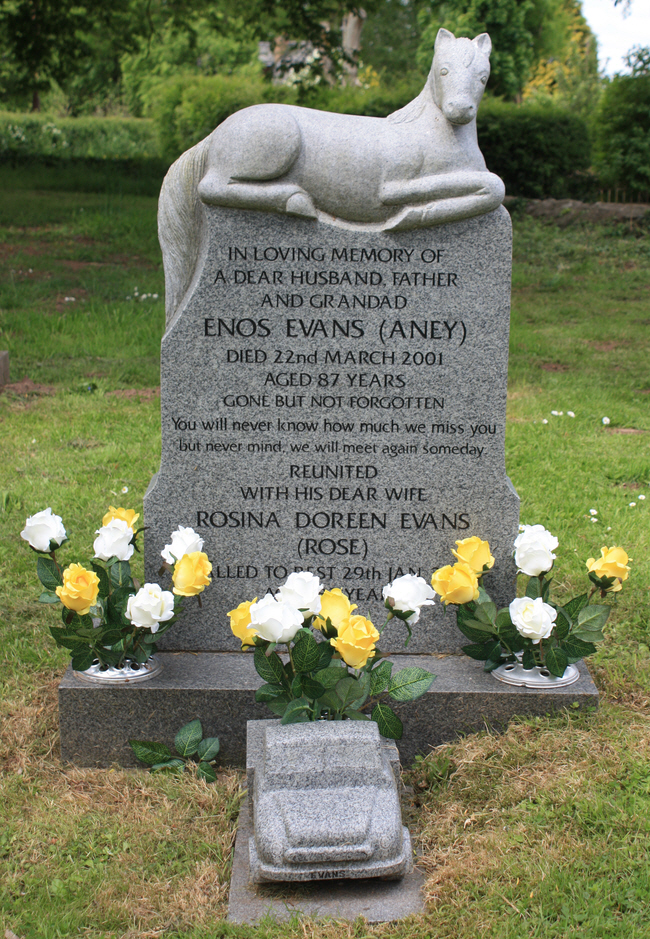 It is unusual to see a statue of a horse on the top of a gravestone. 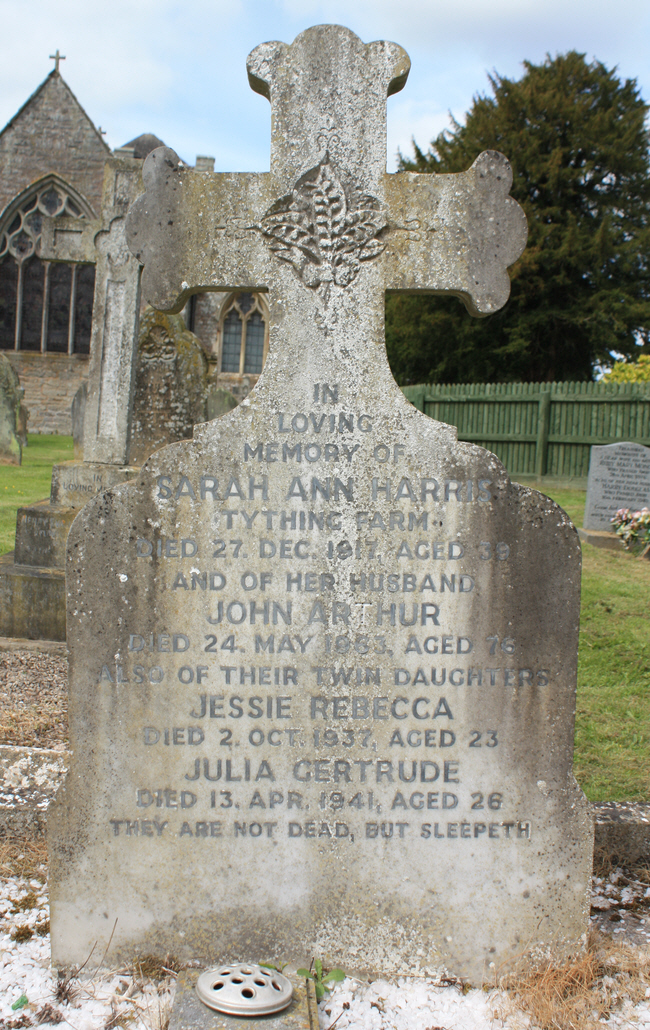 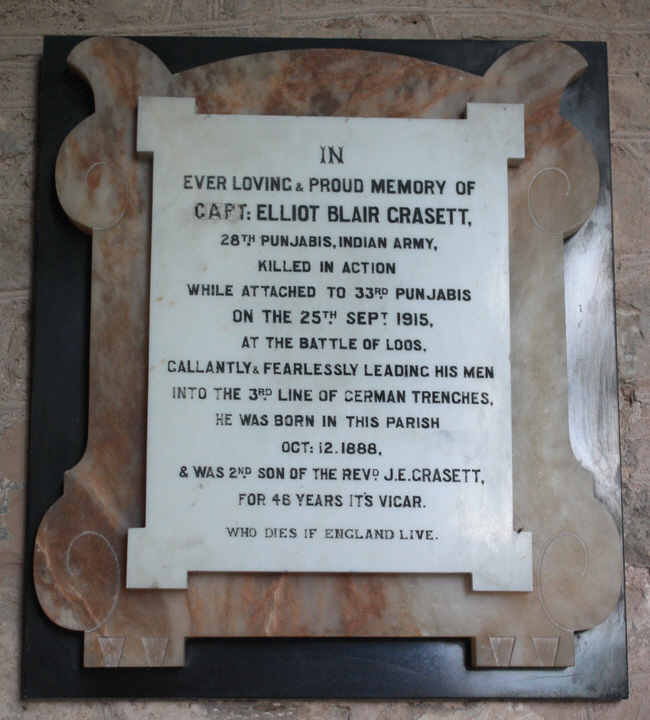 Killed "leading his men into the 3rd line of German trenches". 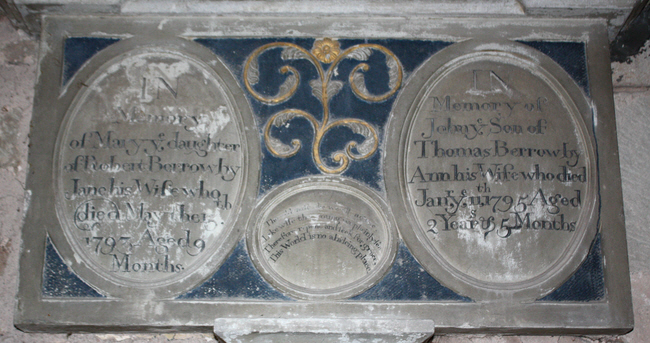 A memorial to two members of the Berrowby family who died at a young age.

The impressive memorial to Thomas Pateshall who died in 1790 and to his wife Ann who outlived him by over 29 years. 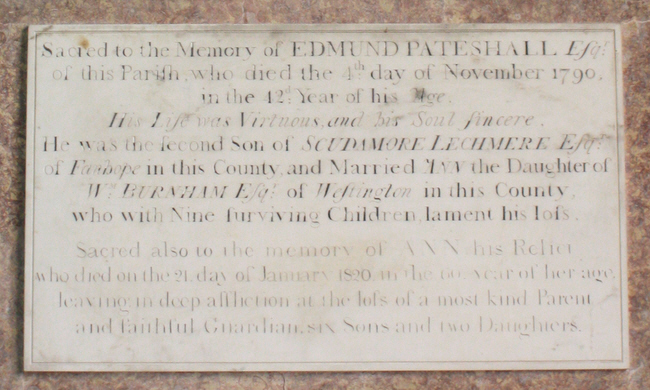 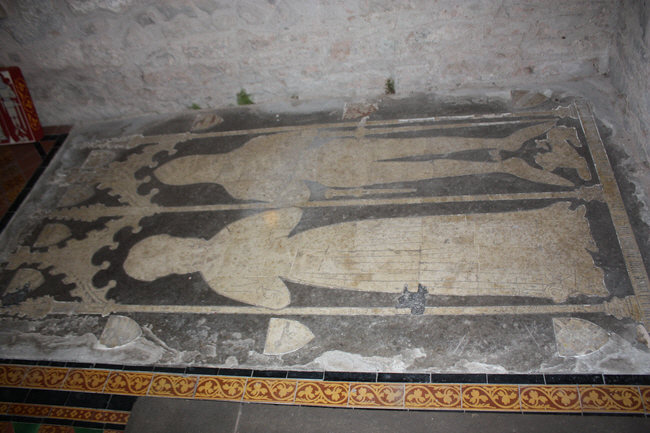 This is an unusual inlaid and incised slab to commemorate Sir Andrew Herley (died 1392) and his wife Juliana.