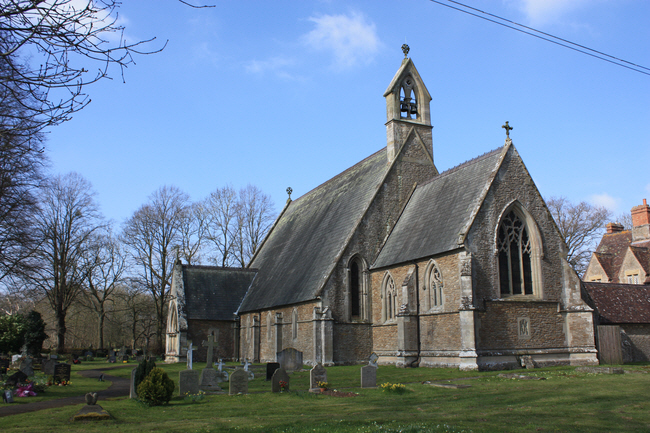 In 1846 the Hornyold family funded the building of a Catholic church in Hanley Swan. Our Lady and St Alphonsus, with adjoining presbytery, was built on land donated by Thomas Charles Hornyold and was paid for by his nephew John Vincent Gandolfi-Hornyold at a cost of £30,000 (£2m today). It was designed in the Gothic Revival style by the architect Charles Hansom, whose brother designed Birmingham Town Hall and also the Hansom cab. The furnishings, including a fine tiled floor made by Mintons, were by the architect and designer A W Pugin. 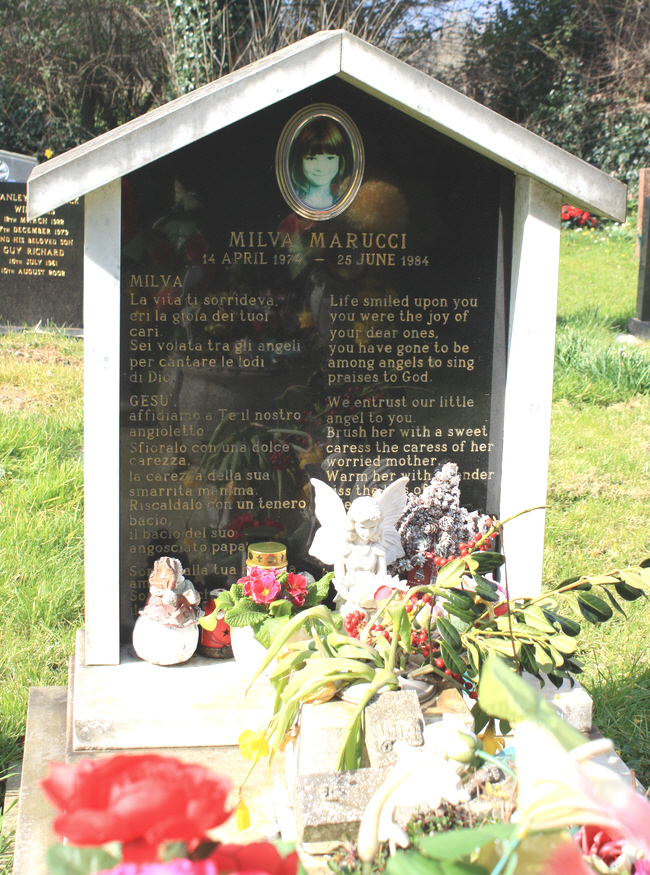 This is only the second entirely bi-lingual memorial we have discovered. 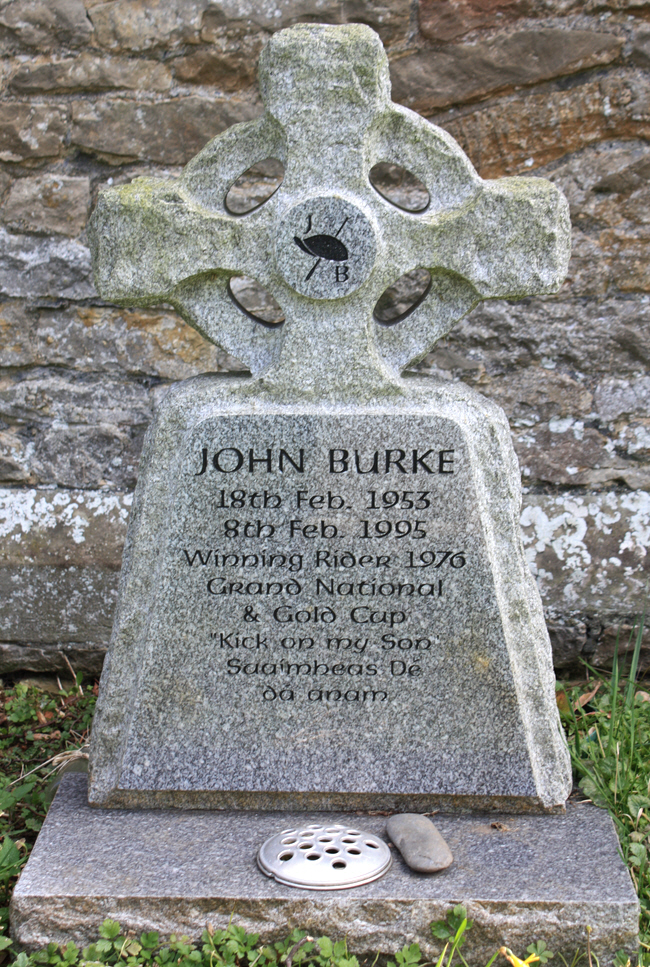 The famous jockey John Burke died of a heart attack at his home in Upton-upon-Severn on 8 February, 1995. He was 41. John Burke became in 1976 just the fifth jockey in history to win the Cheltenham Gold Cup and the Grand National in the same year, on Royal Frolic and Rag Trade respectively.