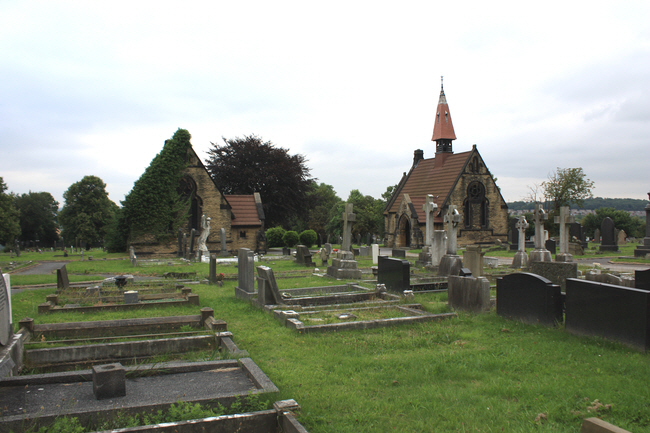 The sky gradually clouded over during our visit and the wind started to get stronger. 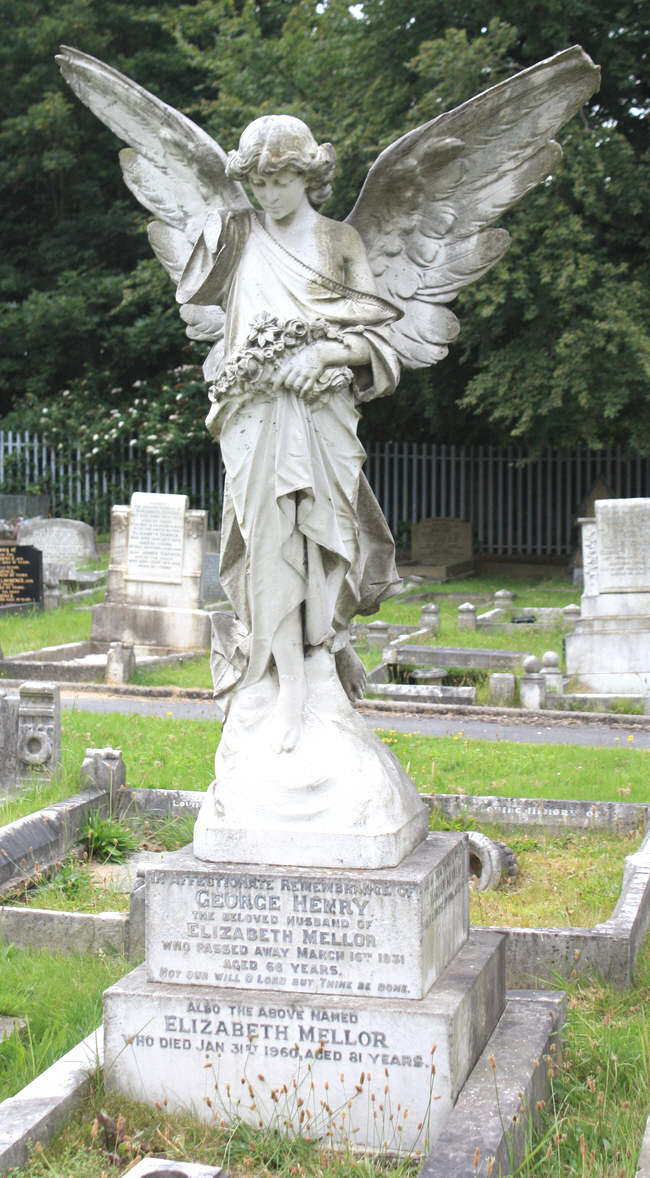 An elaborate and attractive statue of an angel standing guard over the deceased. 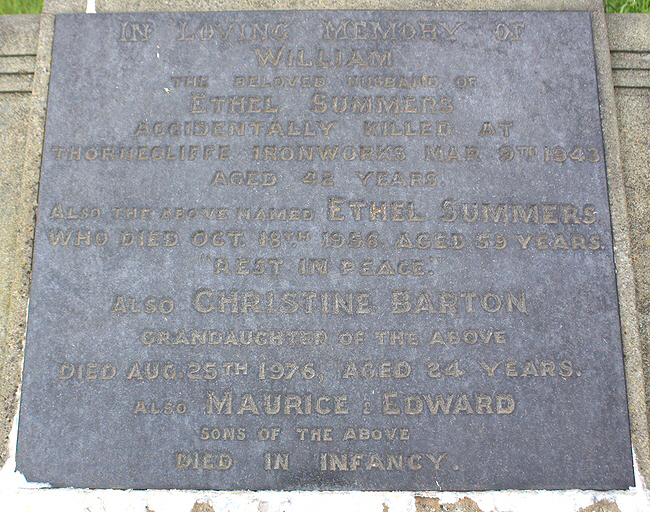 William Summers was killed at the Thornecliffe Ironworks in 1943. 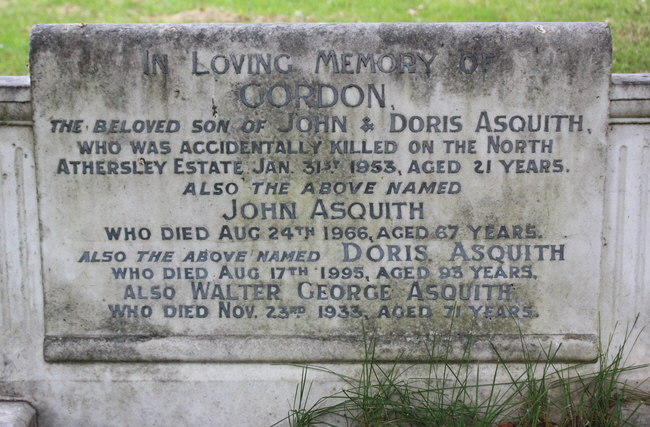 Gordon Asquith was accidentally killed on the North Athersley Estate in 1953. 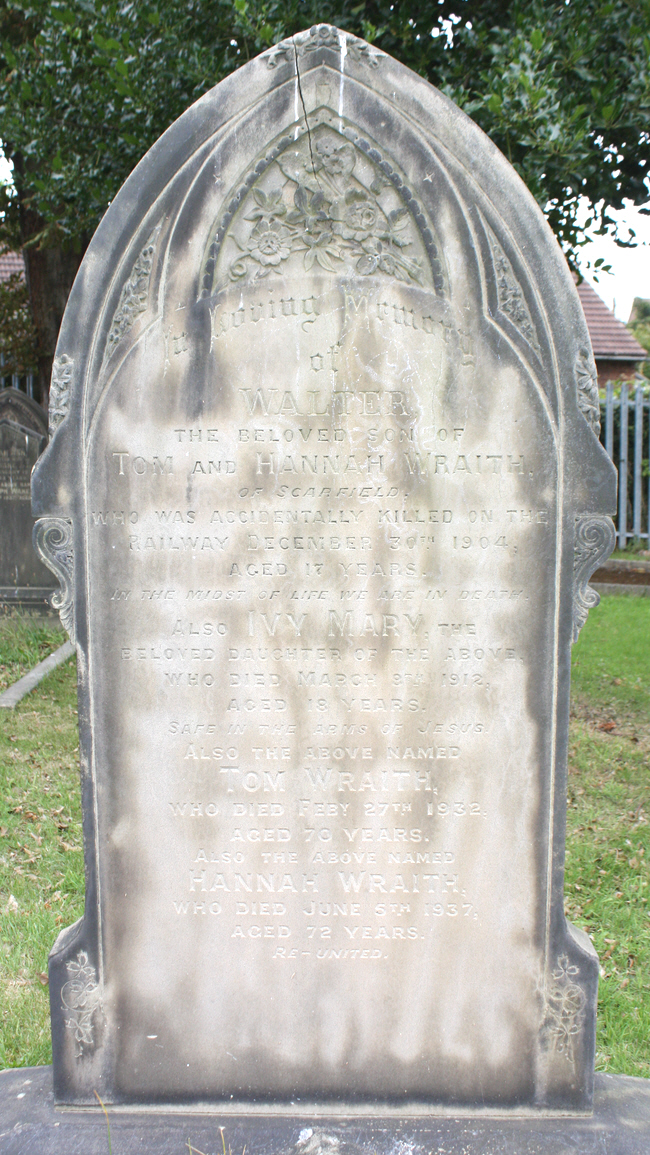 Walter Wraith was accidentally killed on the railway in 1904. 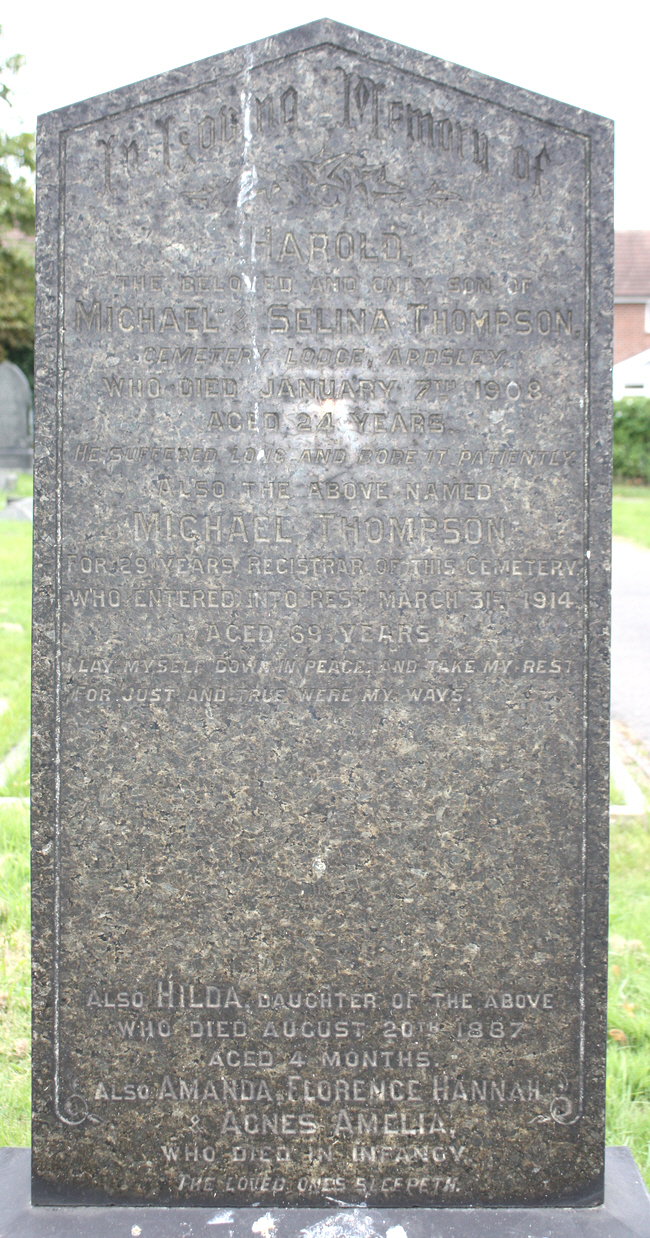 Registrar of the Ardsley Cemetery. 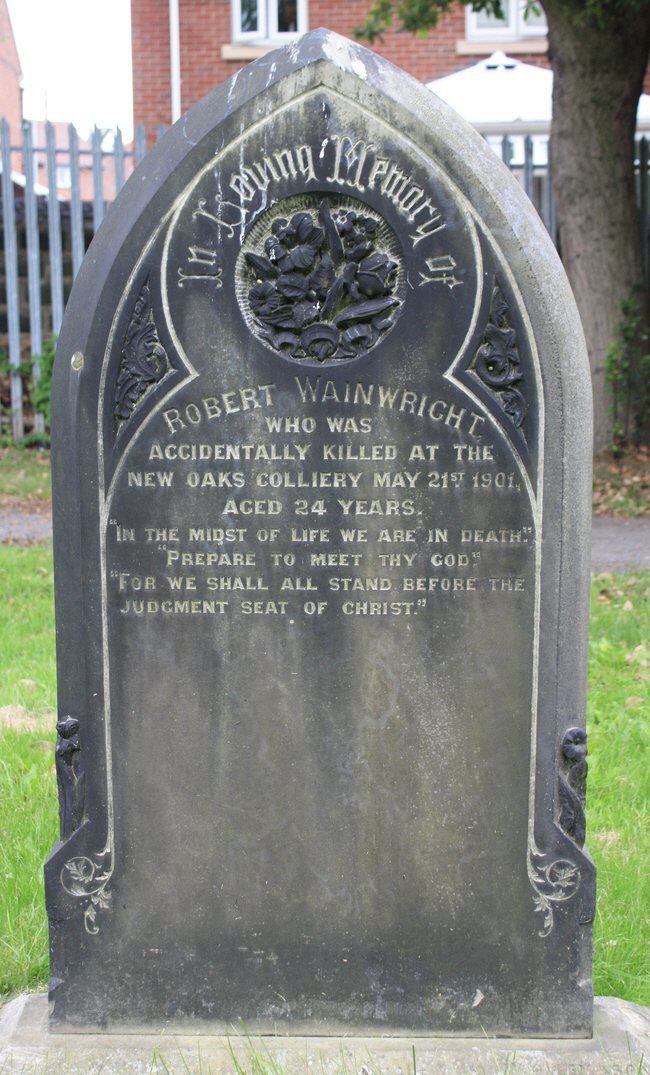 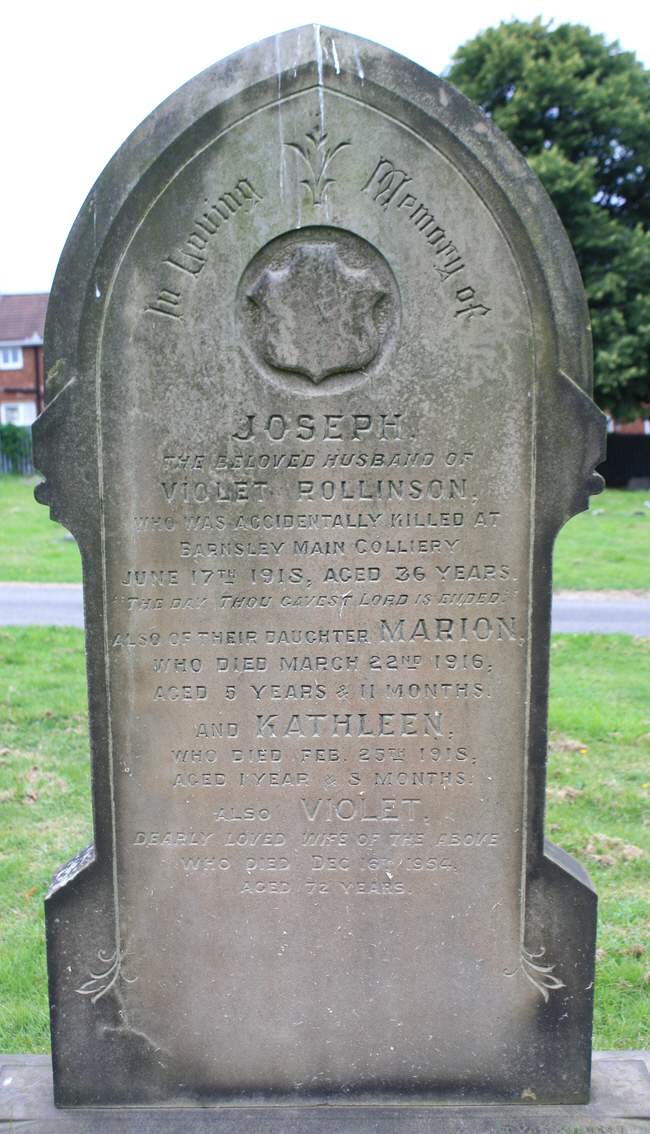 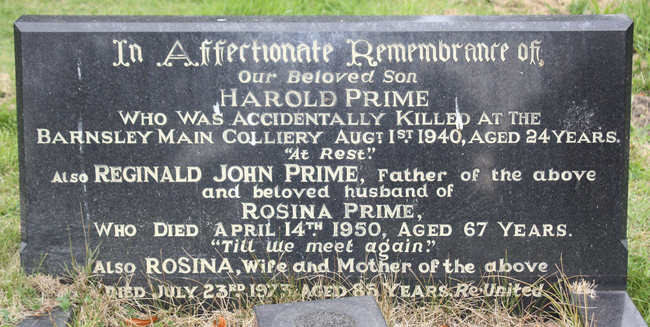 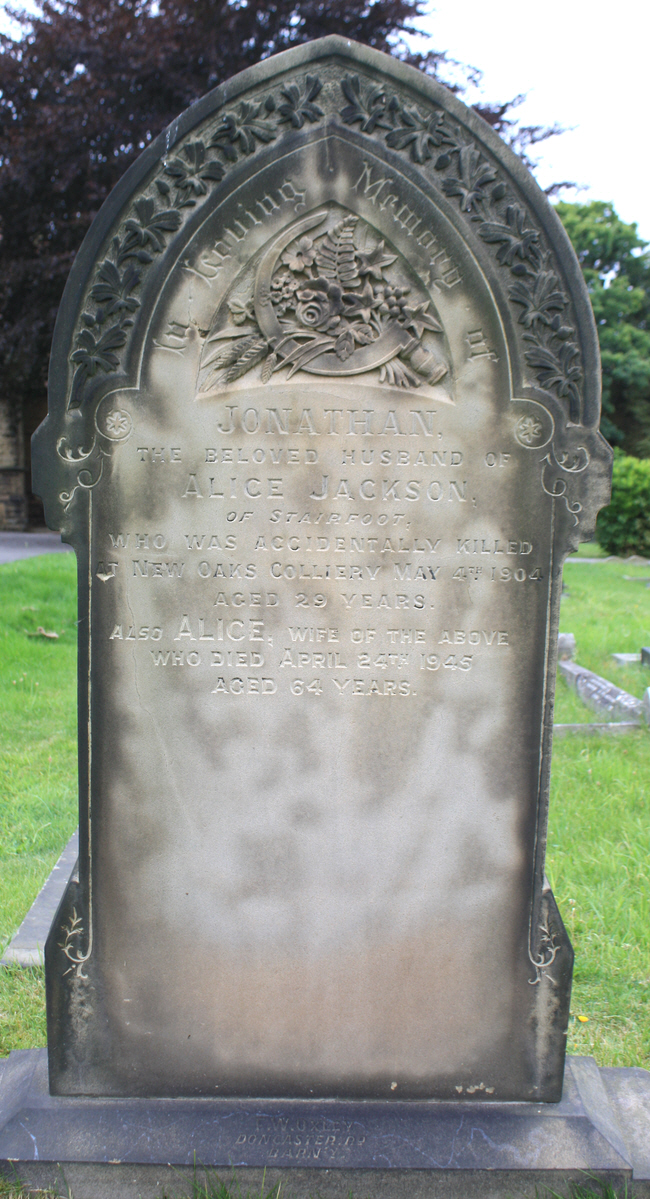 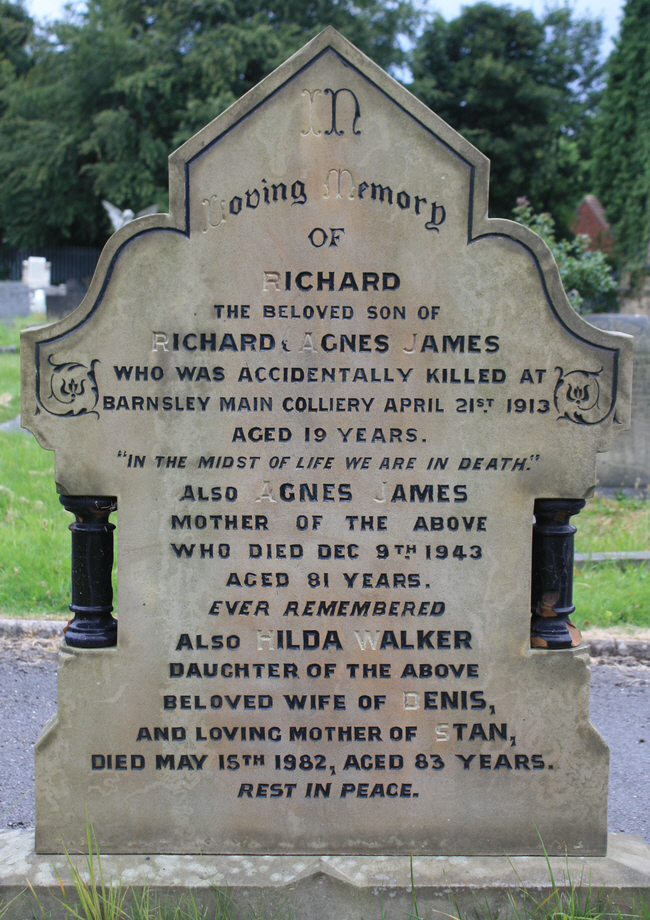 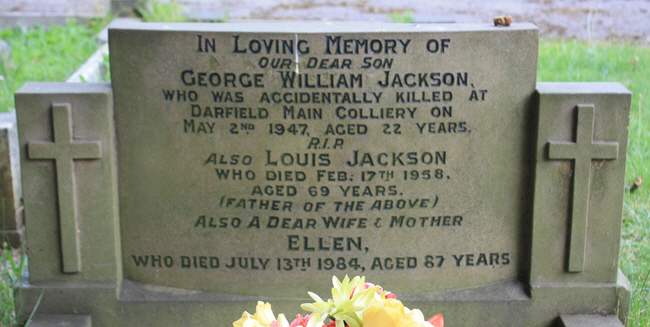