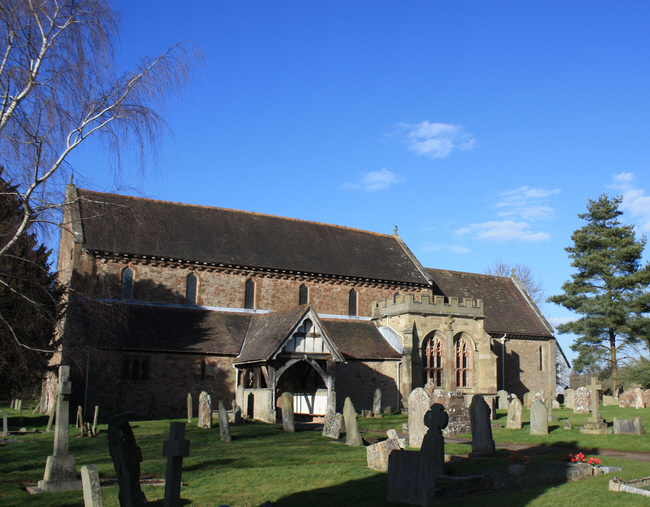 A fine transitional church, neither Norman nor Early English, built around 1180 adjoining the Bishop's Palace of Bosbury. The massive detached bell-tower was clearly built for defence some forty years later. Its spire was lost after being struck by lightning in 1638. 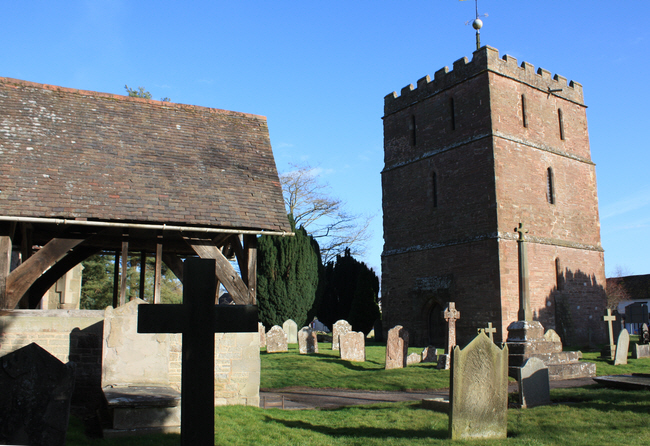 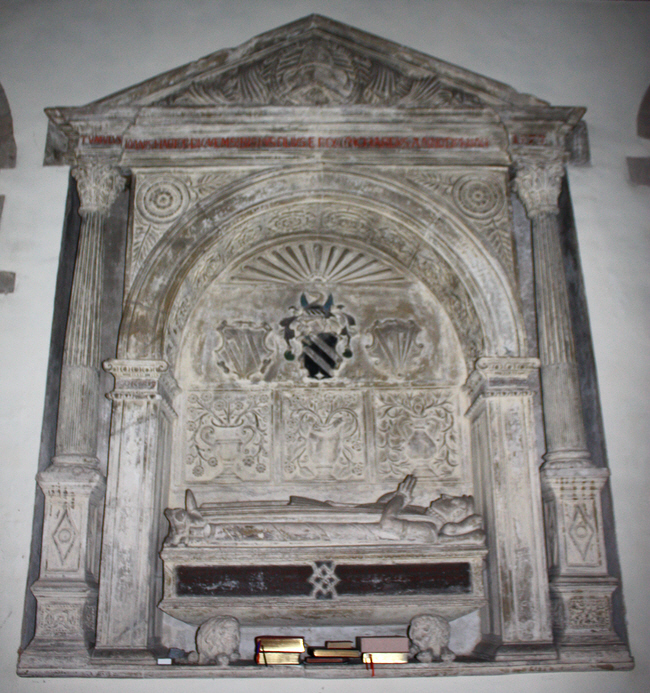 The Harfords have two vast renaissance style effigial monuments flanking the high altar. John Harford (died 1573) has the earliest known signed sculptural monument in the country: "John Guldo of Hereford". That of Richard (died 1578) and his wife Martha (died 1601) is somewhat later in date. 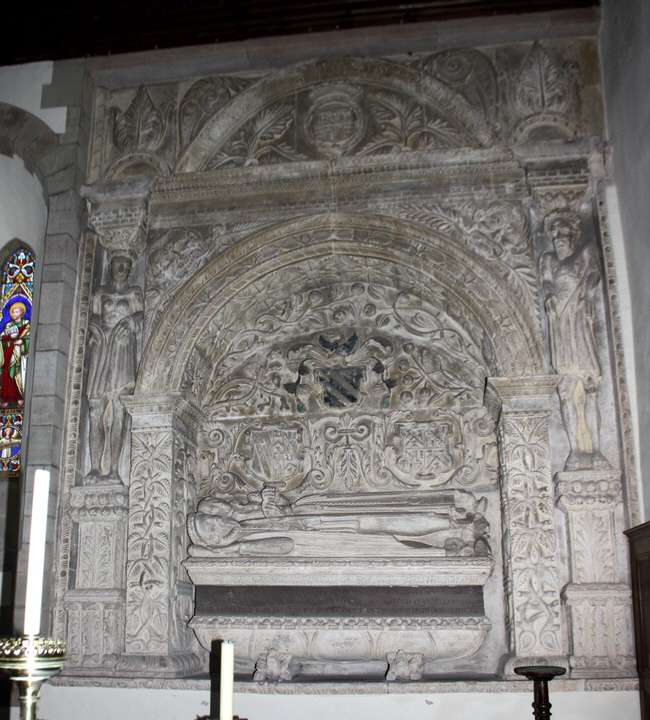 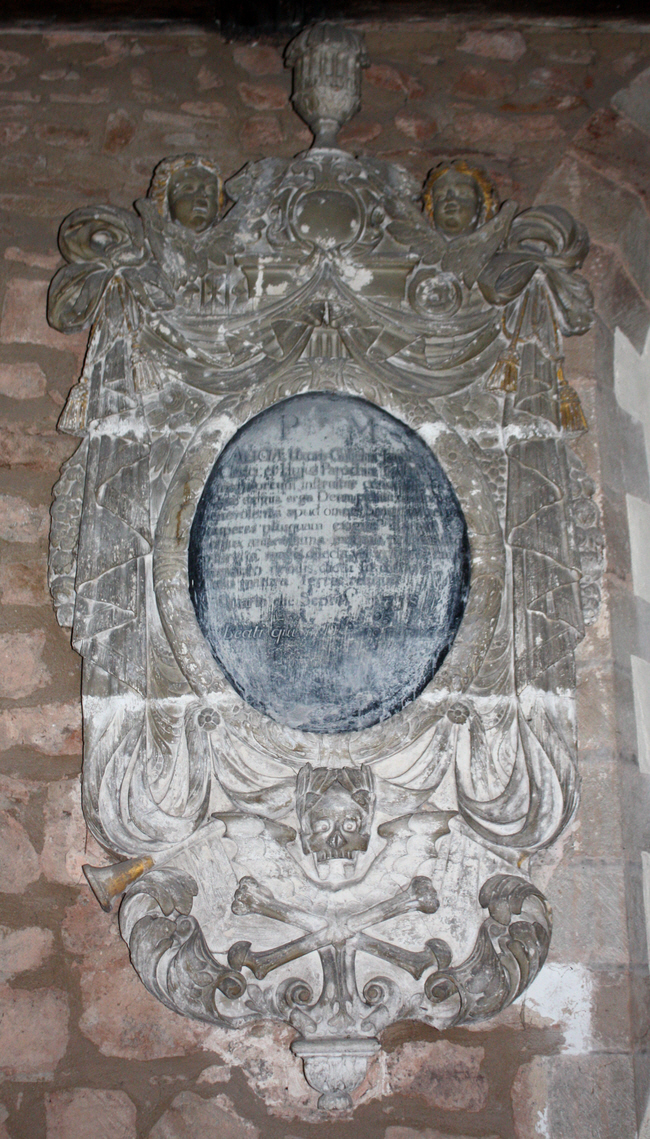 We loved the skull and crossbones that formed such a key feature of the design. 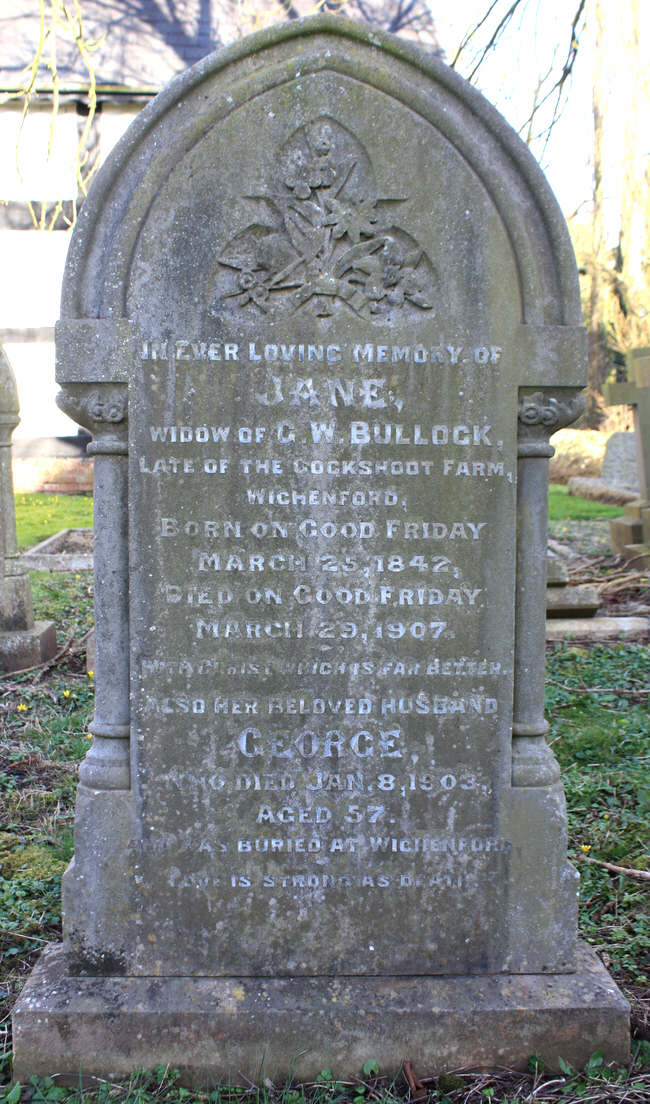 Jane was born and died on Good Friday - 65 years apart. 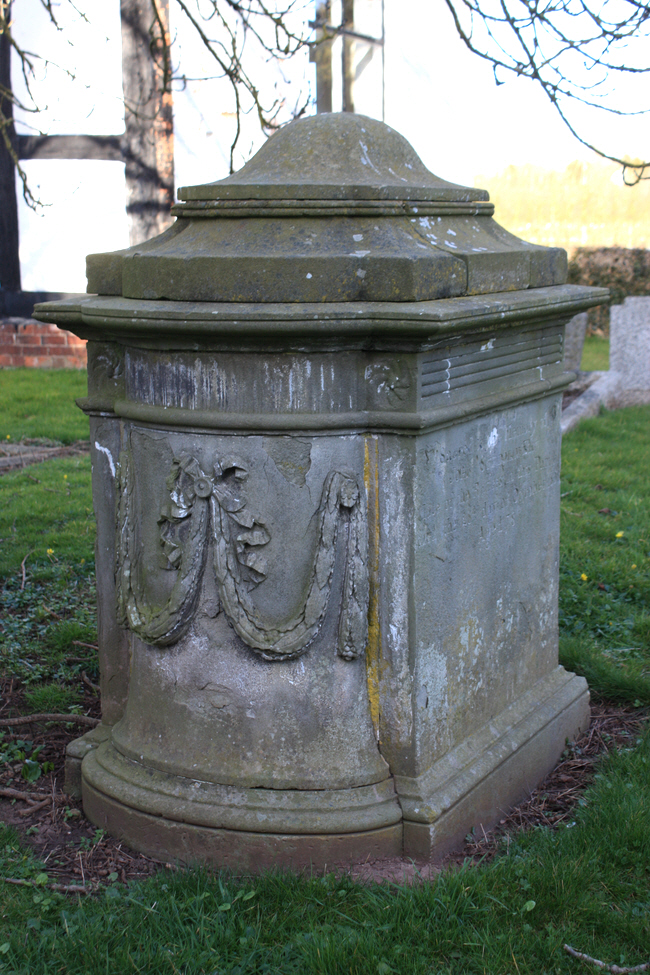 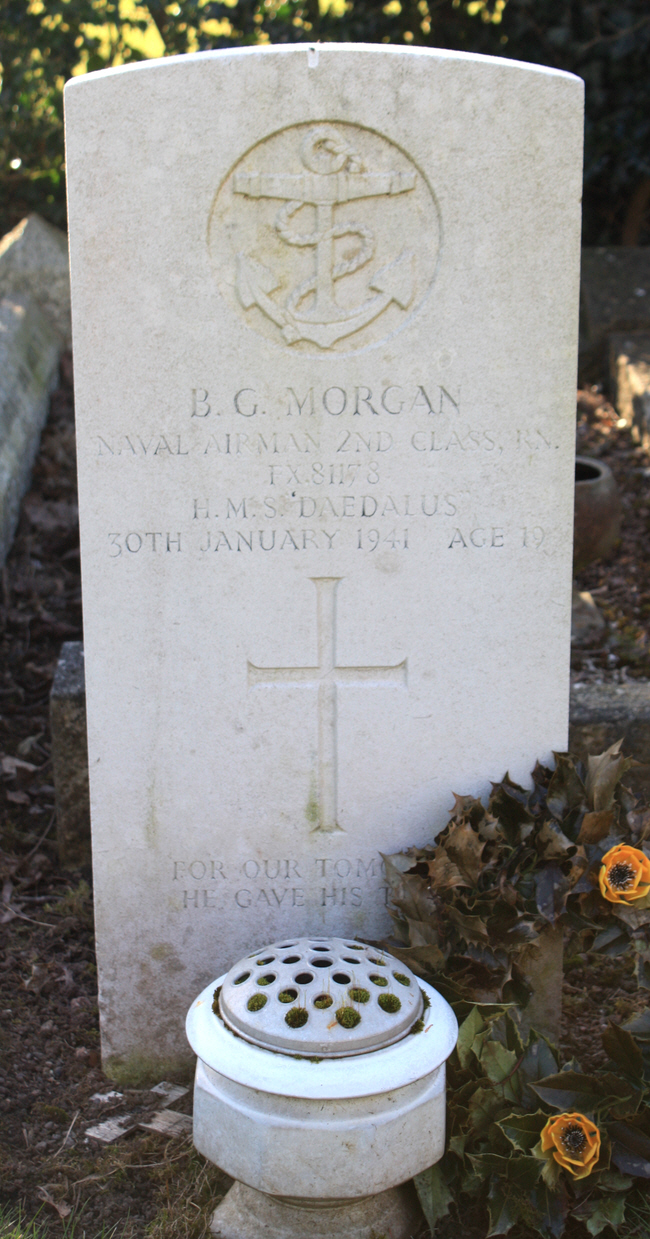 With the expansion of the RAF during the 1930s Parliament decided that the Fleet Air Arm should transfer to the Admiralty. As a consequence, on 24 May 1939, HQ RAF Coastal Command moved to Northwood and Lee-on-Solent was commissioned as HMS Daedalus, becoming Headquarters of Flag Officer Air (Home).