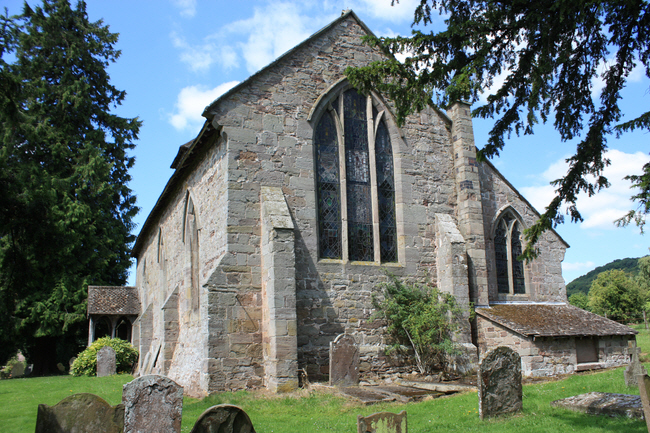 One of ‘England’s Thousand Best Churches’ according to the author Simon Jenkins, this small church, is set on a fortified site next to a lake in the shadow of Credenhill Iron Age Fort 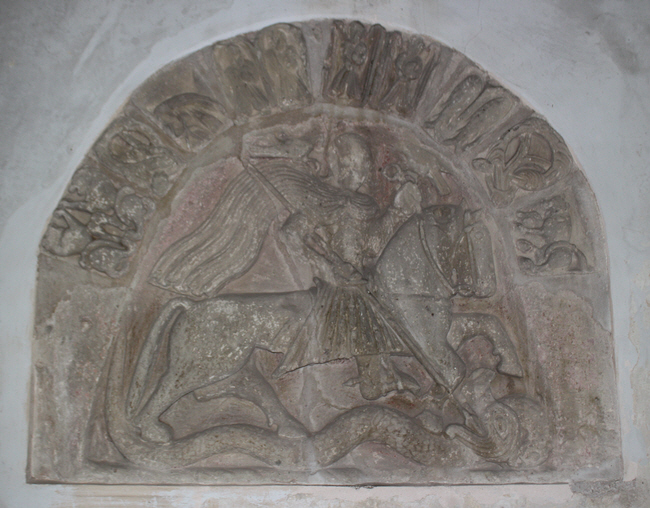 The tympanum of St. George is of the 12th century Herefordshire School. 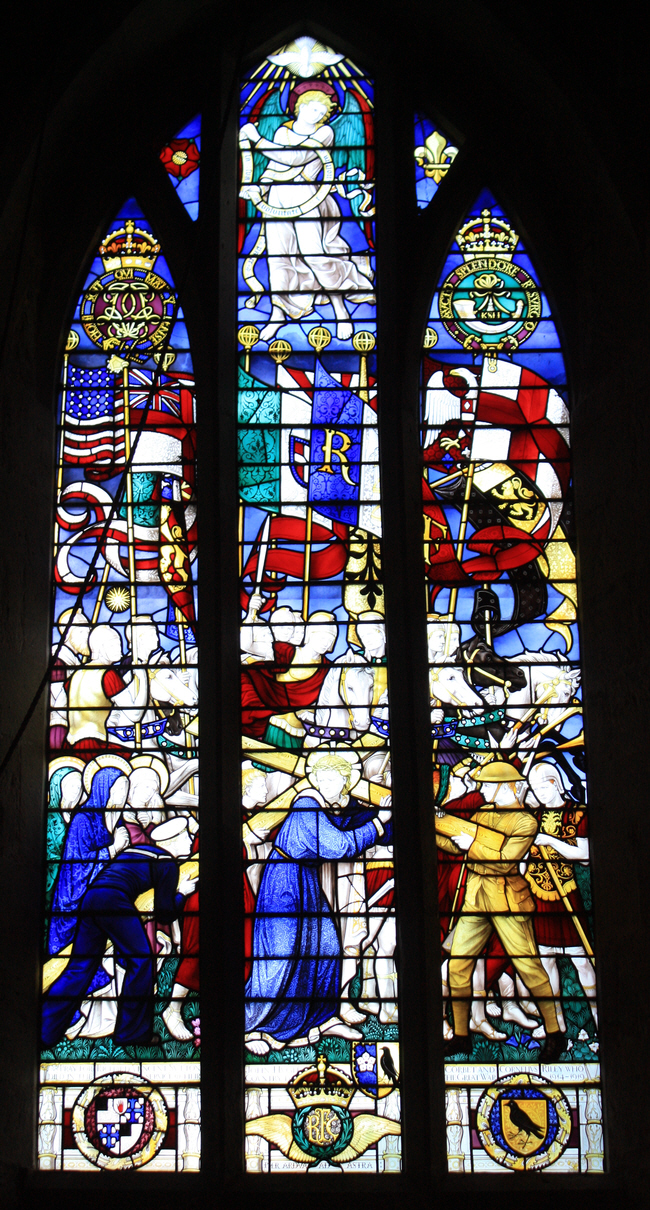