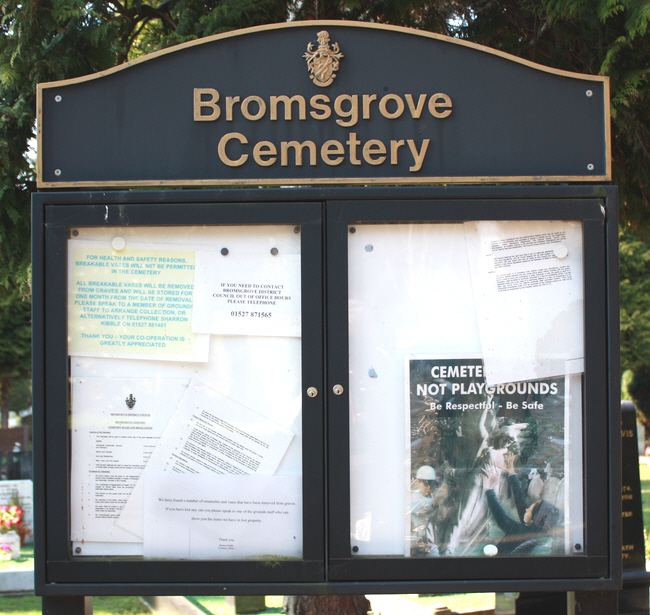 This is the first cemetery we have visited that didn't have anywhere for visitor to park their cars. Given the large size of the cemetery, in two halves with a suburban road running down the middle, this was a very strange omission. 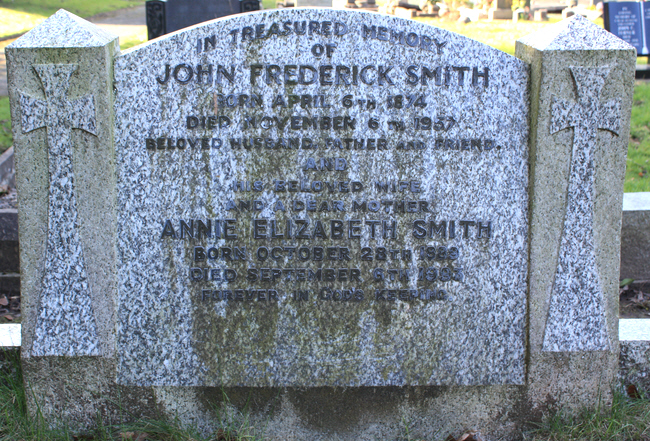 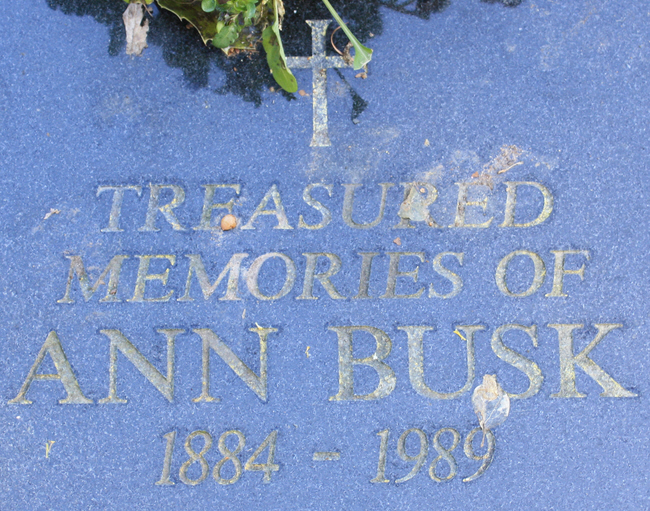 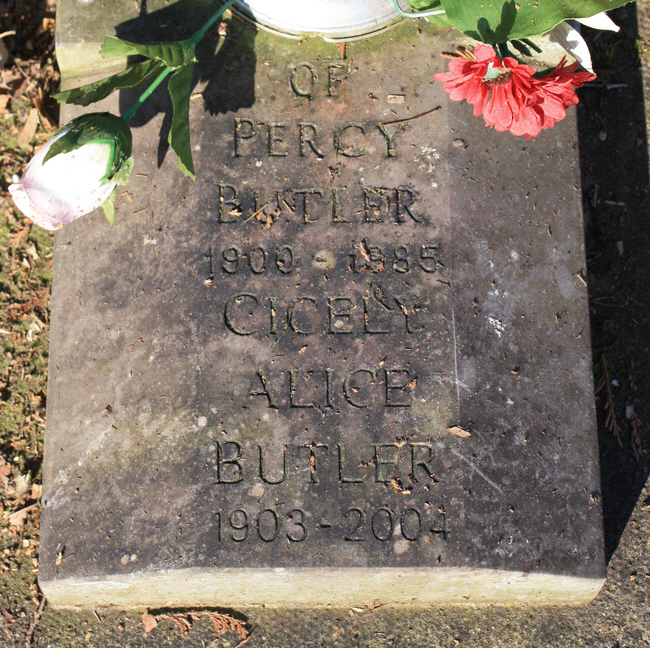 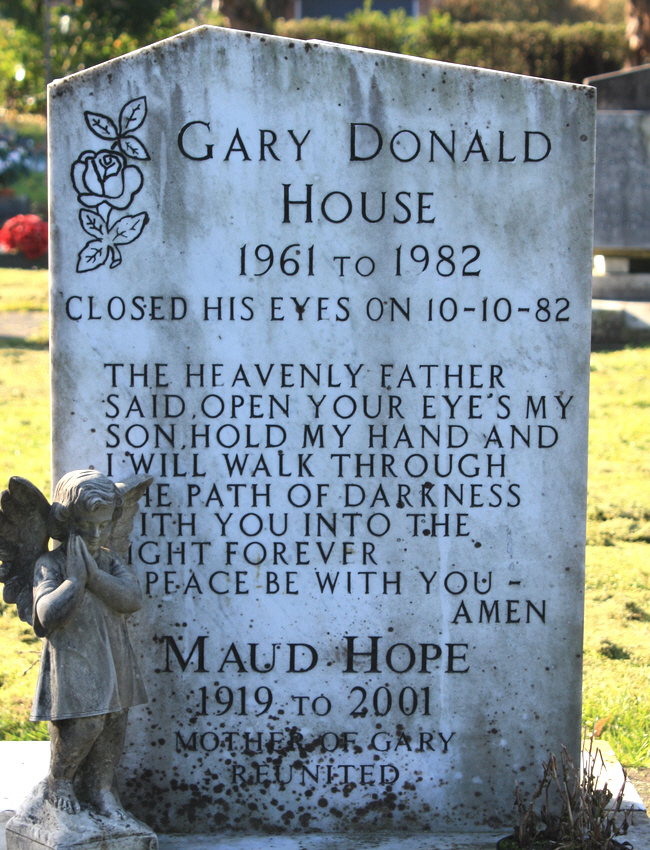 Oh dear. Look at the unneeded apostrophe in eye's! 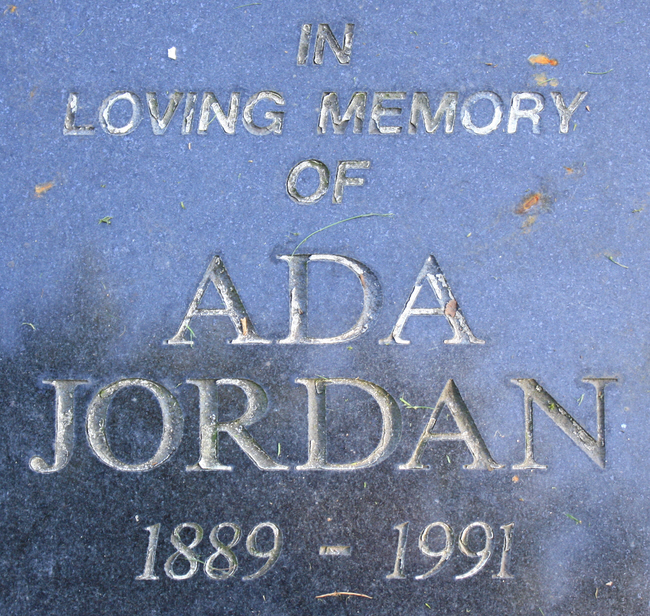 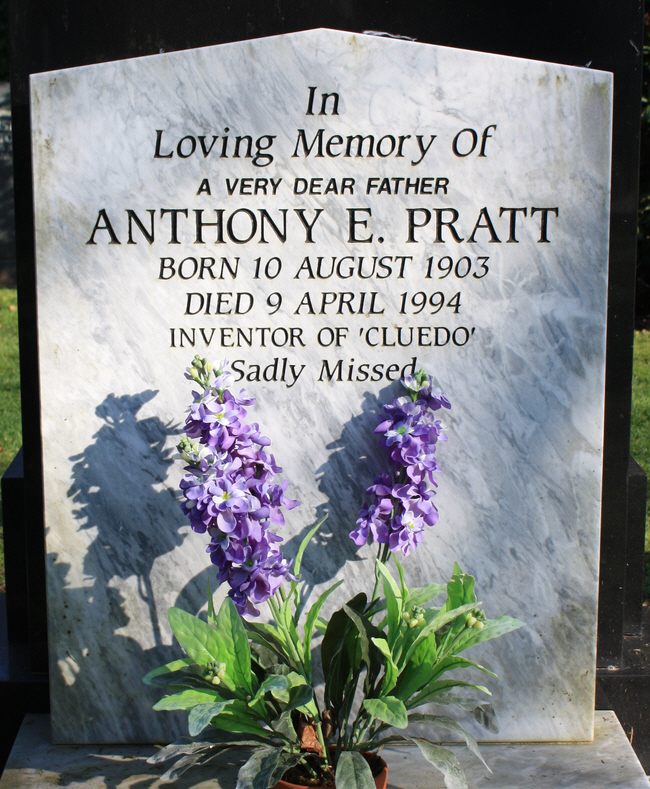 Cluedo is a game I played many times as a child. 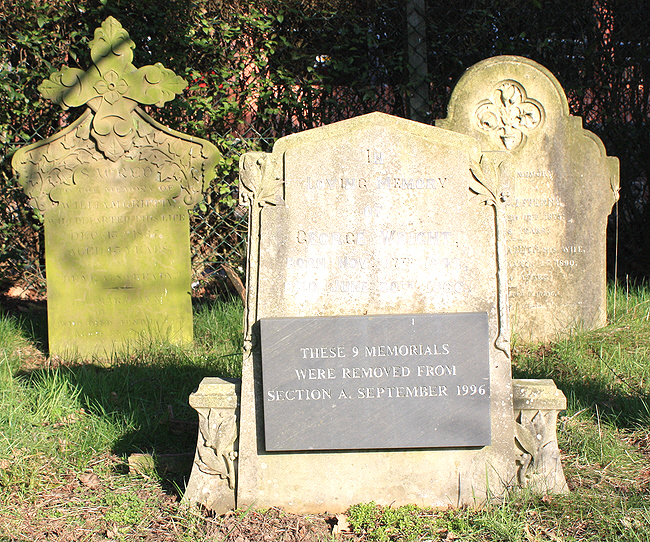 Moving a memorial is just about acceptable. What a shame that the board recording the fact is neither central nor straight. 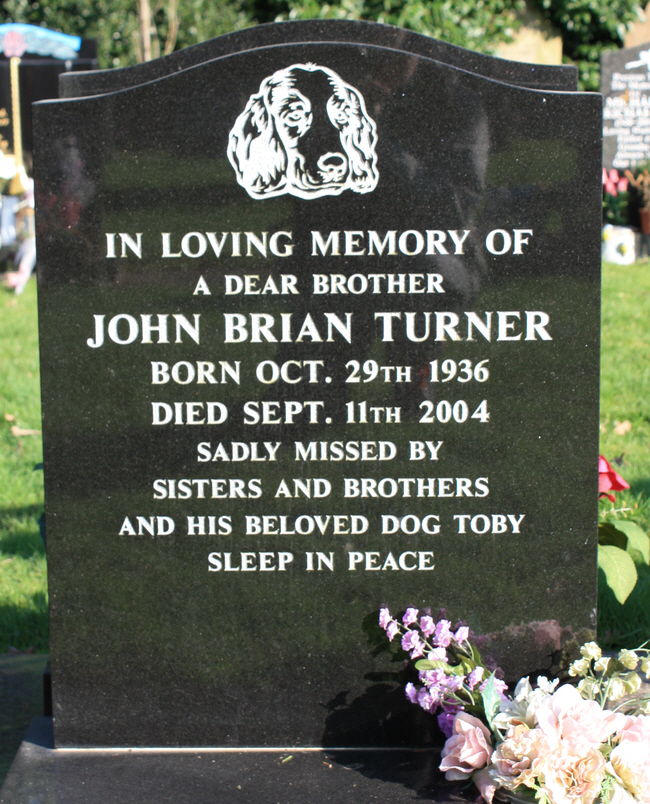 The dog Toby must have been an important member of the family. 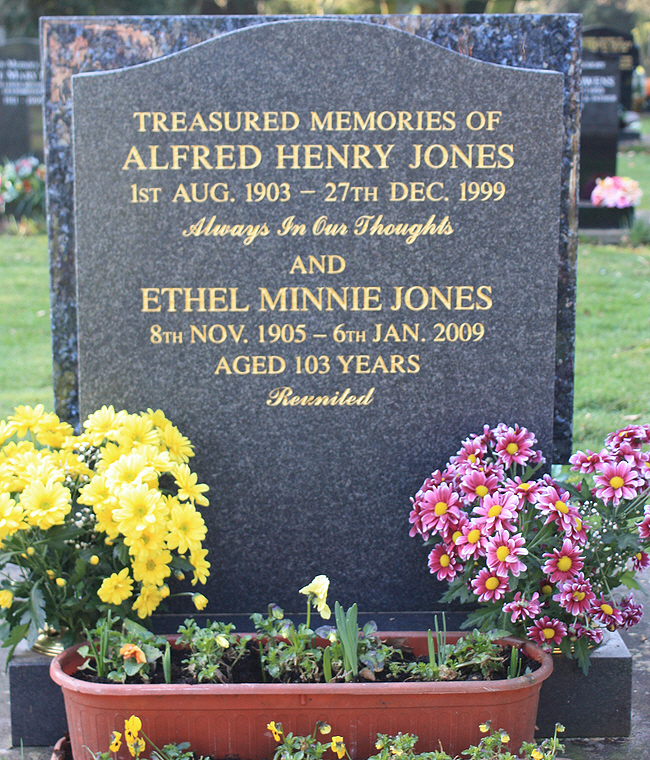 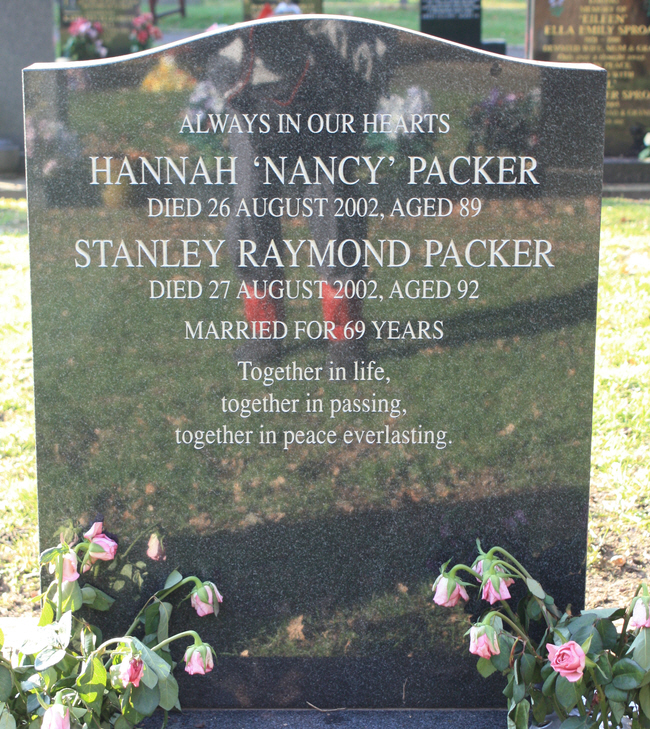 Married for 69 years and then died on consecutive days. These very shiny graves are almost impossible to photograph without getting the unwanted reflection of the photographer. 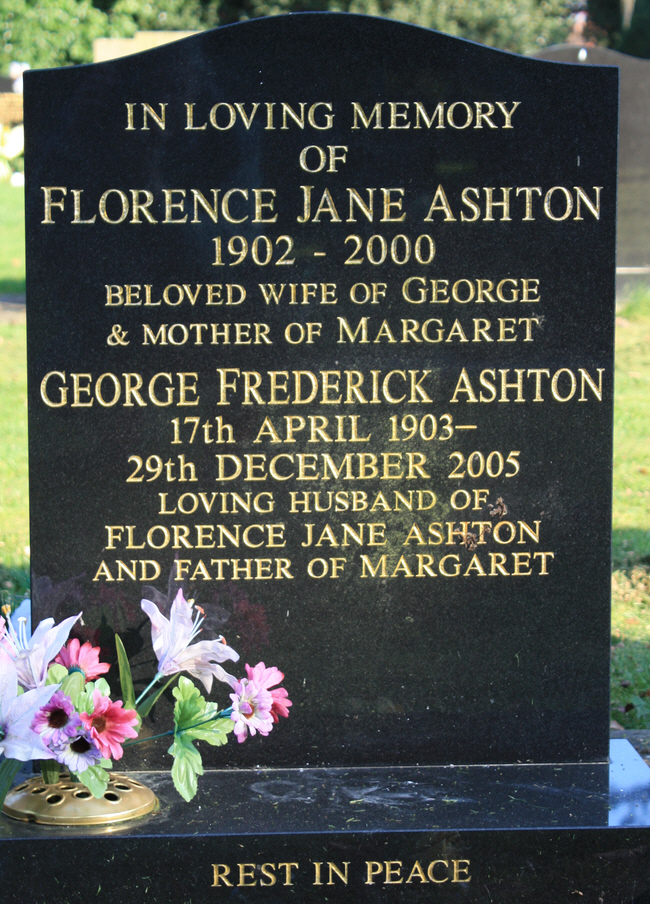 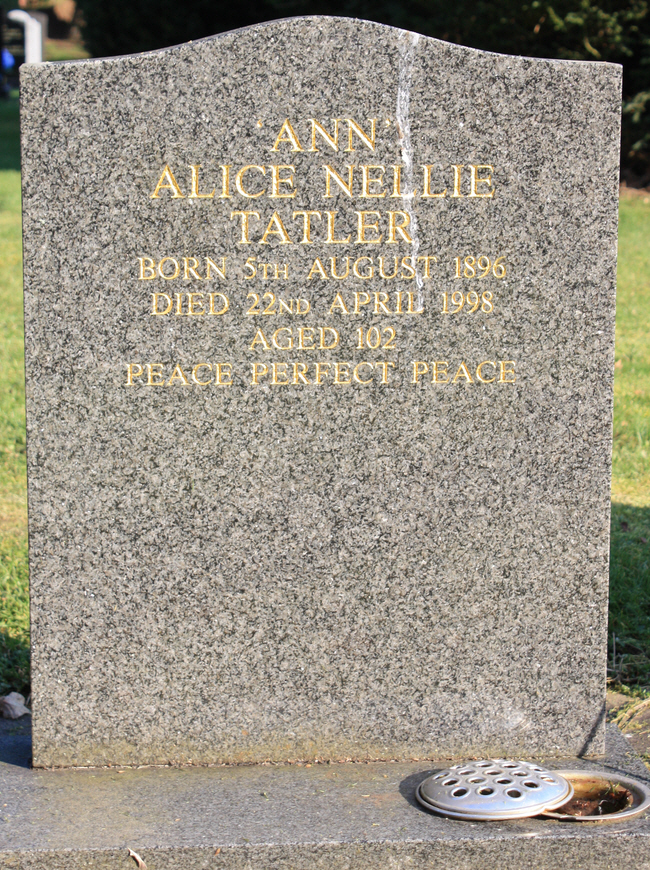 This is probably the least informative memorial we have ever seen. 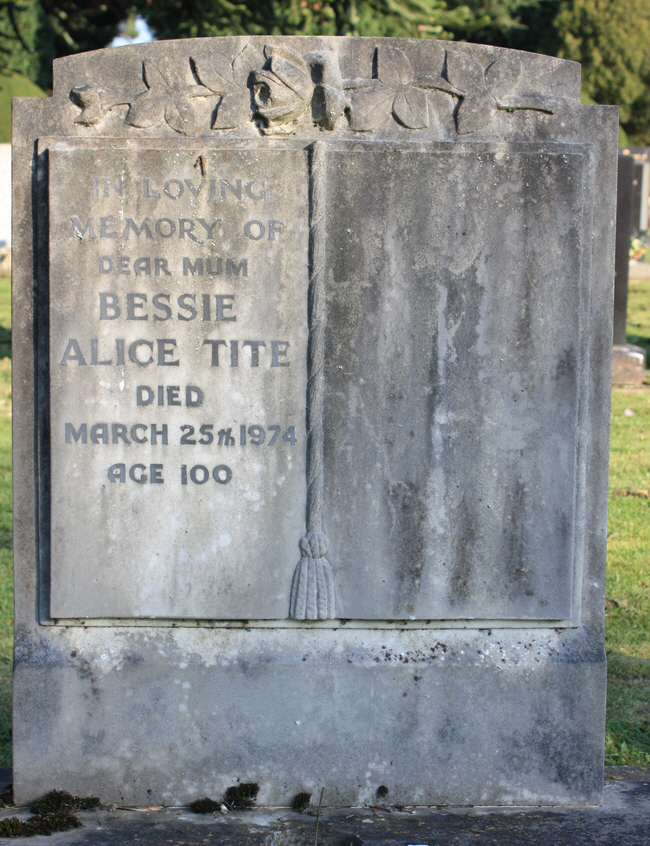 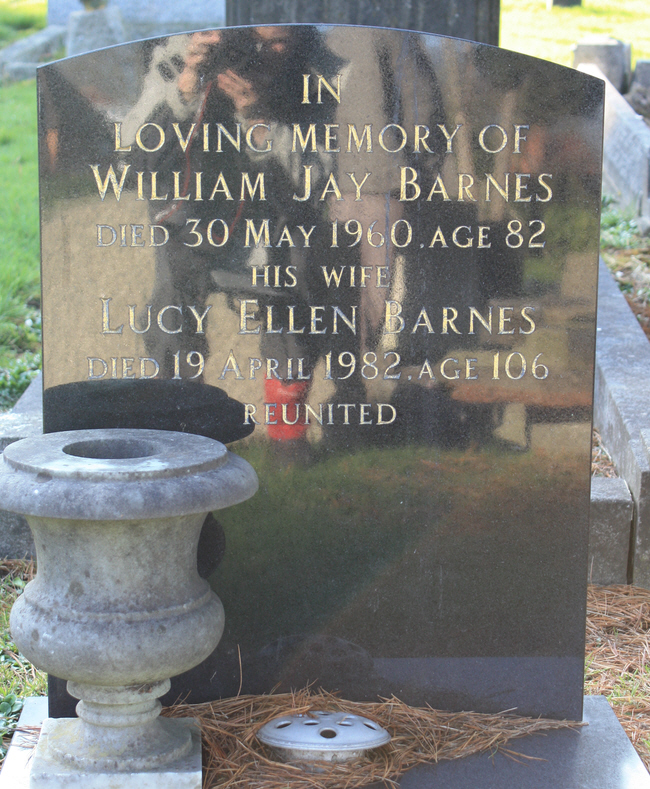 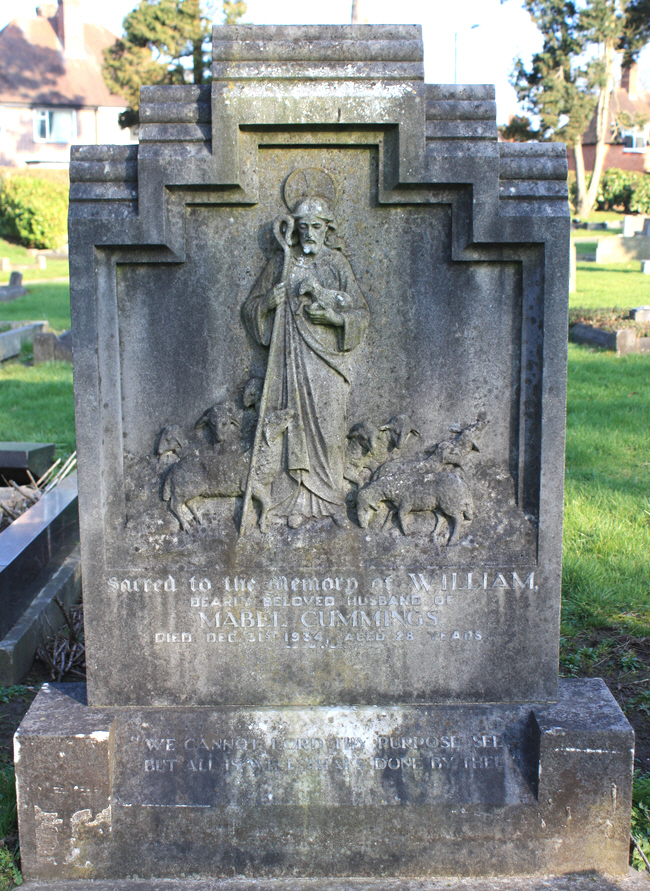 There was some particularly elaborate carving on this stone. 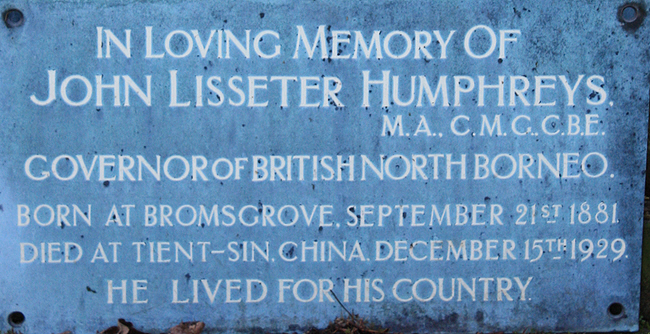 John Lisseter Humphreys, a career diplomat, died while on leave in China. 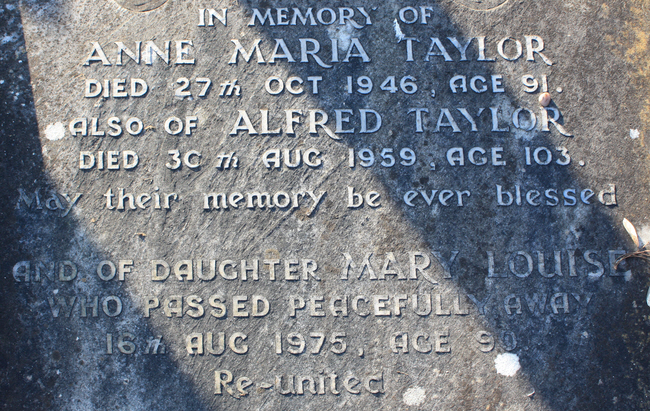 This page was last updated on March4th 2011.