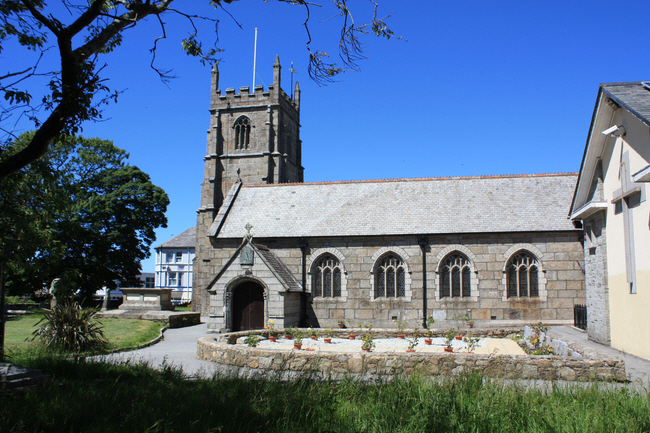 There was a massive churchyard behind the, locked, church but as the foliage is only mown twice a year much of the site was unsafe to survey. 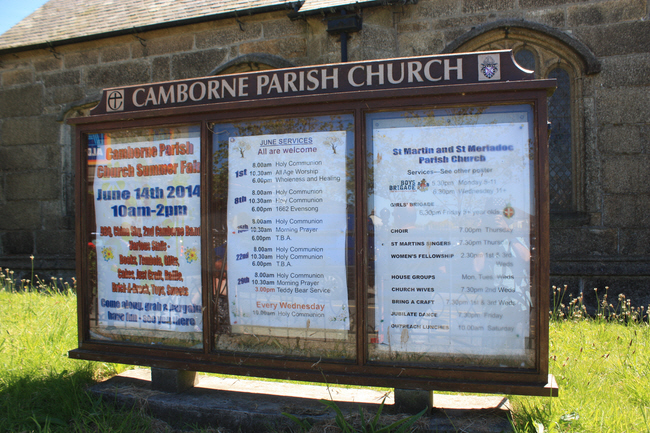 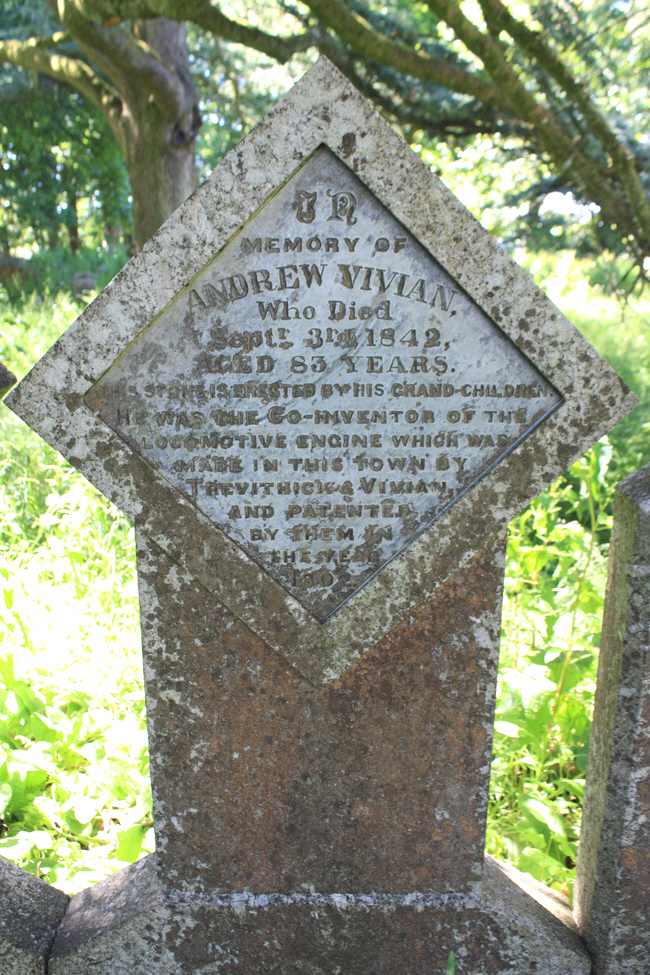 Andrew Vivian (1759–1842) was a British mechanical engineer, inventor, and mine captain of the Dolcoath mine in Cornwall, England. In partnership with his cousin Richard Trevithick, the inventor of the "high pressure" steam engine, and the entrepreneur Davis Giddy, Vivian financed the production of the first steam carriage and was granted a joint patent for high pressure engines for stationary and locomotive use in March 1802. 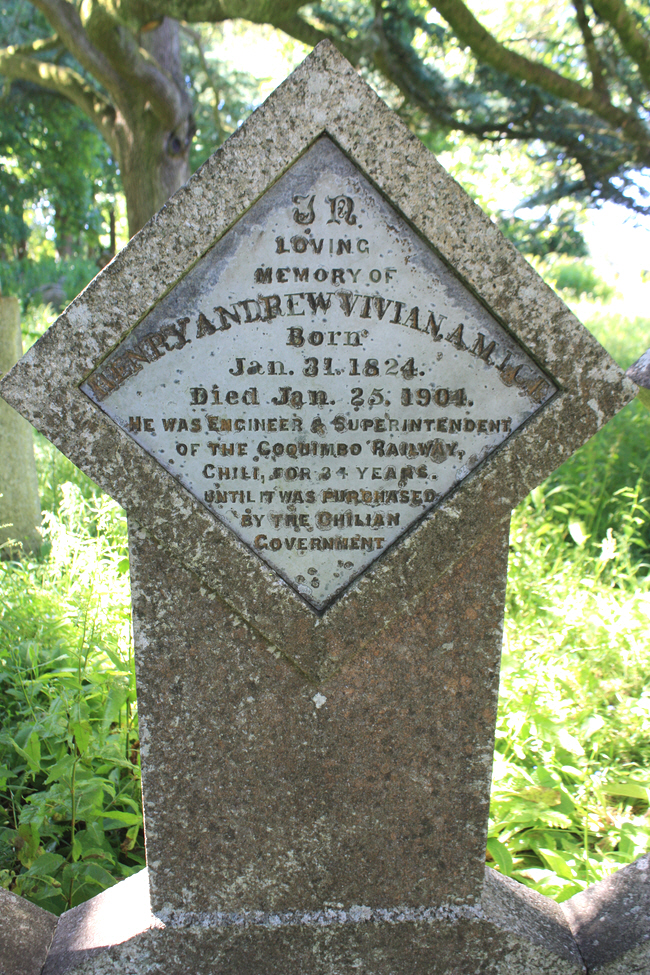 Henry Andrew Vivian was born at Camborne in 1824. In June 1860 he went to Chile in the service of the Copiapo Smelting Company, and after eighteen months was appointed Engineer for the Copiapo Railway extension from Pabellon to Chanarcillo. In October, 1864, he became Manager and Engineer of the Coquimbo Railway, which post he held until 1896, when the line was purchased by the Chilian Government. 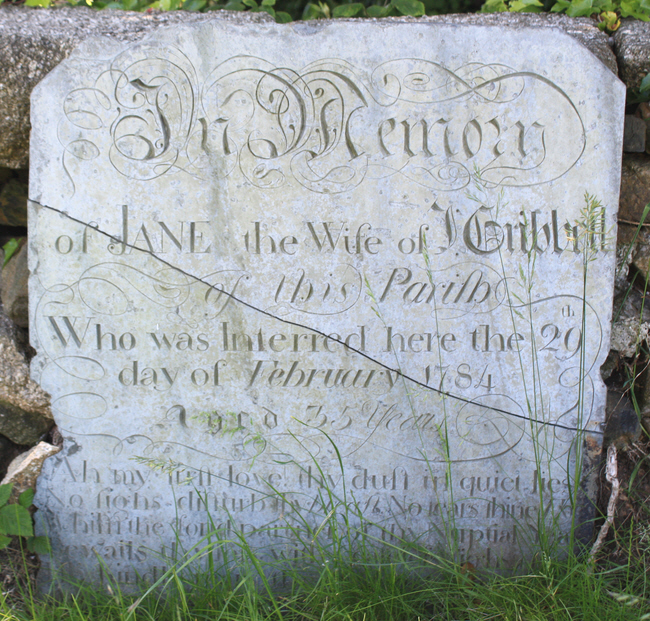 We like these old fashioned gravestones with their wide variety of different font styles and sizes. 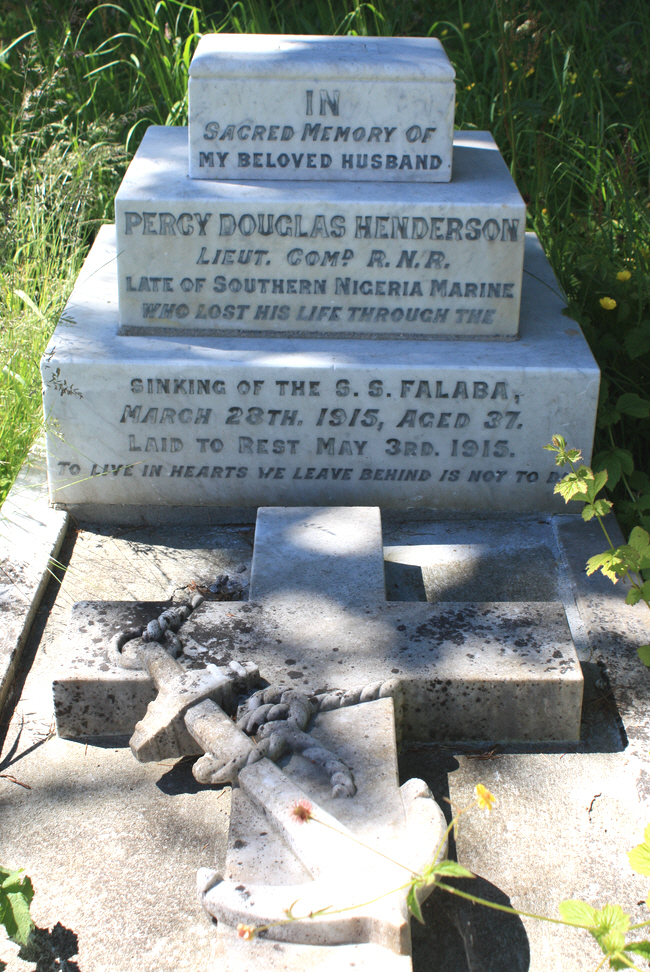 The Falaba was a 5,000 ton British passenger-cargo ship. It was sunk on 28 March 1915 by the German submarine U-28, which was commanded by Baron Forstner. Falaba was off the southern Irish coast when U-28 surfaced and stopped the British ship. U-28 fired a single torpedo into Falaba, resulting in 100 deaths, including that of one US citizen, Leon Thresher, a mining engineer headed towards the Gold Coast in Africa (now the country of Ghana). 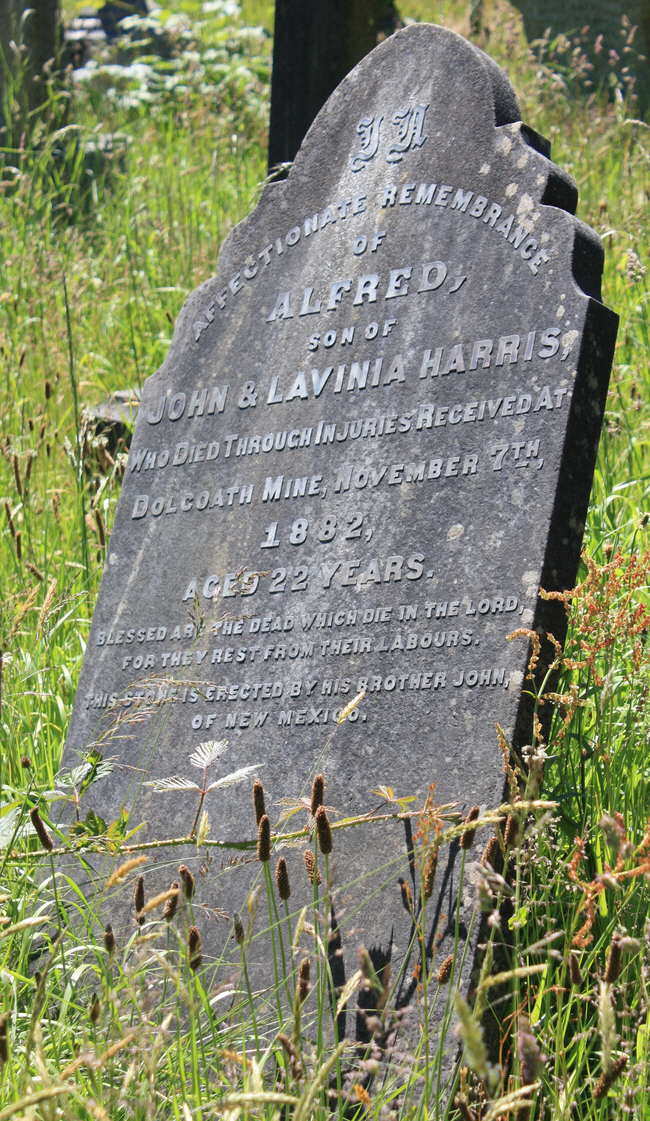 Alfred Harris "died through injuries received at the Dolcoath Mine" in 1882.