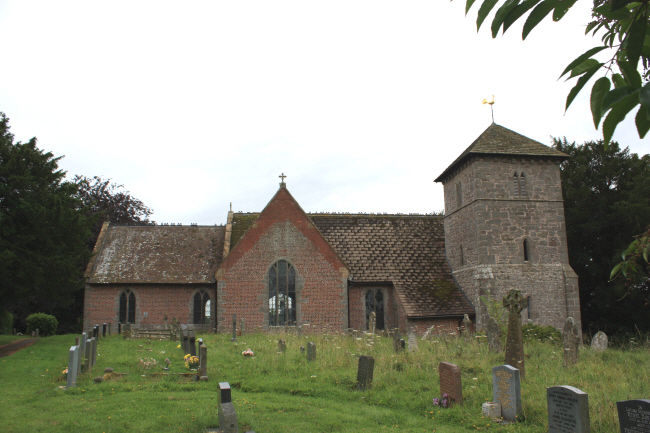 Very little remains of the old church, except for the 13th century tower which has 5 bells but the stone piscina kept in the vestry indicates an even earlier foundation. The nave, chancel and porch were re-built in 1706 and further restoration took place in 1868-1869. 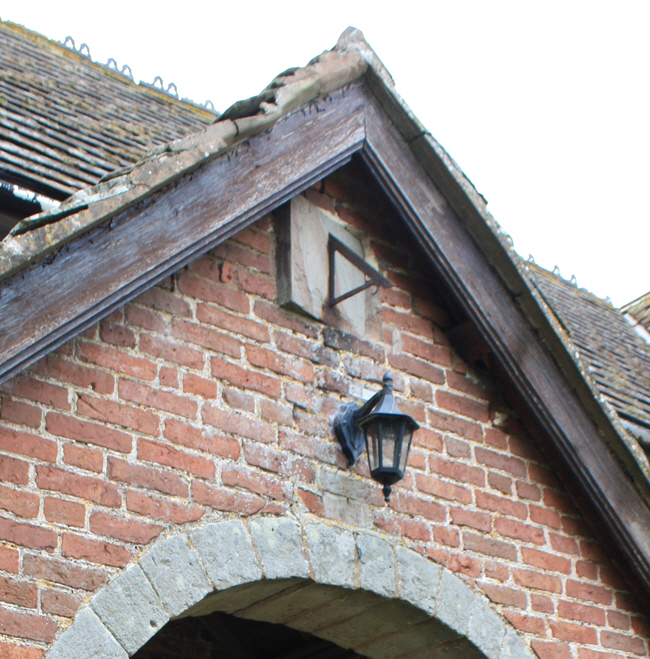 The sun-dial is set an angle to the wall showing that the church was not built on an exact east-west orientation. 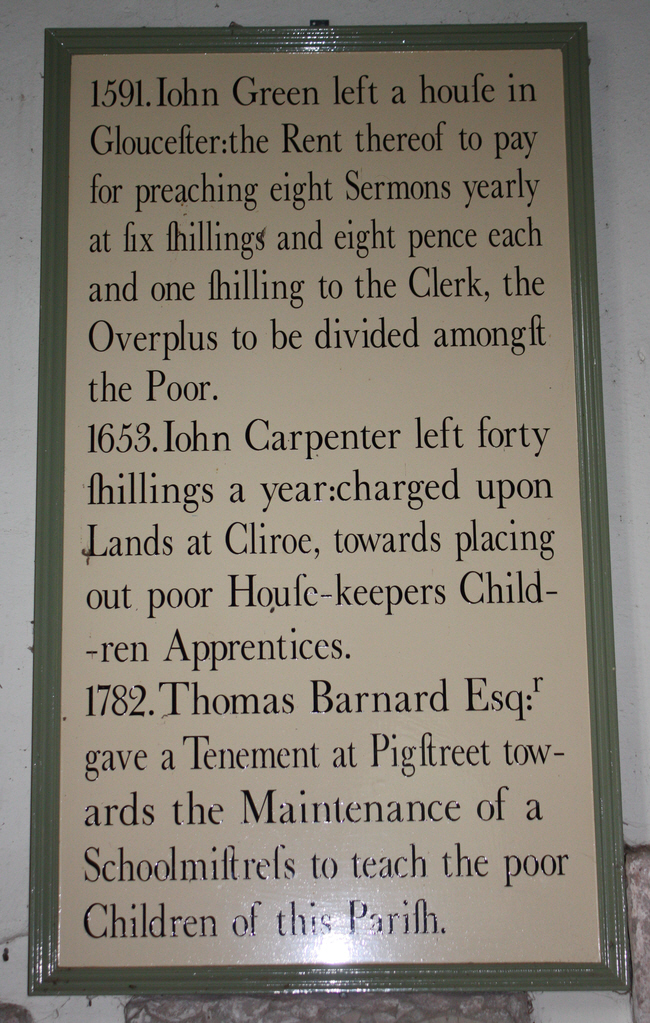 A, restored, list of benefactors to the local community. 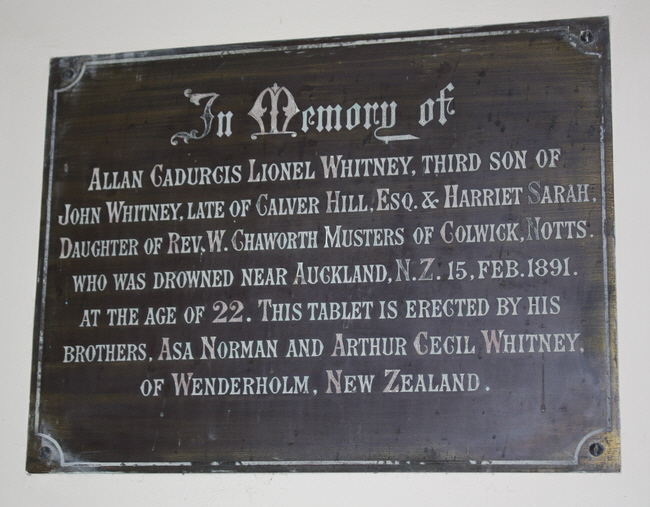 Allan Whitney was drowned in New Zealand in 1891. He was only 22 years old. 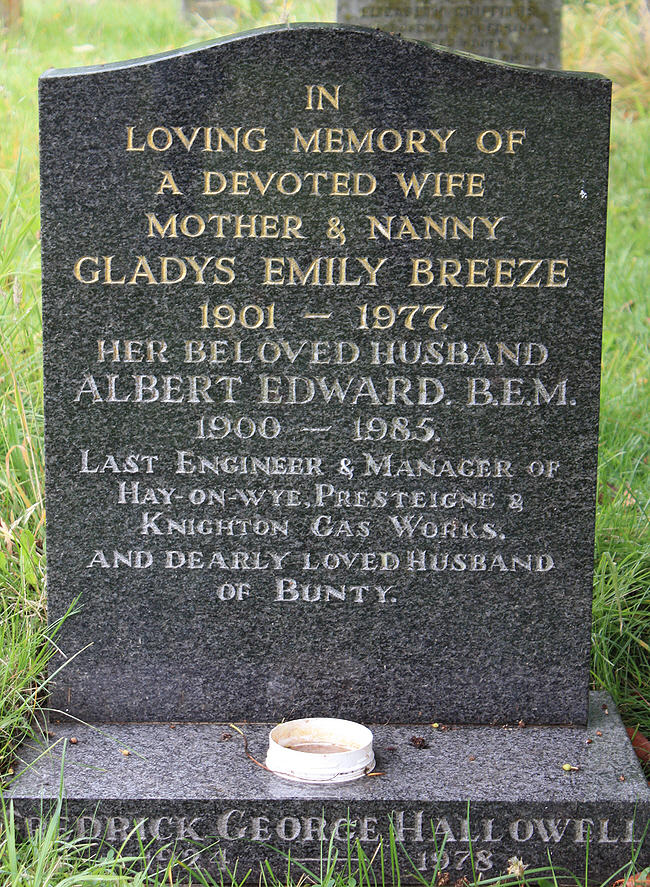 Last engineer and manager of the Knighton Gas Works. 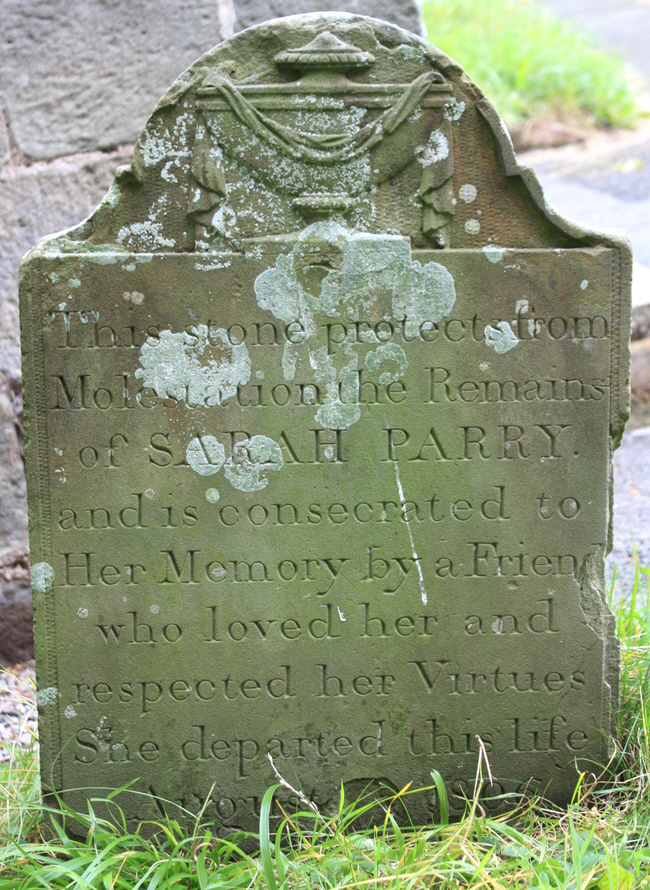 There must be a sad story behing the inscription on this stone - who was the anonomous "friend" who loved her?