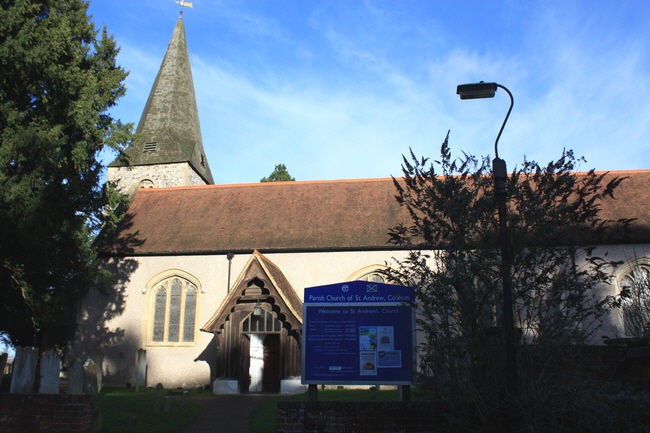 The community of Church Cobham grew up around St. Andrew's Church, which dates from the 12th century. Although much altered and extended in the 19th century, the church preserves a Norman tower and is a Grade I listed building. 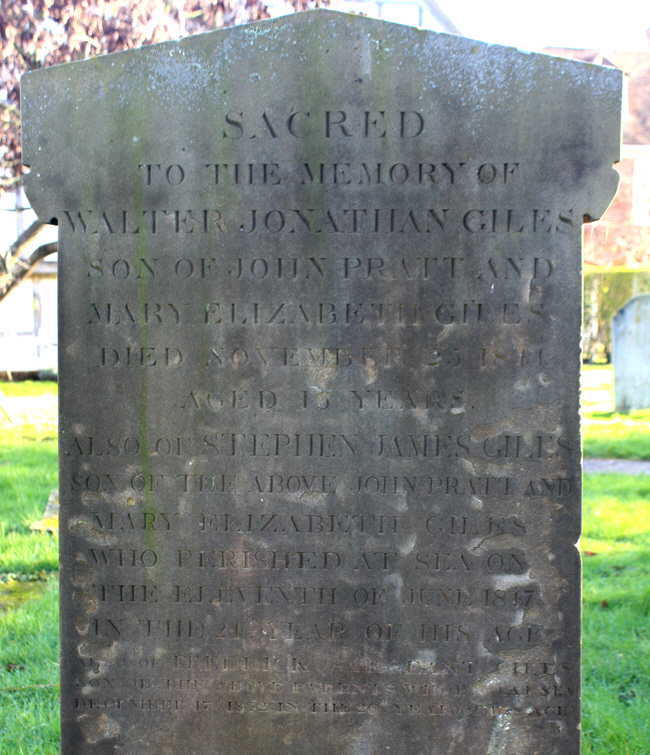 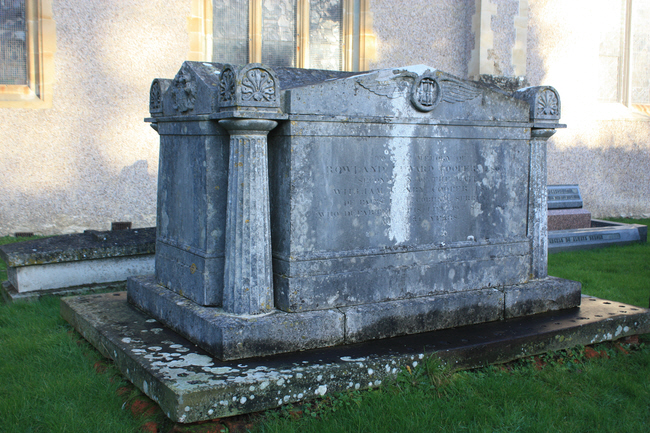 The basic box tomb design has been augmented by four corner pillars. 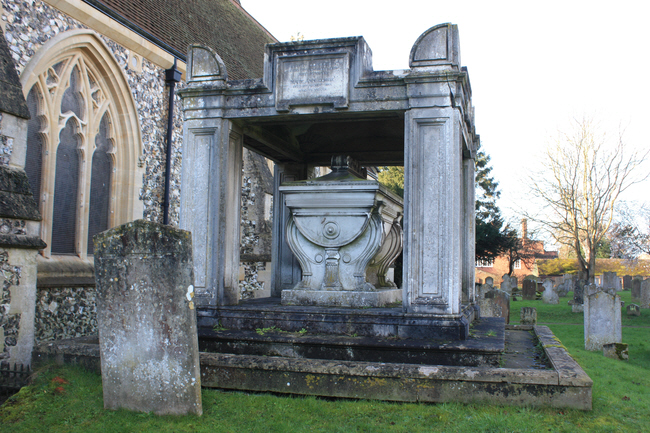 The elaborate memorial to Harvey Christian Combe and his wife Alice. He was elected the Member of Parliament for the City of London in 1796.