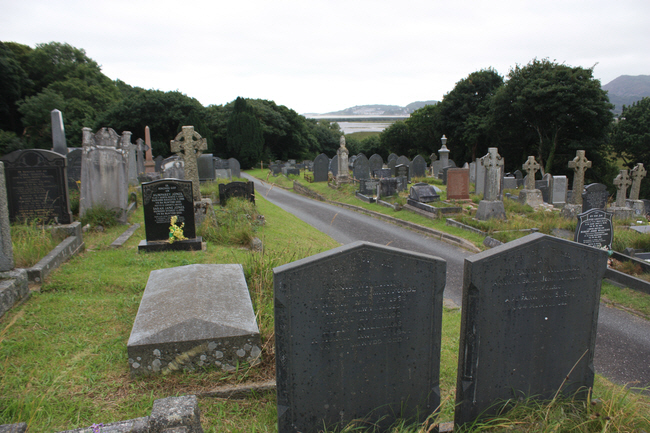 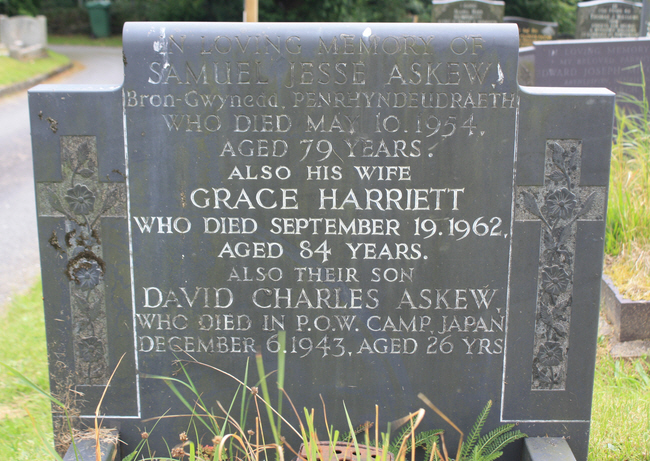 David died in a Prisoner of War Camp in Japan. 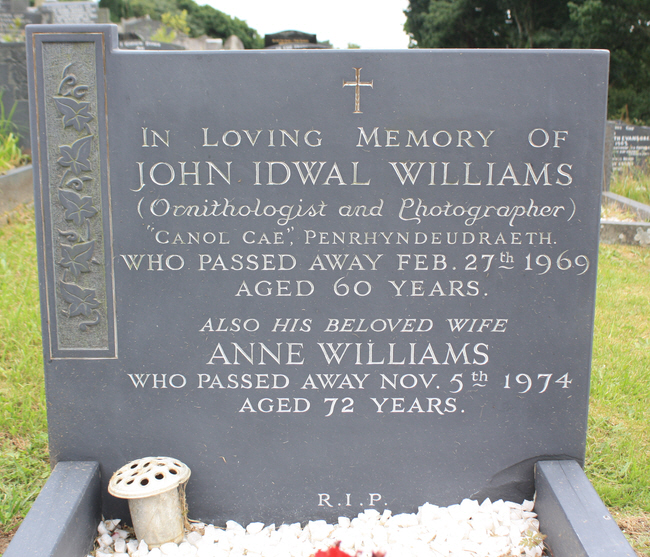 John was an Ornithologist and Photographer. 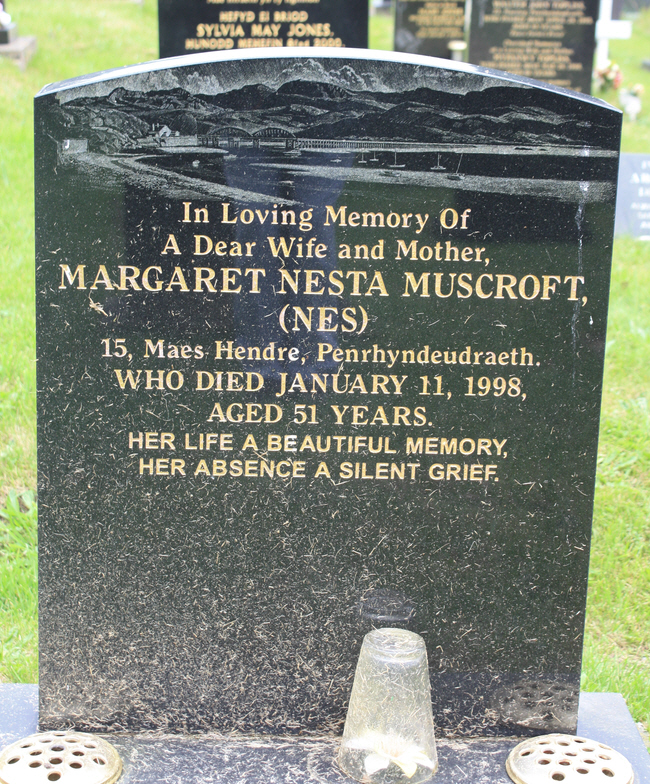 The memorial includes an attractive photograph of the famous Barmouth Bridge. 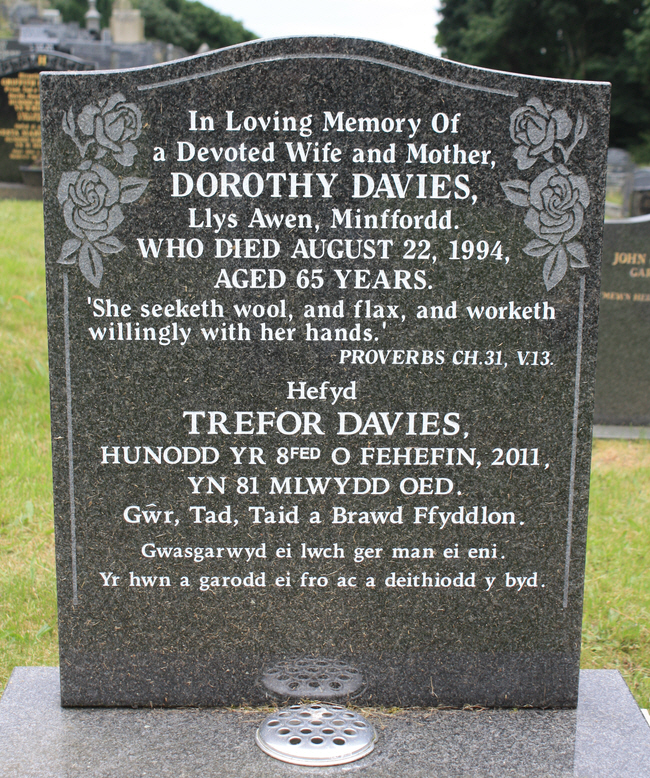 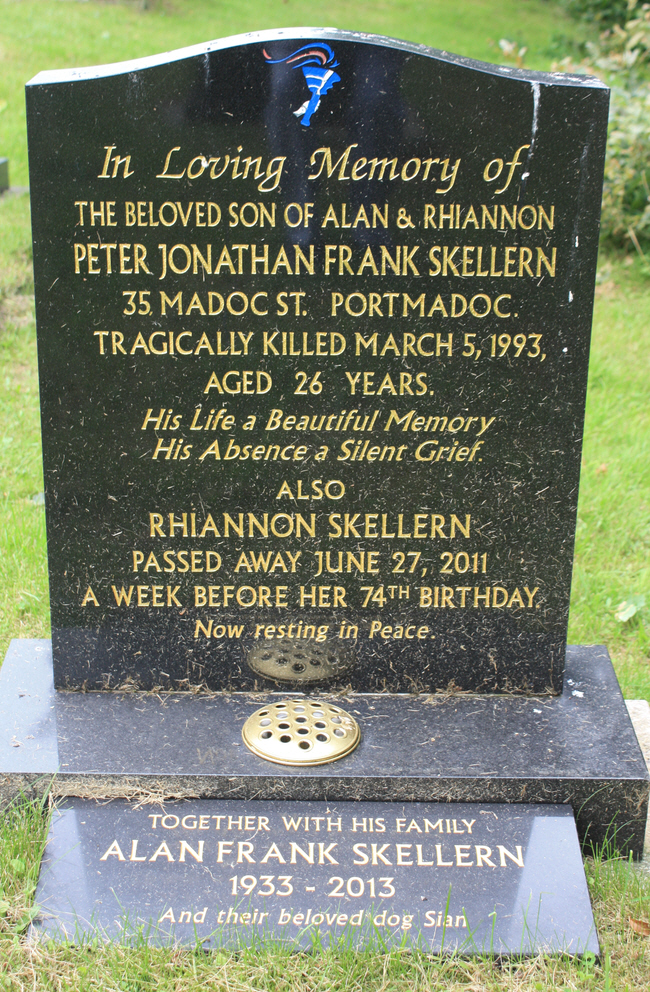 "And their beloved dog Sian."

The memorial includes an attractive photograph of Harlech Castle. 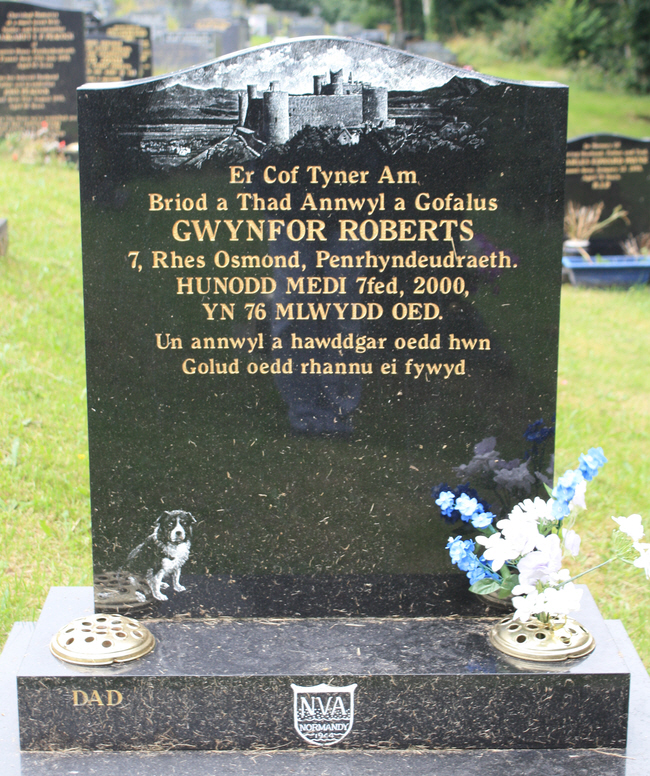 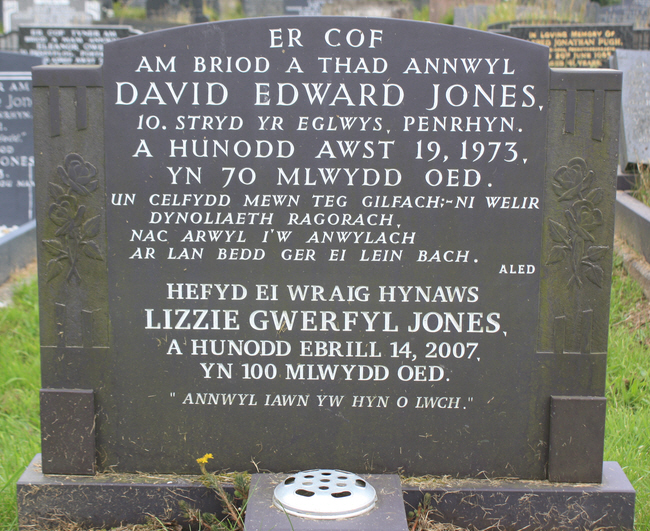 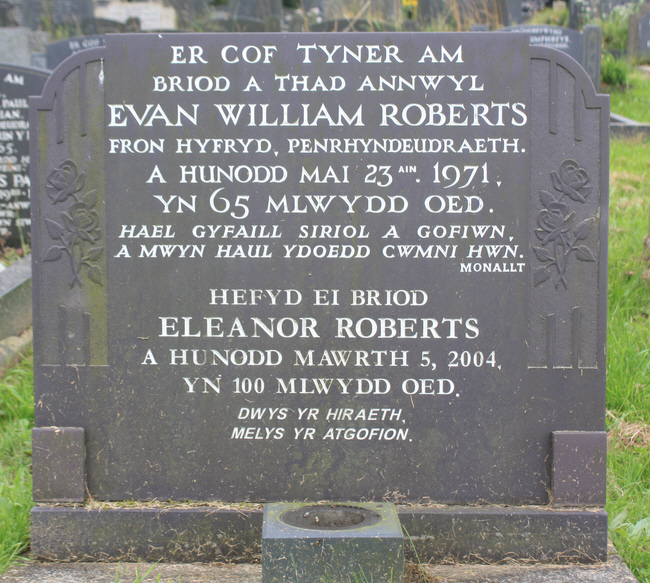 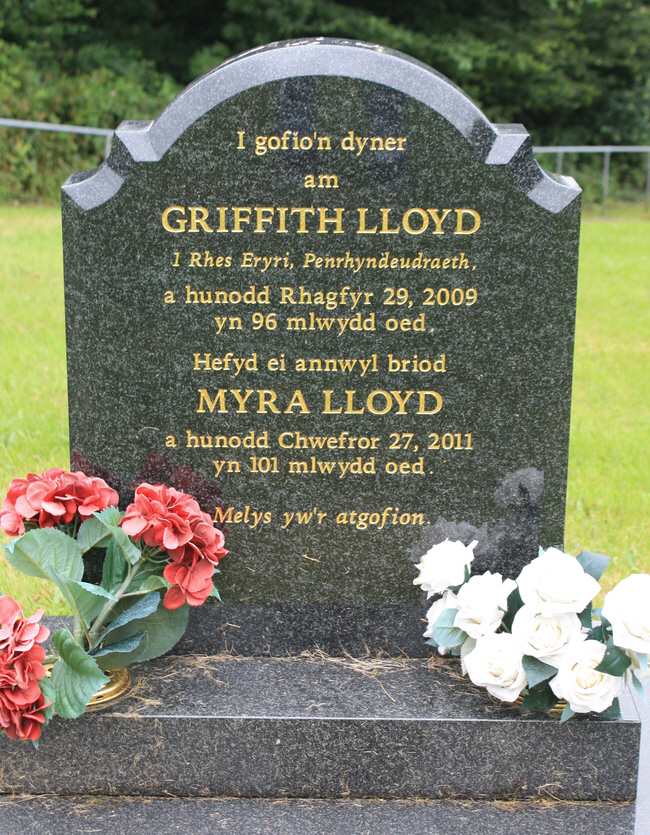 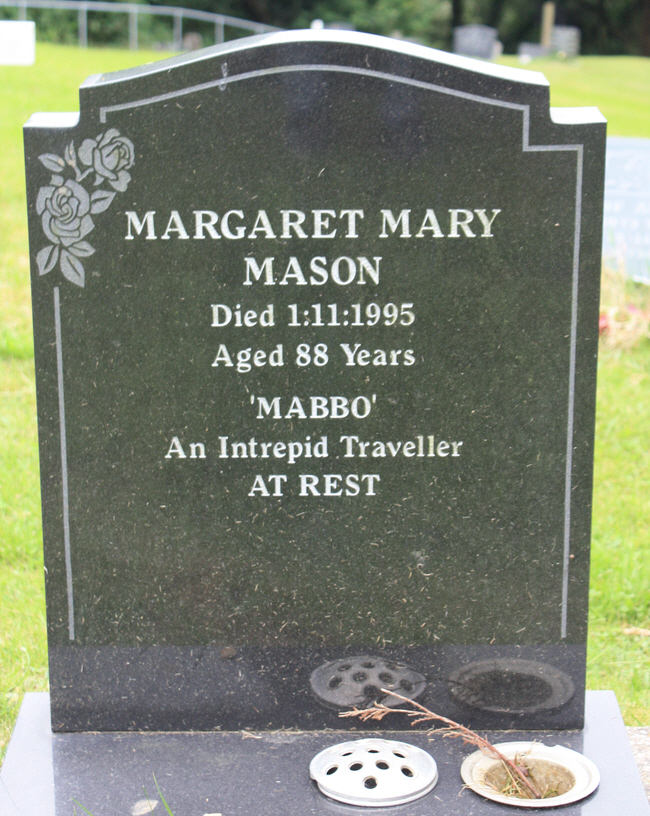 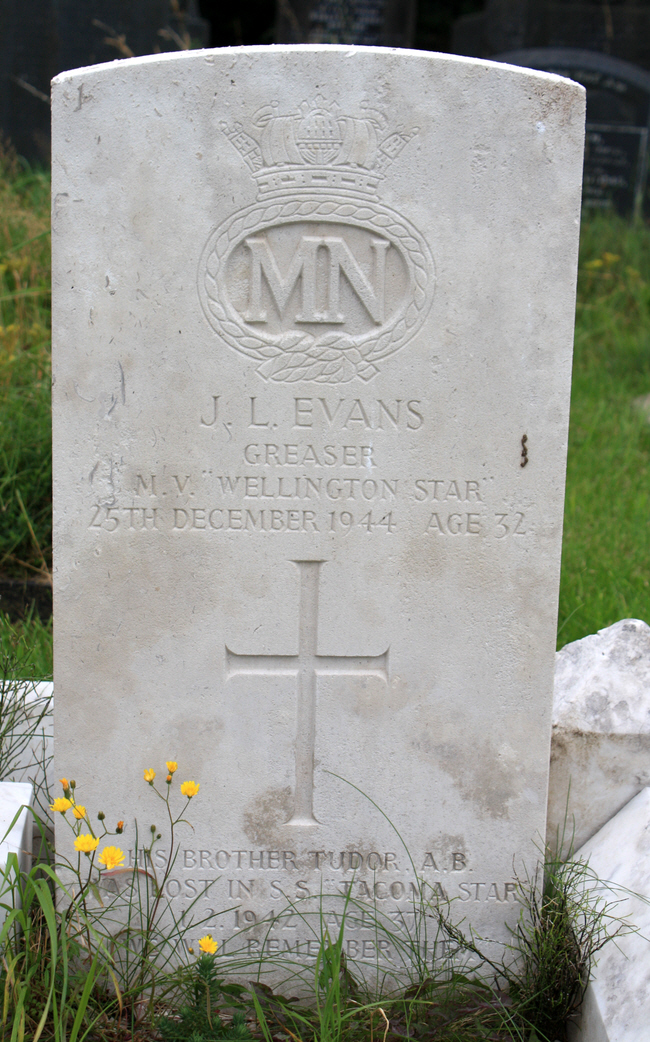 This war grave is a something of a mystery. The "Wellington Star" was a Refrigerated Cargo Liner sunk on her maiden voyage in 1940 and second vessel of that name wasn't launched until 1952. J L Evan died on Christmas Day in 1944 so perhaps he was a survivor of the 1940 disaster?

His brother was killed in 1942 on the "Tacoma Star" when it was torpedoed by the German submarine U-109, 38 miles east of Hampton Roads, USA. She was on a voyage from Buenos Aires to Hampton Roads and the UK with a cargo of 5107 tons of general cargo. 88 crew and 9 gunners were lost. 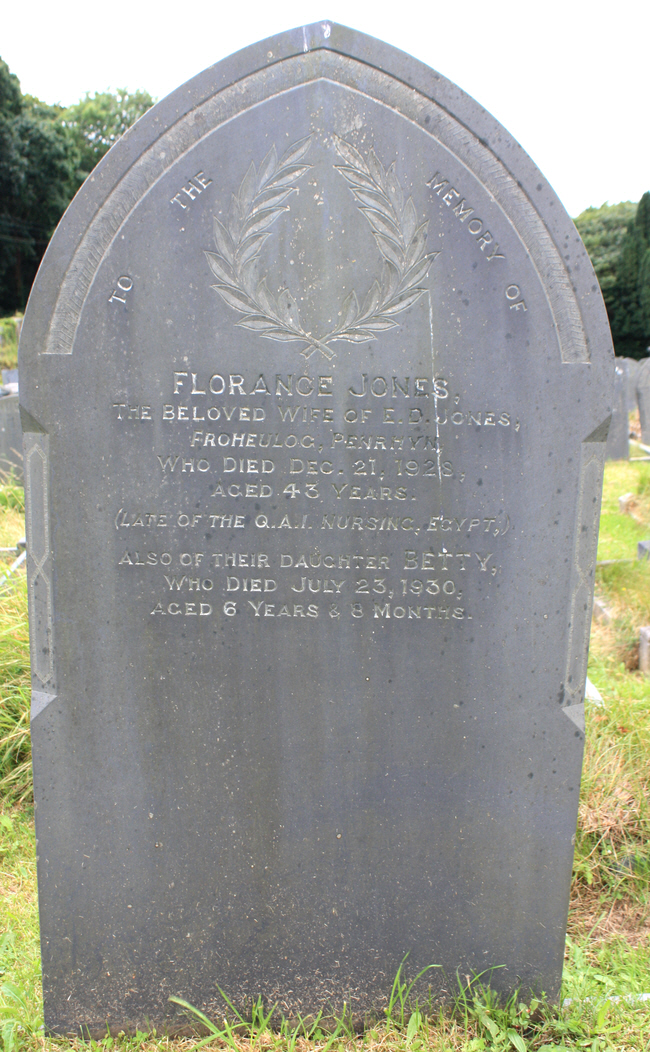