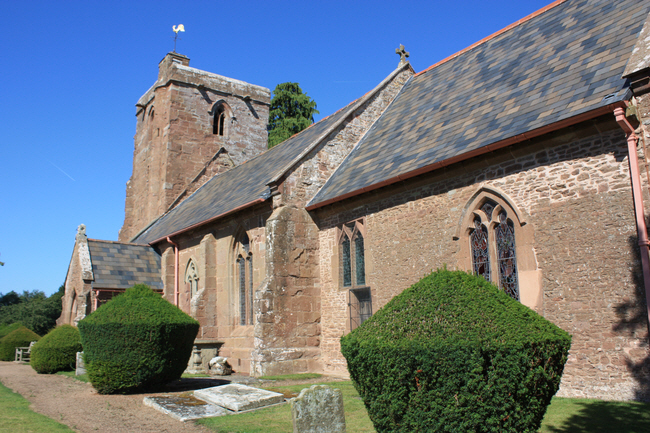 The present church’s origins stand in the 13th century during the reign of Henry III, when nave and chancel were built. Sir Robert de Tregoz, the local lord, died with Simon de Montfort at Evesham in 1265. The stone from his demolished castle opposite was probably later used to construct the 14th century bell tower. The bell tower roof shows evidence that there was once an octagonal spire. During the same period the rare decagonal font was also installed. 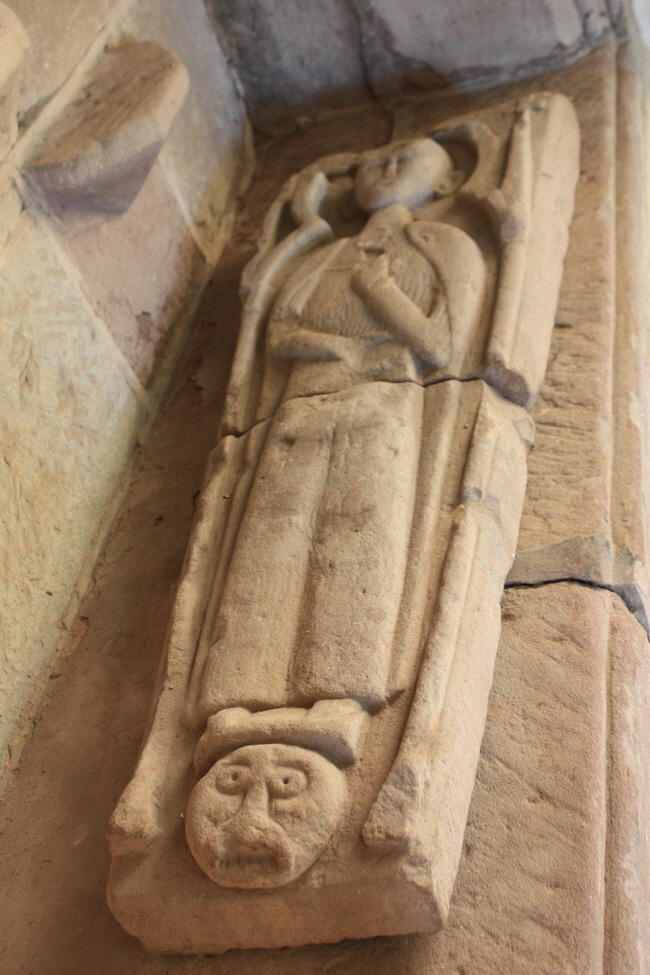 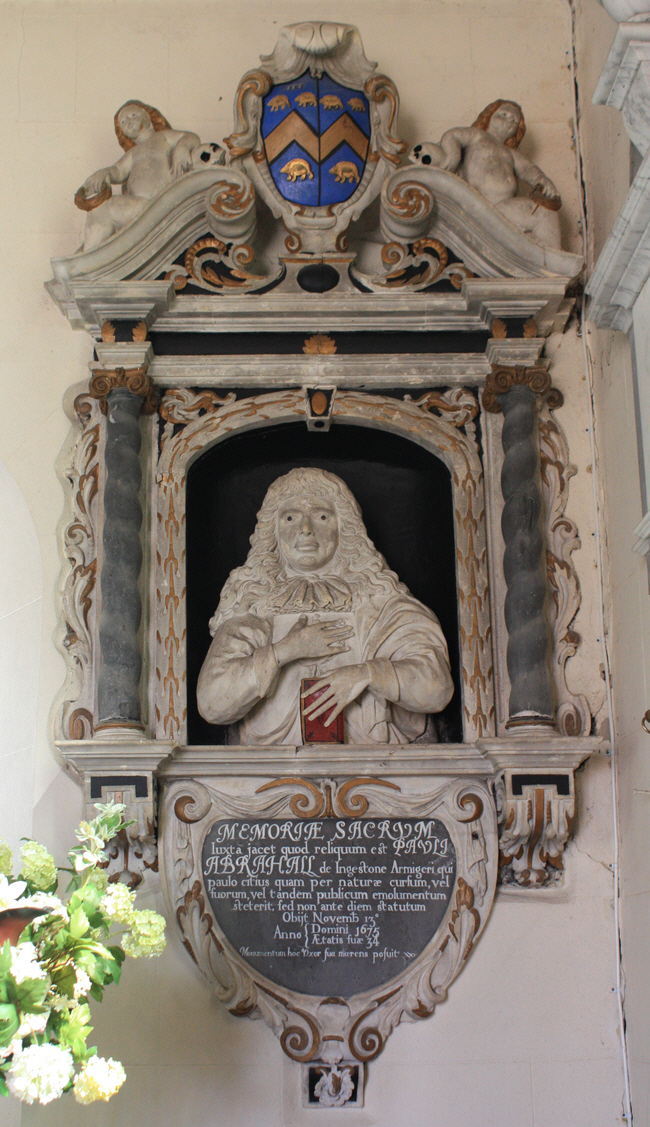 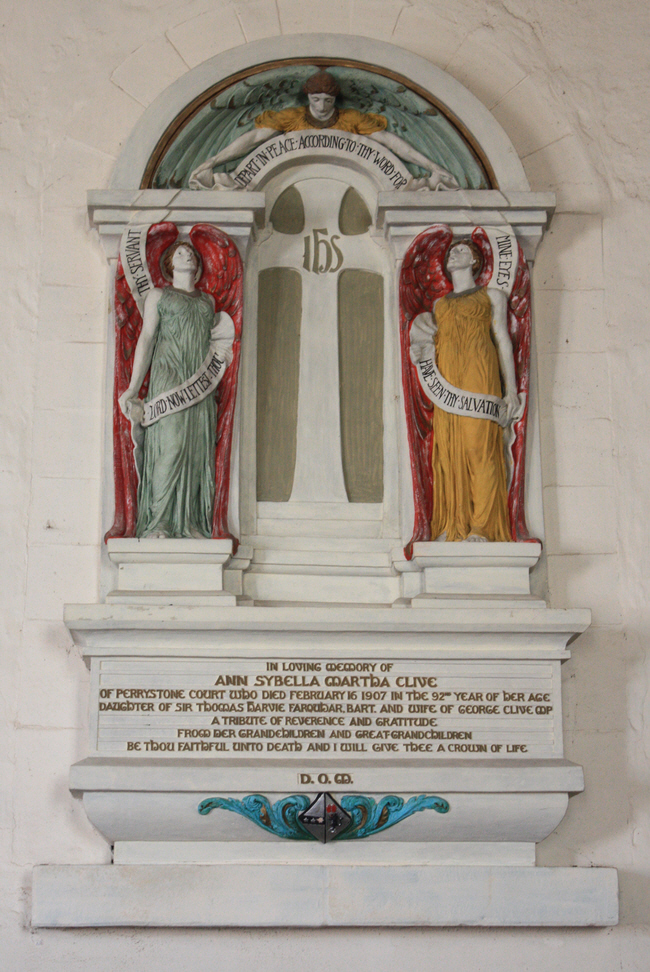 Ann Sybella Clive died in 1907 but she has a memorial more typical of those from 2 or 3 hundred years earlier.