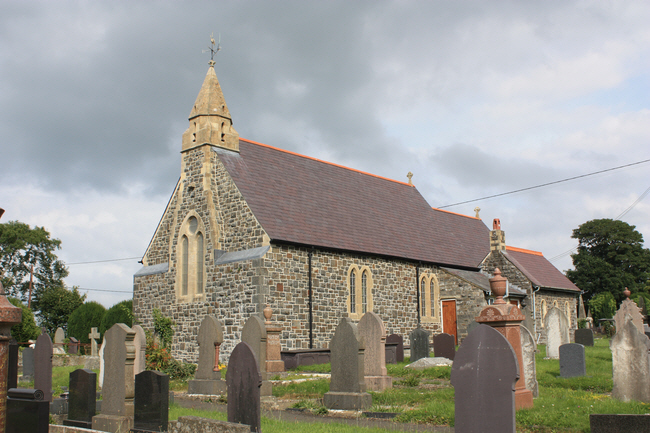 This cemetery had a large number of memorials to sailors who had been "lost at sea". 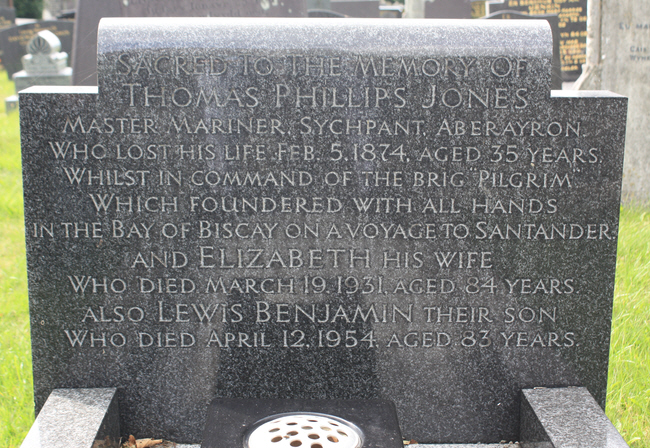 Thomas Phillips Jones was drowned when the brig "Pilgrim" sank with the loss of all hands in the Bay of Biscay in 1874. He was 35. 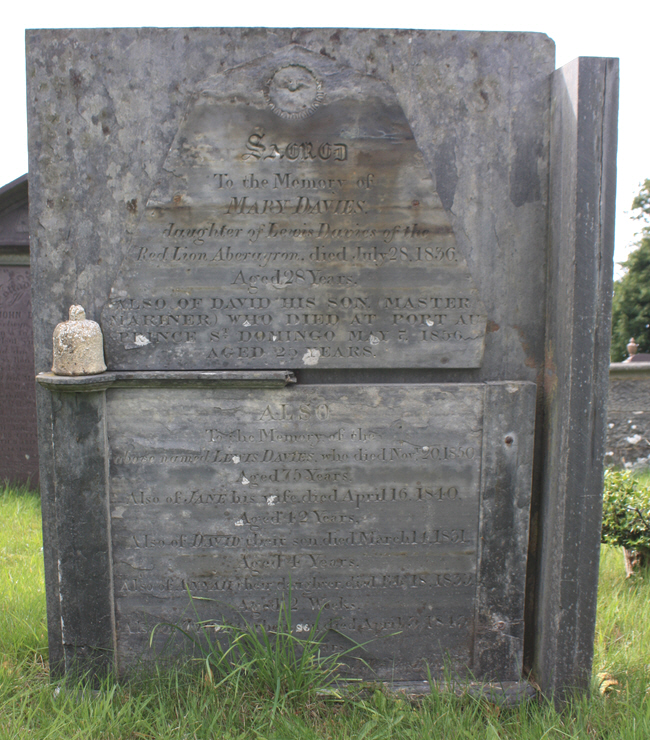 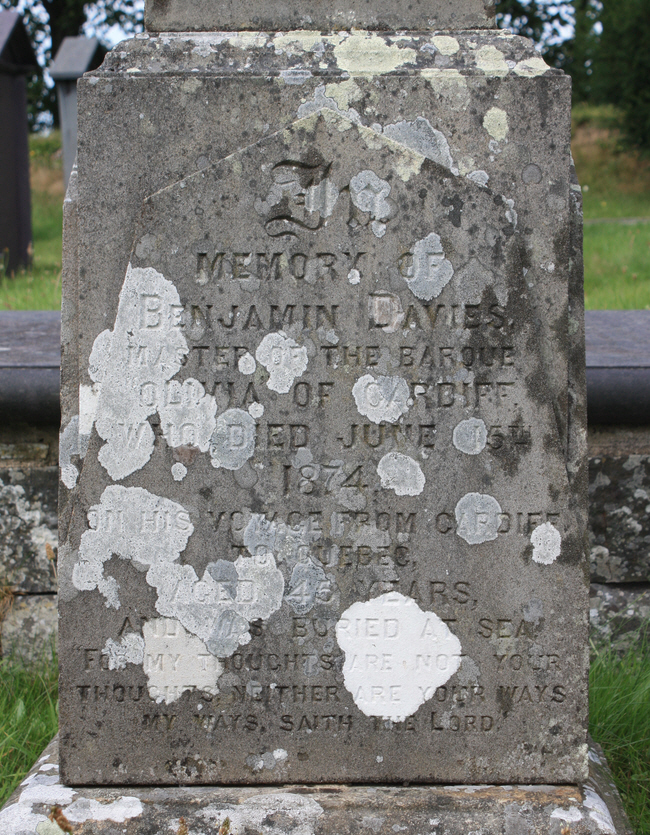 Benjamin Davies, Master of the barque "Olivia", died in June 1874 during a voyage from Cardiff to Quebec. He was 45. 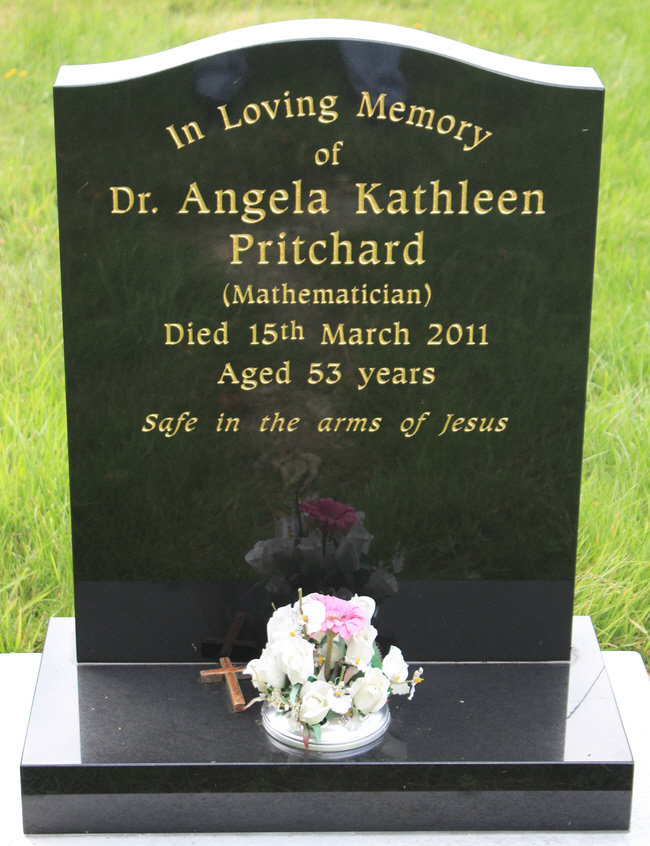 It is far more unusual for the profession of the deceased to be included on the tombstone than was previously the case. 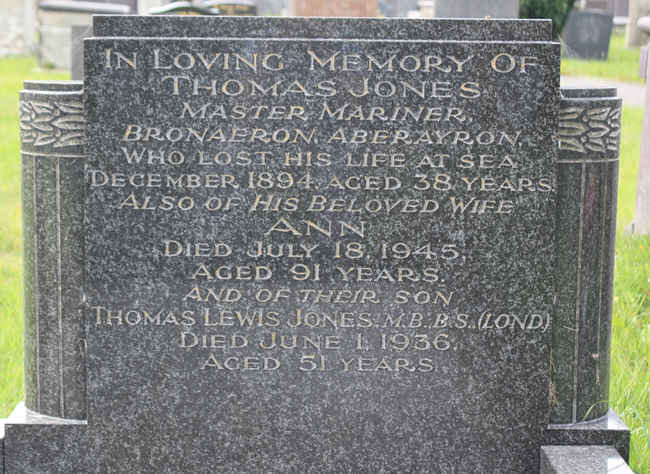 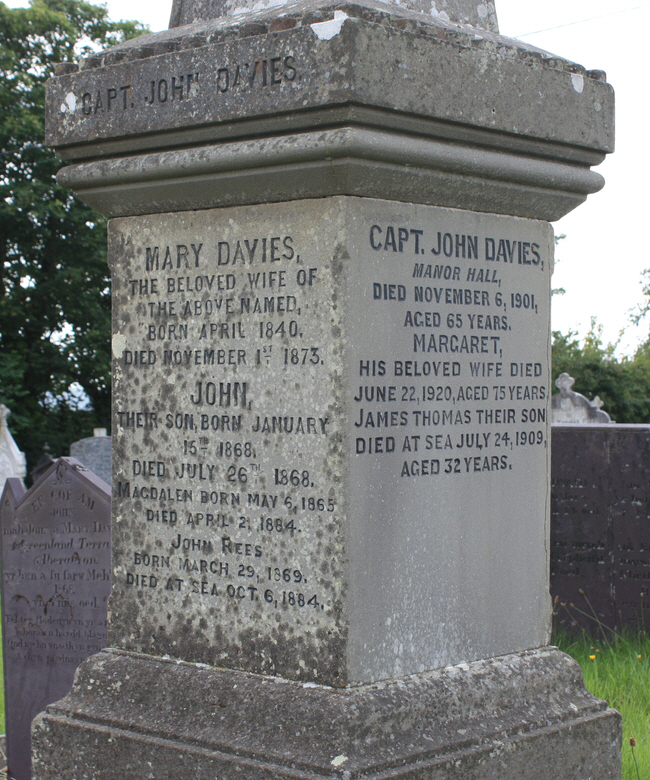 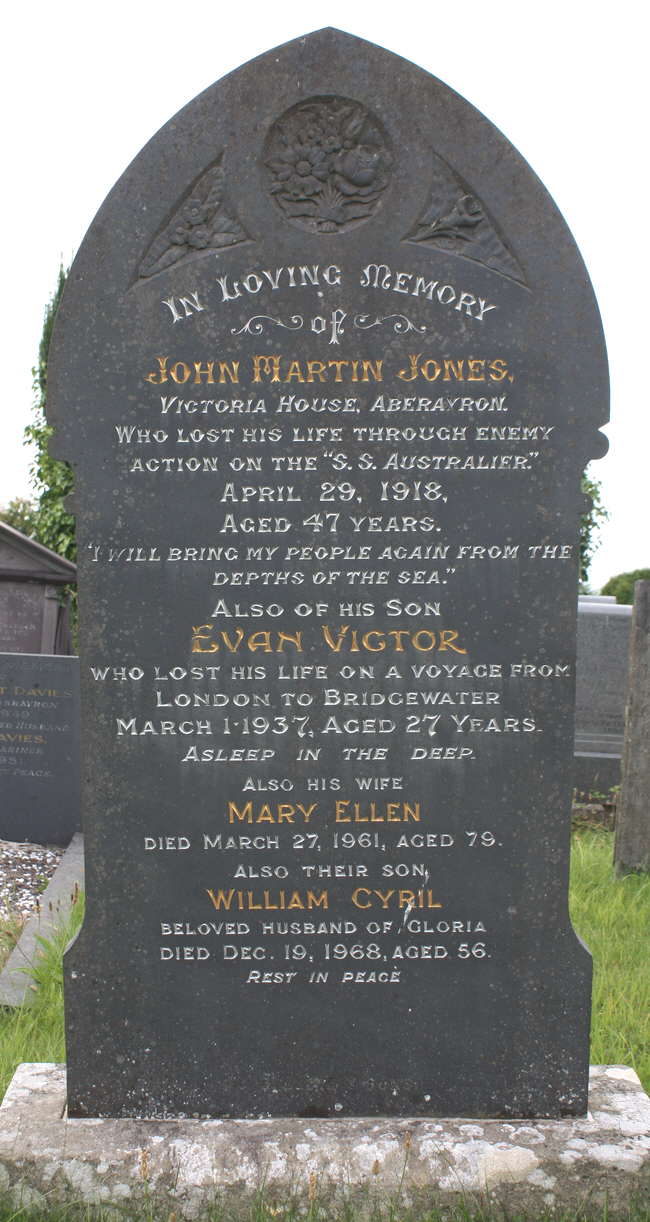 John Martin Jones and his son Evan Victor Jones lost their lives in separate accidents at sea. The S.S. Australier was torpedoed and sunk by a German submarine six miles SW of Dungeness on 29th April 1918. Five men died, the captain survived. 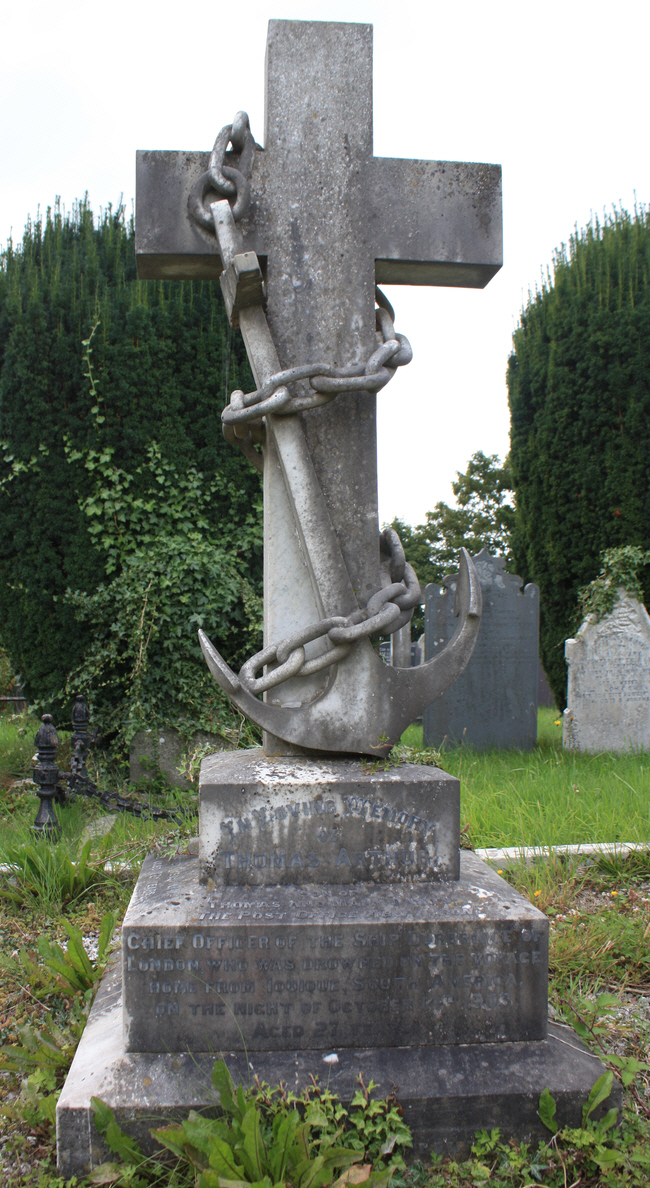 An attractive design incorporating an anchor. Thomas Arthur Davies died during a voyage from Iquique in 1903. He was 27. 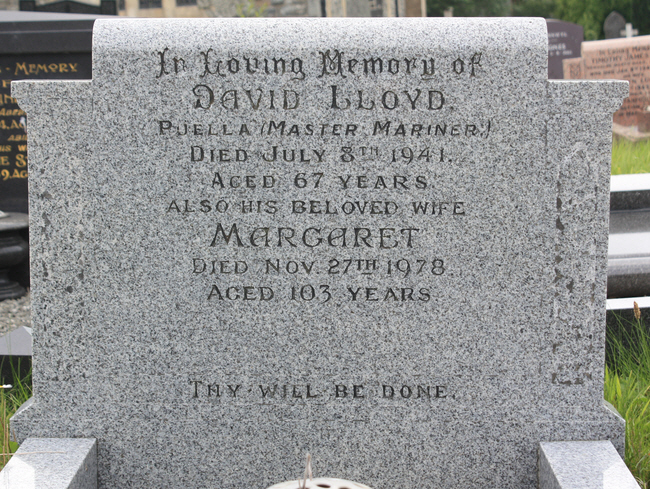 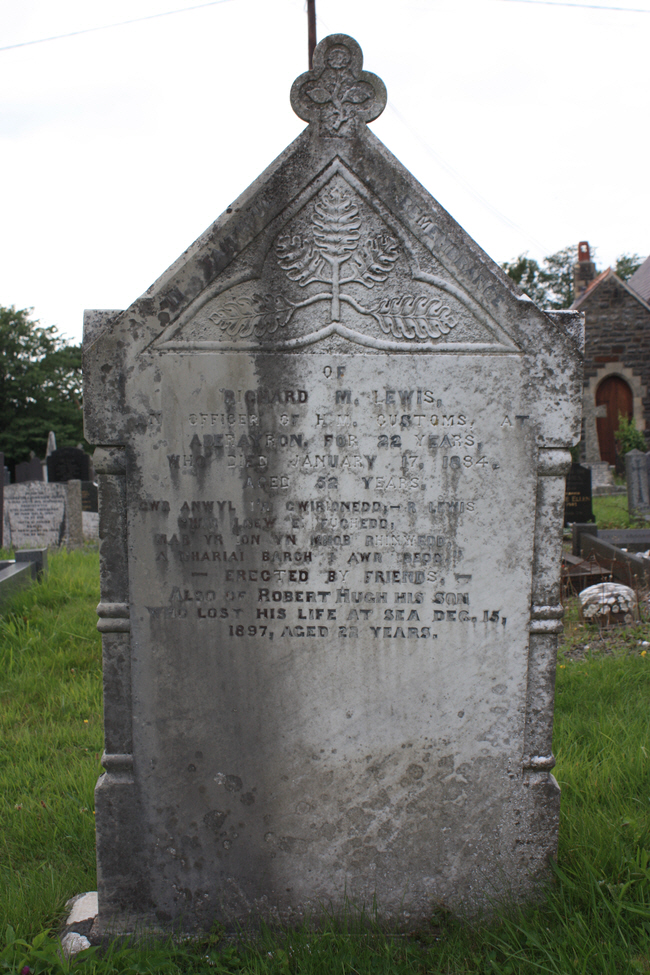 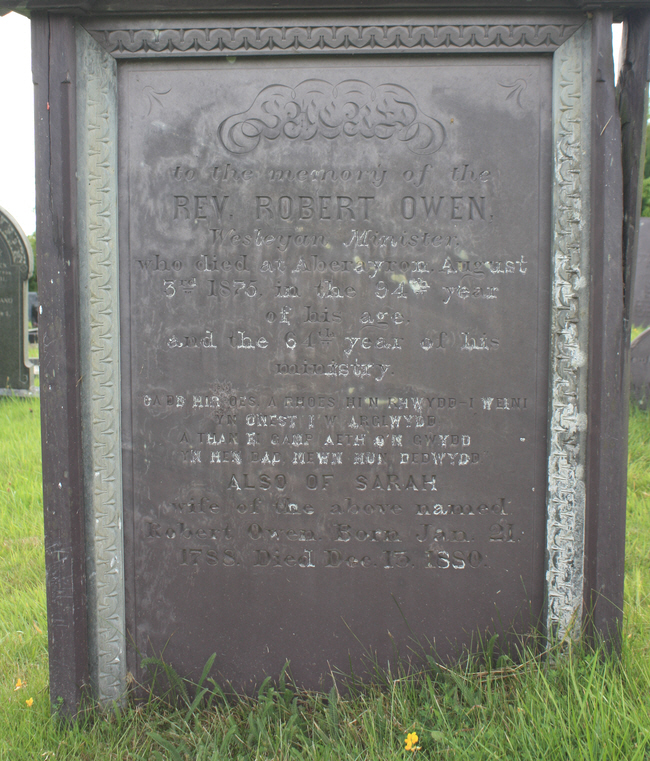 Rev. Robert Owen died in "the 64th year of his ministry". 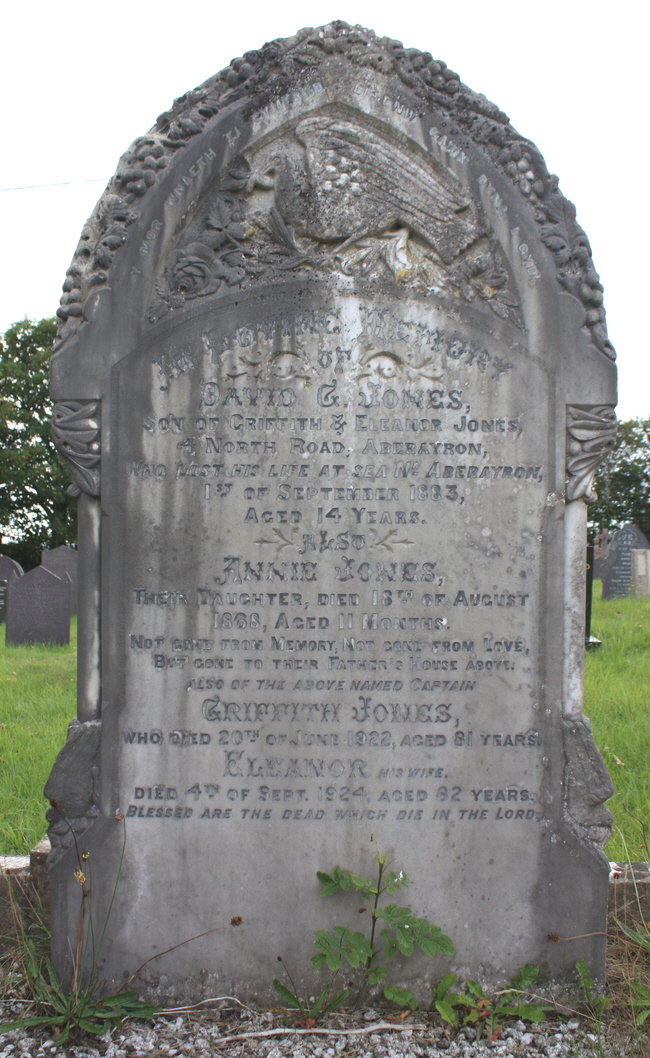 David Jones lost his life at sea near Aberayron in 1883. He was just 14 years old. 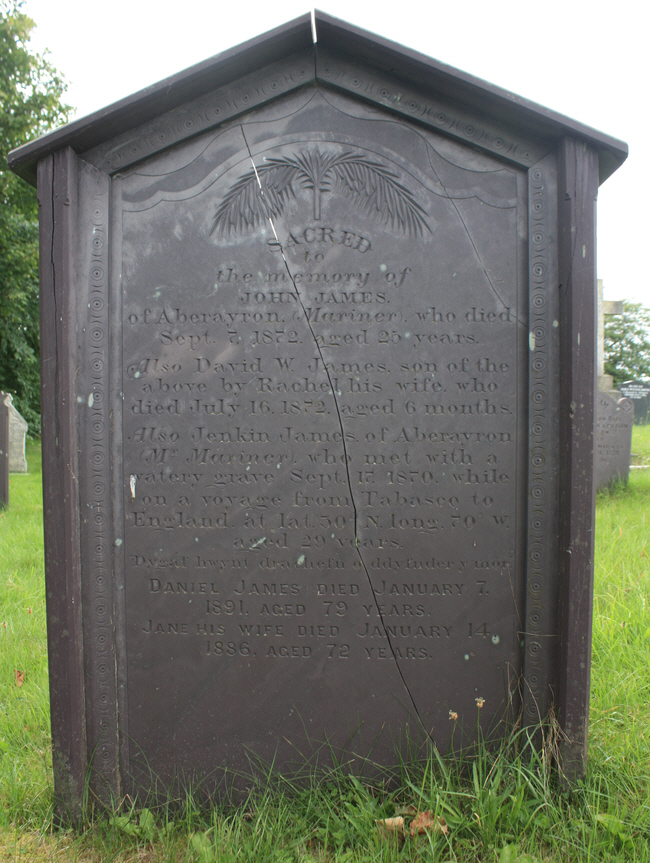 Jenkin James "met with a watery grave" on a voyage from Tabasco to England in 1870. He was 29. 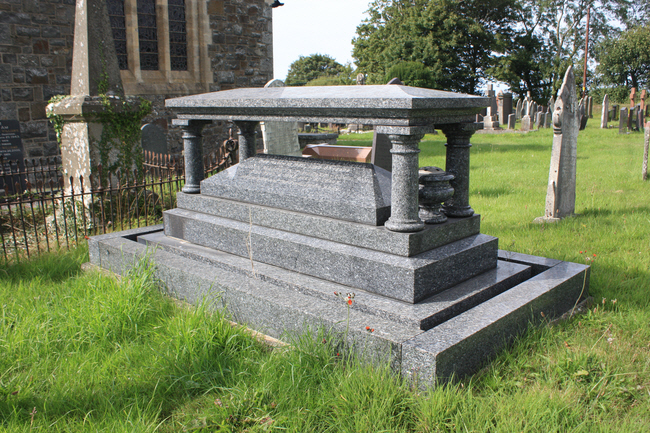 A unusual multi-tiered design for a grave. 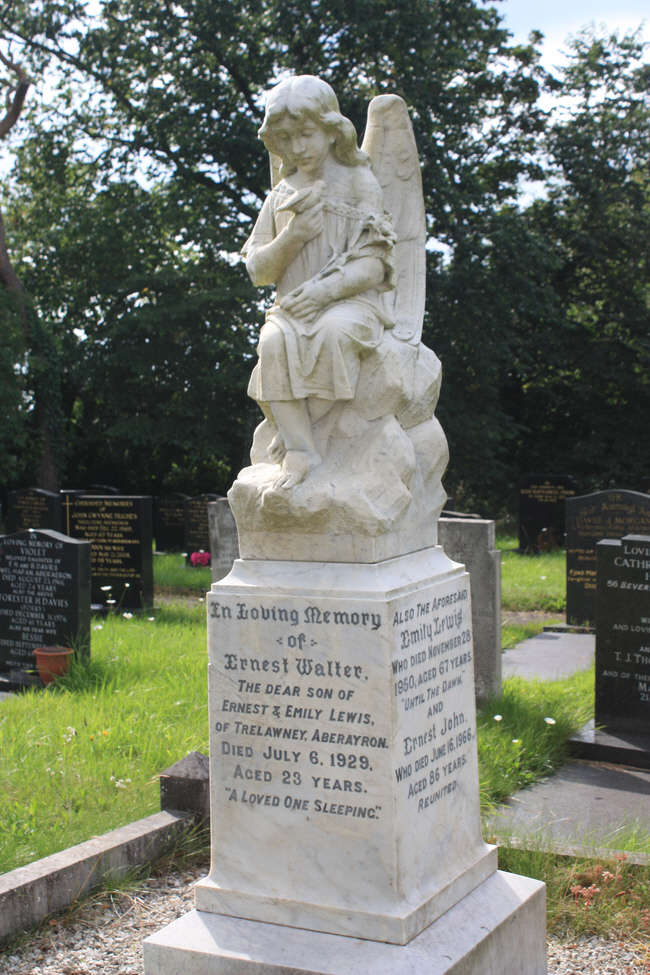 A beautiful statue of an angel holding a bird - possibly a dove? 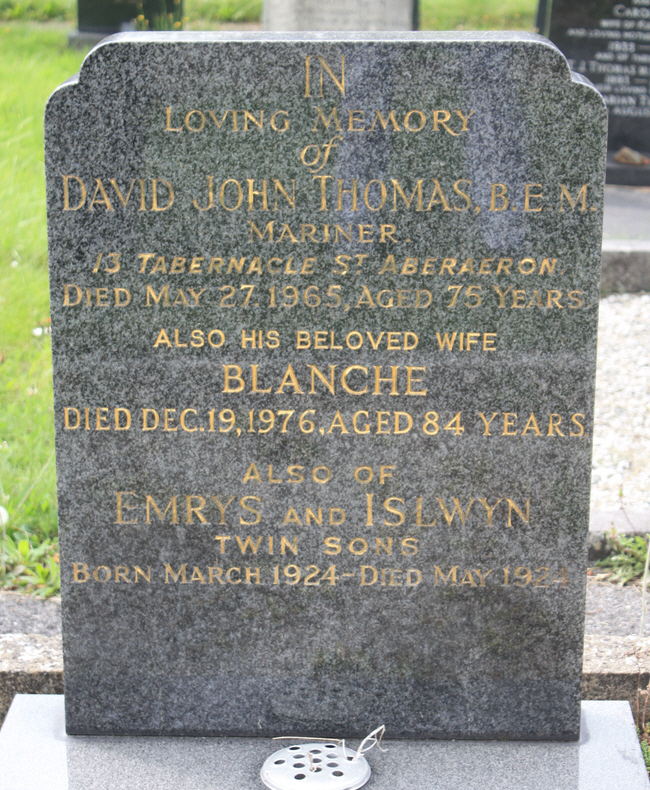 Twin brothers who died in their infancy.