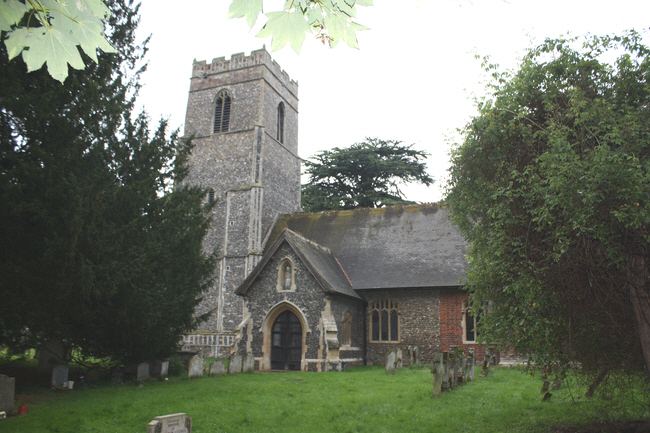 To the north of the church is a most extraordinary extension. It is hard to think of it as a transept - it is nearly as long as the nave itself, and completely windowless. It was only after we went inside the church that we discovered its function! 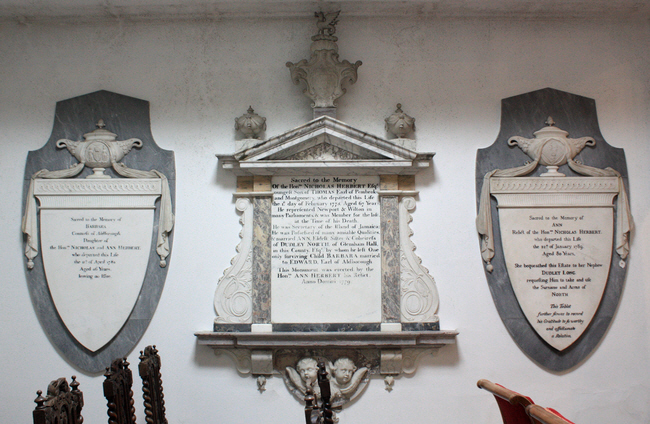 In the northern extension memorials to the Glemham and North families line the walls. 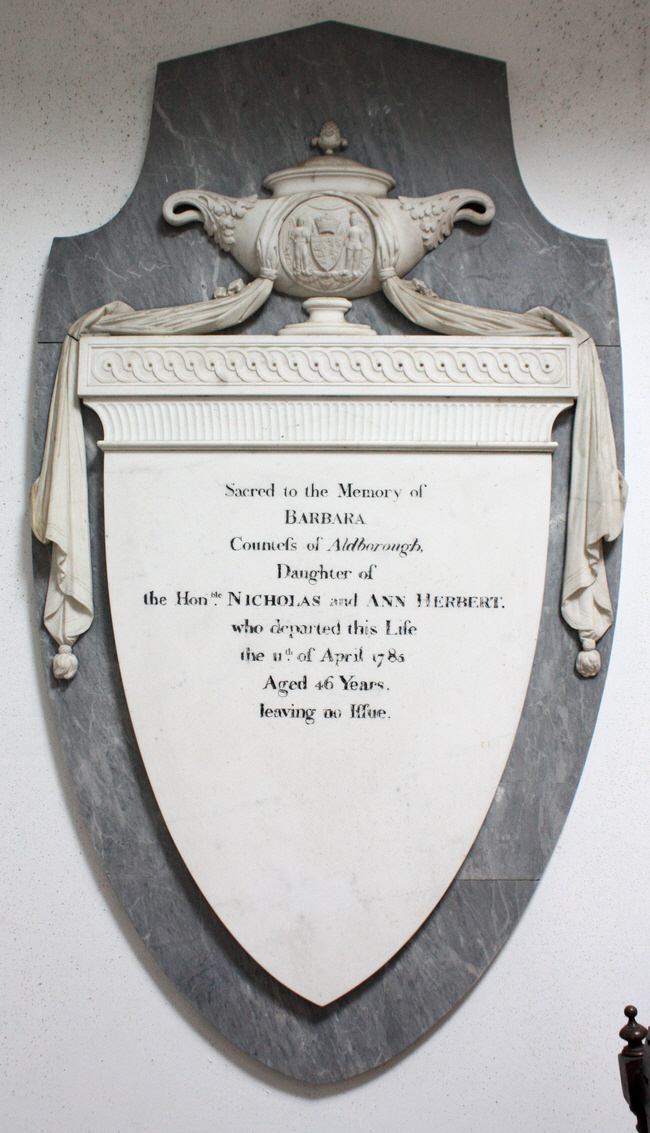 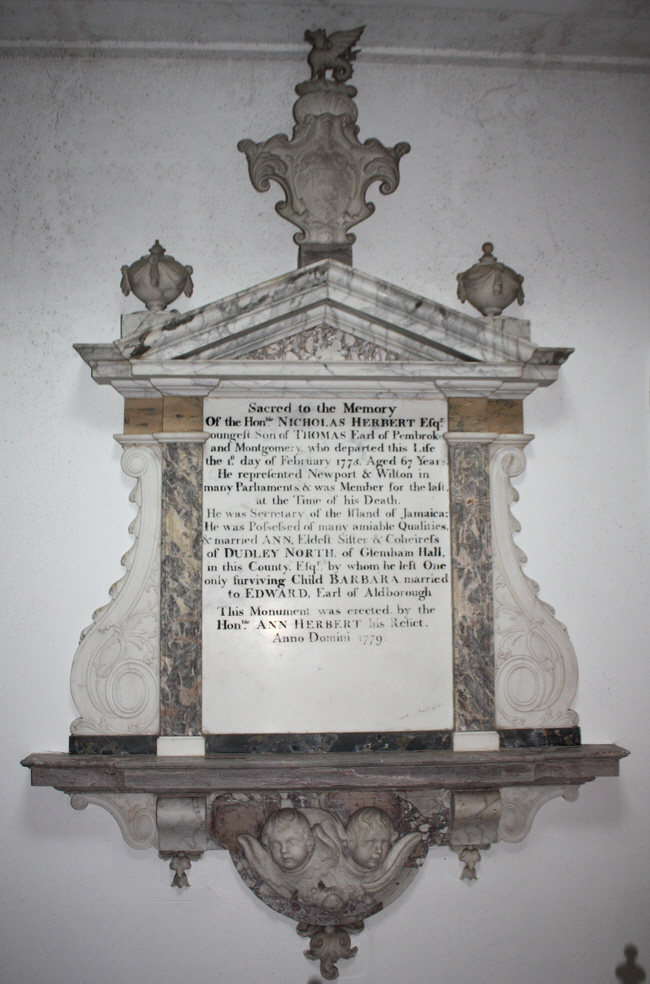 Nicholas Herbert was a Member of Parliament who died in office. 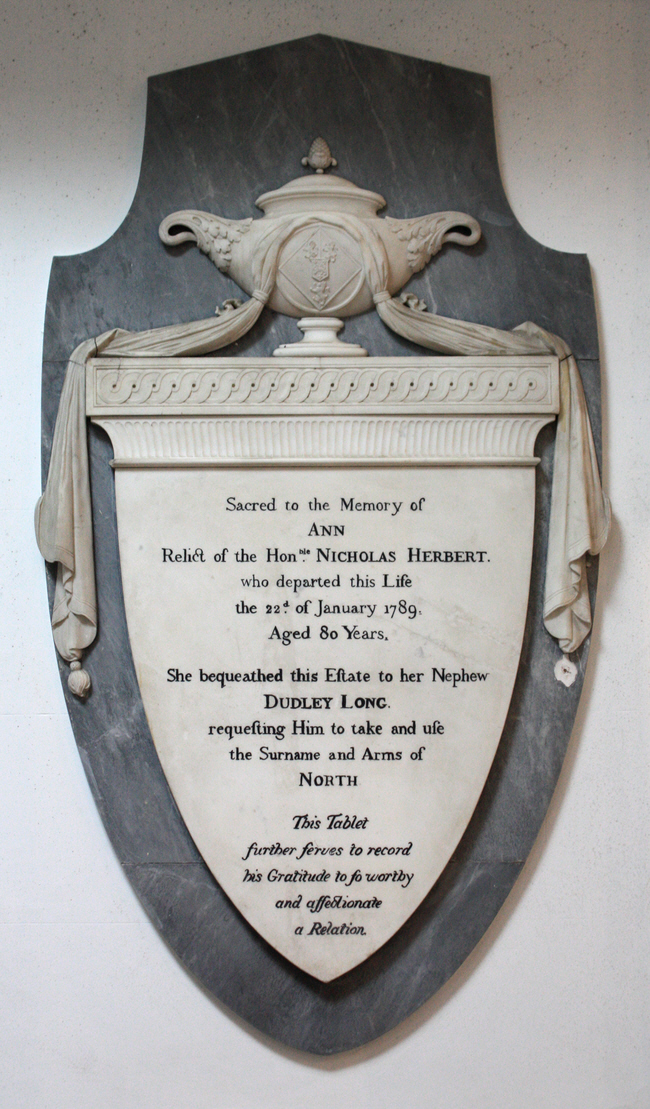 "She bequeathed her estate to her nephew.... " 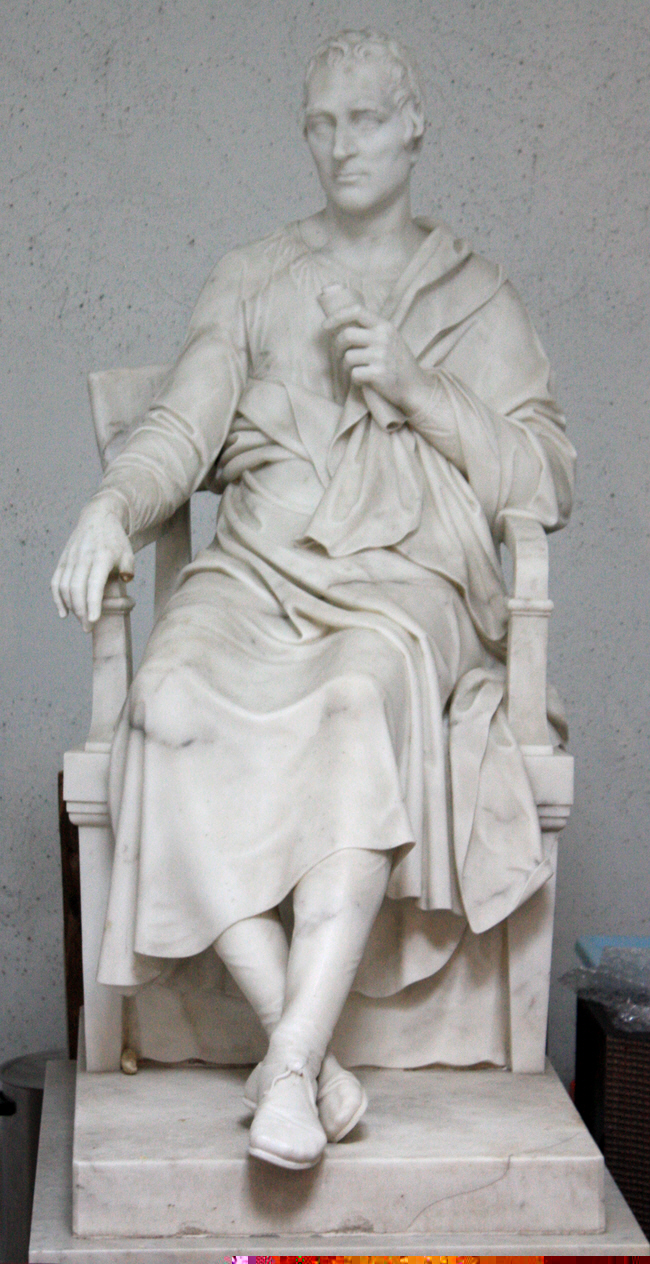 In grim isolation sits Sir Dudley North MP, who died in 1829. It was once described on BBC Radio Suffolk as the ugliest memorial to be found in any Suffolk church. 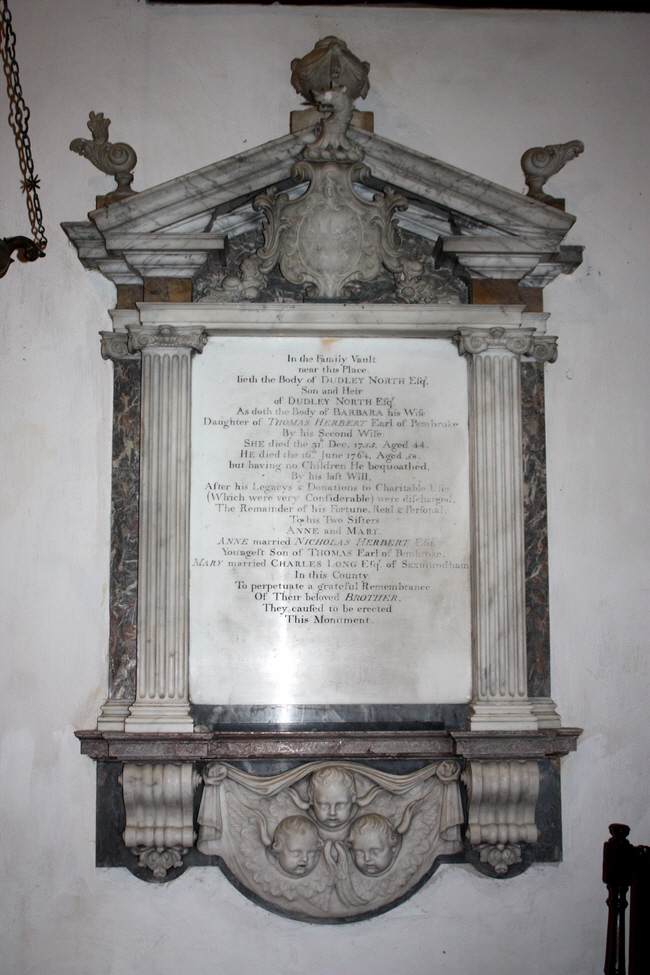 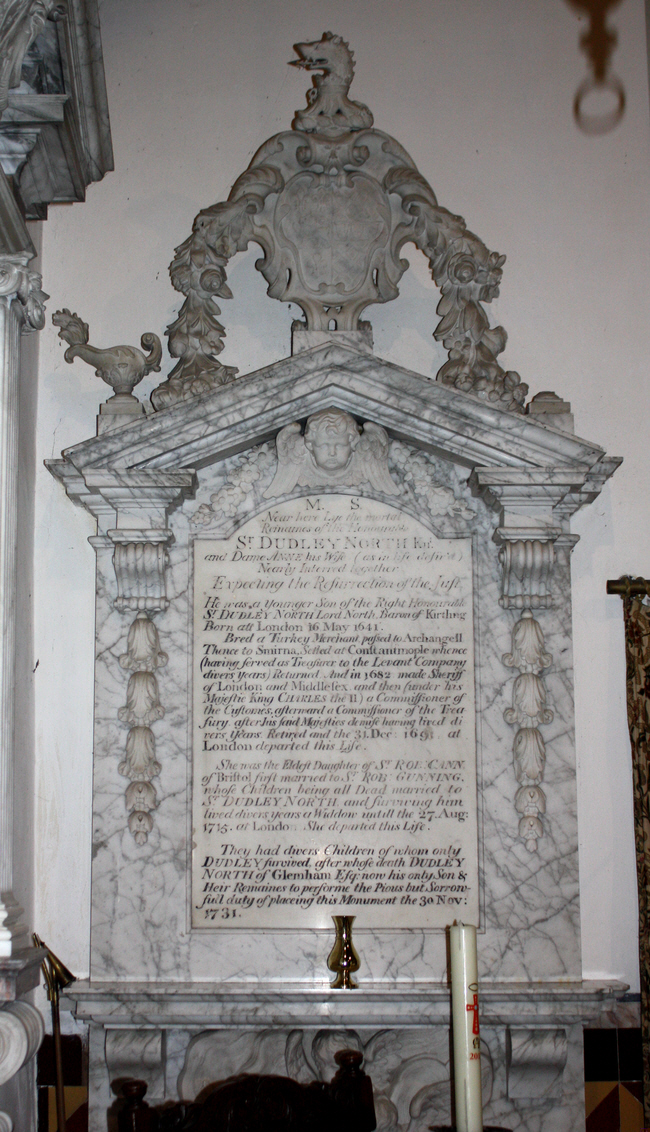 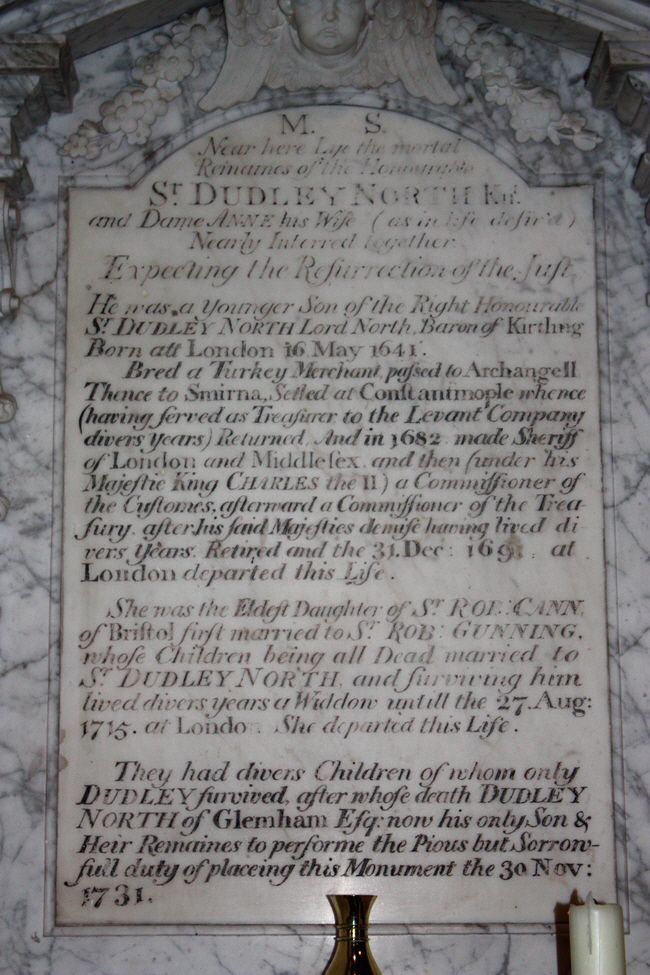 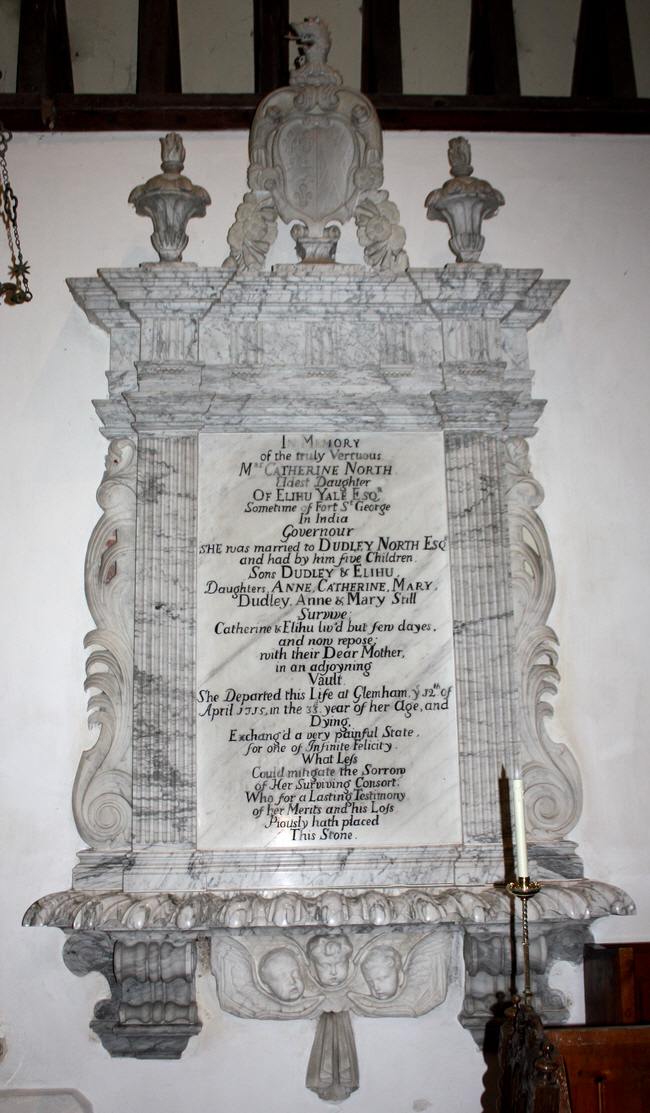 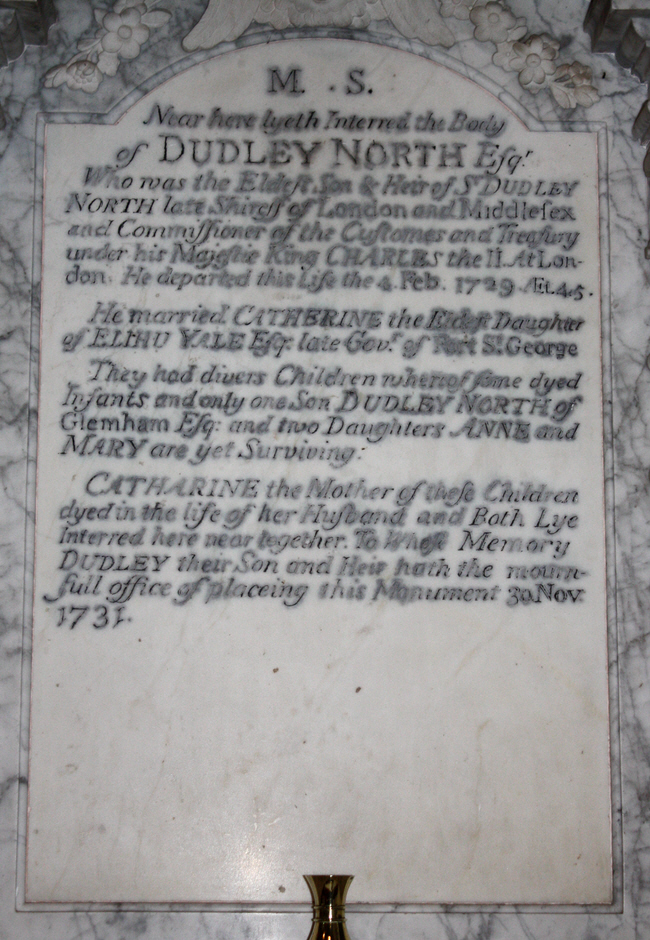 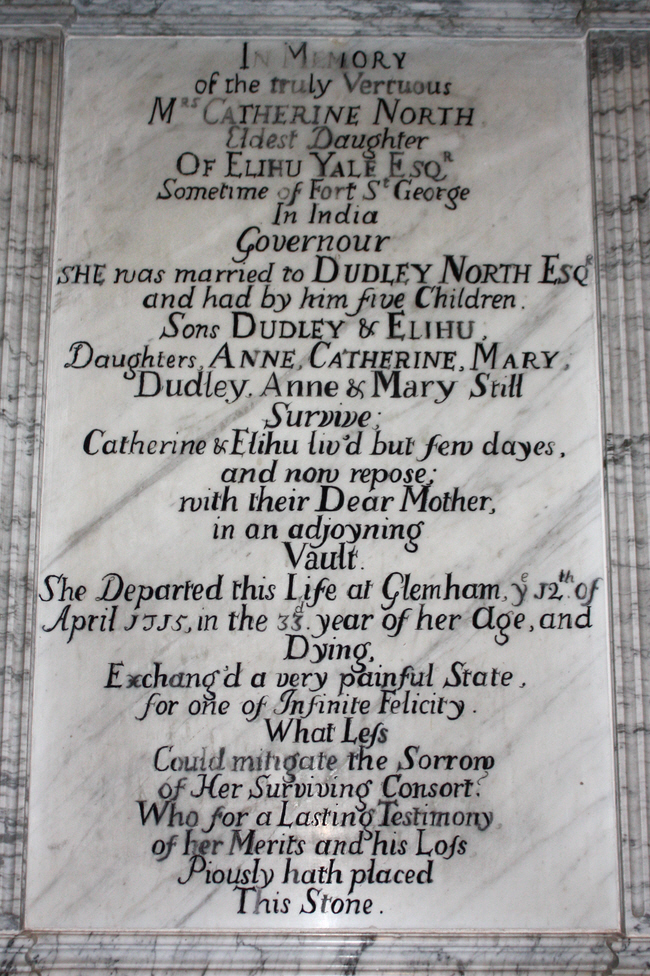