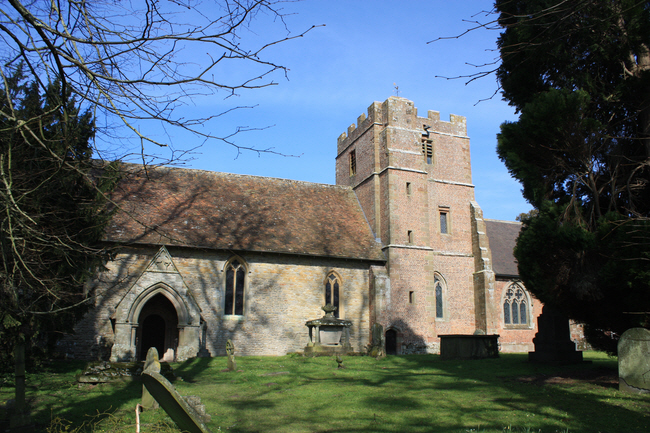 The present church was founded in the 12th century using Roman bricks and Saxon stone in its construction, but the only remaining Norman feature is the south doorway. Extended soon after 1300, it retains 14th century nave windows and the north aisle. The original tower was damaged during the Civil War and was replaced by a massive brick tower with battlements in 1674, when the east end was rebuilt under the patronage of the Lechmere family of Severn End. They again rescued the church from decay in 1858 by funding a major restoration, including the installation of stained glass and Minton tiles. The tower contains a peal of six bells all originally cast by Abraham Rudhall of Gloucester in 1699; they were last recast and tuned in 1929. 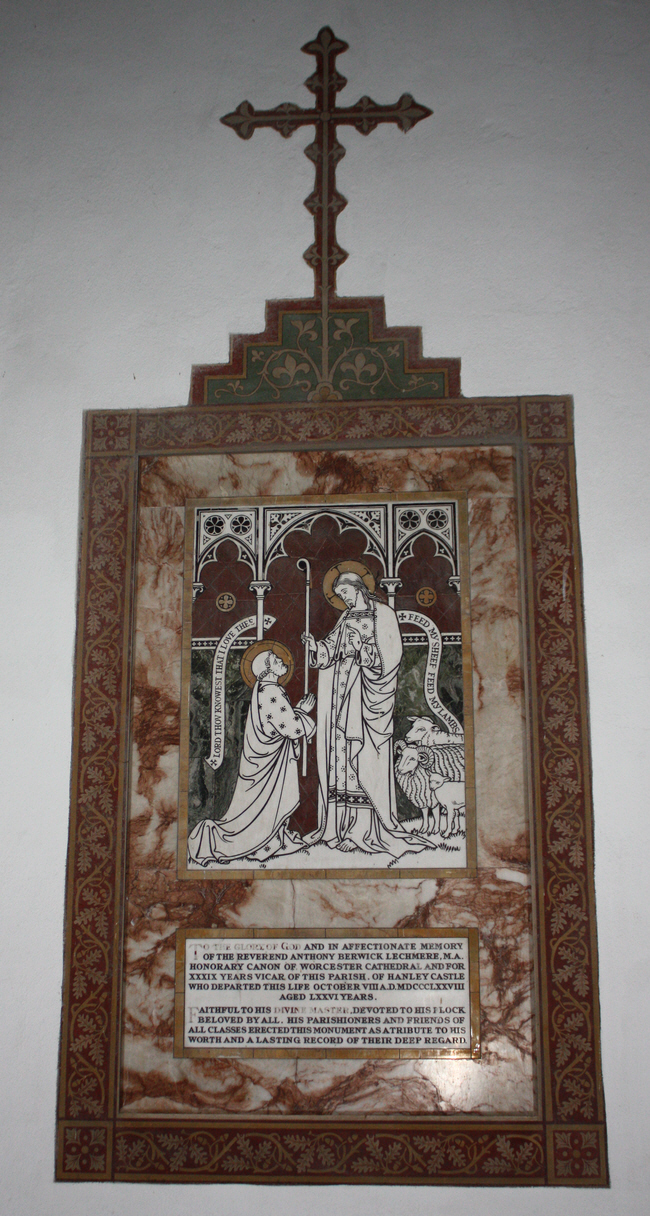 An alabaster tablet on the south nave wall in memory of Rev A B Lechmere which includes a scene rendered in graffito.

A wall tablet in the north chancel aisle to Mrs Winifred Lechmere, which includes a small kneeling figure 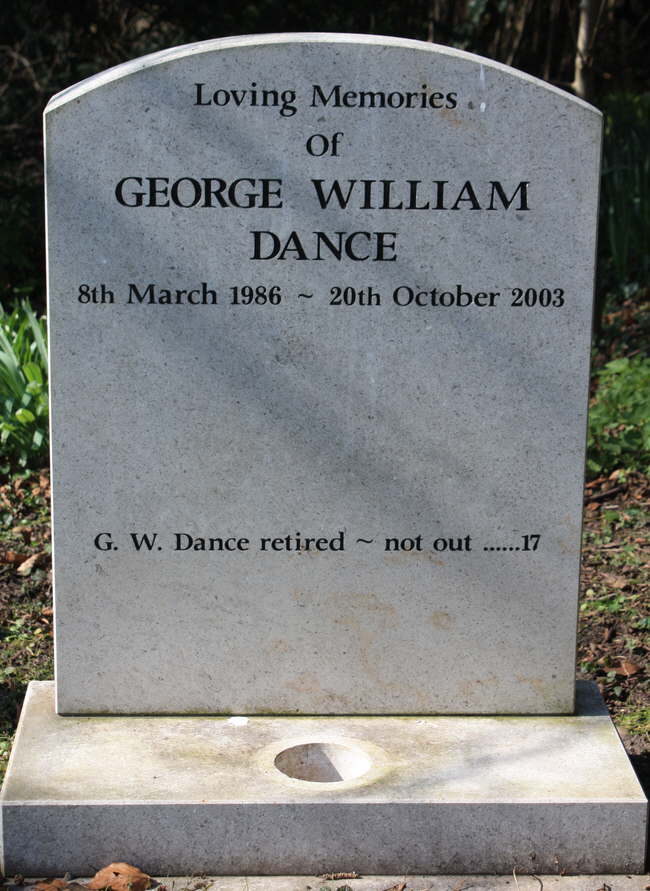 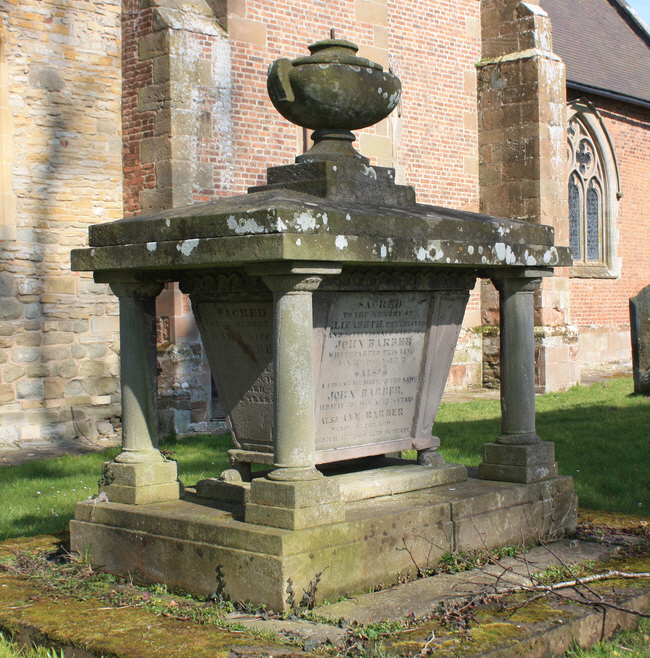 A most peculiar design - it looks like two separate memorials one on top of the other.