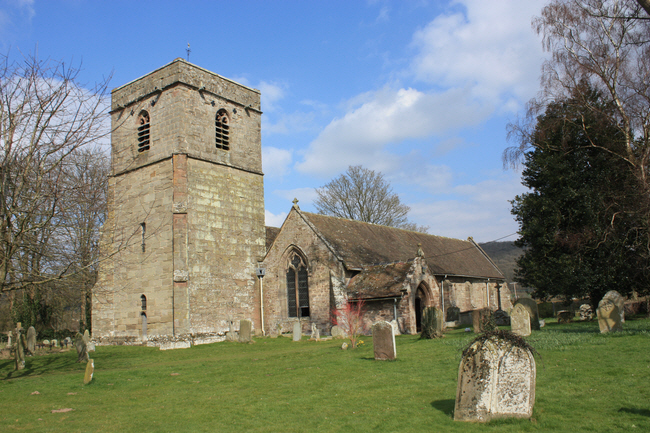 St Cuthbert's Church is a redundant Anglican church about 1 mile to the southeast of the village of Holme Lacy, Herefordshire. The church is now in an isolated position, but earthworks in its vicinity suggest that a village existed nearby, which subsequently became deserted. The fabric of the present church originates from the 13th century. The tower was added in the 14th century, and a north chapel and south porch followed in the 16th century. 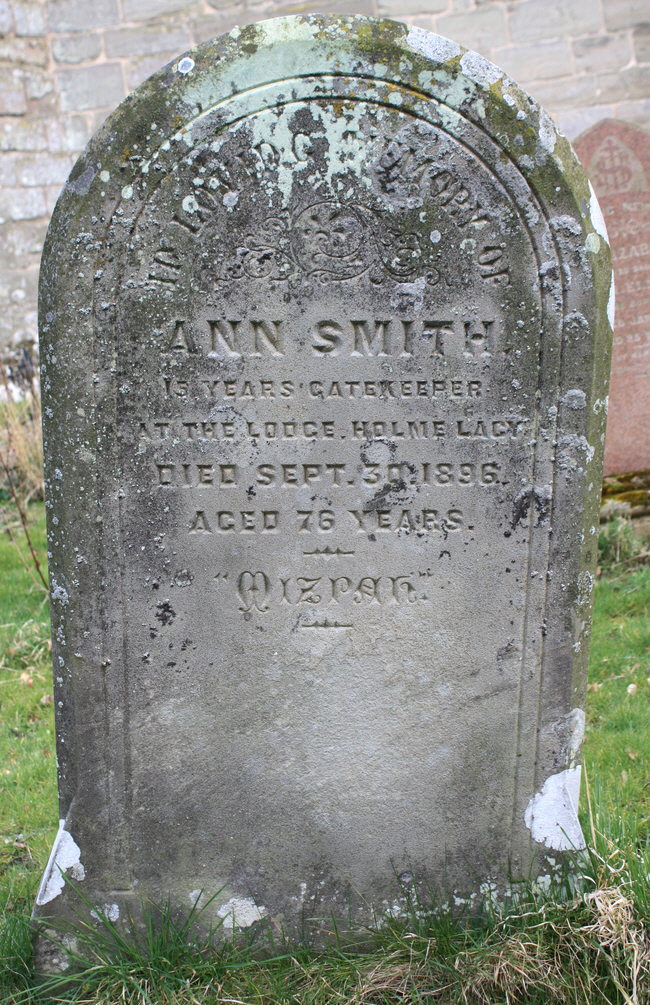 Ann Smith was a Gatekeeper. 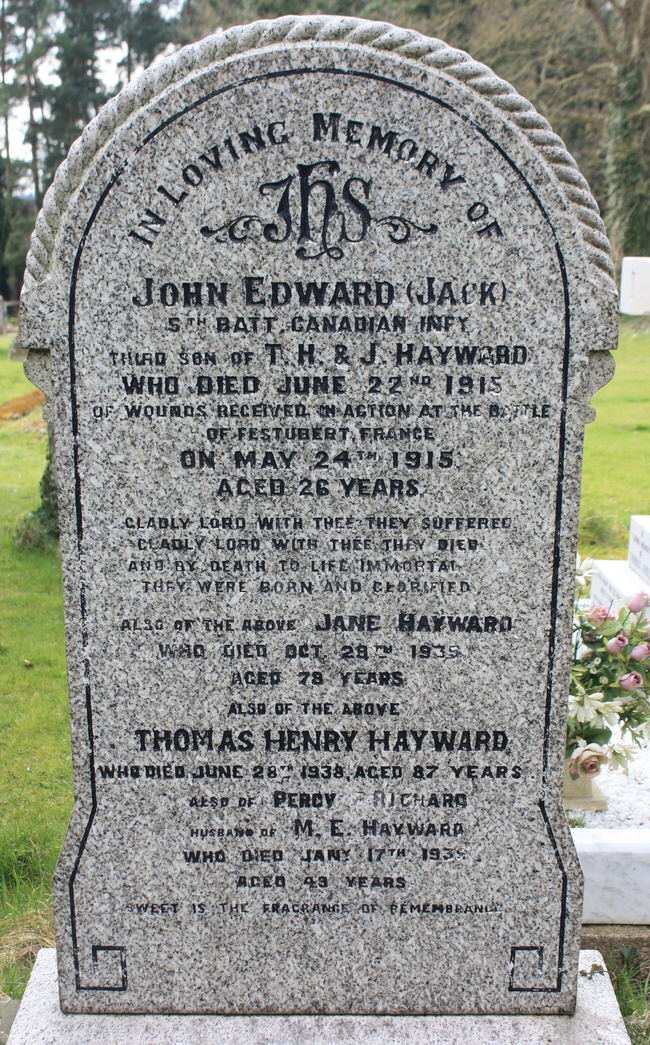 John Edward Hayward died almost a month after he had been wounded on the Western Front in 1915.

This very impressive statue of the 10th Earl of Chesterfield was half-hidden by a hedge behind the church. 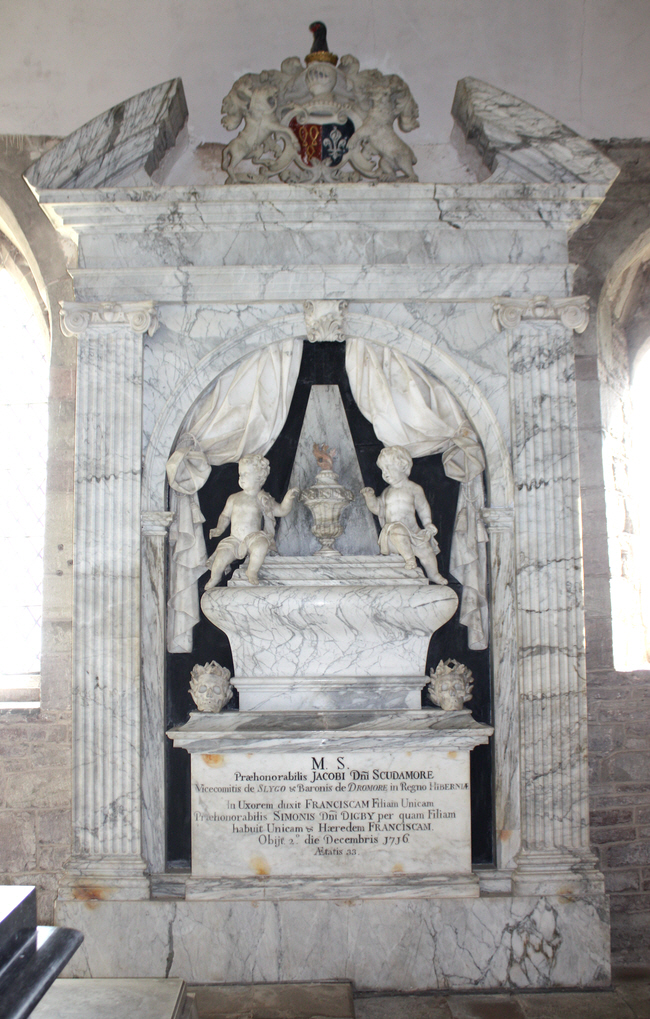 In the south aisle is a wall monument to James Scudamore, 3rd Viscount Scudamore who died in 1716. This consists of a sarcophagus on which is an urn and two seated putti. Lower down, on each side of the sarcophagus, are two wreathed skulls. The whole is surrounded by Ionic columns and a broken segmental pediment.

On the east wall of the south chapel is a monument to Mary Scudamore Stanhope who died in 1859. This was sculpted by Matthew Noble in white marble, and depicts a female figure standing in a niche. 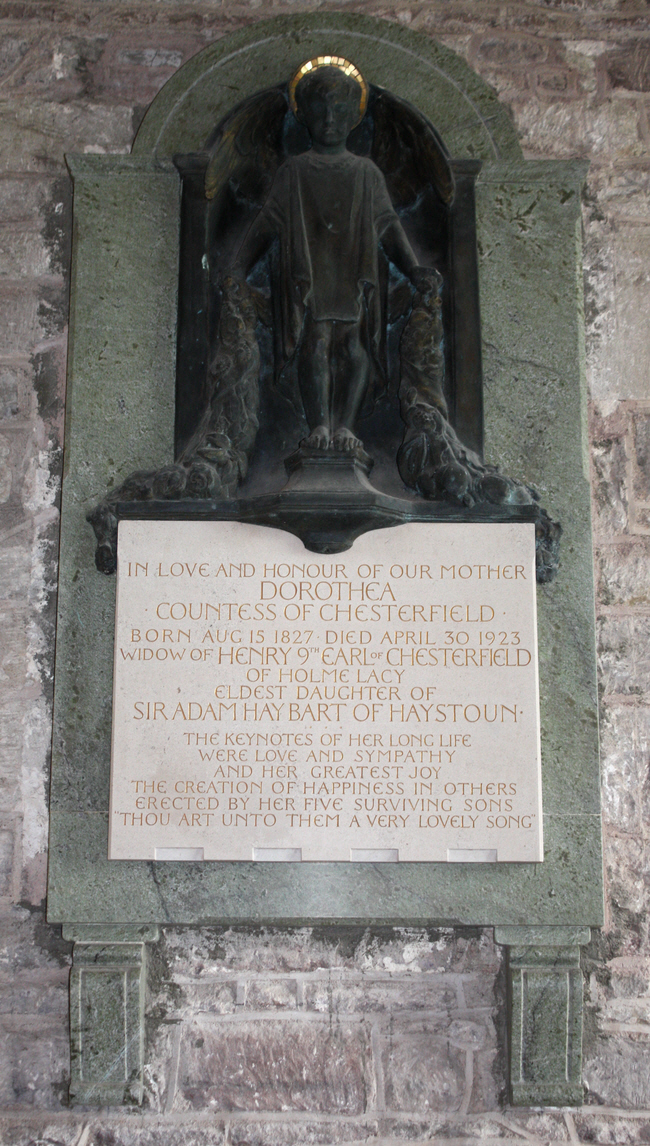 The memorial to the Countess of Chesterfield who died in 1923. 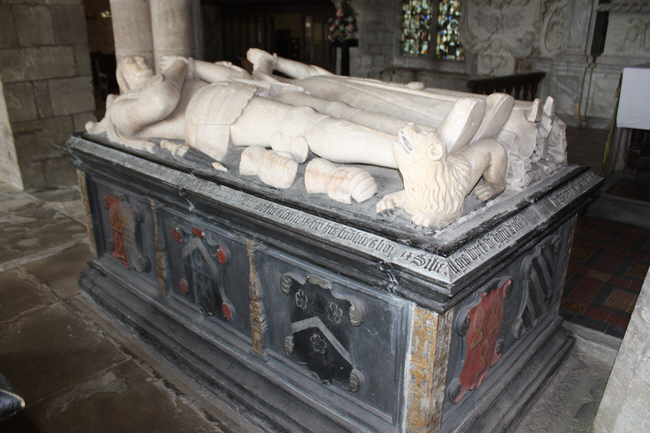 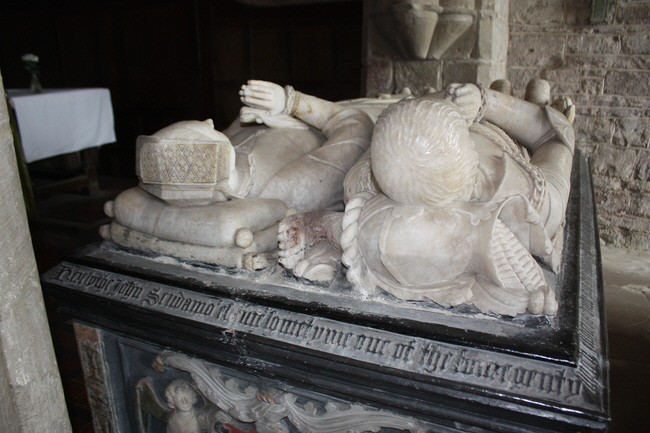 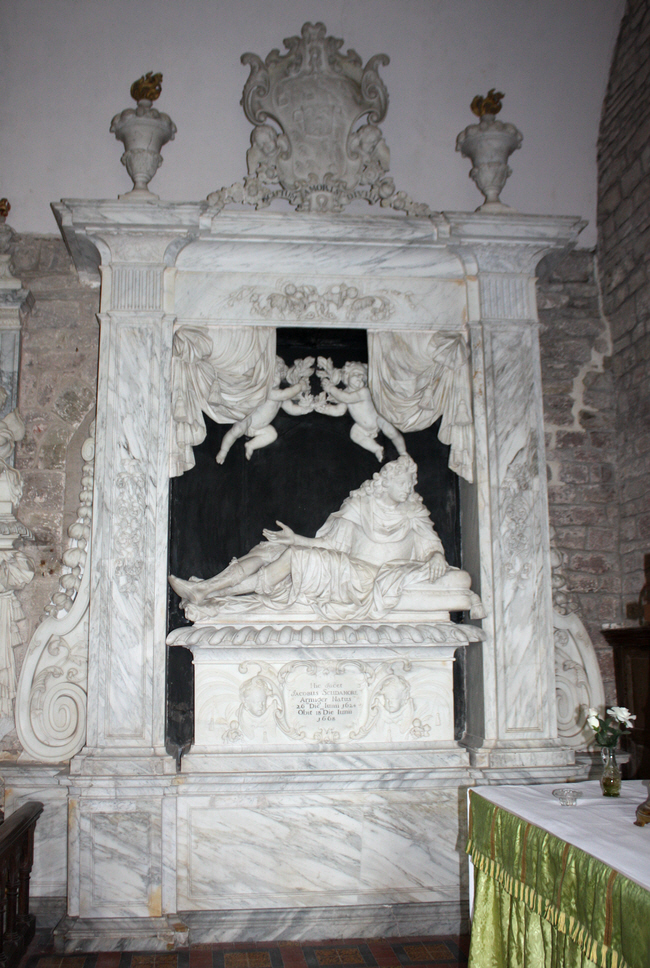 On the north wall of the chancel is the white marble monument in Baroque style to James Scudamore who died in 1668. It contains a sculpture representing James Scudamore in a sitting position, wearing Roman dress. Above his head are two cherubs, and the whole is framed between two pilasters. 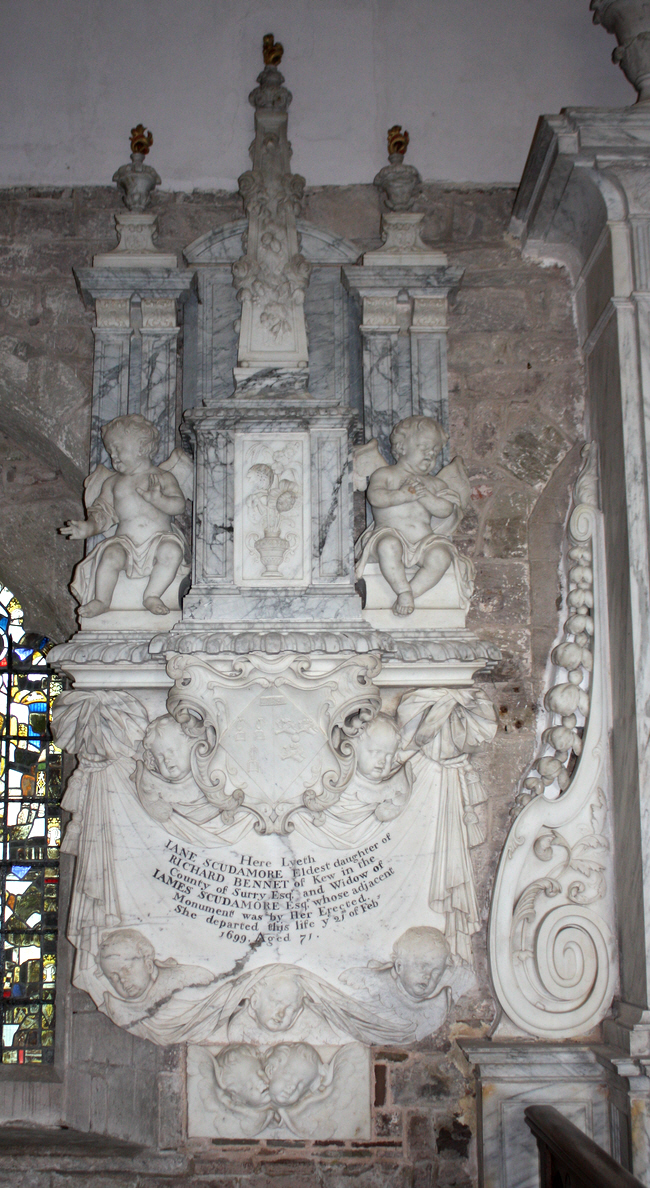 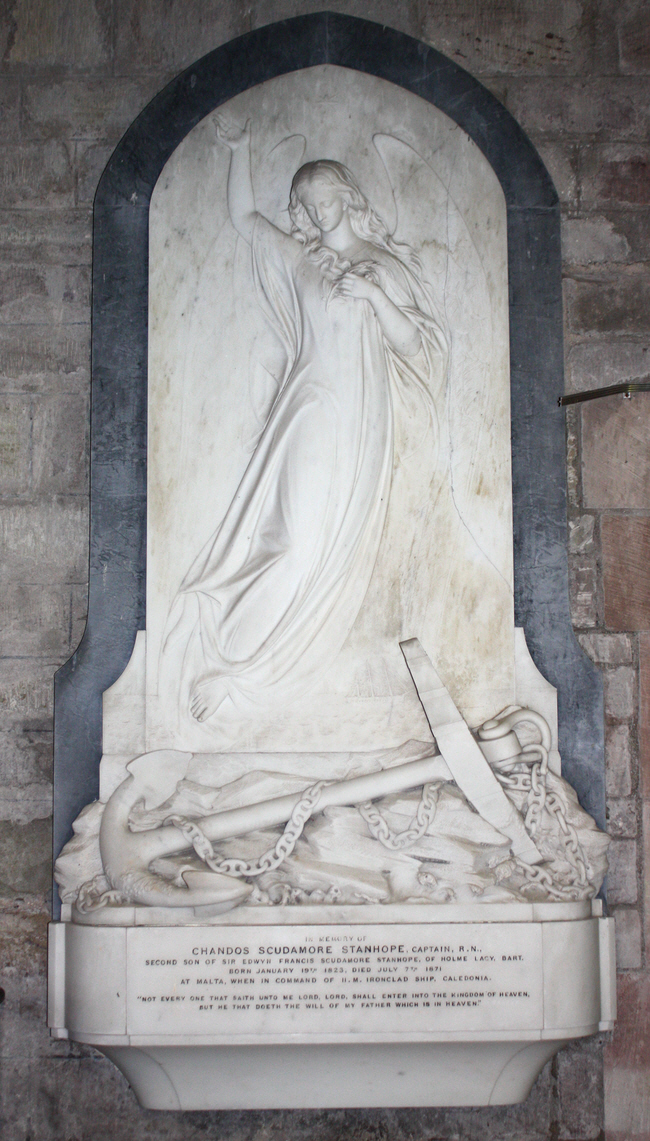 Chandos Scudamore Stanhope died at Malta in 1871 while commanding the H.M.S. Caledonia. 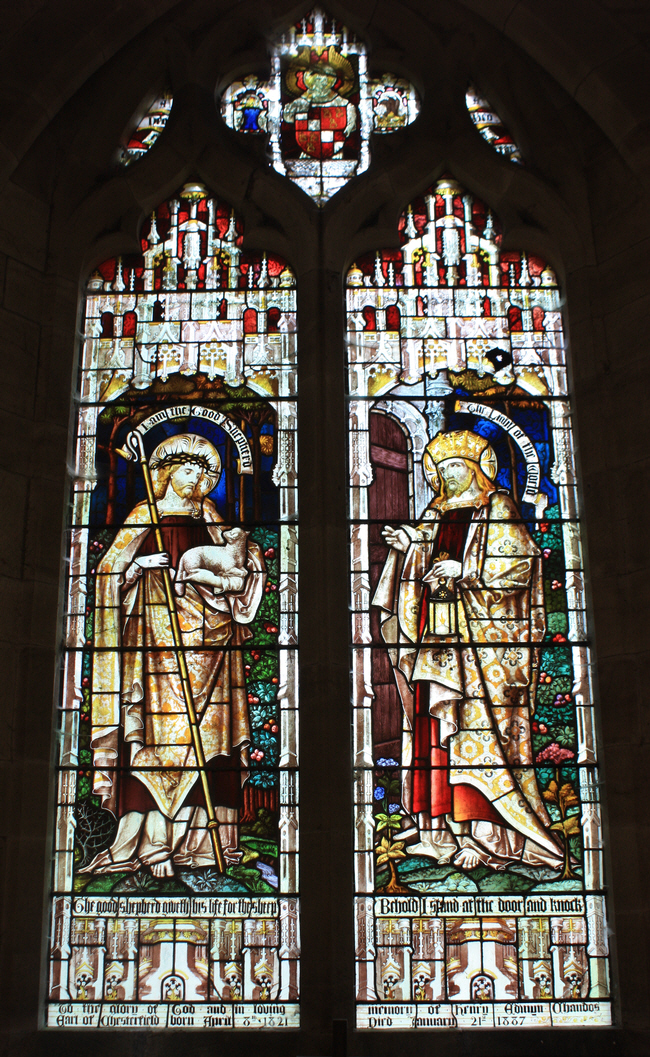 Yet another example of the superb stained glass that can be found in Herefordshire churches.