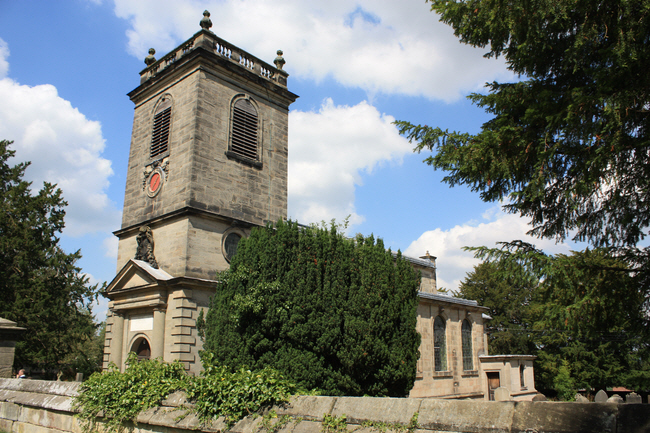 Ingestre parish church of St Mary the Virgin was built in the Grecian style in 1676 by Walter Chetwynd, Esq, at a short distance from the old one, which was taken down after the bones and memorials of the dead had been removed from it to the new edifice. 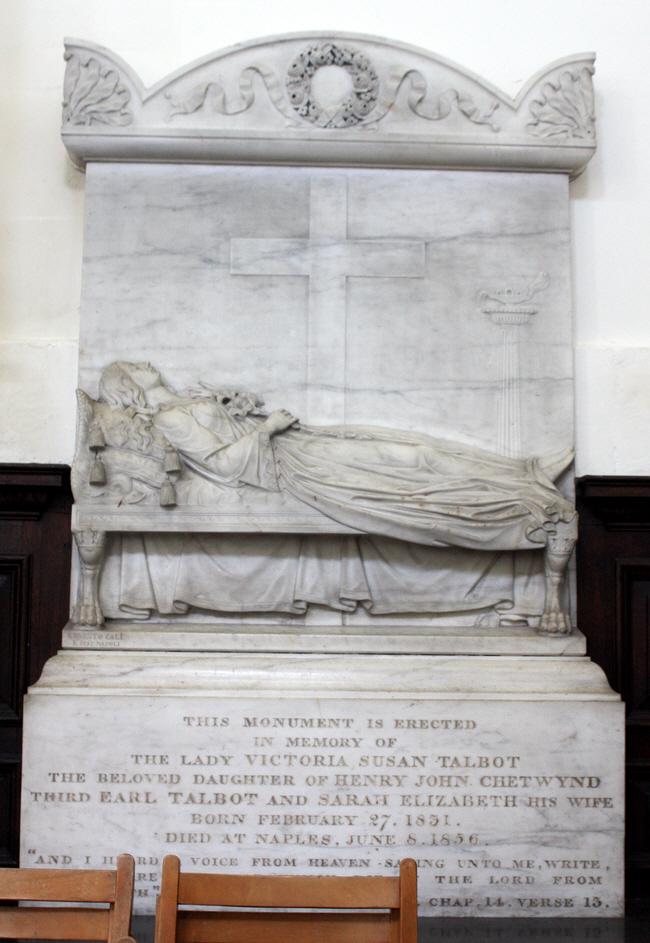 The memorial to Lady Victoria Susan Talbot (1831-1856) by Ernesto Cali of Naples. 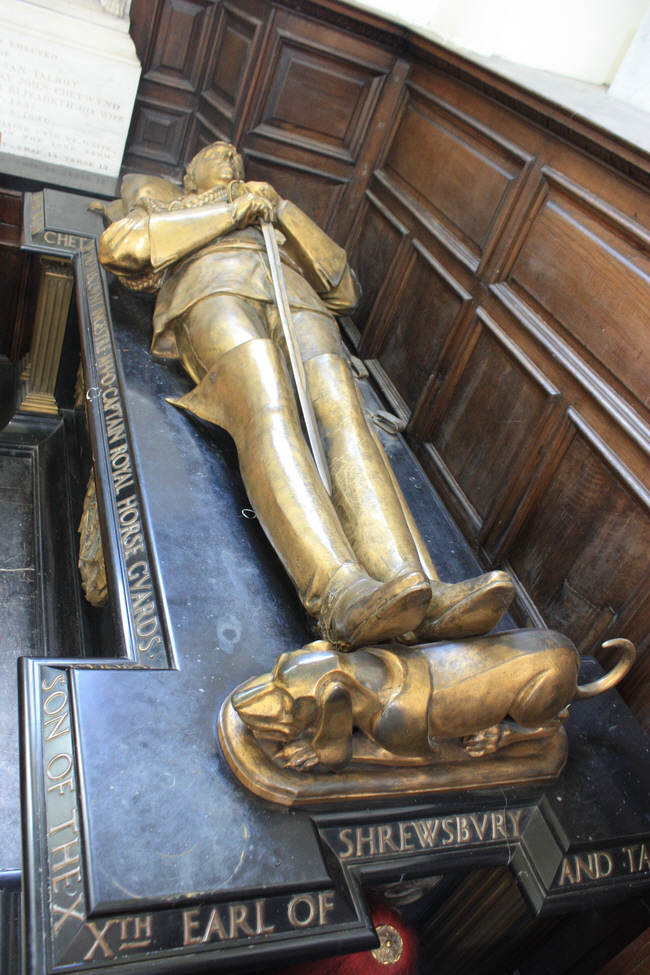 The remarkable bronze and black marble monument to Charles Chetwynd, Viscount Ingestre (1882 -1915). Viscount Chetwynd died at his London home of pneumonia after a bout of influenza. He is shown wearing the uniform of his regiment the Royal Horse Guards. 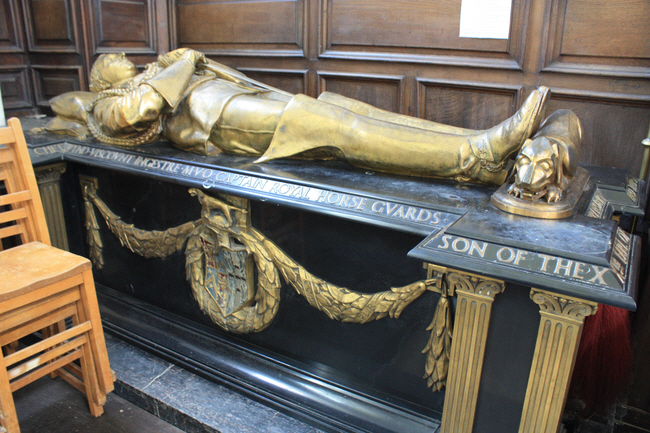 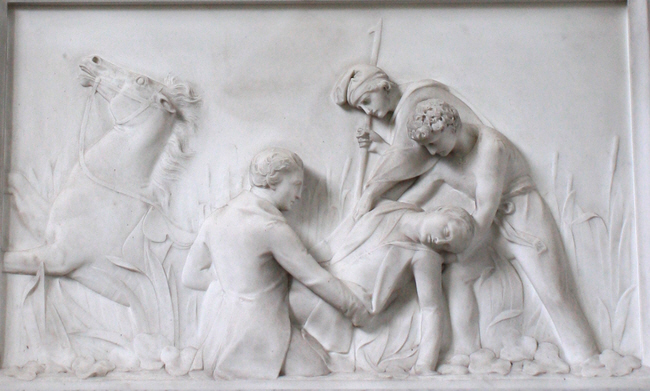 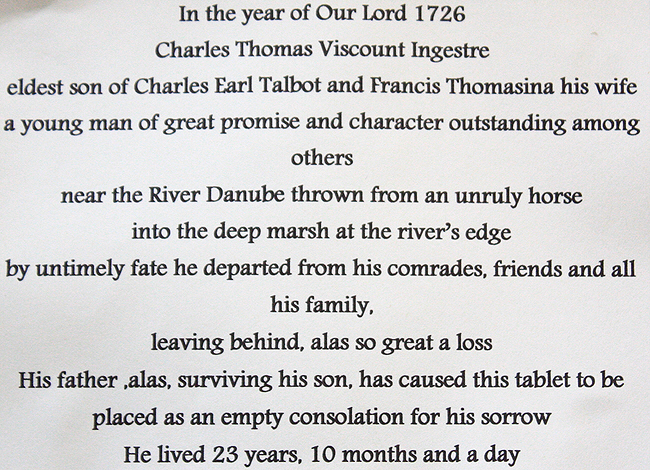 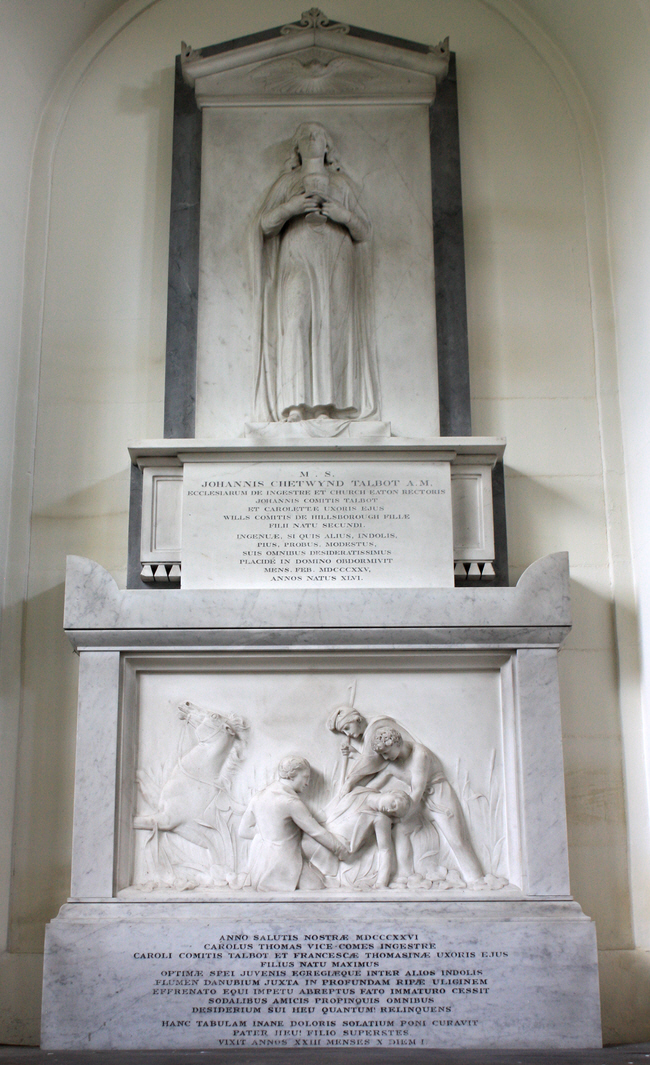 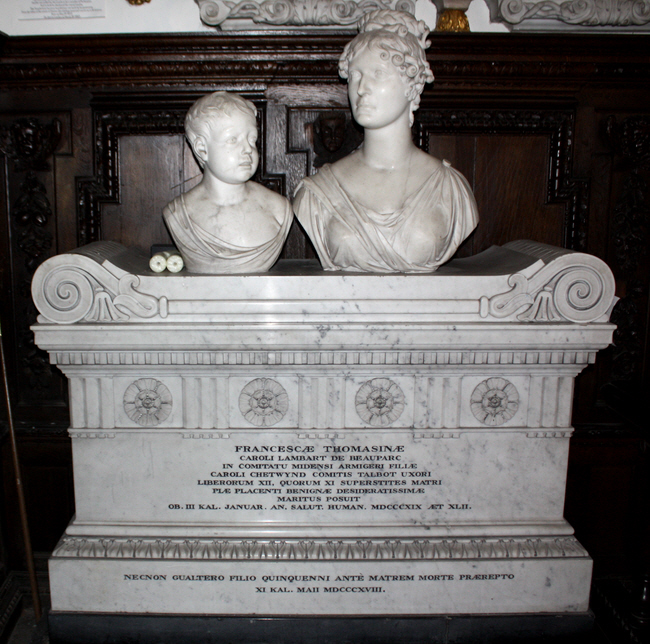 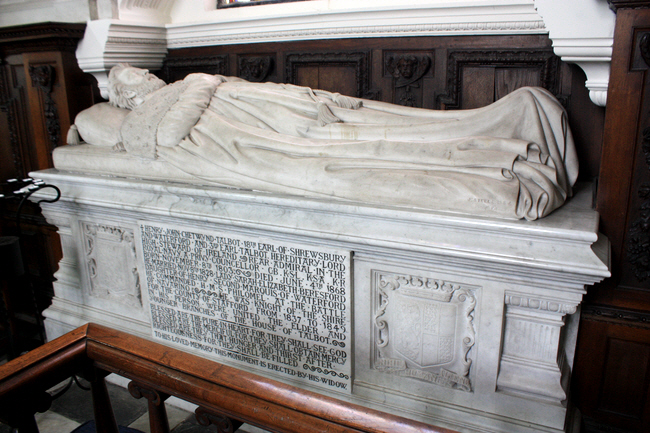 Mary Beech served for 37 years as Nurse to the family of the Earl of Shrewsbury. 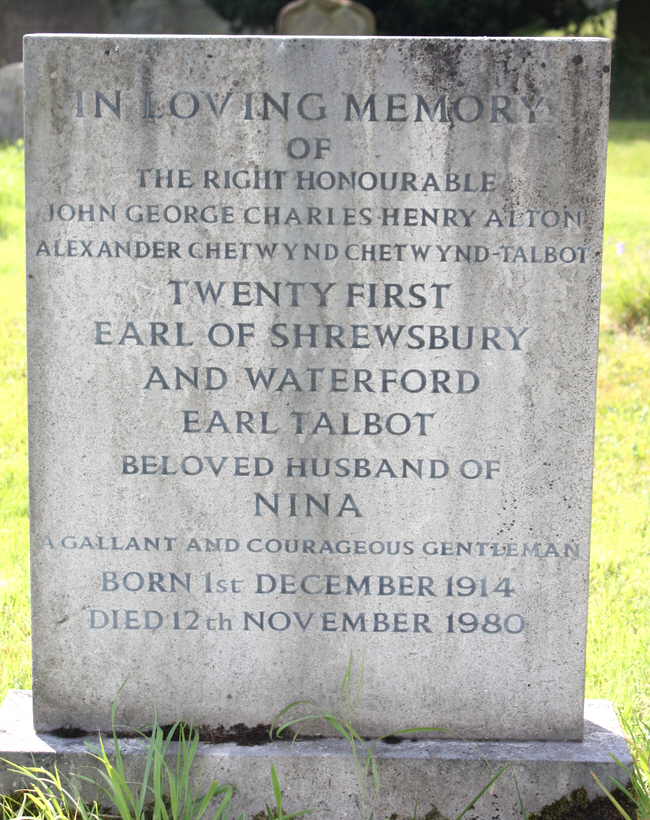 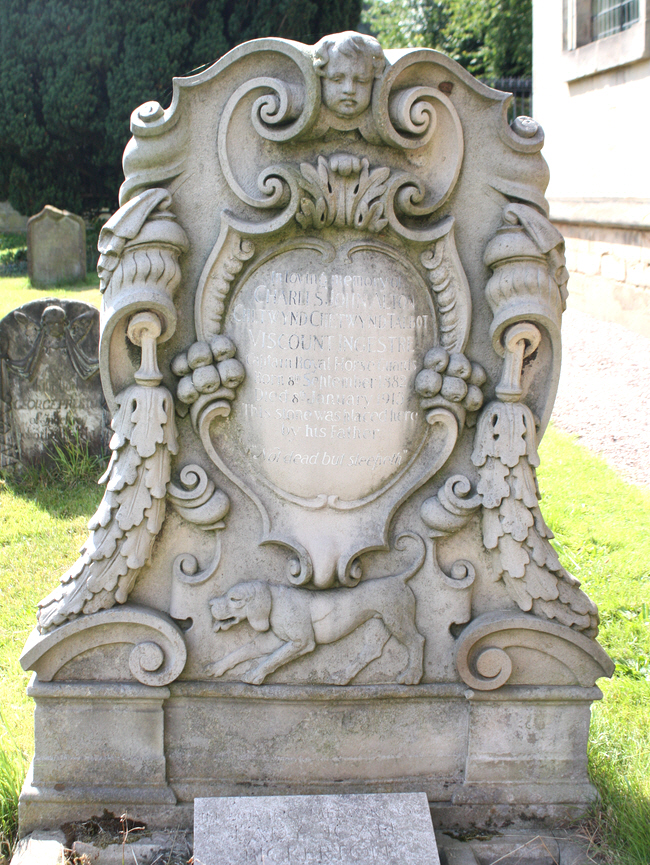 Short was the warning that death gave,

When I was summond to the grave;

One moment life and health enjoying,

The next my vigorous body dying;

A warning take for death prepare,

O Hasten to a pardoning god,

And wash your sins in Jesus blood. 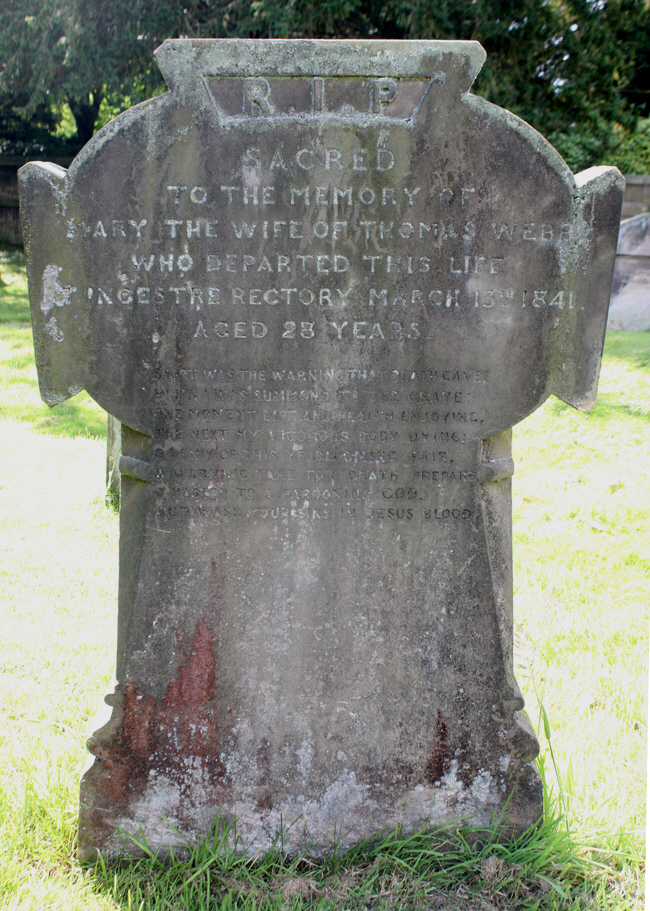