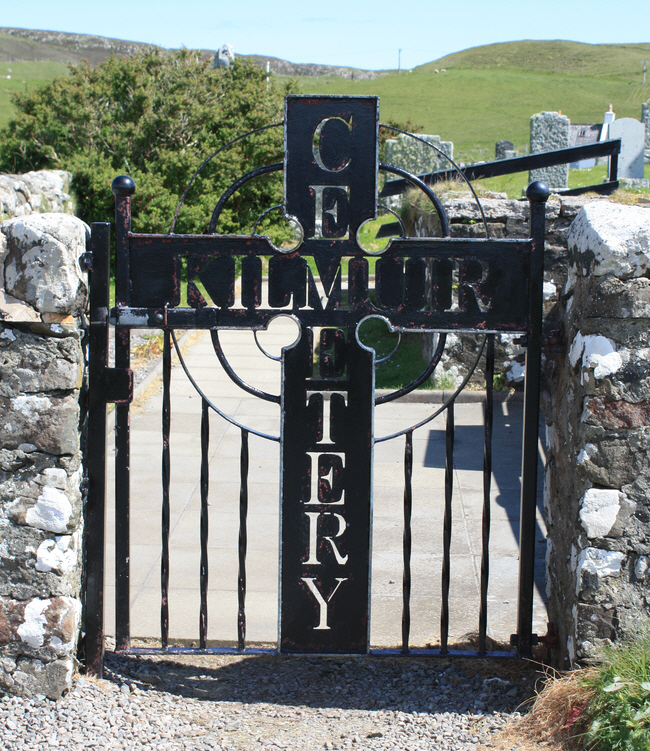 We discovered this cemetery on a gloriously sunny day during our time on the Isle of Skye. 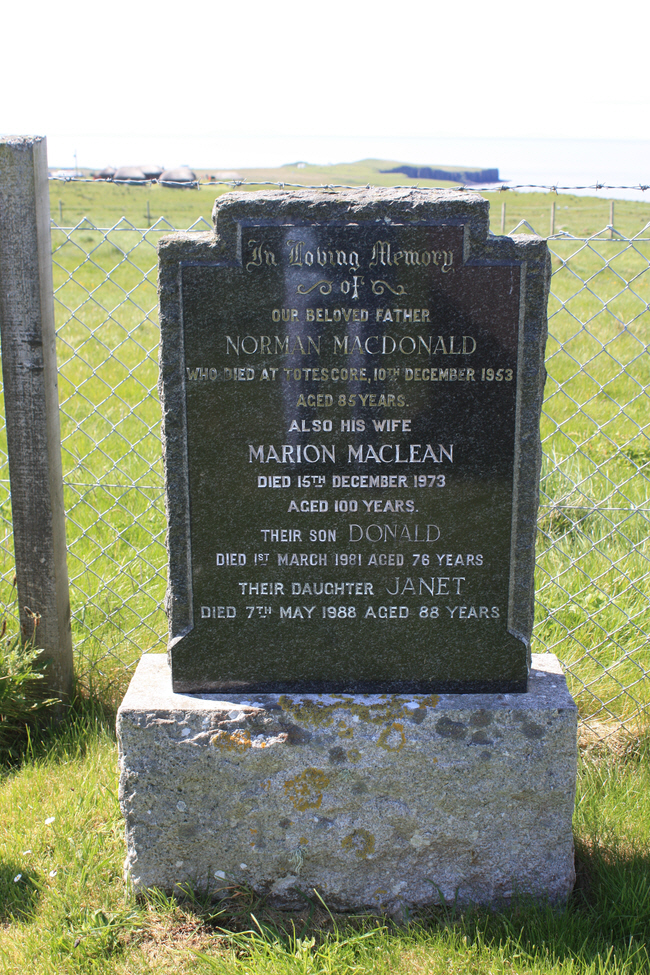 A lady who died at age 100 - actually the most common of the "automatic qualifiers for a photograph". 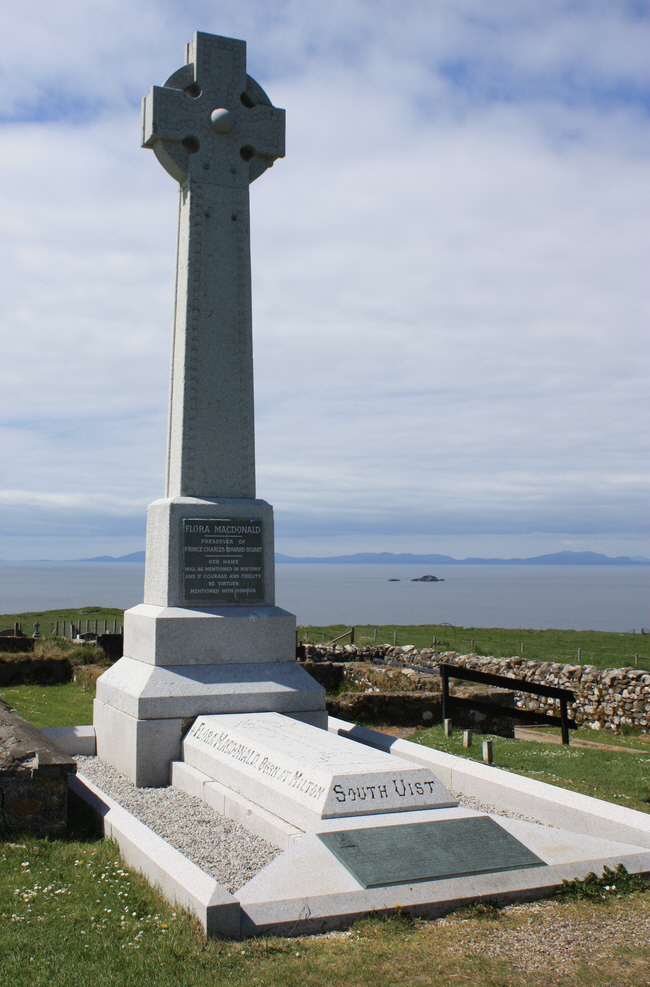 After aiding Bonnie Prince Charlie's escape from Skye, Flora was captured and taken to London. From 1747 to 1774 she lived on the island and after a spell in the USA she returned to Skye where she died in 1790. 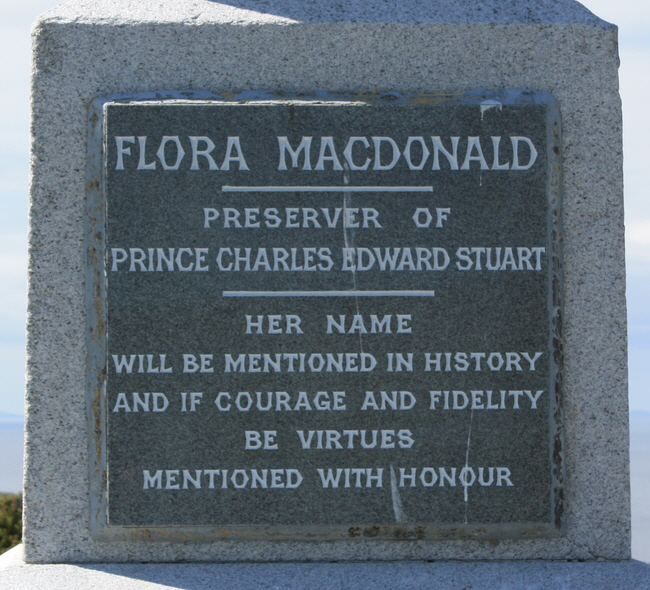 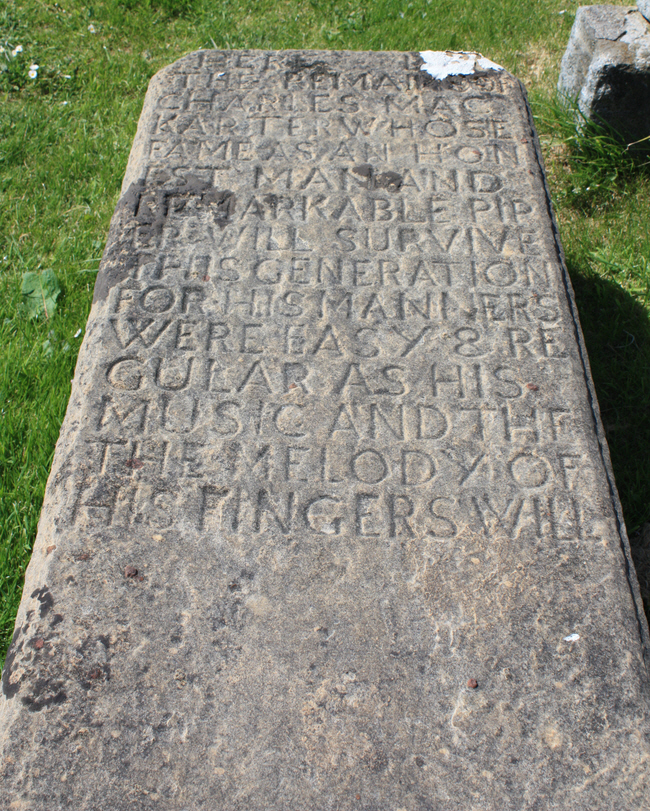 This stone was incomplete because the mason didn't think he was going to be paid! 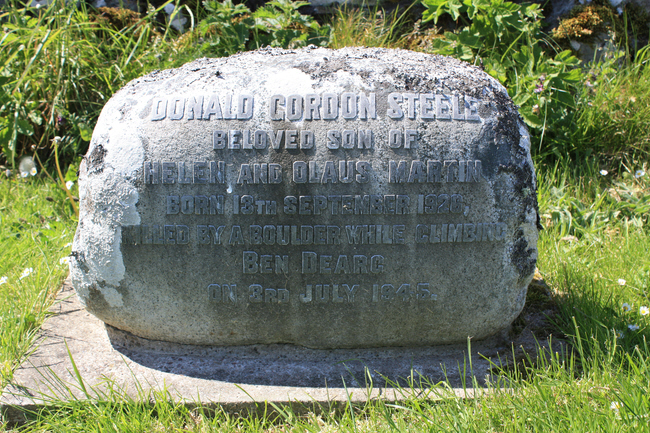 Killed by a boulder while climbing Ben Dearg

The grave of Angus Martin who was reputed to have stolen this stone from the grave of an early Scottish king.