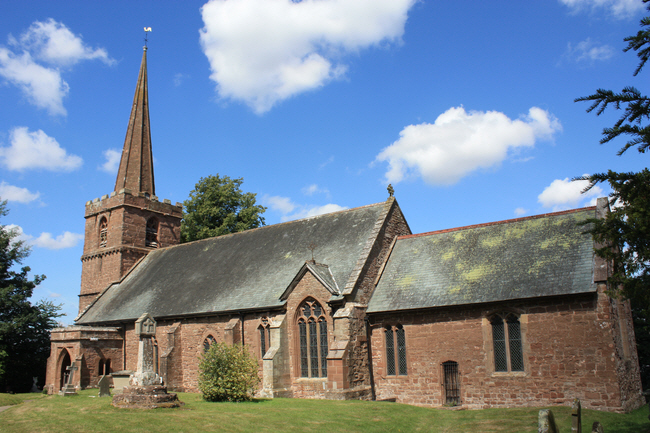 This parish church has a 13th century nave and an early 14th century west tower. The chancel rebuilt and top stage of tower added some years later. The church was restored in 1894. 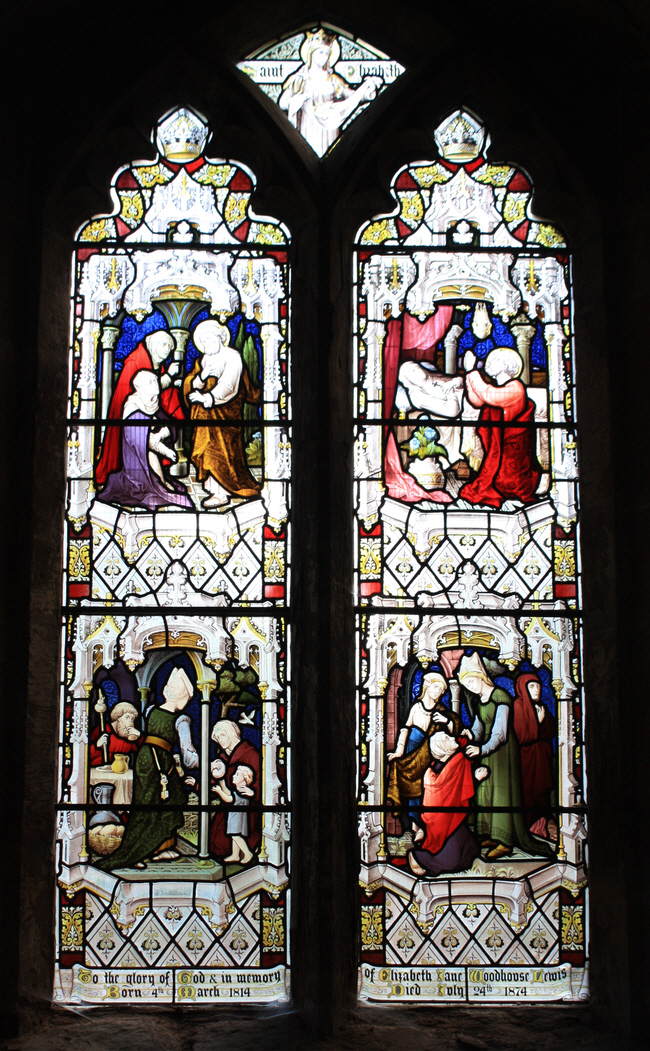 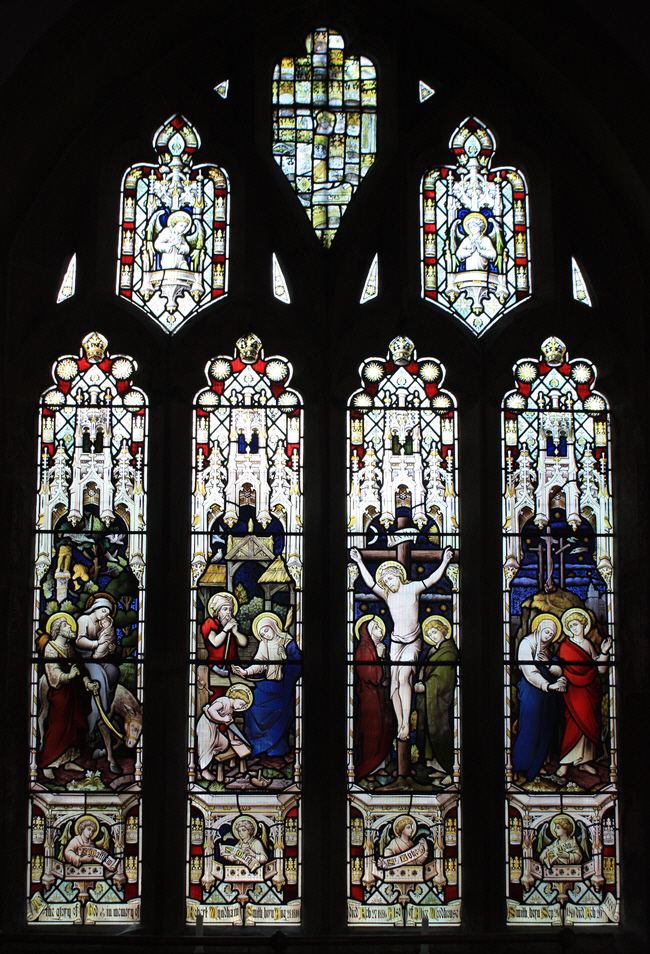 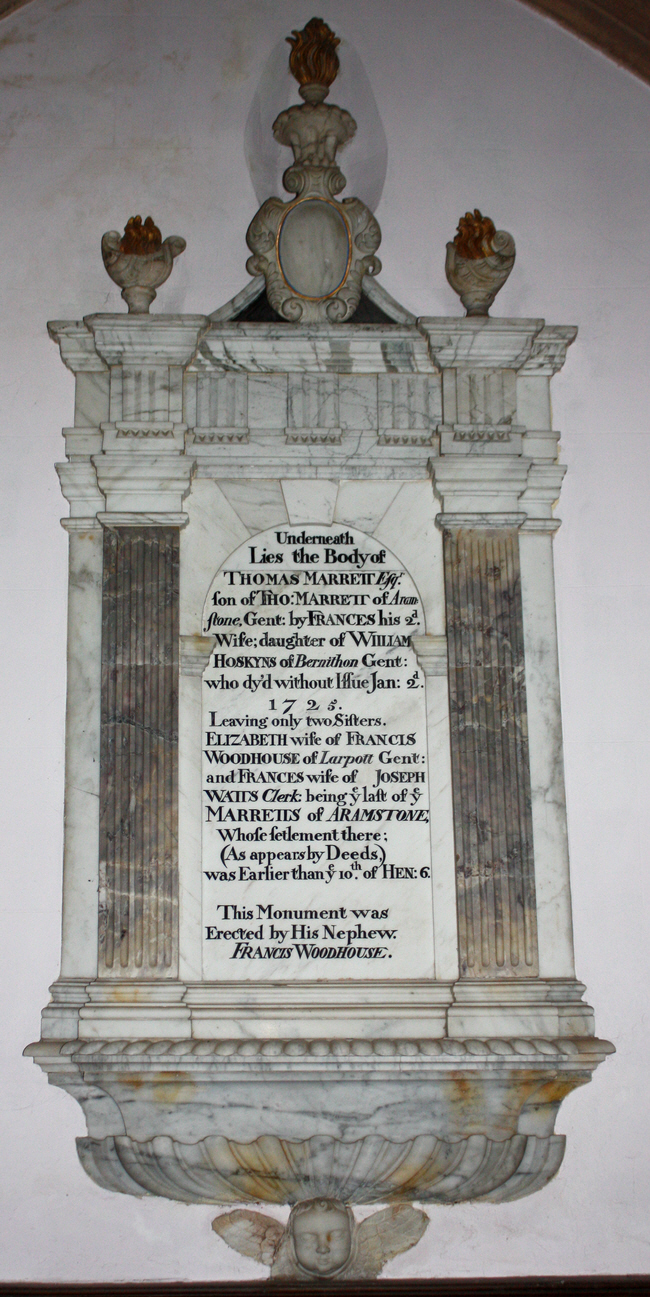 In the Aramstone chapel there is a memorial to Thomas Marrett, who died in 1725. In consists of marble fluted Doric pilasters flanking the inscription panel with Doric entablature surmounted by cartouche. 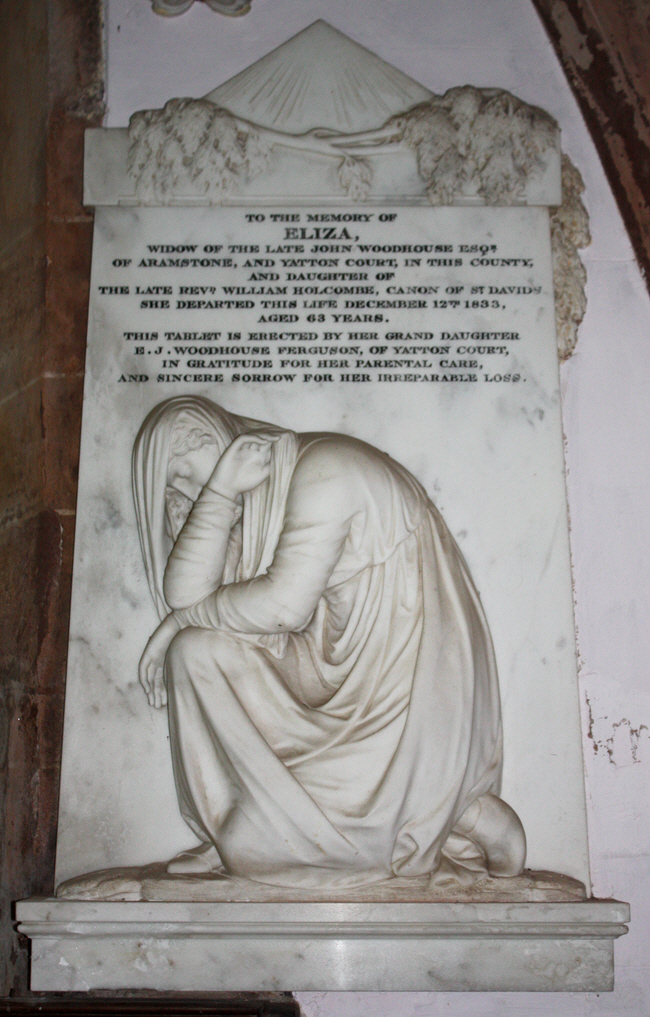 The ornate memorial to Eliza Woodhouse who died in 1835. 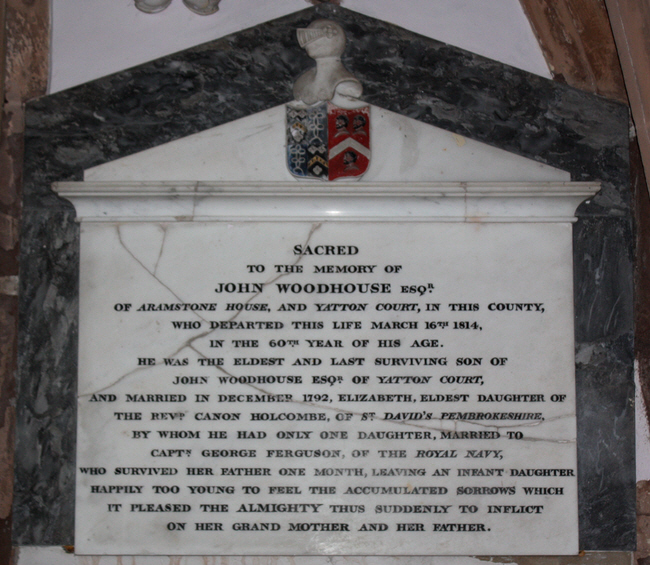 "... leaving an infant daughter happily too young to feel the accumulated sorrows ...".. 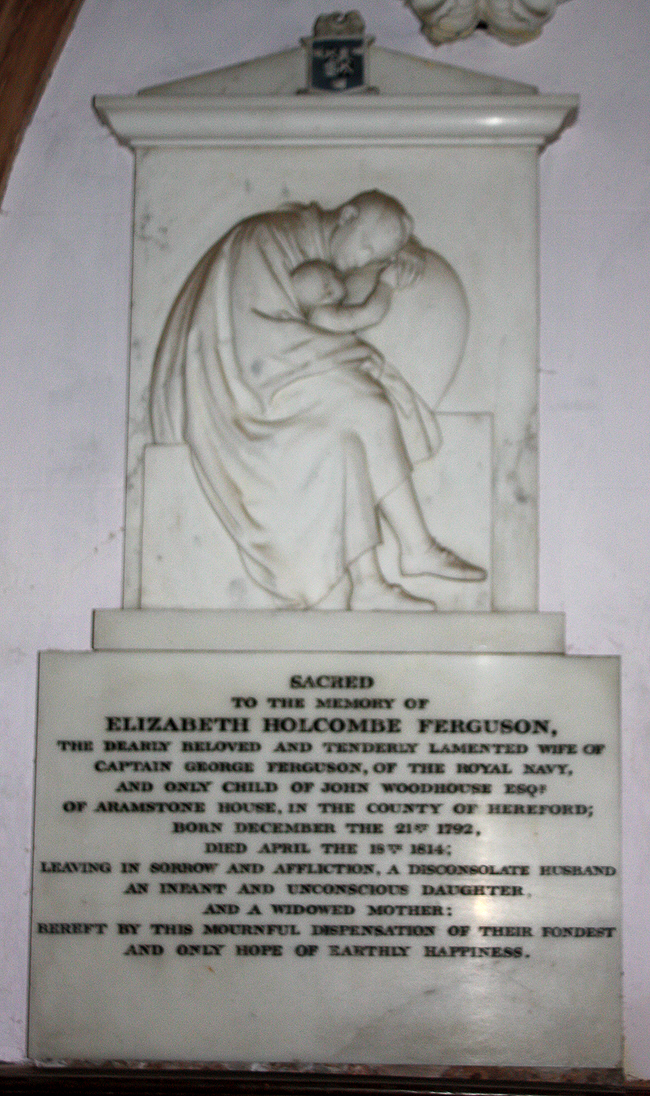 "... an infant and unconscious daughter..." was too young to remember her deceased Mother. 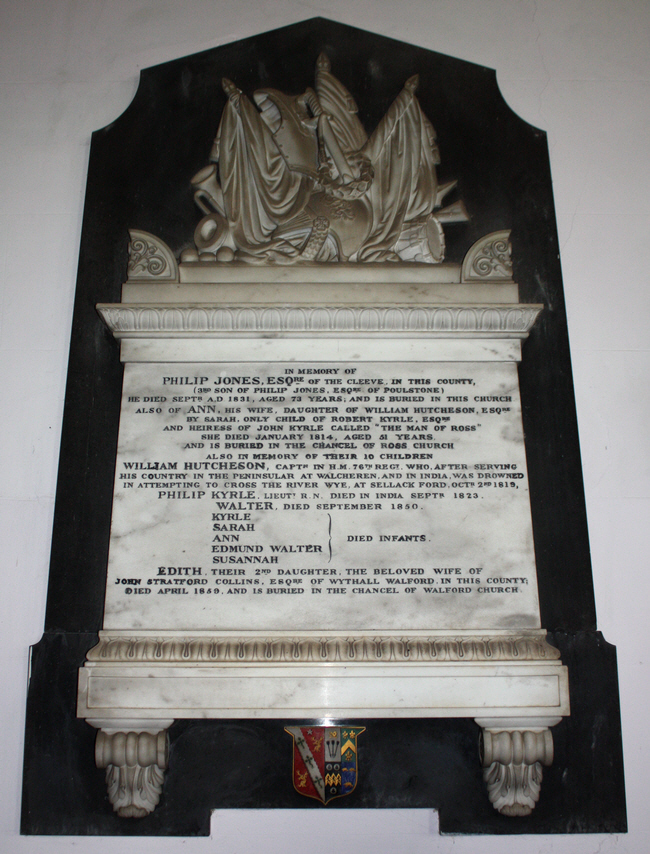 William Hutcheson was drowned "... in attempting to cross the the River Wye at Sellack Ford ...". 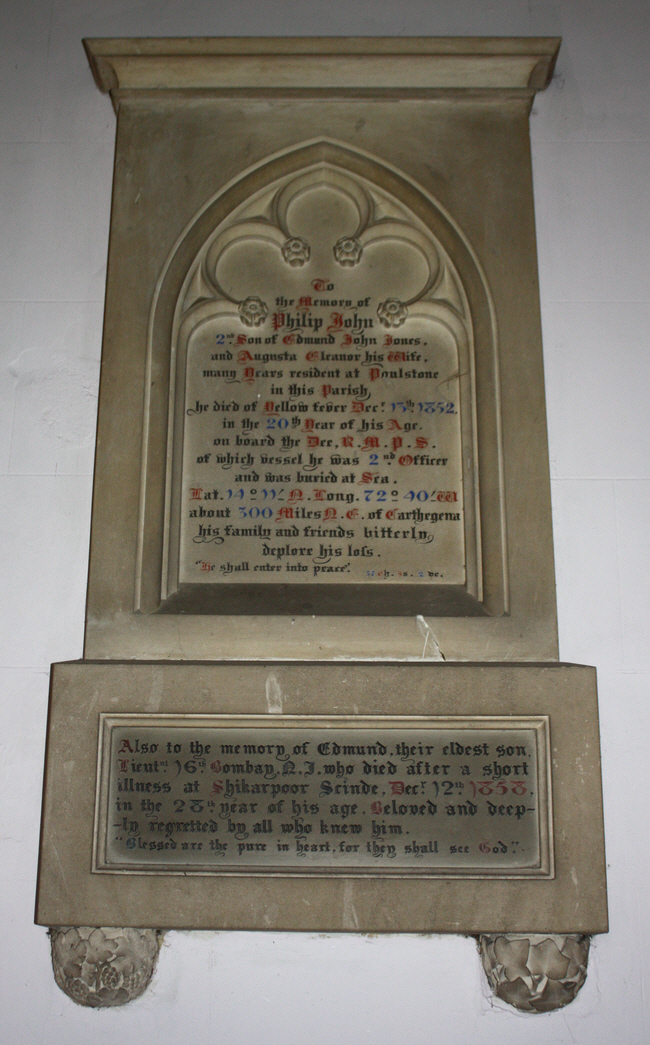 This is only the second time we have seen the latitude and longitude of the place of death reported on a memorial. 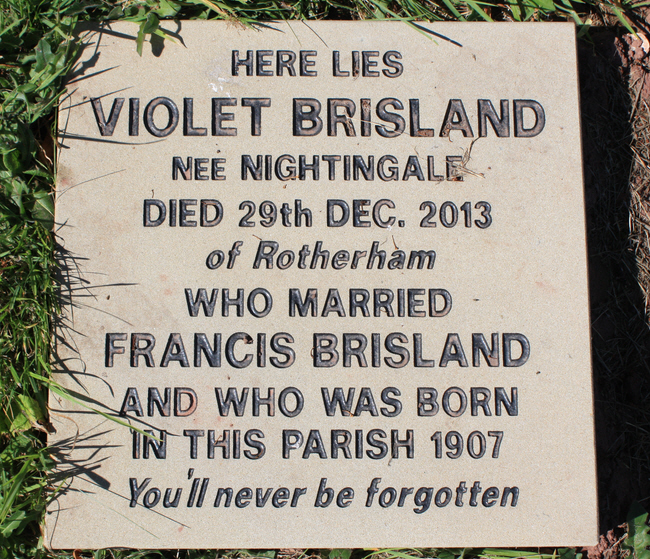 The text is rather ambiguous - was it Violet or Francis who was "born in this parish"?. 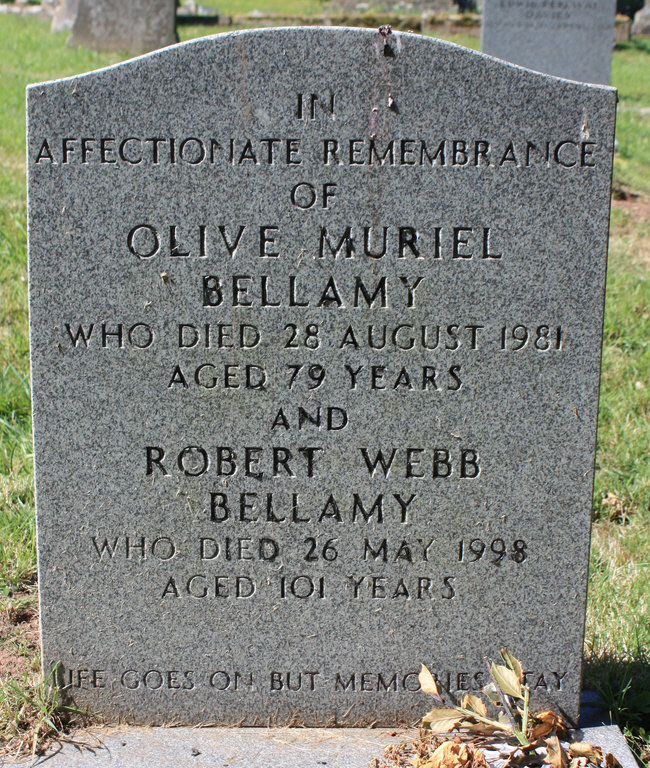 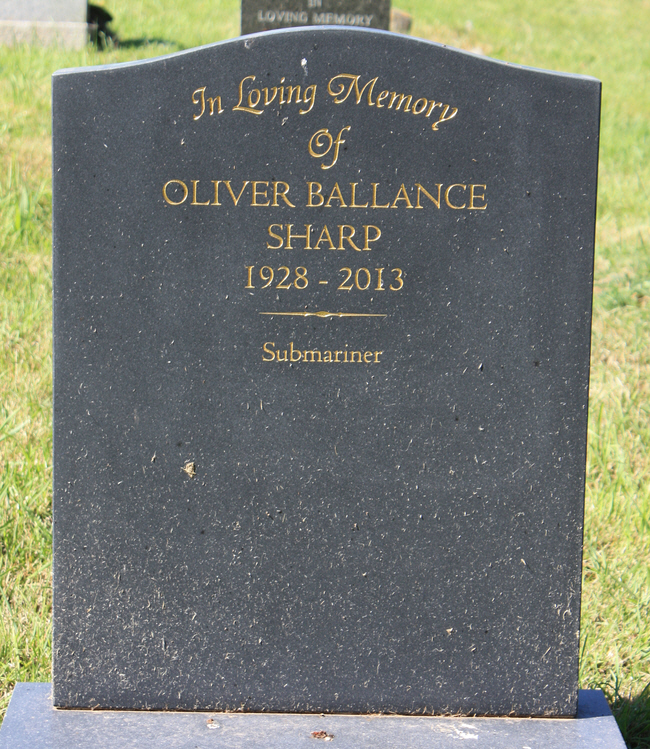 Oliver Sharp was a Submariner. 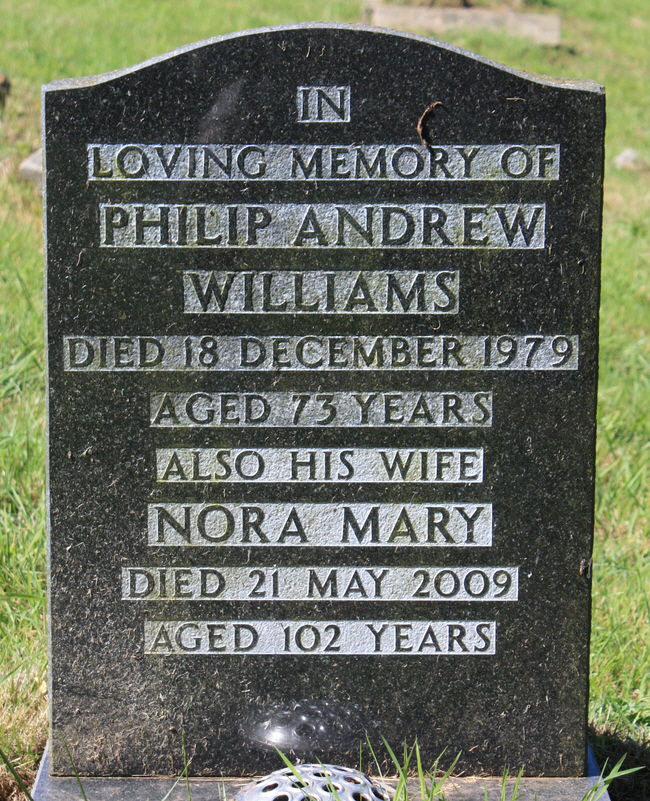 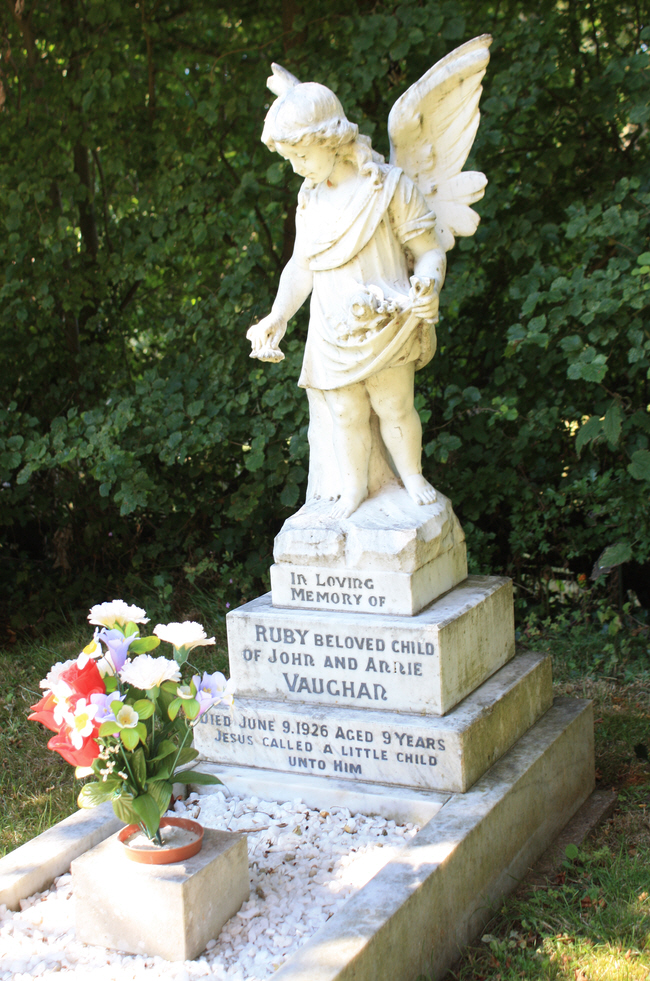 A beautiful statue of an angel watching over a young child.

Robert Bellamy died aged 101 having served the church for over 70 years. 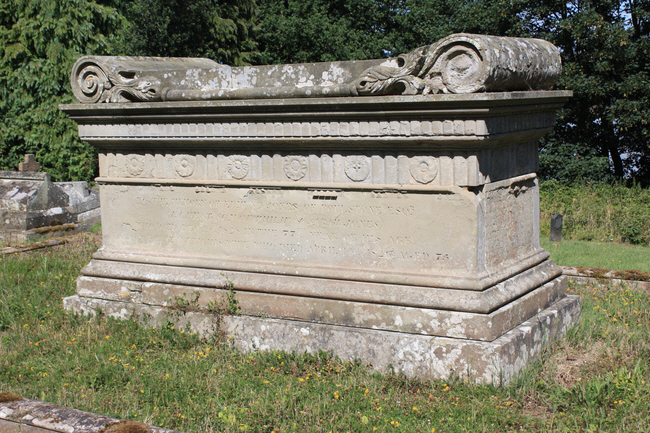 This elaborate box tomb caught our eye - it looks like a mattress on the top of it.