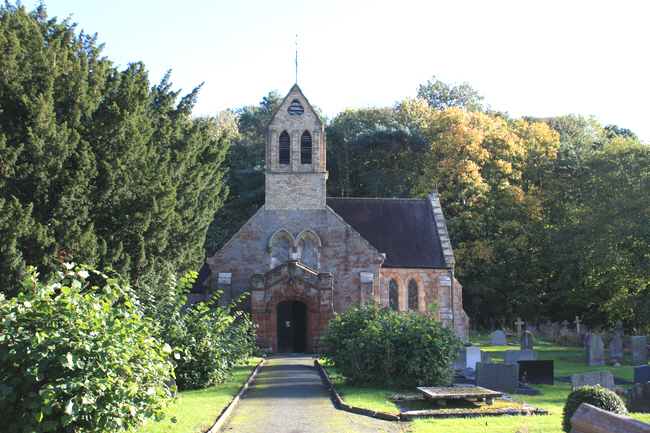 The parish church of St Mary at Knockin was founded by Ralph Le Strange between 1182 and 1195. It has a Norman chancel, nave and north aisle but the building was heavily restored in 1847. When we were inside the church we could see that the oldest pillars on the left-hand side were still leaning outwards. 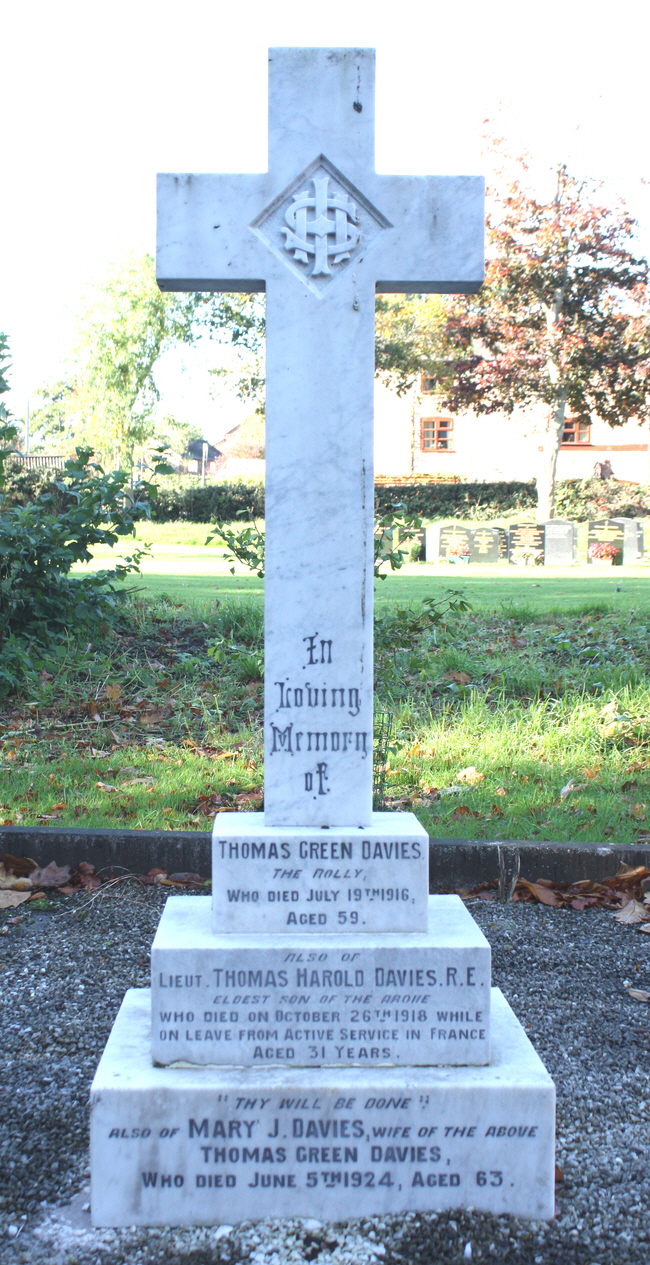 Thomas Harold Davies died "while on leave from active service" in October 1918. This is the first time we have come across this form of words. 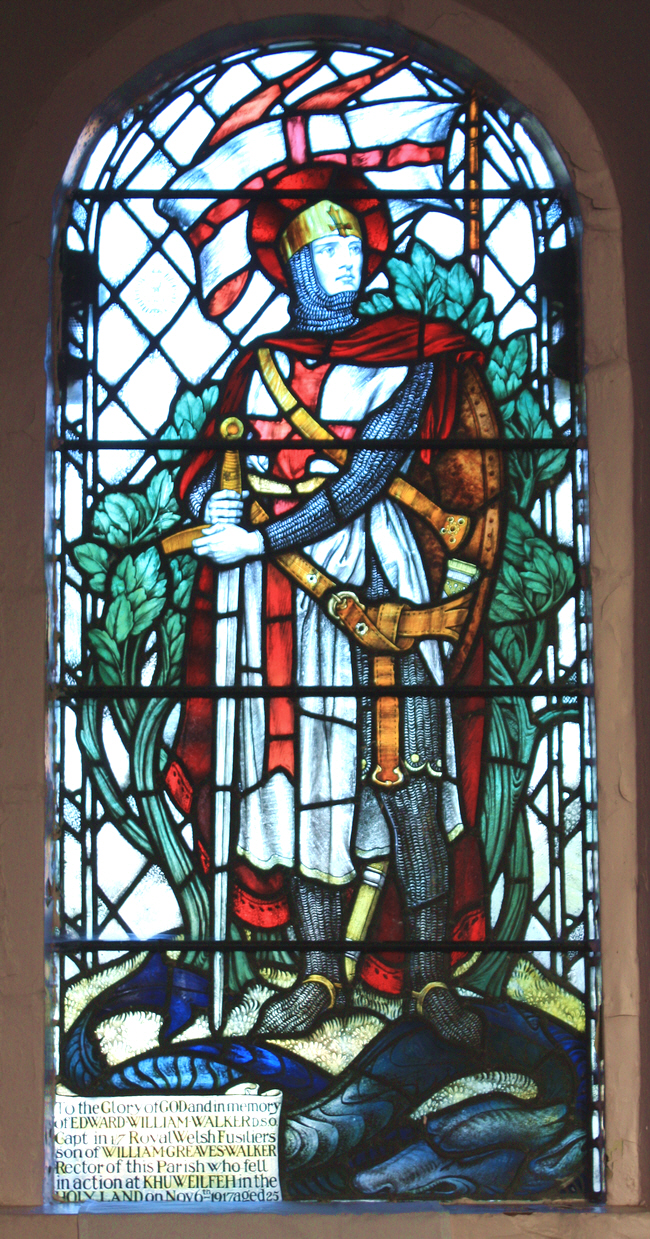 A particularly impressive piece of stained glass in memory of Captain Edward William Walker who died in the Holy Land in 1917.