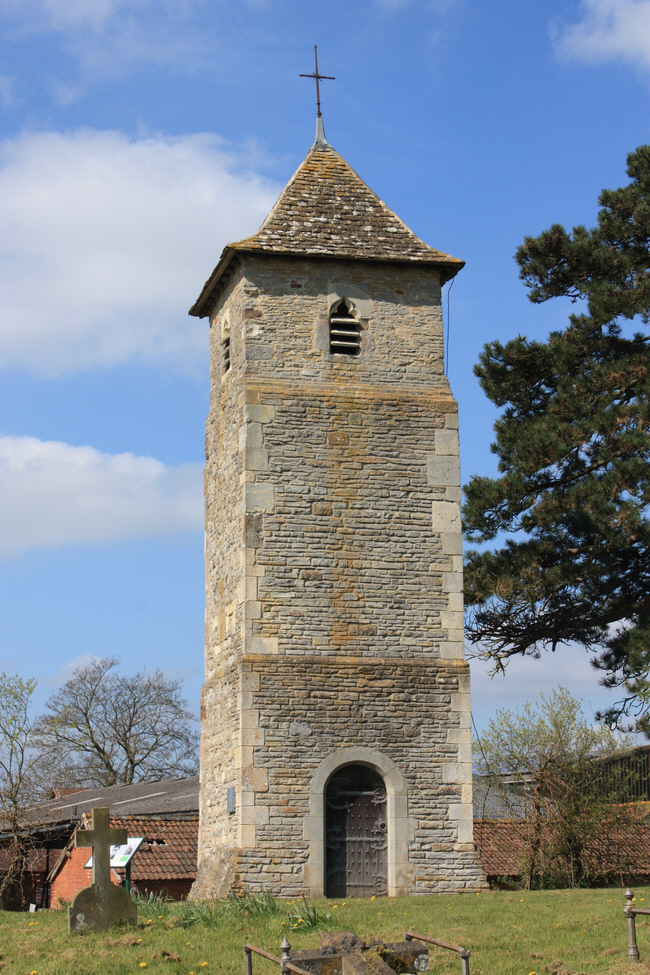 The late Saxon tower of St Oswald's is all that remains of the old parish church of Lassington. The church must predate the Norman Conquest, but the earliest mention of it is a reference to ceremony of rededication in 1095. The lowest two stages of the tower are late Saxon or very early Norman construction. The rest of the church was demolished in 1975. The church was built to serve Lassingham village, which was deserted in the medieval period. 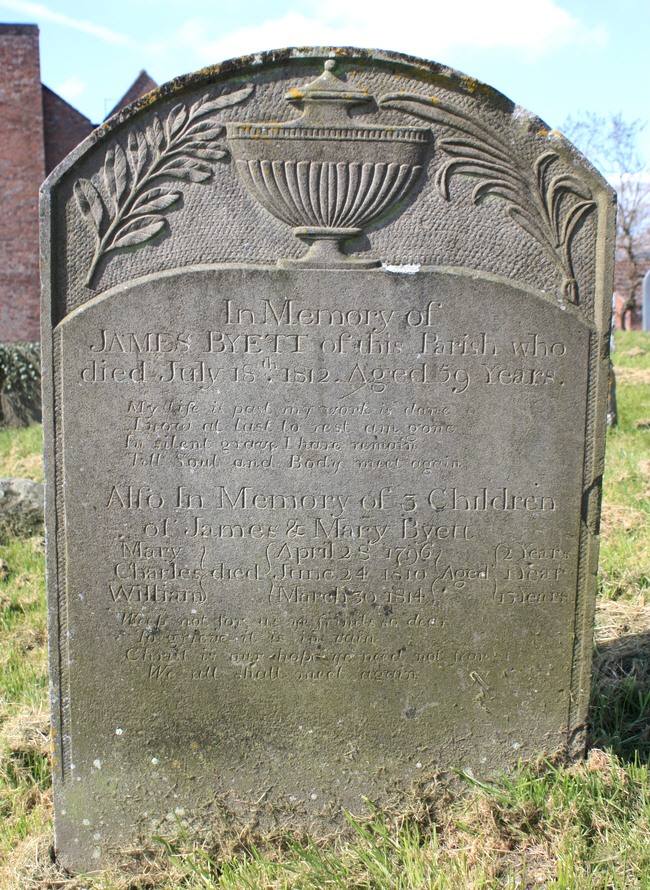 A sad memorial to three children of James and Mary Byett who died before reaching adulthood. 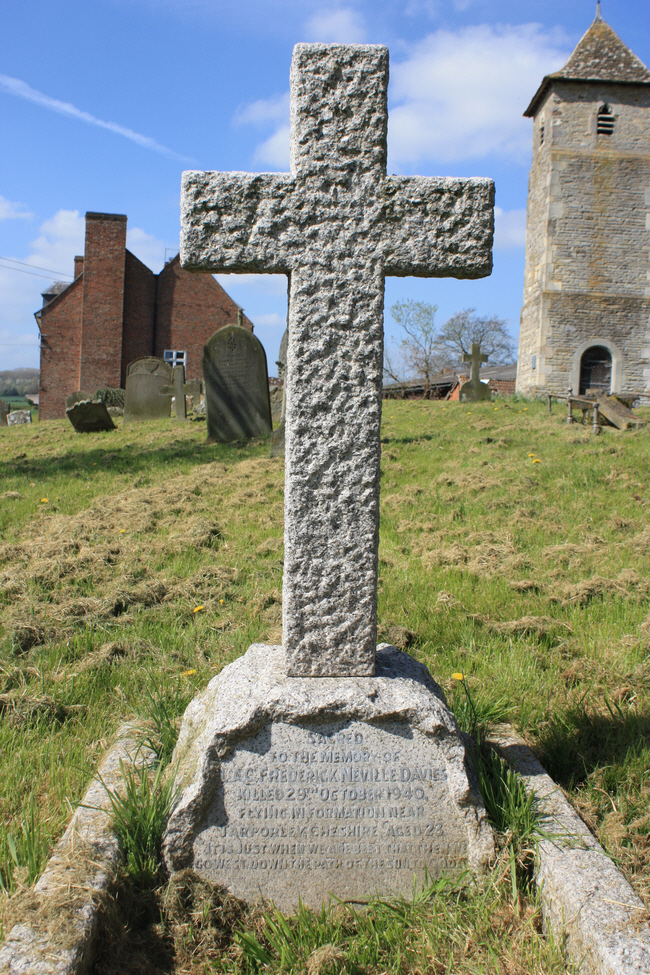 Frederick Neville Davies was killed "flying in formation" in 1940.