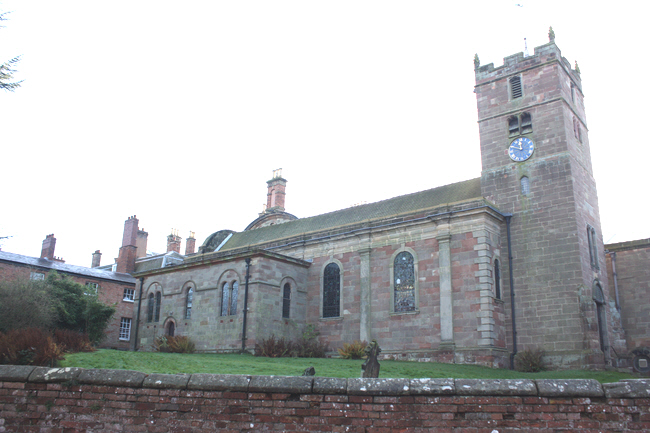 Situated in the grounds of Weston Hall. 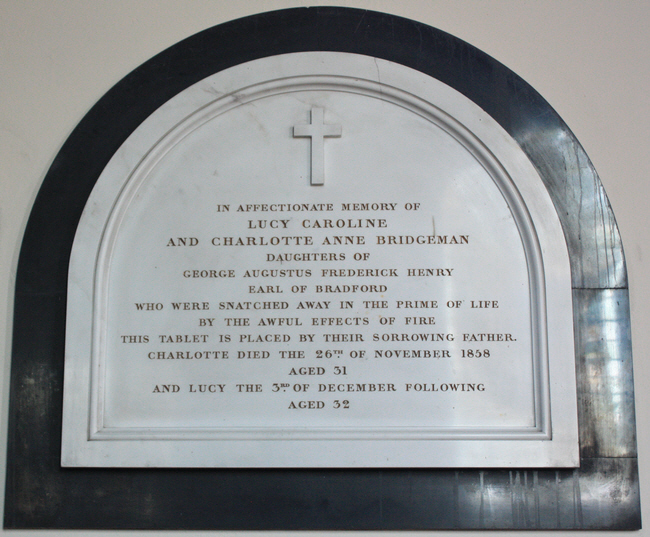 Lucy and Charlotte were two daughters of the Earl of Bradford who were fatally injured in a house fire in 1858. 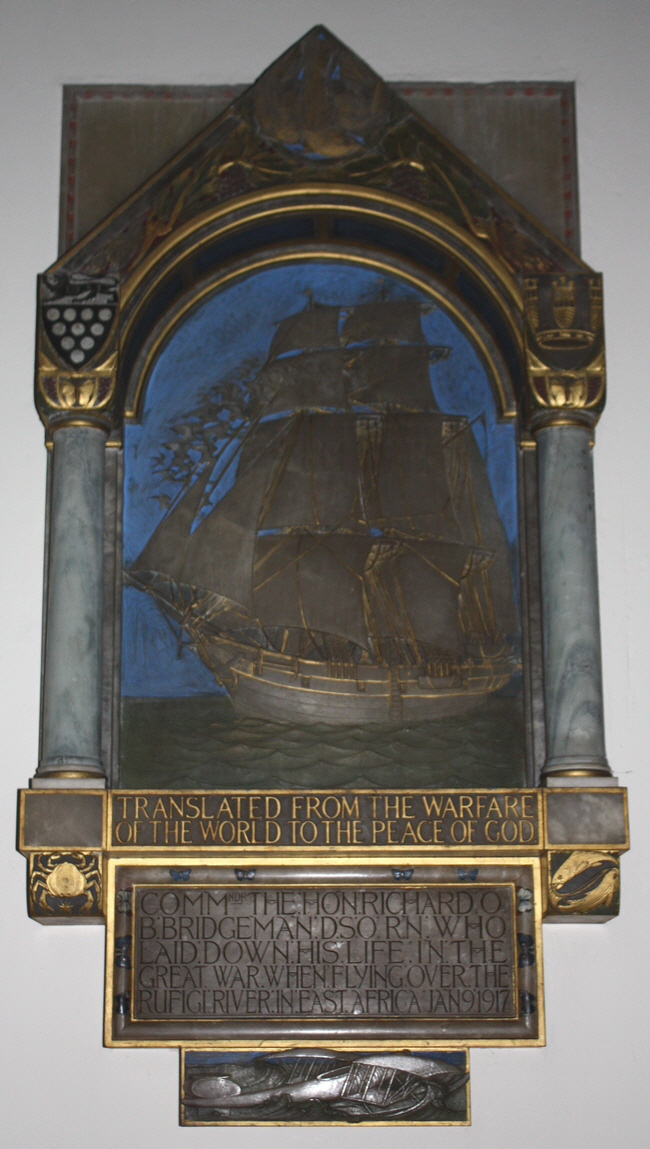 The memorial to Commander Bridgeman in the form of the "Ship of Souls". 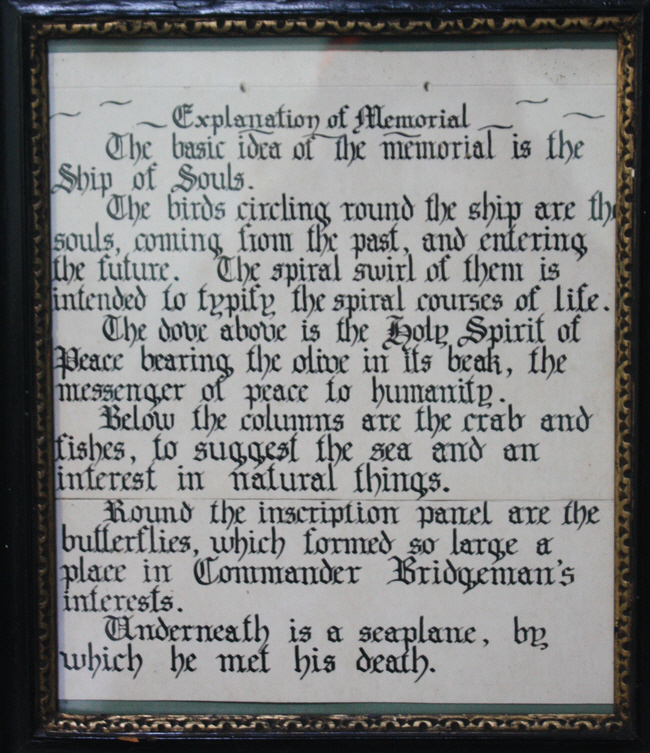 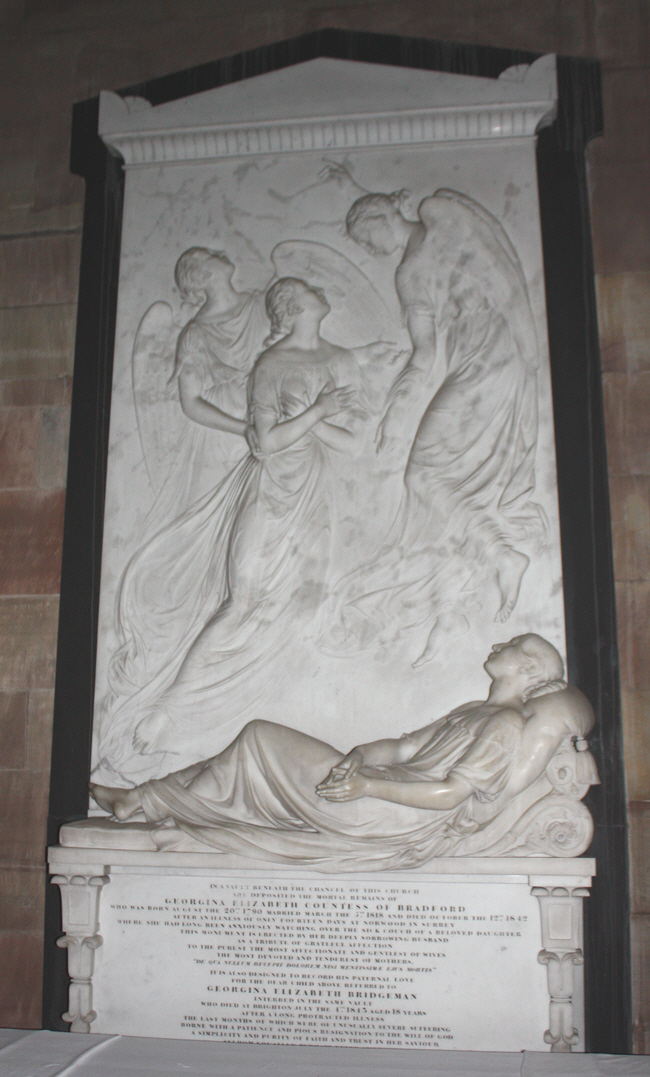 A double memorial to the Countess of Bradford and her teenaged daughter. The Countess died in 1842 having caught an infection from her daughter who died the next year. 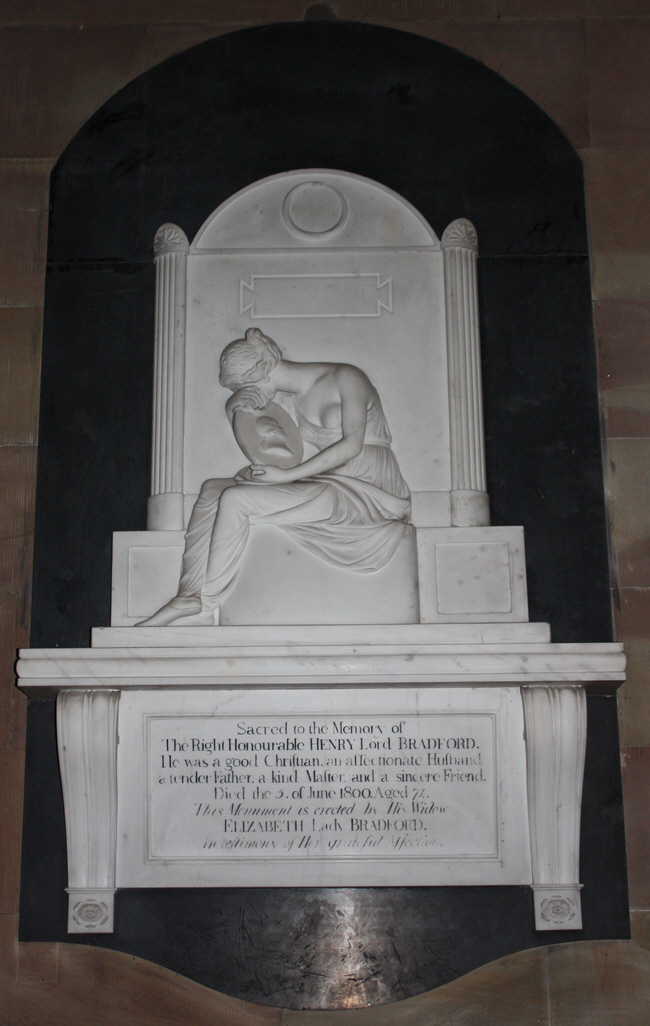 The memorial to Henry, Lord Bradford who died in 1800. 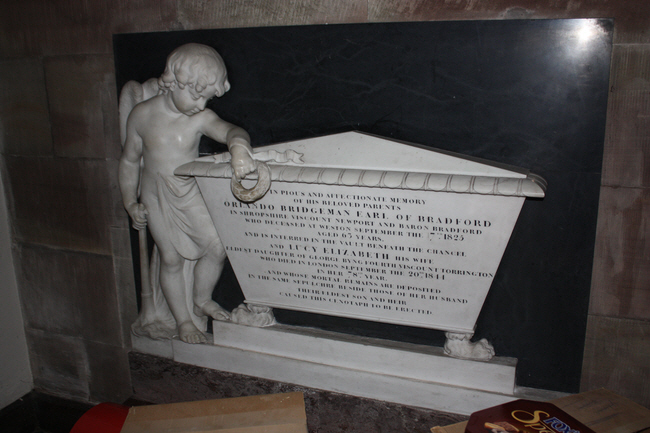 Orlando Bridgeman, Earl of Bradford, and his wife Lucy. 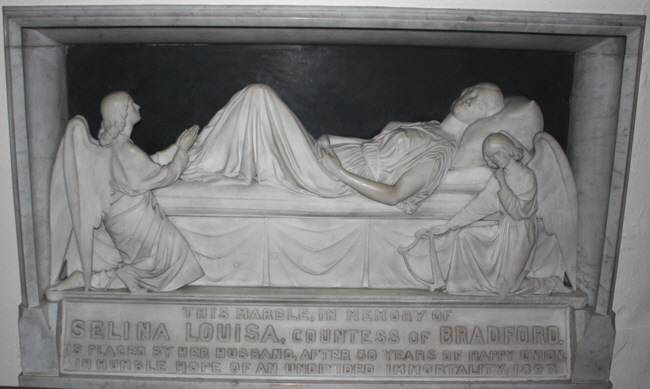 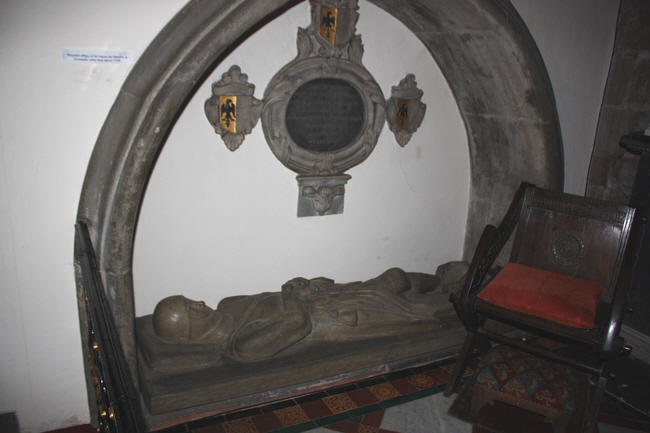 Two wooden effigies of Sir Hamo de Weston and Sir Hugo de Weston. These are of considerable rarity and there are no other examples in Staffordshire. 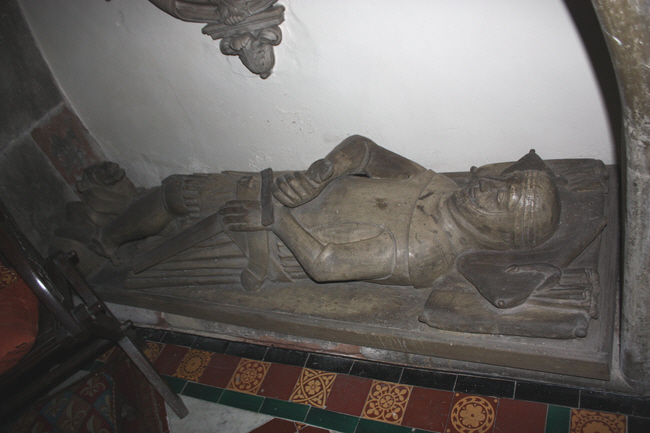 This page was last updated on December 17th 2013