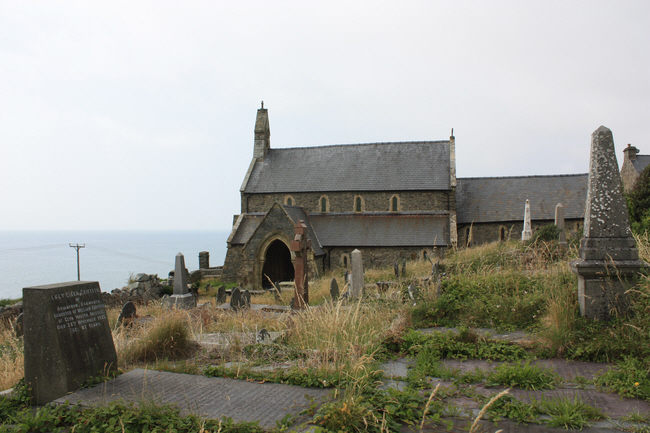 This cliff-top cemetery was in three parts. The oldest part by the church was very overgrown and in parts it was too dangerous to survey 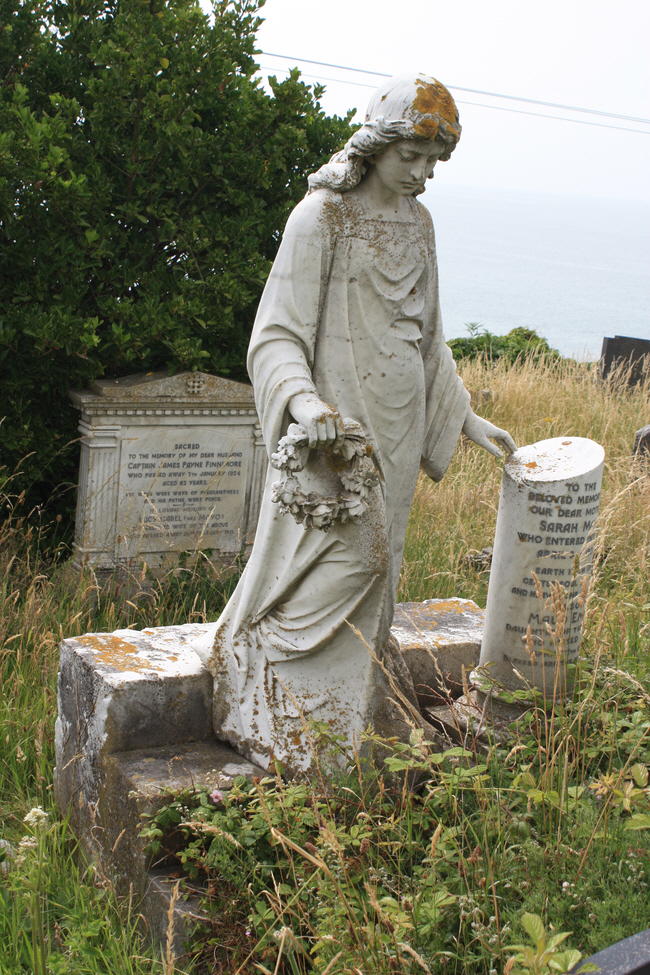 This life-sized statue was in the neglected part of the cemetery. 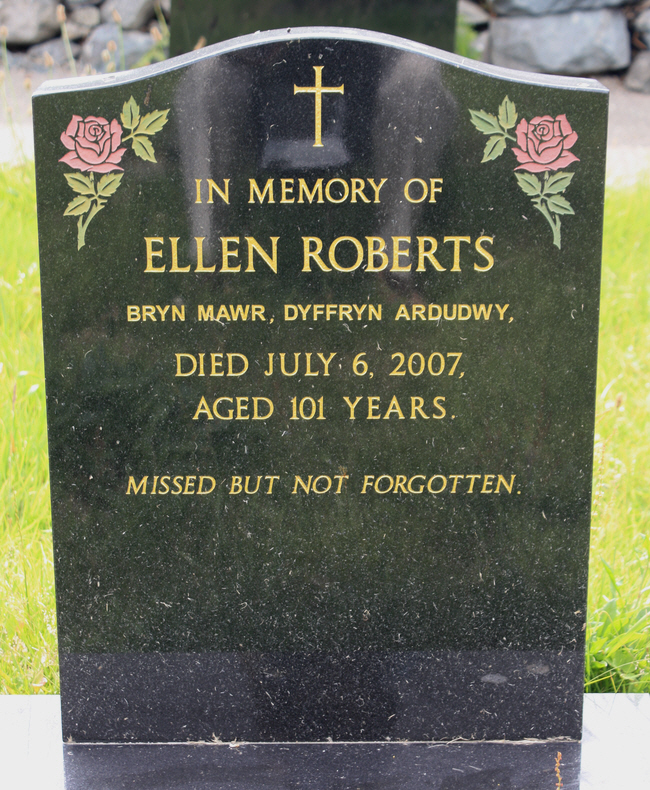 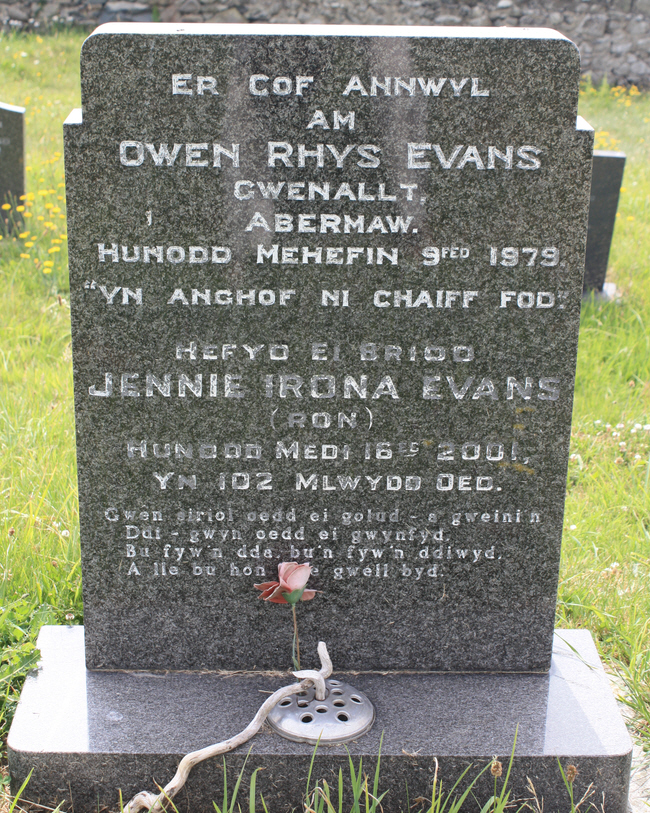 Aged 102 - the inscription is in Welsh 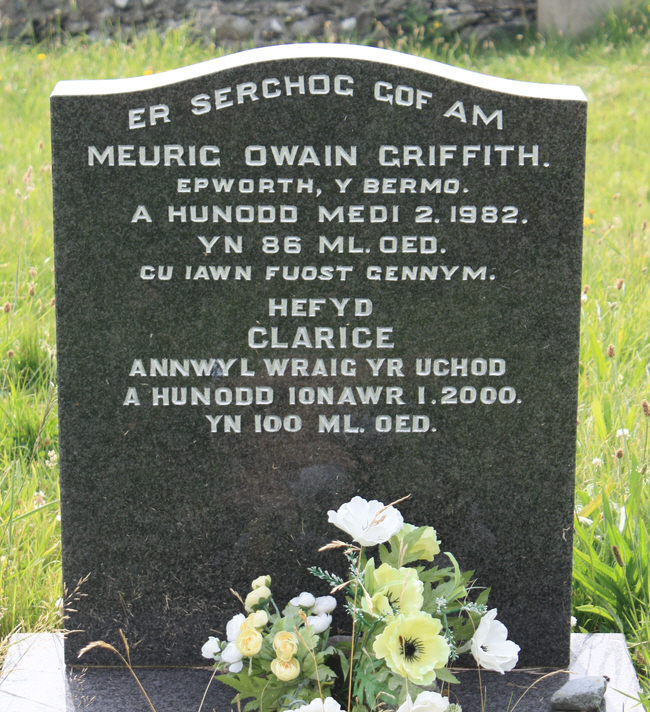 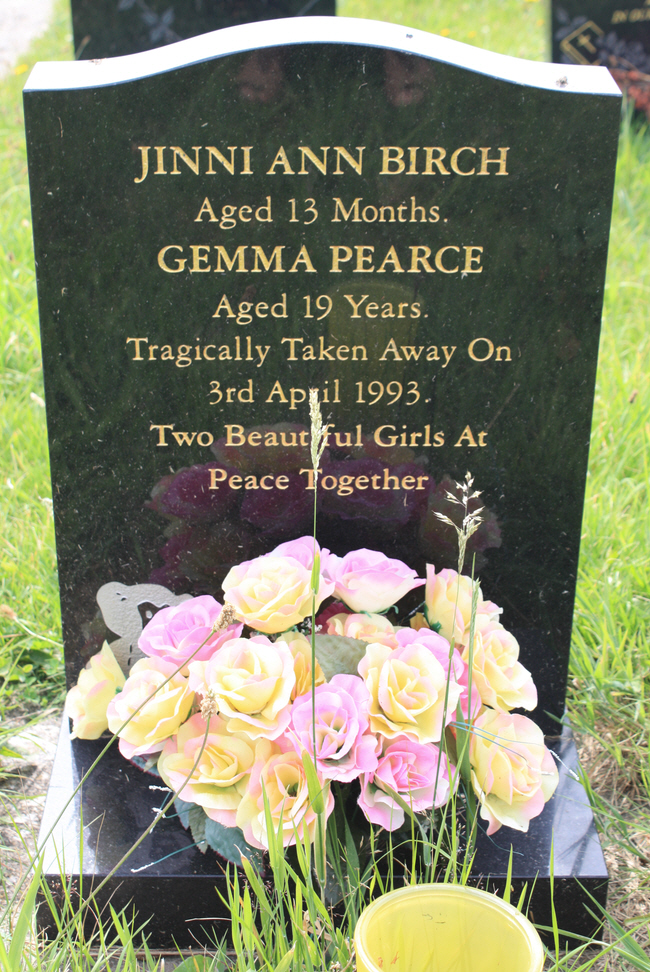 There must be a background story here. 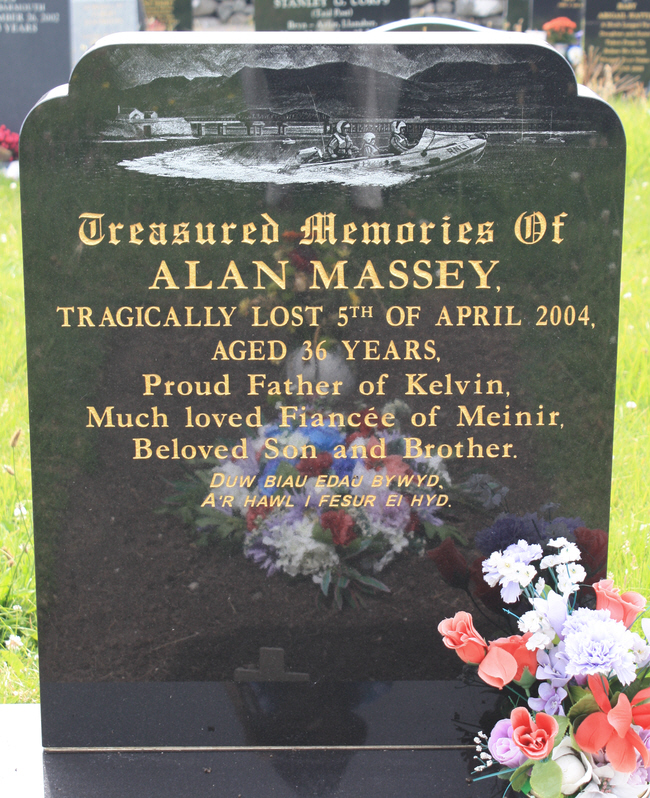 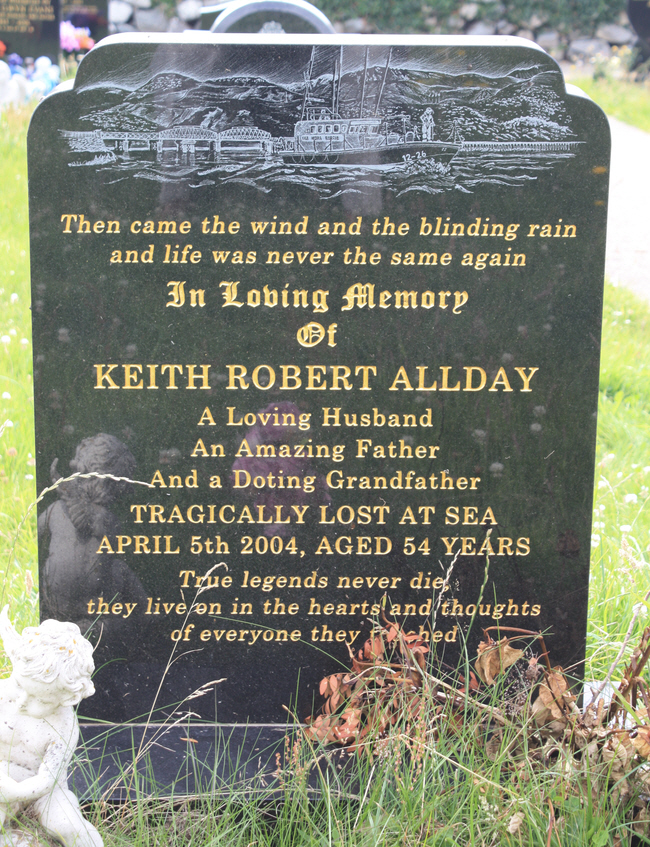 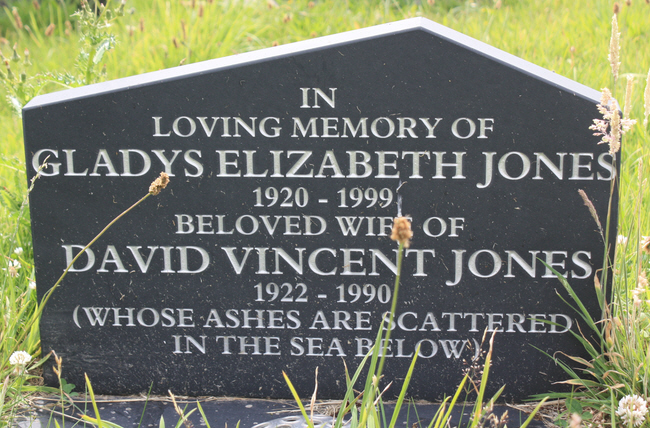 These are words you would only find in a cliff-top cemetery. 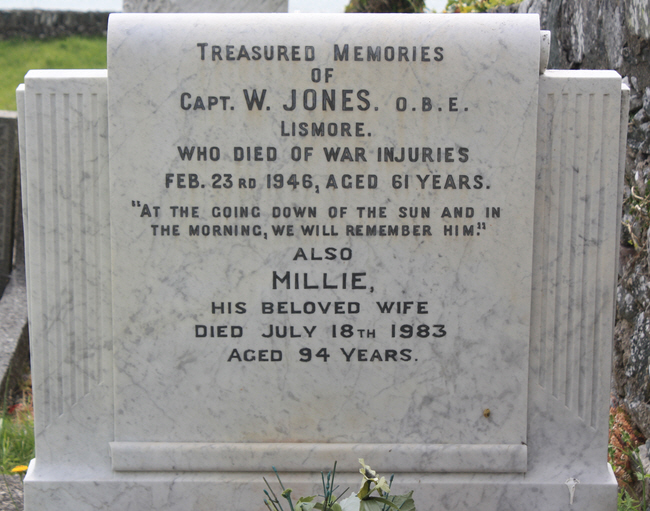 It seems unlikely that Captain Jones was injured on active service in the 1939-1945 war and almost as unlikely that he died from injuries received in the 1914-1918 war that had ended more than 25 years previously. 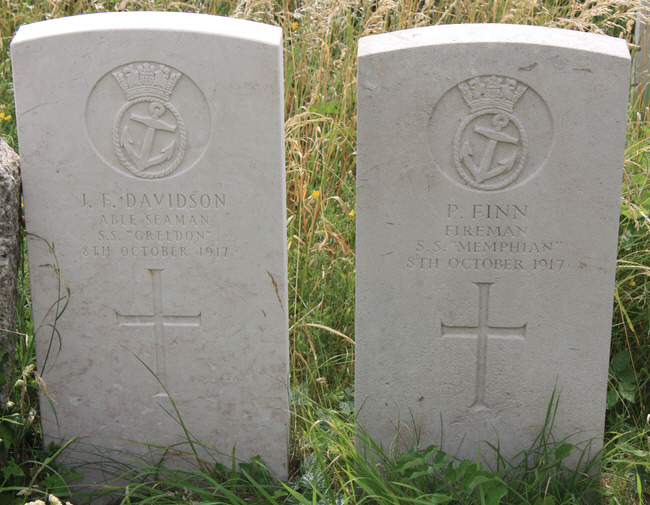 The SS Greldon was a defensively armed British Merchant steamer built in1903. She was torpedoed without warning by German submarine U-96 on October 8th 1917 when 7 miles ENE from N Arklow Light Vessel, Ireland. 28 lives were lost including the captain. The SS Memphian was torpedoed without warning by the same submarine on the same day and 32 lives were lost. 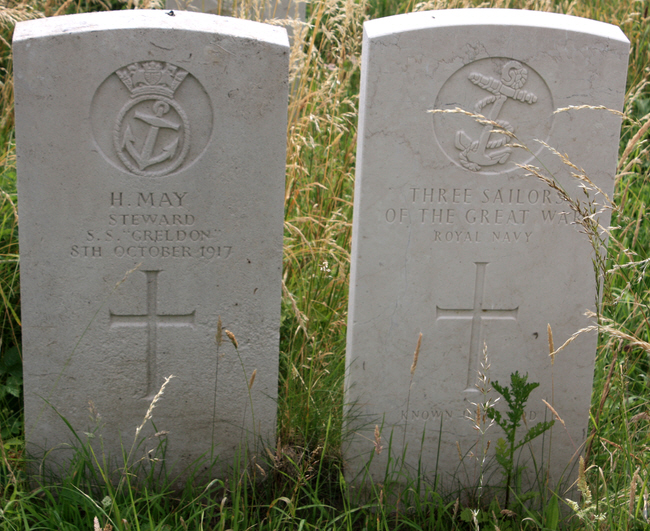 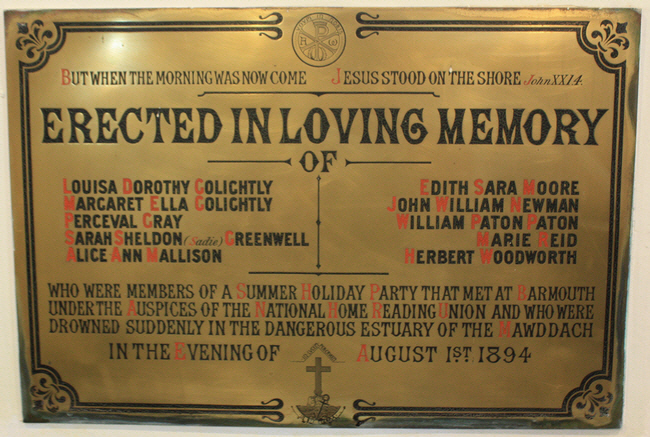 Inside the dimly-lit church there was a memorial to 10 people drowned in a single boating accident in 1894. The plaque was high on the wall which made photography difficult.