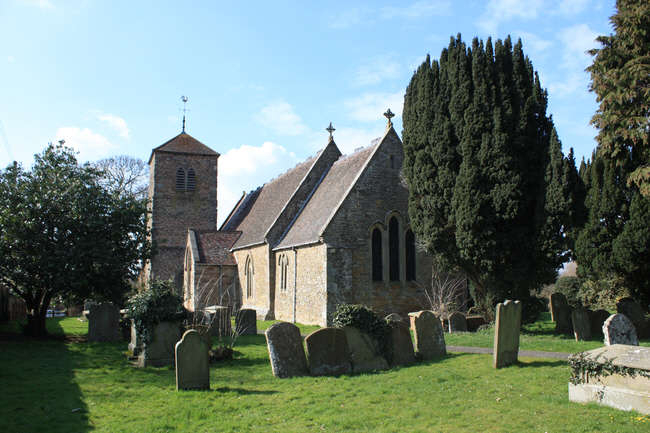 The church of the Holy Rood was greatly modified in the 19th century; first after a flood in 1811 and then in a restoration of 1868-70 by F. R. Kempson of Cardiff. The medieval church had a nave and a chancel with a central tower. After the flood the tower was taken down and a replacement built at the SW angle of the nave, but the late13th century E and W tower arches remain. 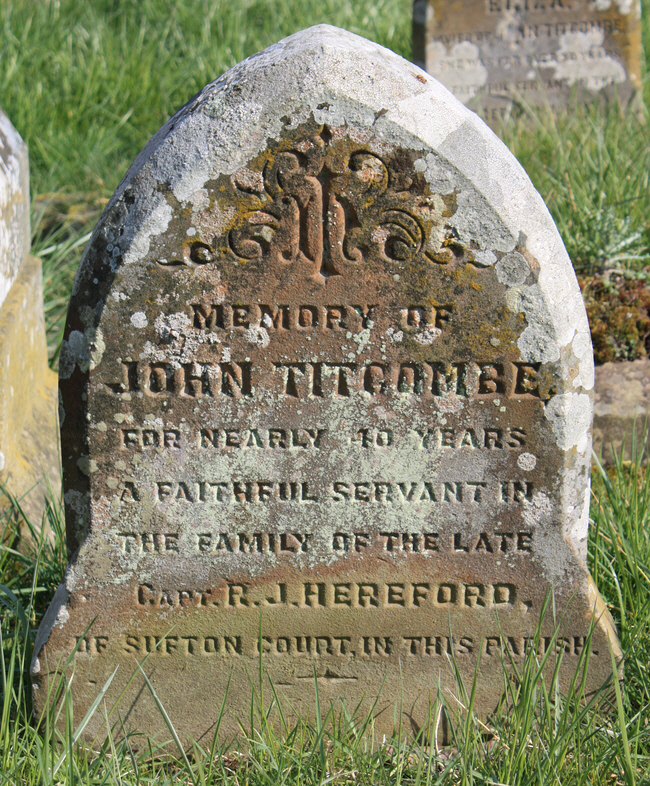 John Titcombe (nearly 40 years) and his wife Eiza (over 30 years) were long-term servants of the family of Captain R. J. Hereford. 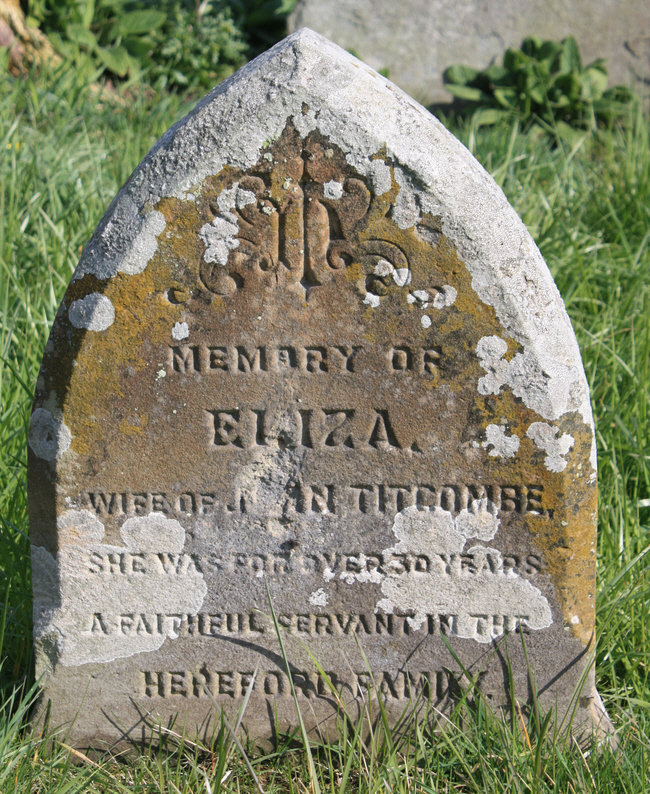