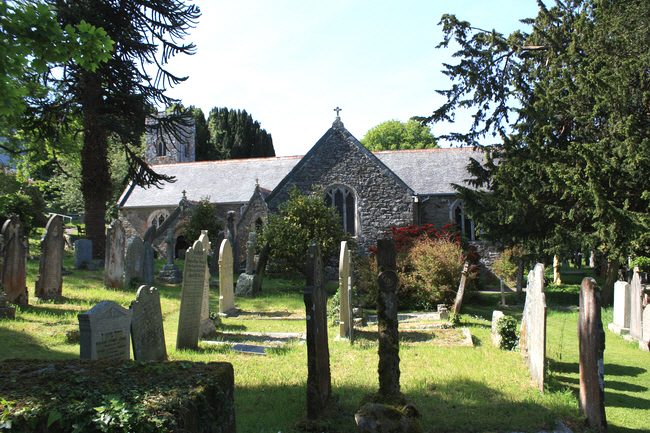 St Mylor was a Breton saint who, in England, was venerated particularly in Wiltshire where he was titular of Amesbury Abbey, which claimed his relics. 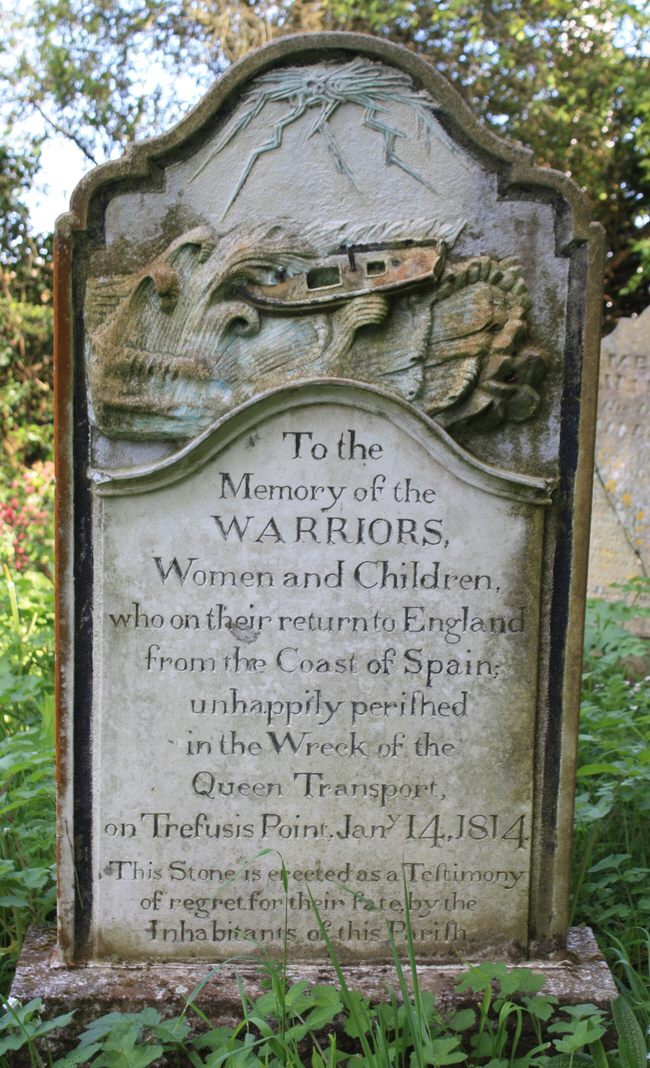 This was one of the best finds of the holiday and was spotted by our friend David Hinchcliffe who had kindly given up a day to show us some of the most interesting churches of west Cornwall.. 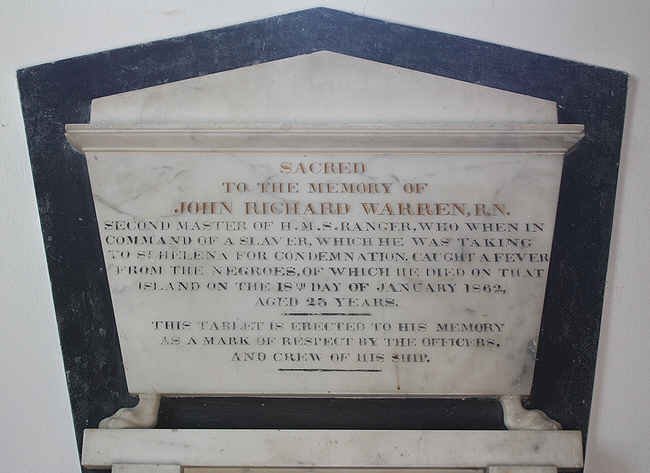 John Richard Warren caught a fever from slaves he was transporting to St Helena. 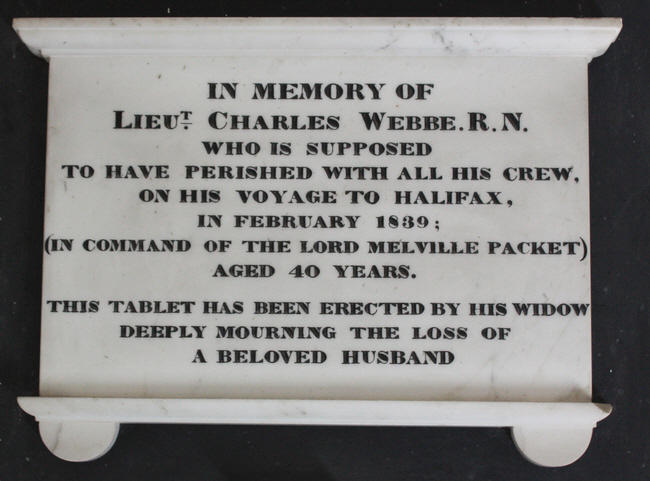 It appears that the "Lord Melville" was lost with all hands in 1839. 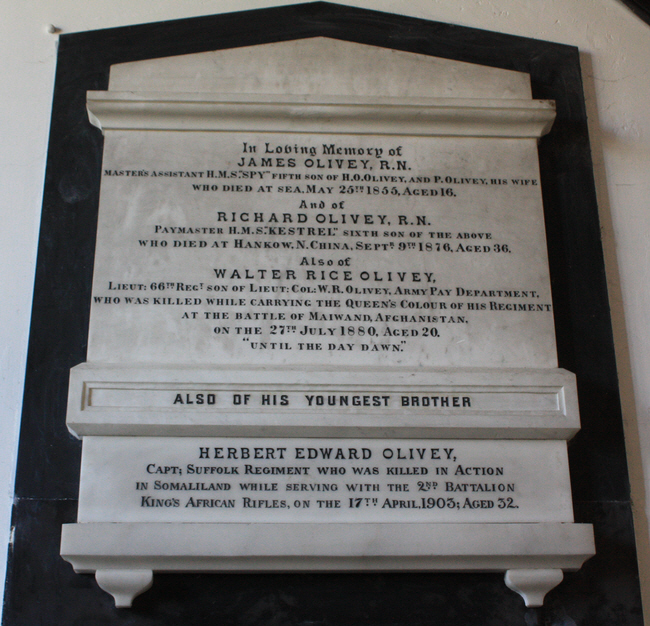 .Four members of the Olivey family: all with distinguished military service. 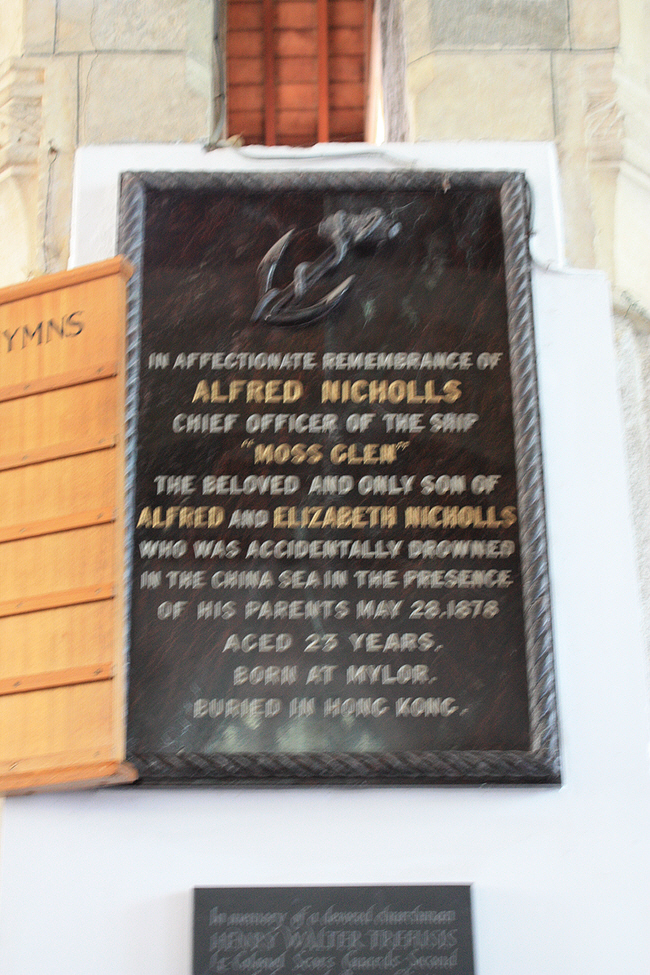 The 'Moss Glen' was a 550 ton barque owned by Alfred Nicholls Snr; his wife Elizabeth Popperwell sailed with him. They traded in New Zealand and Australia. 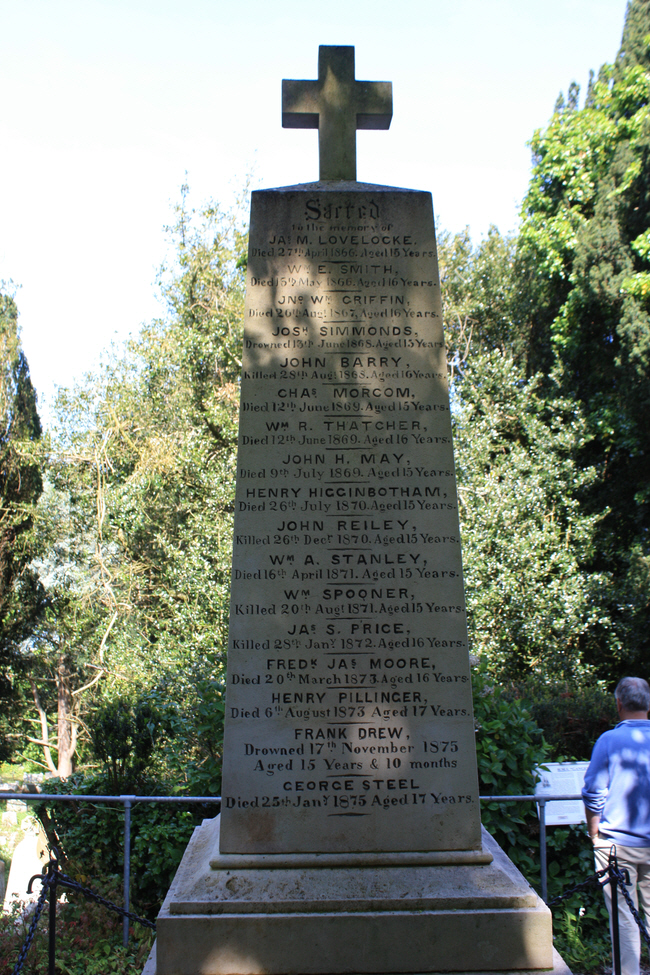 The memorial to the HMS Ganges - a naval training ship infamous for its harsh regime. 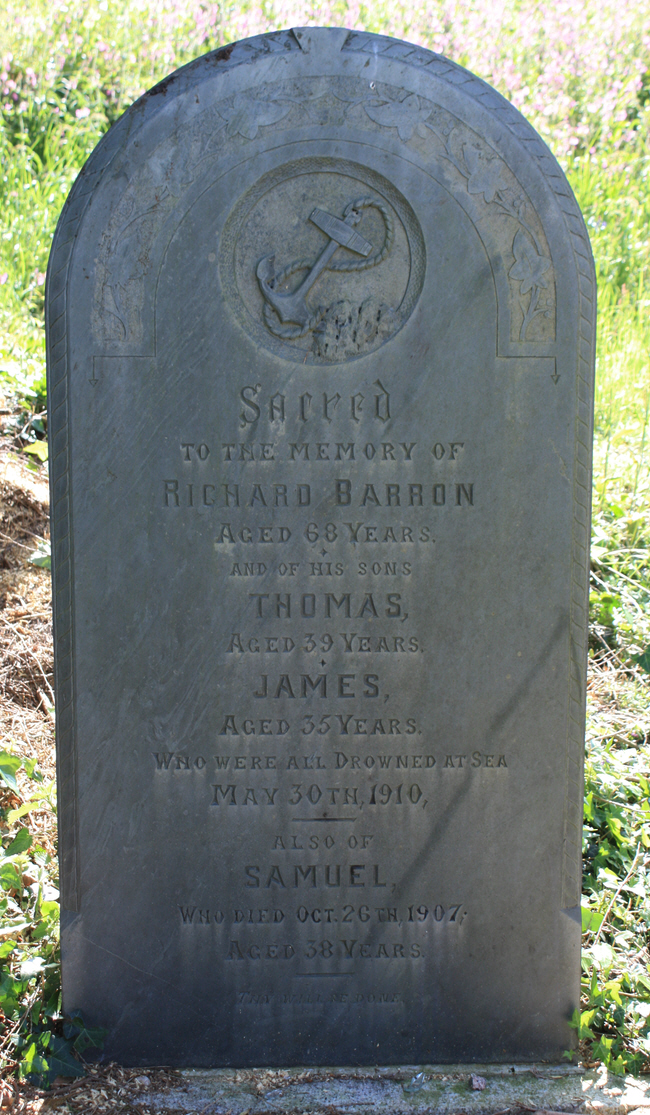 A father and two sons drowned in the same incident.. 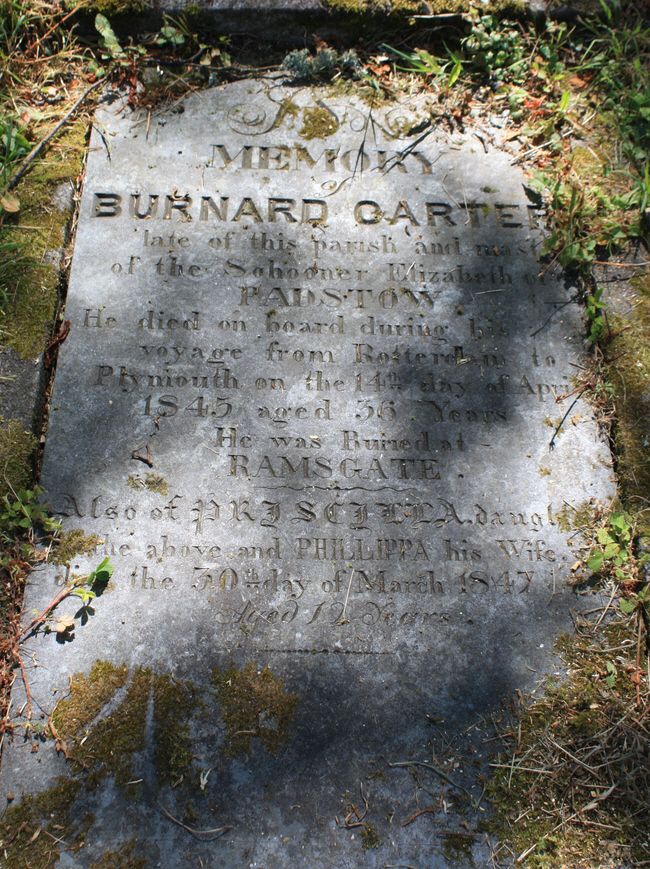 Burnard Carter died during a voyage between Rotterdam and Plymouth.