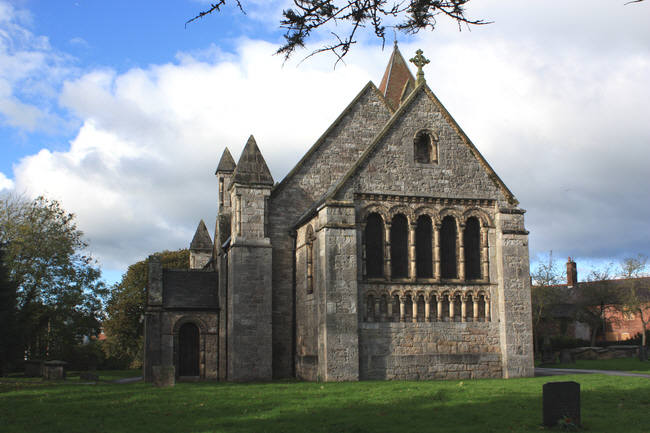 The church of St Agatha, an entirely Victorian rebuild, is wholly in Shropshire although a small part of the churchyard is in Powys. The dedication is an unusual one, for Agatha was a Sicilian saint during the Roman era, and its appearance in the Welsh marches is unexplained, though as Archdeacon Thomas speculated in the 19th century, it could be a rededication stemming from the patronage of a returning crusader. 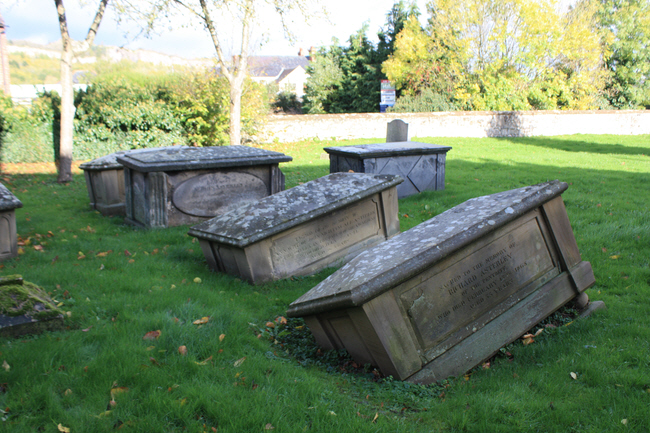 These two tombs appear to be subsiding into the ground while those nearby seem to be quite stable. 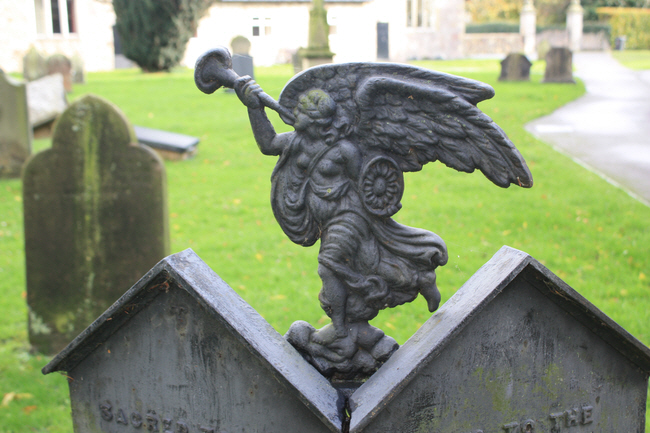 This double metal grave with an angel on the top is unlike anything we have seen before. 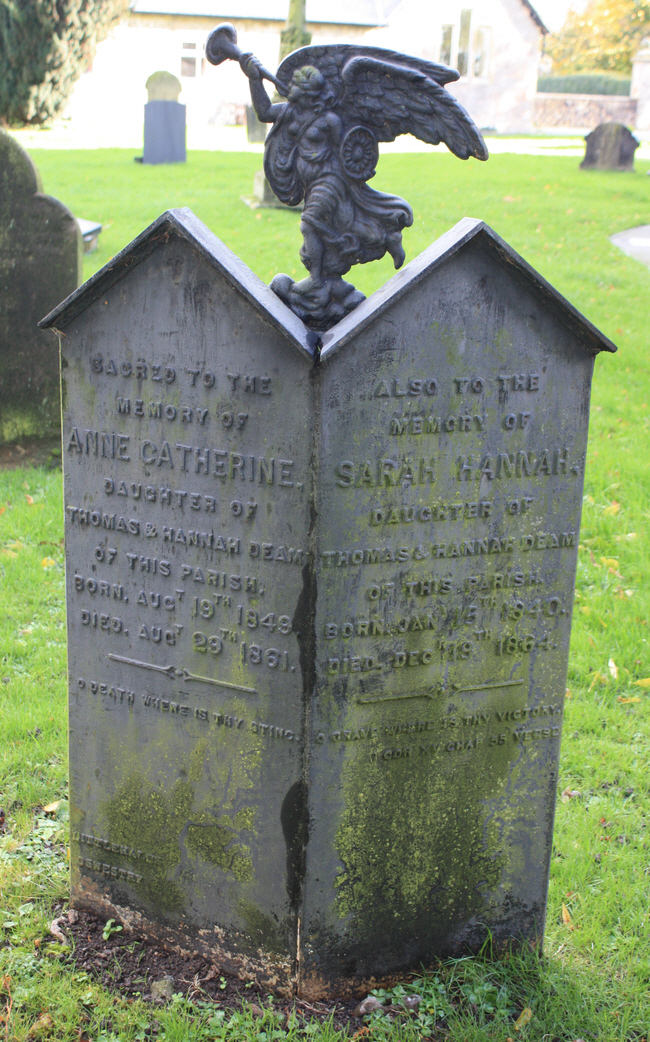 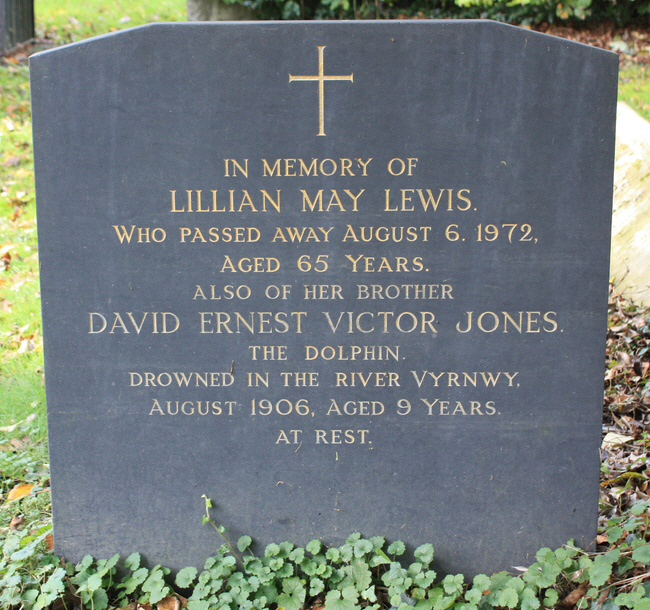 This page was last updated on November 4th 2013.