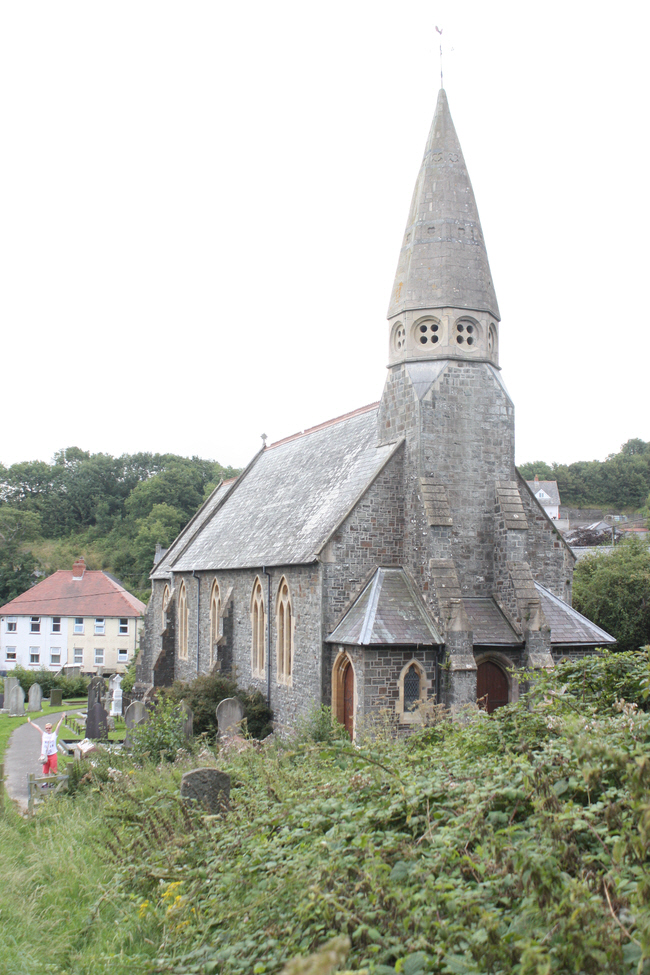 Parts of the cemetery were very overgrown with a mixture of brambles and stinging nettles. It was clearly quite impossible to conduct a detailed survey of the entire site. Spot the daughter who was helping us. 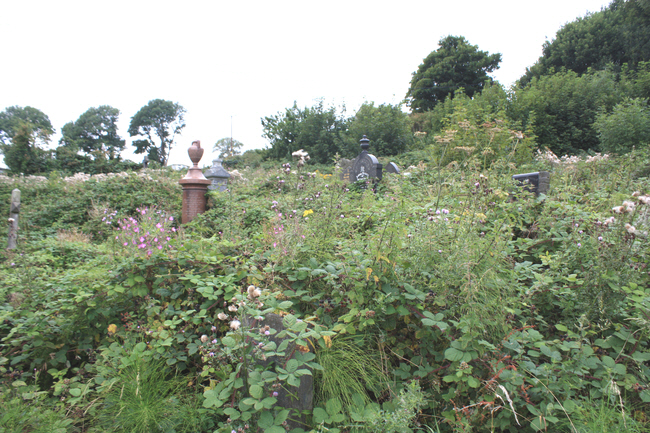 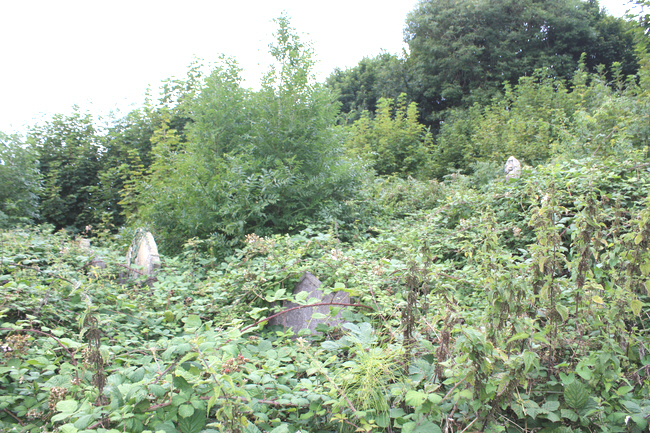 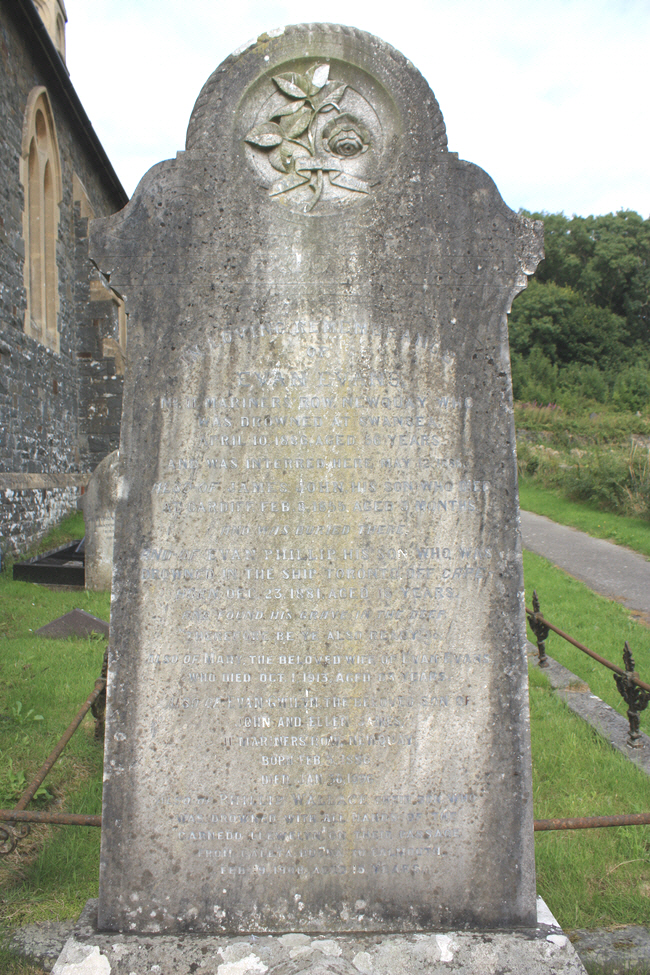 It was very difficult to read parts of this inscription. After close examination we discovered it related to a young sailor called Evan Philip Evans who drowned off Cape Horn, the southernmost point of South America, while sailing in the ship "Toronto" in 1881. He was 18 years old.

John Evans of New Quay lost his life while sailing in the schooner "Eleanor" near Portpatrick Wigtownshire. 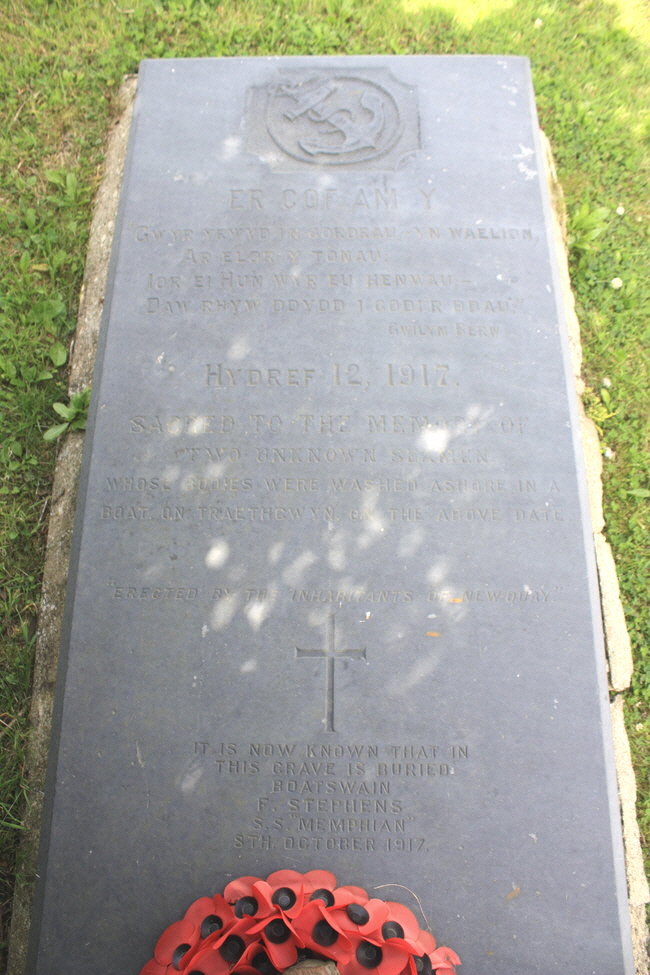 This memorial was originally intended to record the resting place of two unknown sailors washed ashore in a boat in October 1917. Subsequently one of the bodies was identified as belonging to Boatswain F Stephens of the S. S. Memphian. 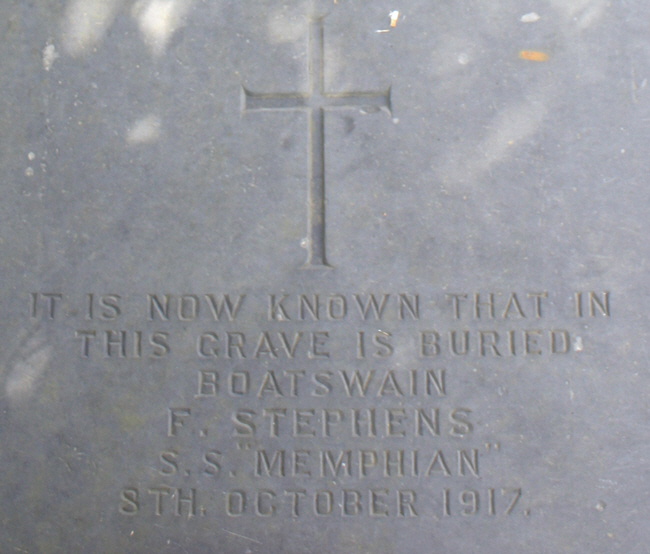