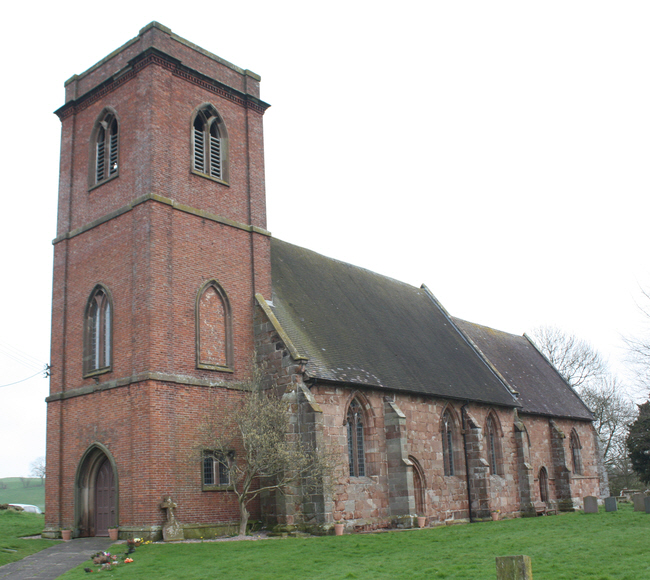 St. Peter's at Norbury was largely built in the first half of the 14th century. The brick tower may have been built by William Baker in 1759. Unfortunately the church was locked when we called. 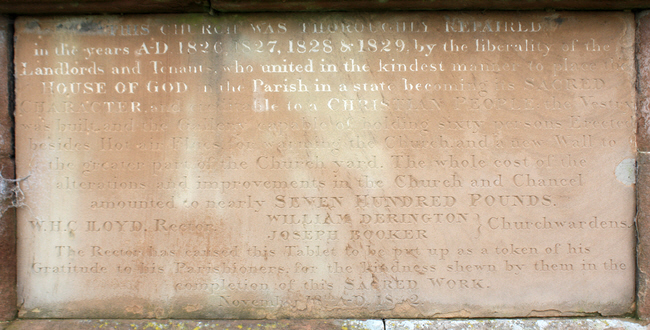 The memorial tablet includes a dramatic example of financial inflation in that a large scale building project running from 1826 to 1829 is reported to have cost only £700.00!