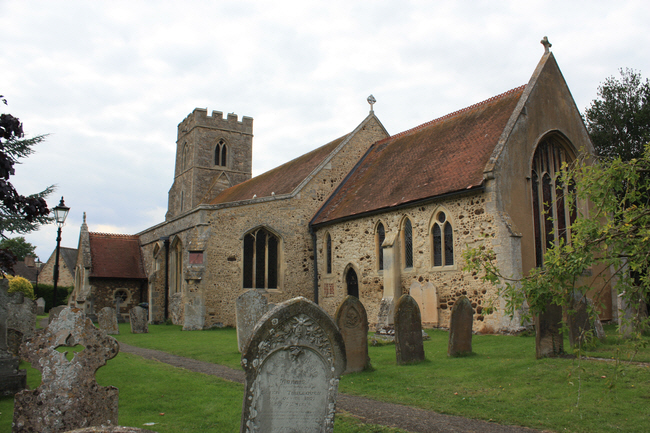 Externally, the body of the church looks largely perpendicular, although an early looking blocked up lancet in the south aisle suggests that this is not the whole story. Pevsner thinks that the nave was originally an aisleless Norman building and that the pillars and openings were cut out of this Norman wall when the first aisles were put up. 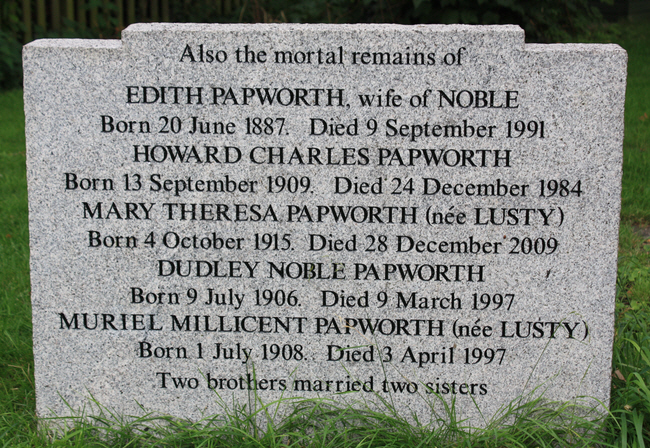 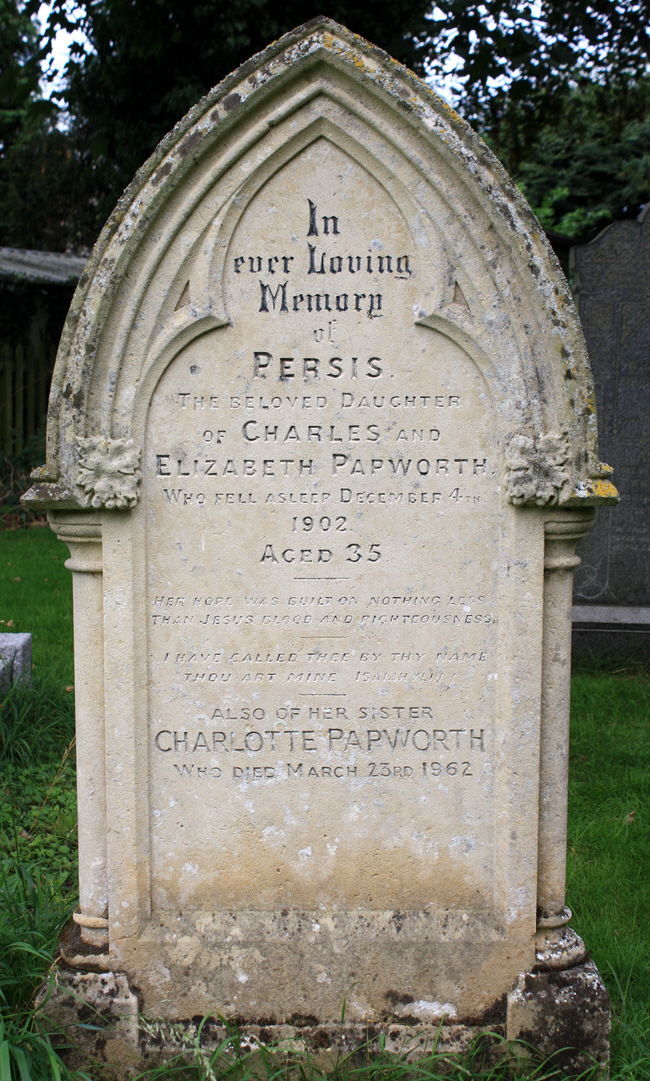 Persis is a given name we have not noted before. 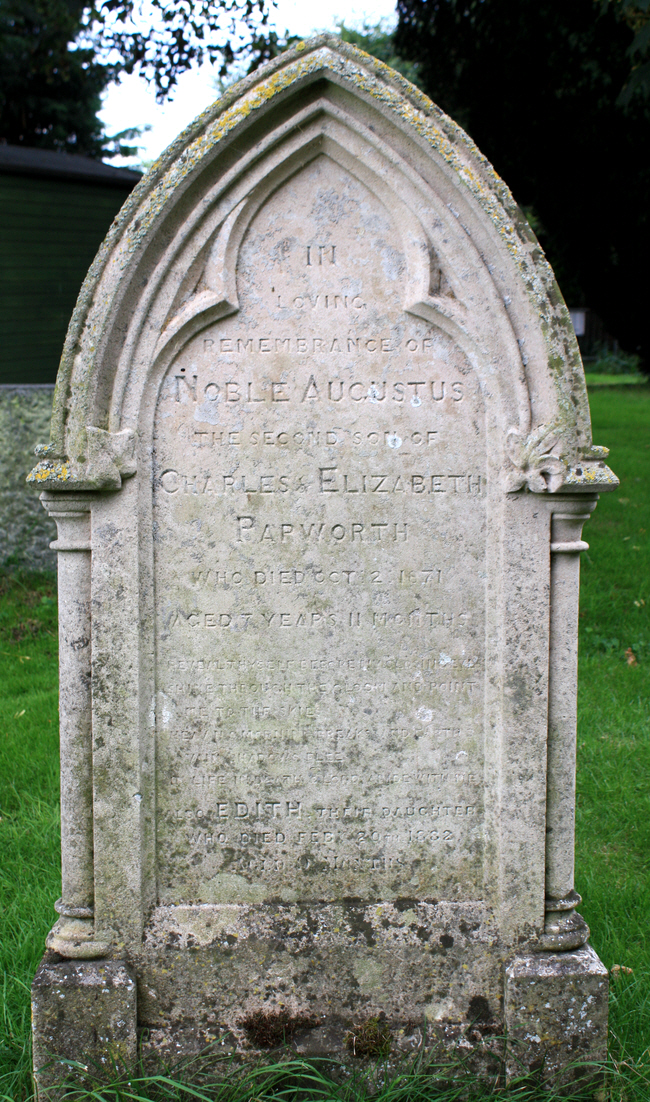 The name Noble Augustus Papworth has been "recycled". 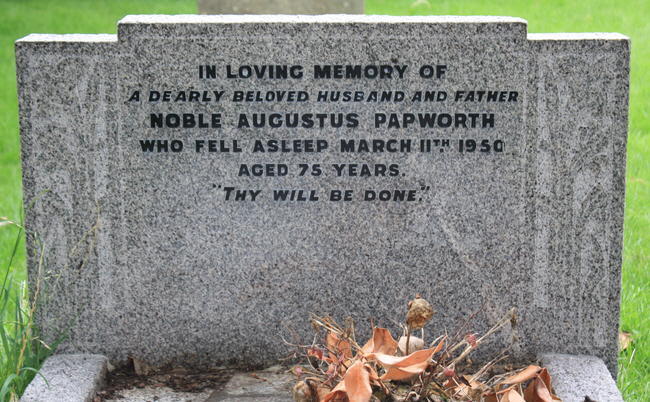 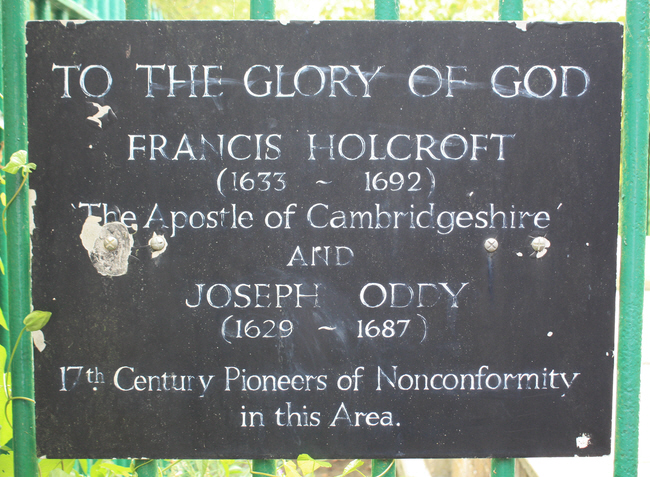 Beyond the bounds of the graveyard are the graves of the 'Three Martyrs'. These were Henry Osland, Joseph Odley and Francis Holcroft, three pioneers of non-conformism in England. 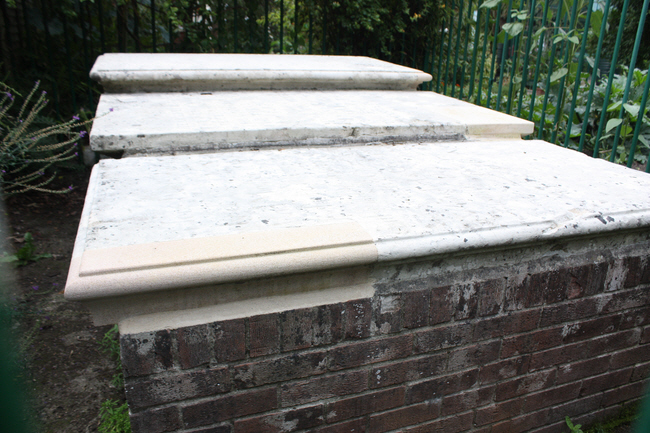 All three were Cambridge-trained clergymen who refused to take the 1662 Oath of Allegiance (one of the methods used by Charles II to restore the dominance of the established Anglican Church). They were imprisoned in Cambridge Castle, but a sympathetic gaoler used to let them out and they would preach to thousands in secret. Holcroft alone is said to have established thirty churches in South Cambridgeshire, mostly during the time when he was supposedly in prison.