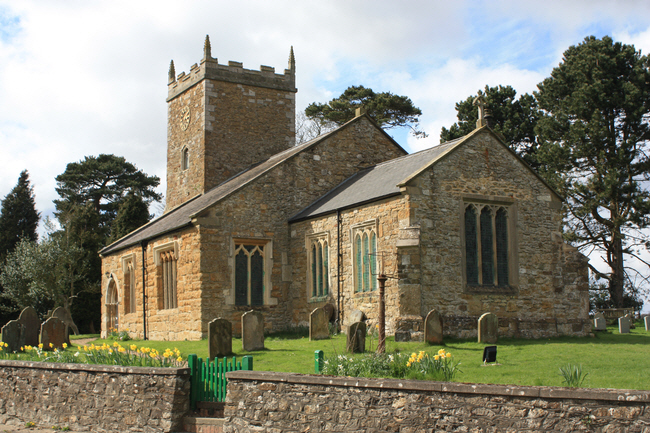 A small church consisting of west tower, a two-bay nave with side aisles and a chancel. The south aisle is of the 13th century while the north aisle copies it and dates to an 1871-72 restoration. 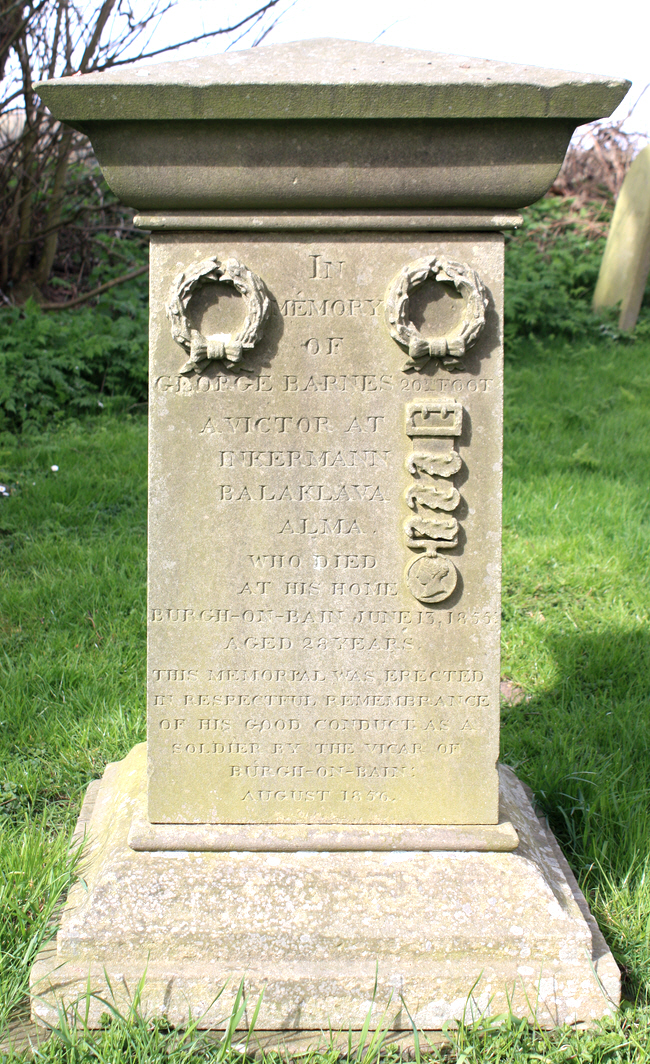 This is the first time we have seen military medals depicted in this unusual and effective way.