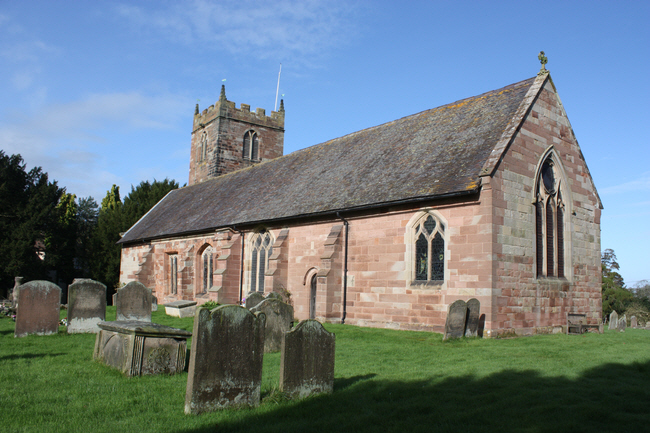 This church had interesting memorials both inside and outside the building. 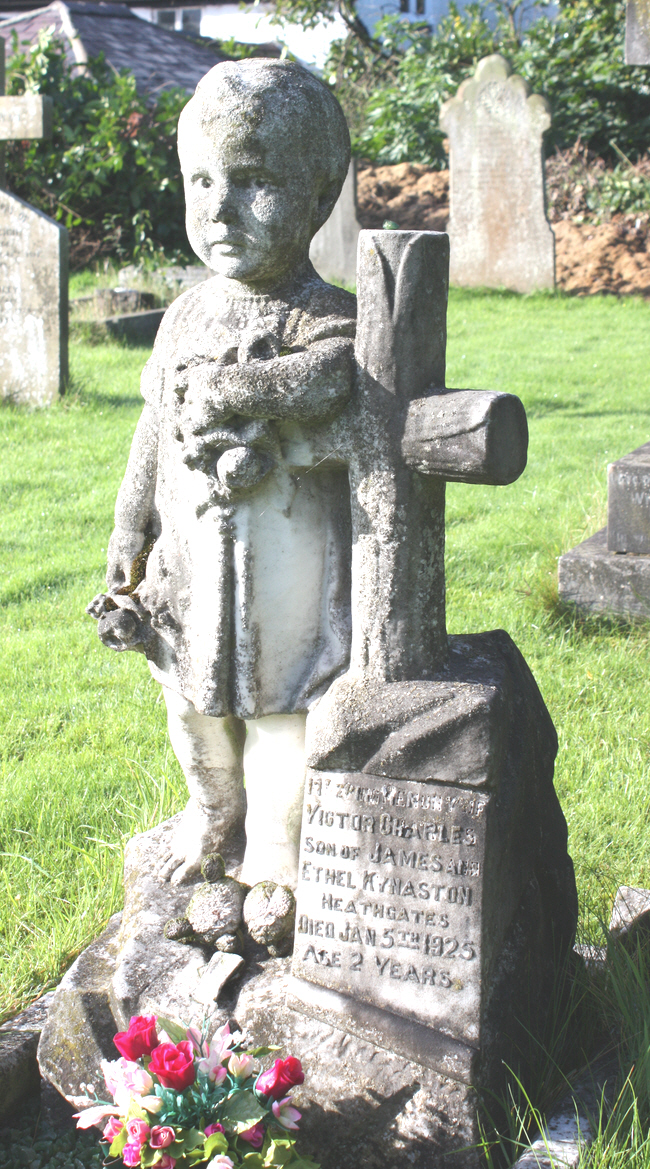 A charming statue of a young child who is clutching toys in both hands. 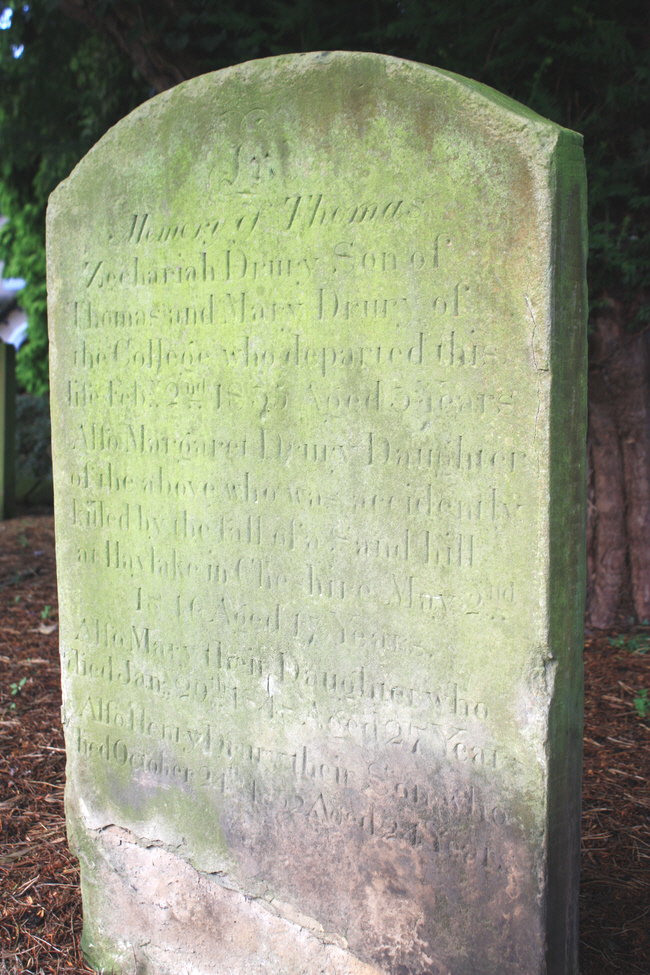 A very frustrating memorial - Margaret Drury was "accidently killed by fall of a (ureadable)". 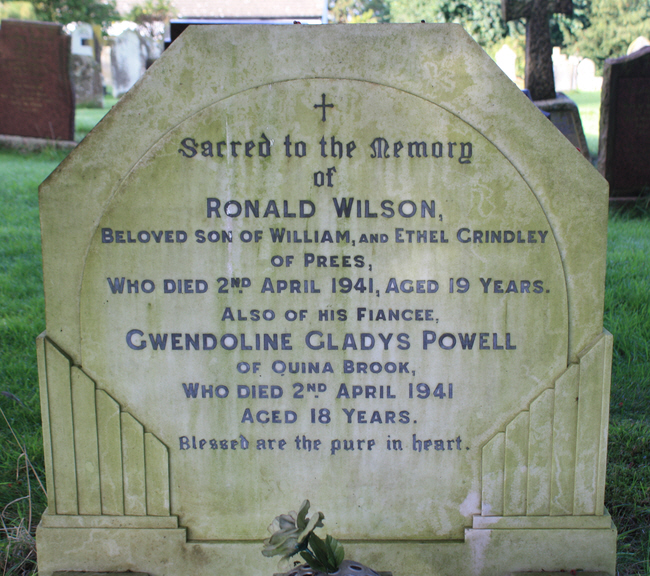 An engaged couple who were both killed on the same day in April 1941. 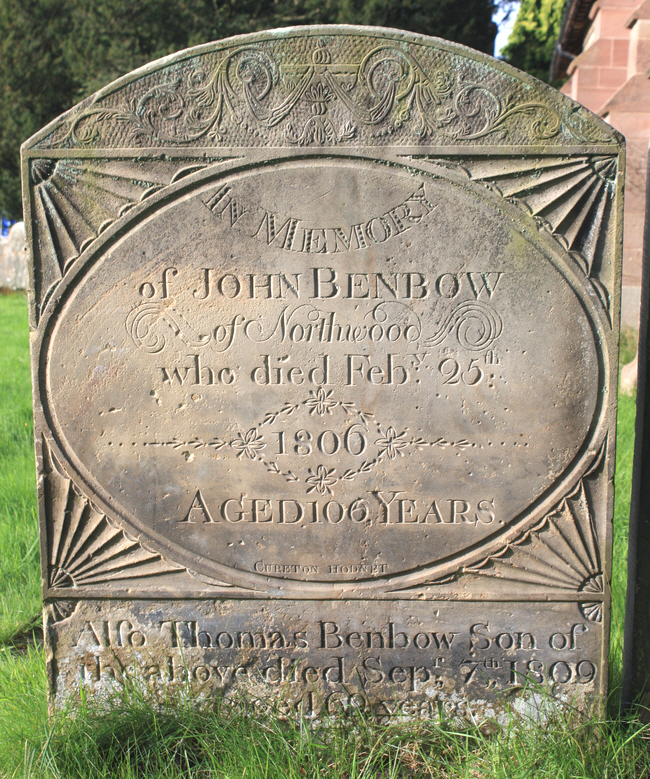 John Benbow died in 1806 aged 106. He is the second oldest man we have seen in our survey. 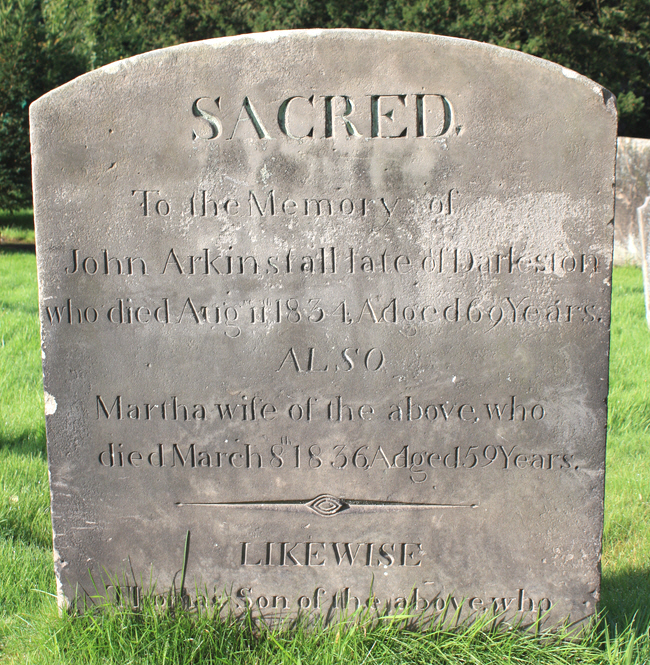 "Aged" has been engraved as "Adged" twice on this stone. 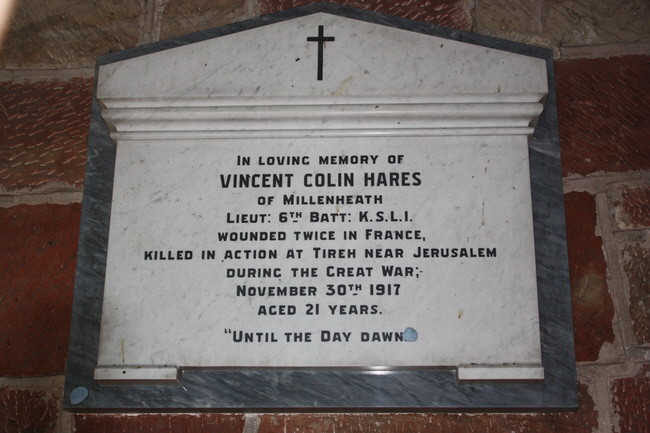 Vincent Colin Hares was wounded twice in France before being fatally wounded near Jerusalem in 1917. 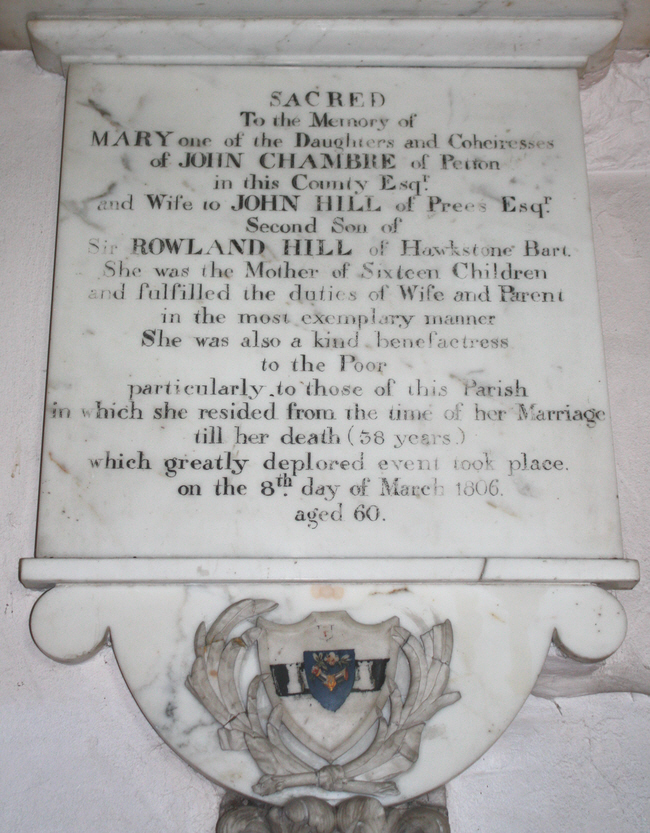 Mary Hill (née Chambre) was the mother of 16 children. He husband's memorial, also inside the church, has a very impressive carving of a row of mourners. 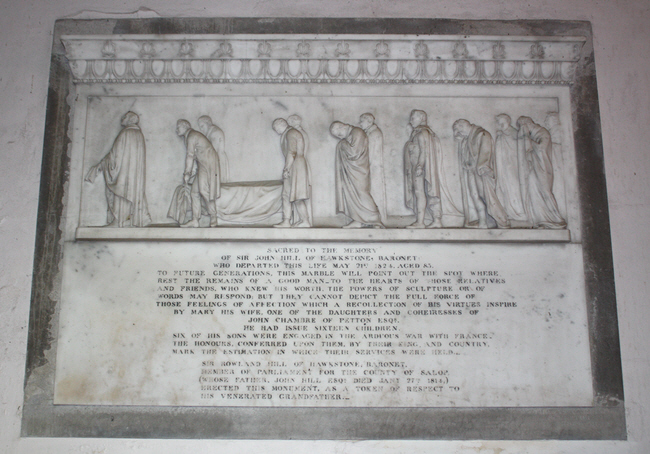 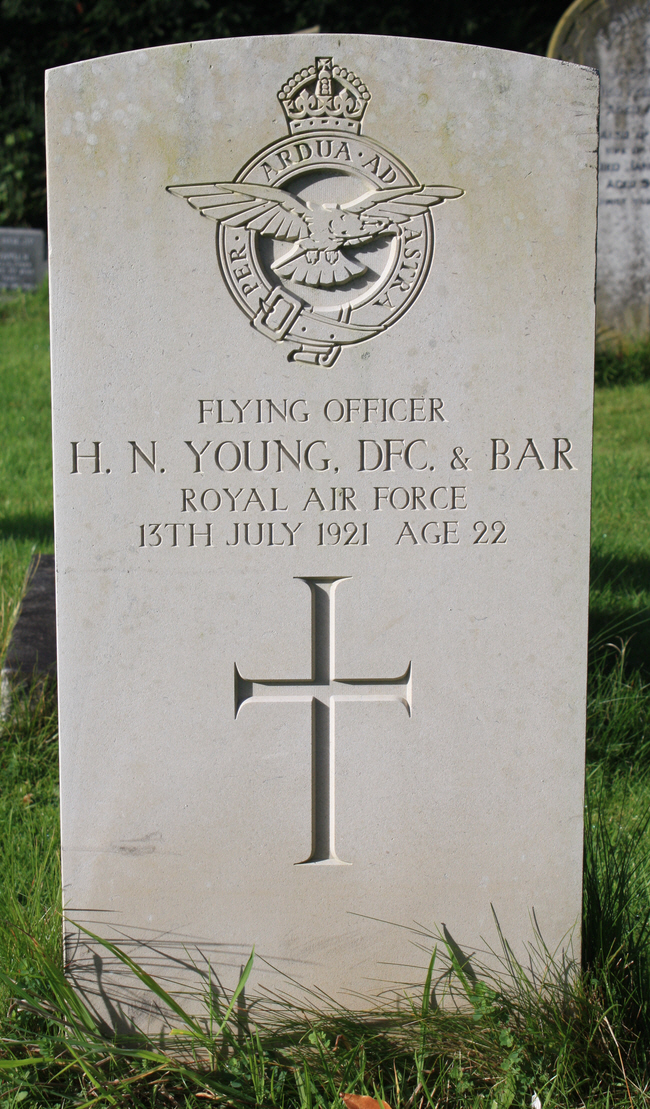 Horace Norman Young was awarded the Distinguished Flying Cross twice - hence the use of the words "& BAR" on his grave. 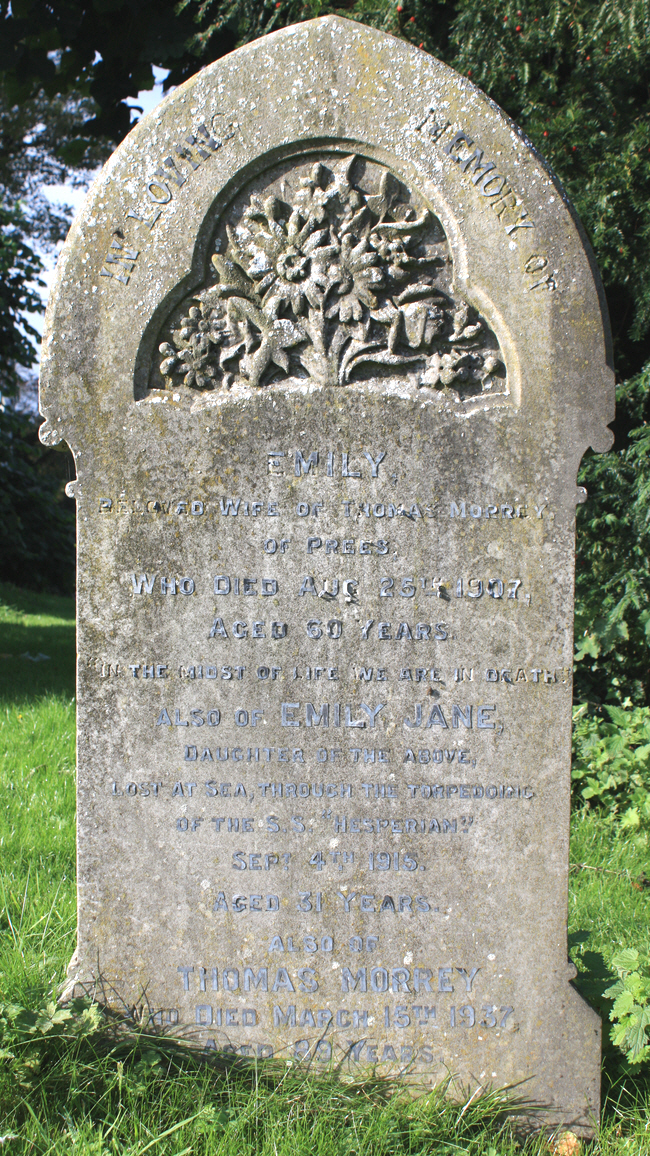 Emily Jane Morrey was killed when the ocean liner S S Hesperian was torpedoed in 1915. On September 4th, 1915, Hesperian, on a voyage from Liverpool to Montreal with general cargo and passengers, was torpedoed by the German submarine U-20 (Walther Schwieger), 85 miles from Fastnet. 32 persons were lost. 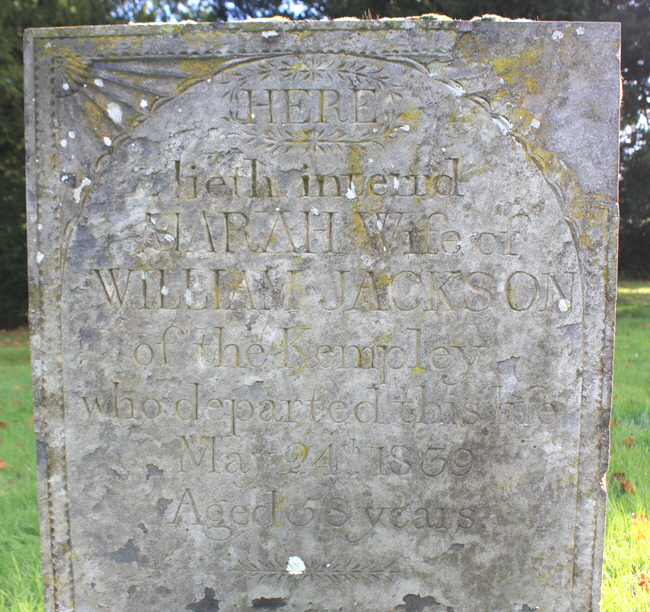 The mason had problems with the name Sarah - it rather looks as if he started to engrave the name Martha before realising his mistake.