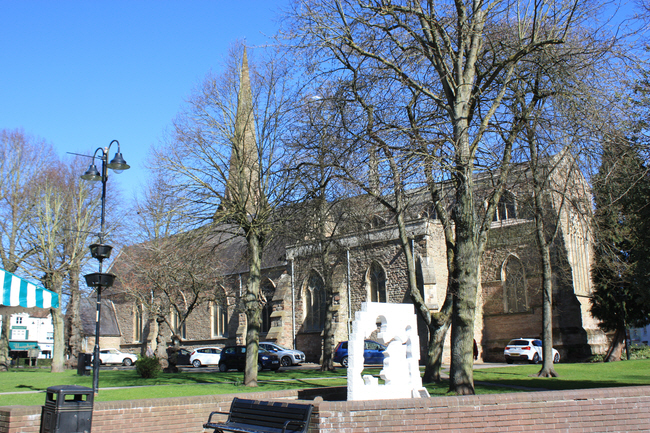 In 1851 it was decided to demolish the Chapel on the Green and to build a more substantial parish church in Gothic style. From that date Chapel Green became known as Church Green, and the area was further improved by the planting of more trees. The new church was consecrated in July 1855. 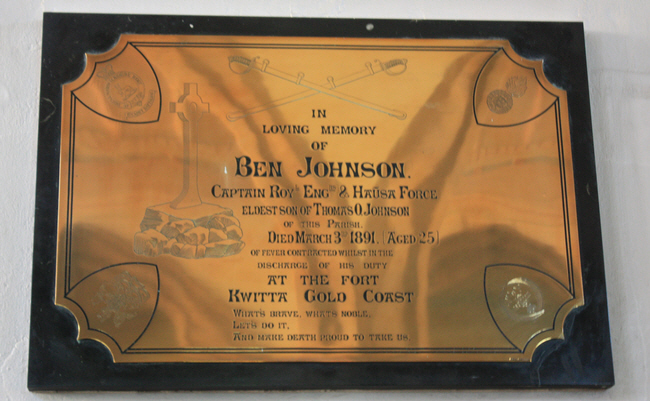 Ben Johnson died of fever at Kwitta in the Gold Coast. 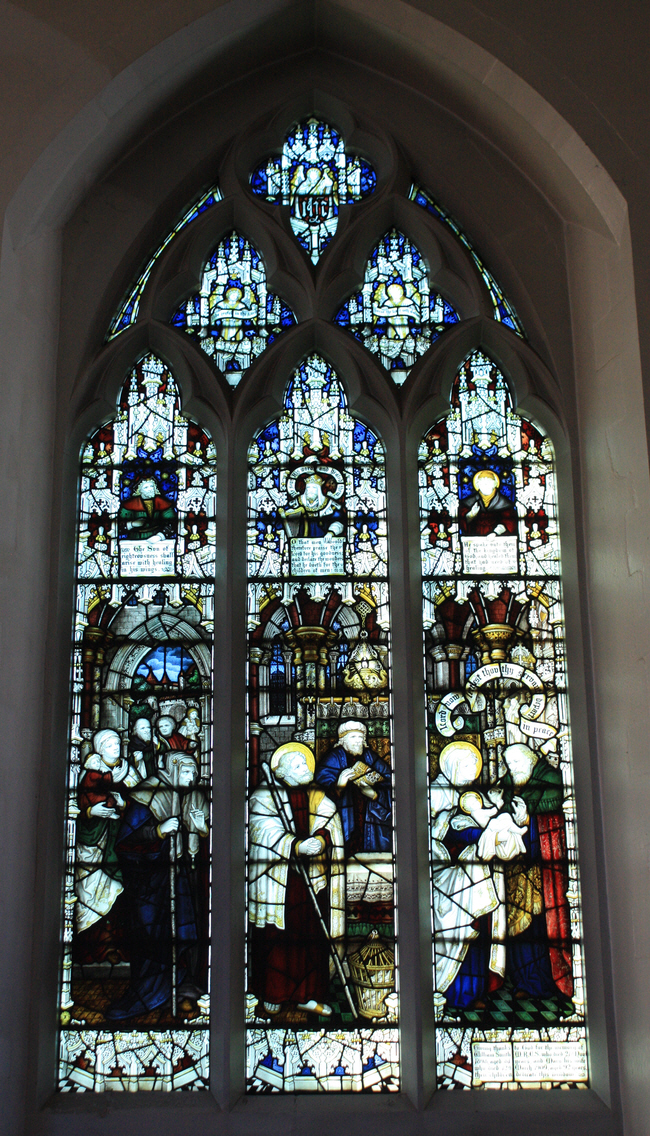 Presentation in the Temple. 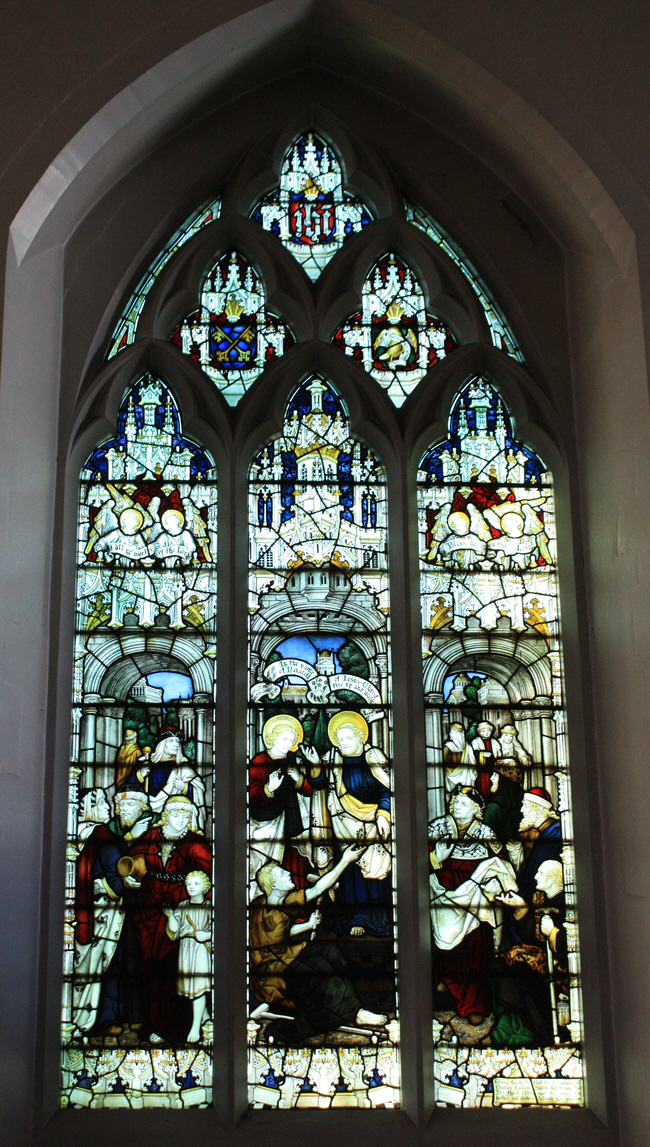 SS Peter and John healing the cripple at the Beautiful Gate. 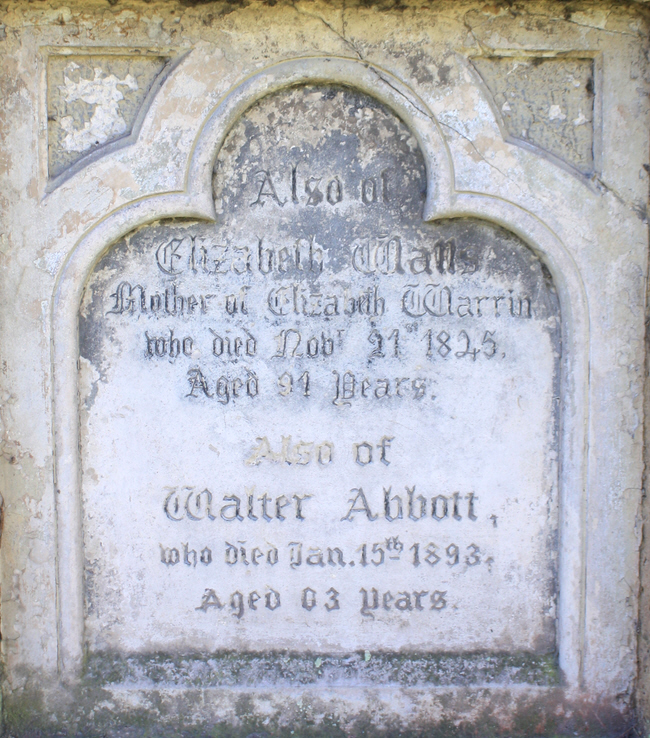 The inscription on this elaborate box tomb has an unusual feature - can you see it? 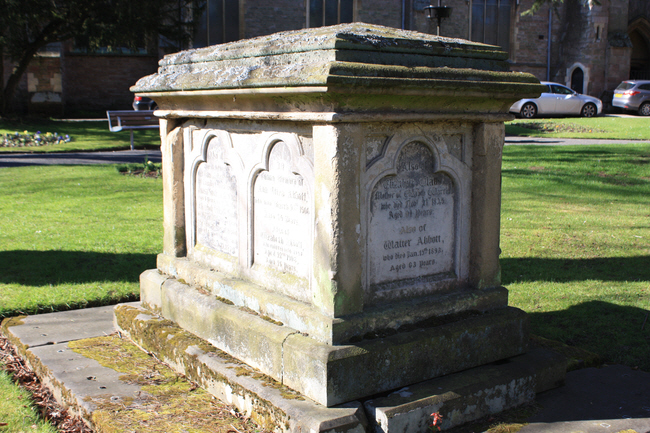