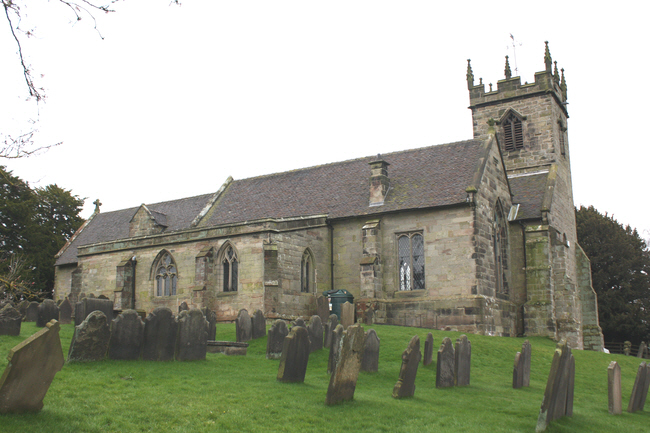 There has been a church at this site in Sandon since at least 1130 when records confirm it was gifted to the Abbey of Combermere in Cheshire as part of a parcel of land in Sandon. No traces of the Norman church remain as the church has been adapted and rebuilt from the late 13th Century onwards. The north aisle was built in the 14th century, but was remodelled in 1851 as a family chapel for the Earls of Harrowby. The church was restored in 1923 under the direction of the architect W. D. Caroe. 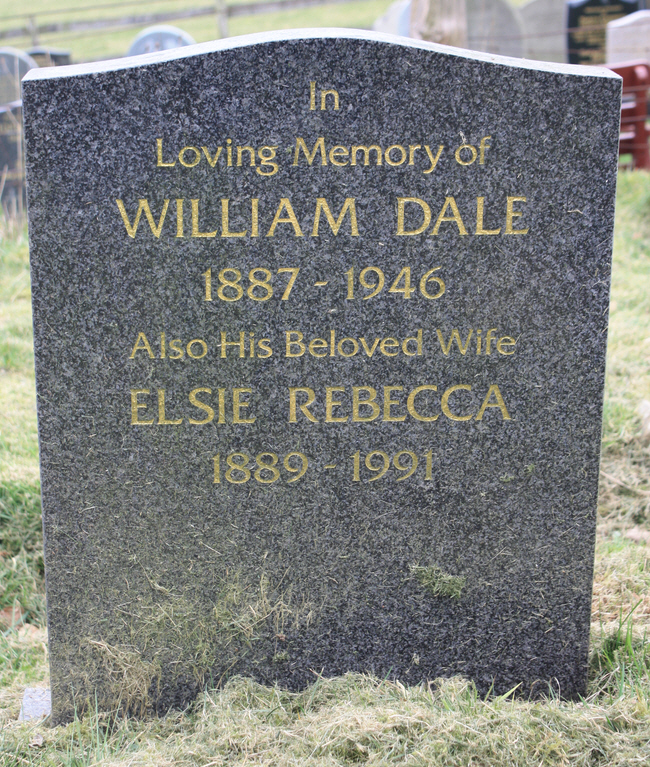 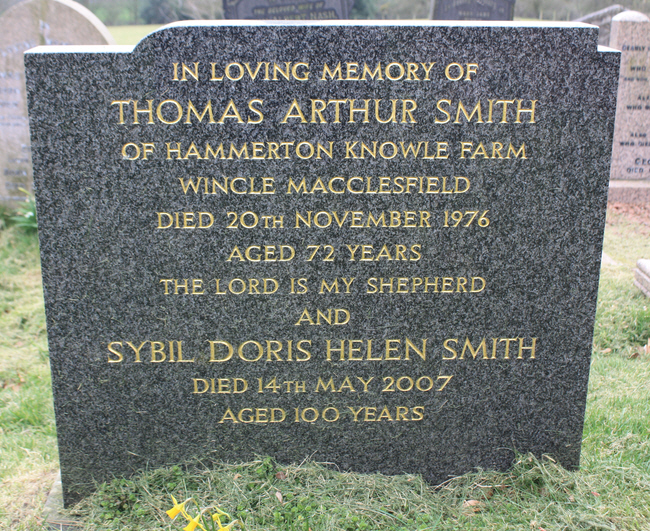 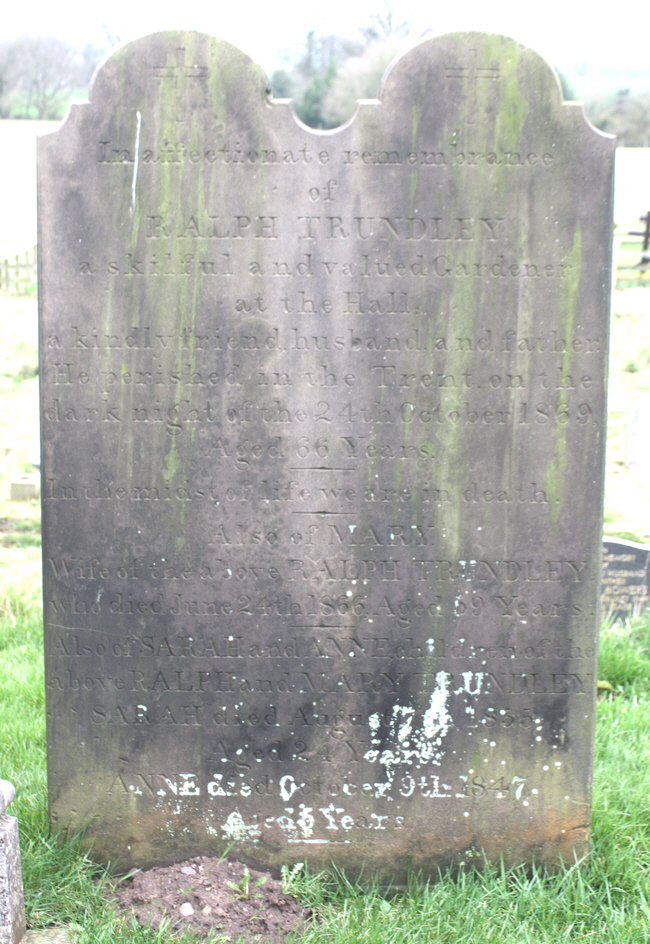 Ralph was a "skilful and valued Gardener". 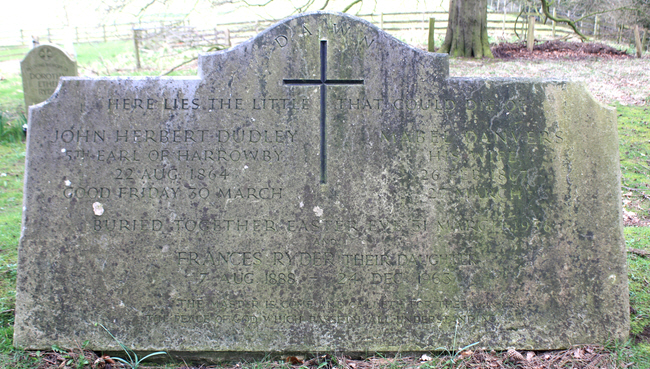 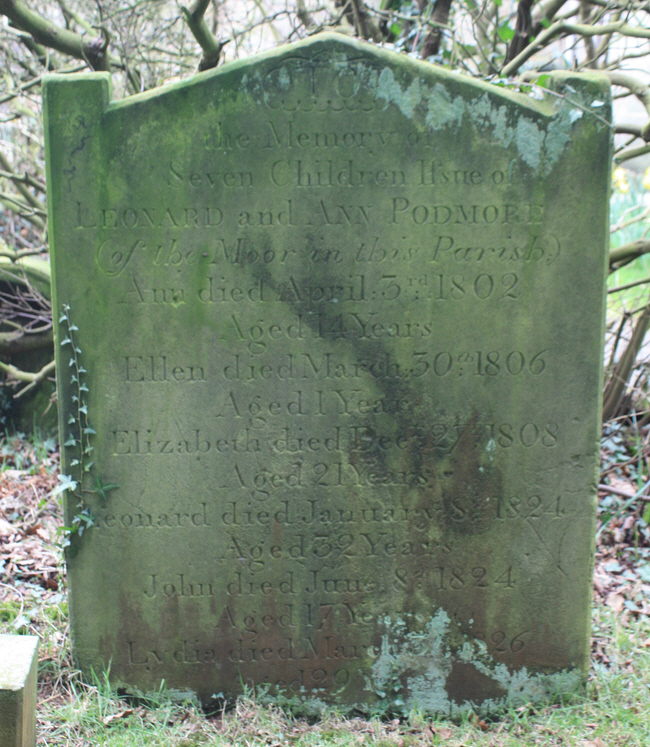 The deaths of seven children of Leonard and Ann Podmore are reported on this memorial.