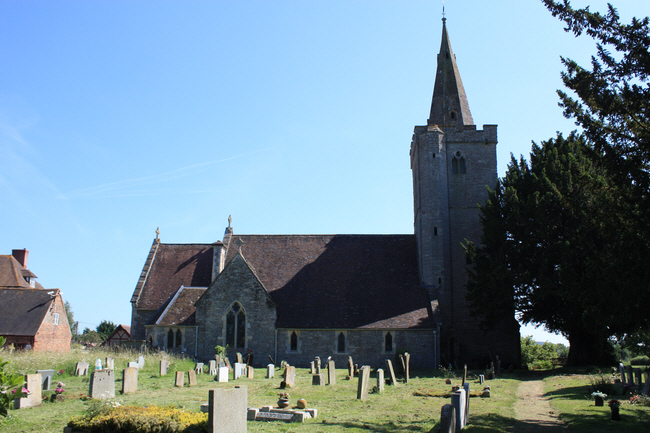 The church of Saint James was originally a 12th-century church with short rectangular chancel and aisleless nave, the chancel afterwards being rebuilt and the tower and aisle added in later years. The nave windows are all of 14th-century type, apparently copies or restorations of work of that period, and the tower and spire are of late 14th-century date with a later west window. The church was heavily restored in 1860, when the chancel was rebuilt and the vestry added. 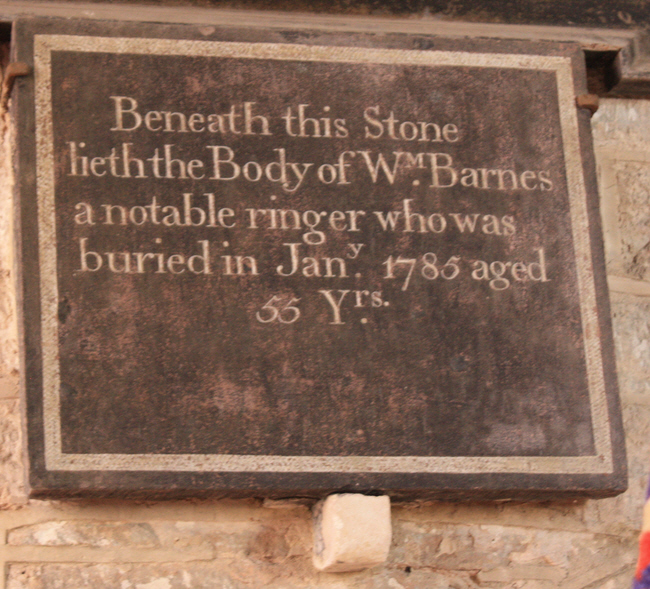 William Barnes was a Bellringer. 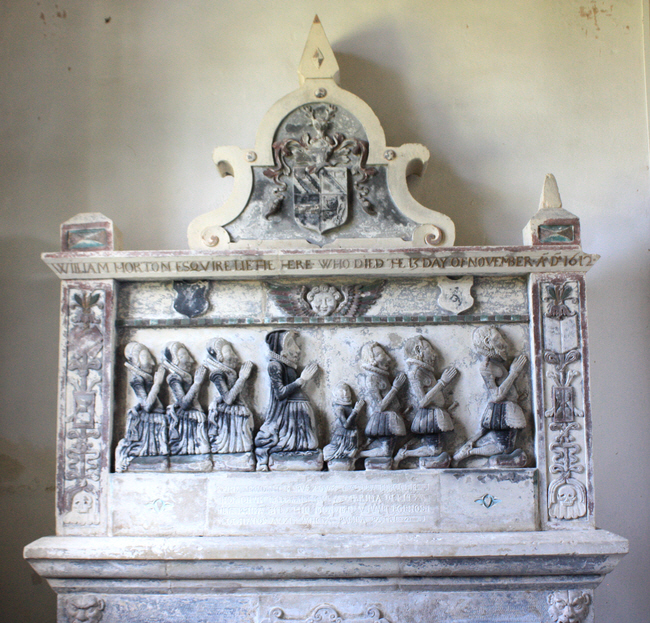 The inscription along the top of the Monument reads: William HORTON Esqvire Liethe here who died the 13 Day of November A.D. 1612 . The smallest of the 8 figures is of a son who had died before his father. 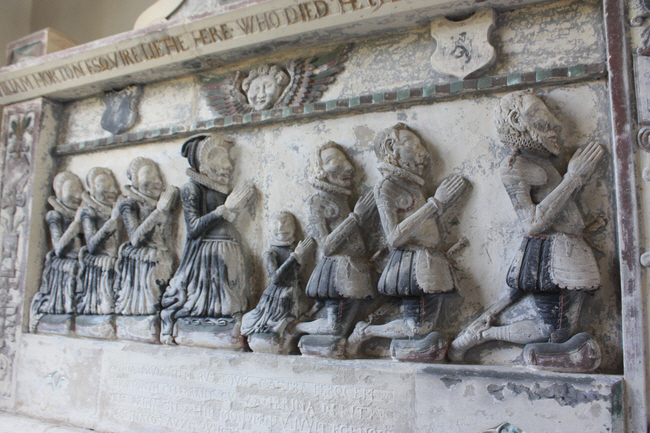