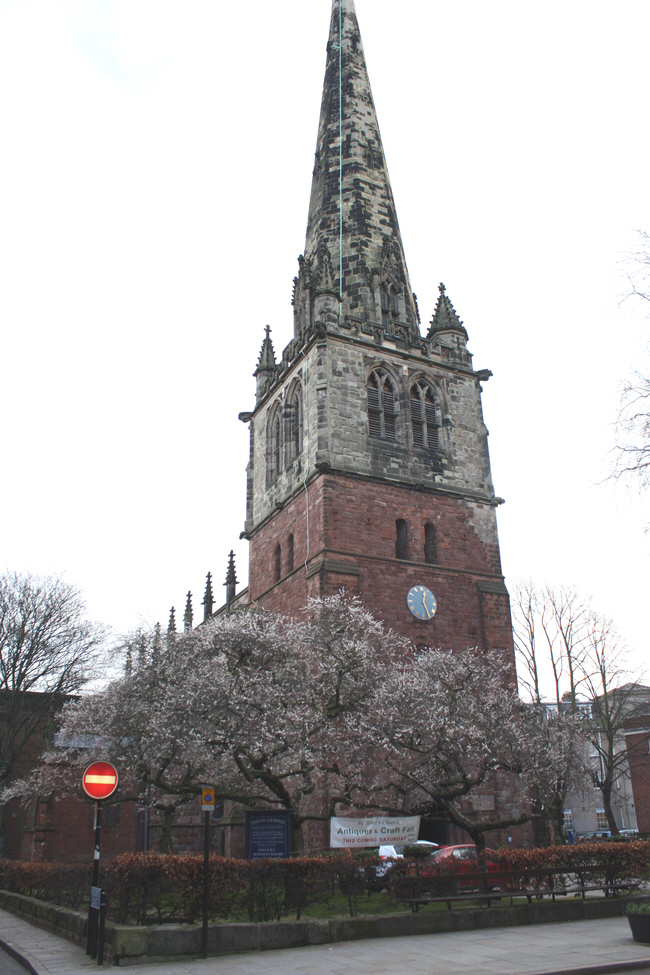 This church was declared redundant in 1987 and is now cared for by the Churches Conservation Trust. 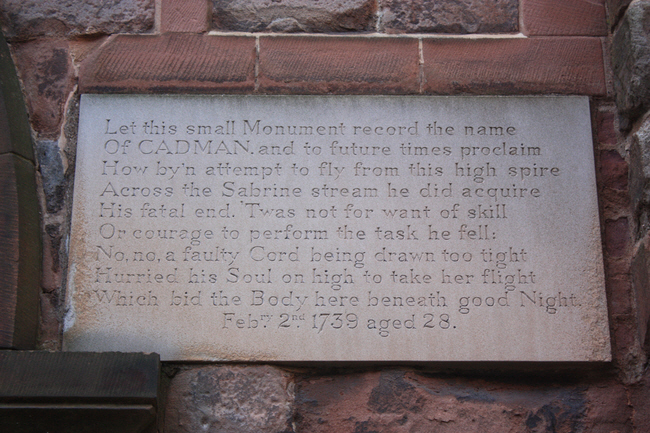 In 1739 showman Robert Cadman attempted to slide down from the top of the spire, head first, using a rope and a grooved breastplate. This is his engraved obituary outside the west door.

The church is world famous for its stained glass collection mostly brought from elsewhere including Germany, Belgium and the Netherlands. 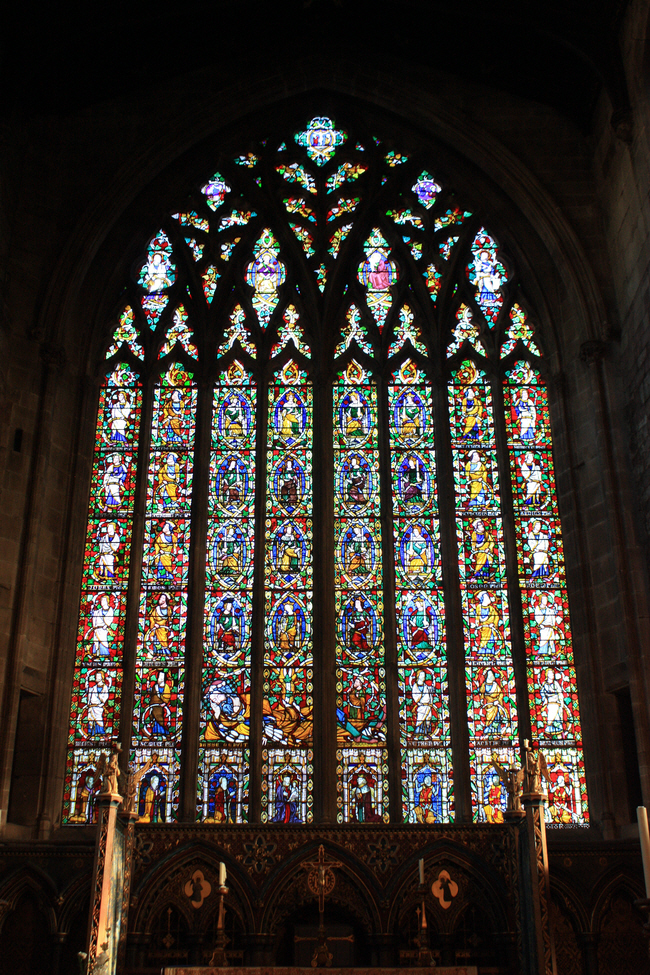 The Jesse window which represents the tree of Jesse, tracing the genealogy of Jesus back to David's father Jesse. 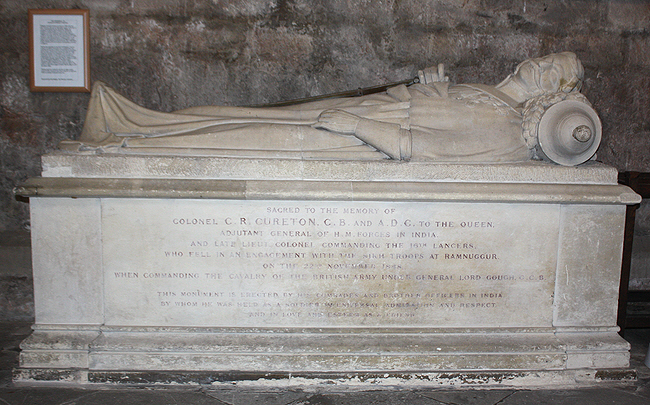 The reclining effigy of Colonel Cureton, Adjutant General for H.M. Forces in India. He died in 1848. 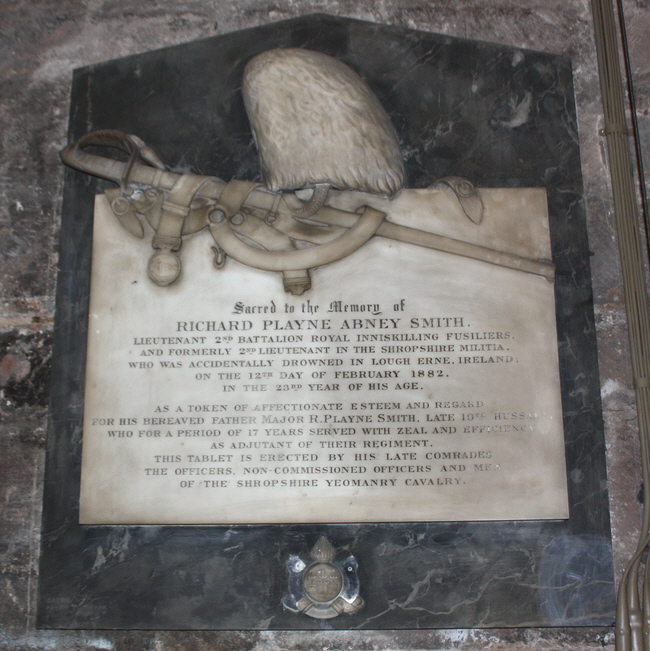 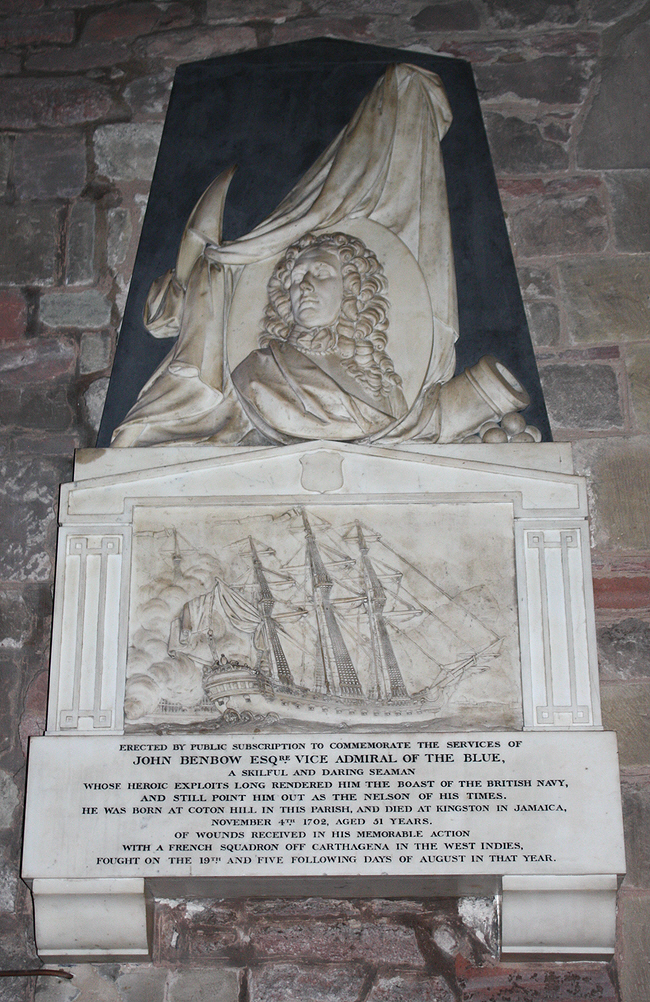 We loved the wonderful ship on Vice Admiral Benbow's memorial. 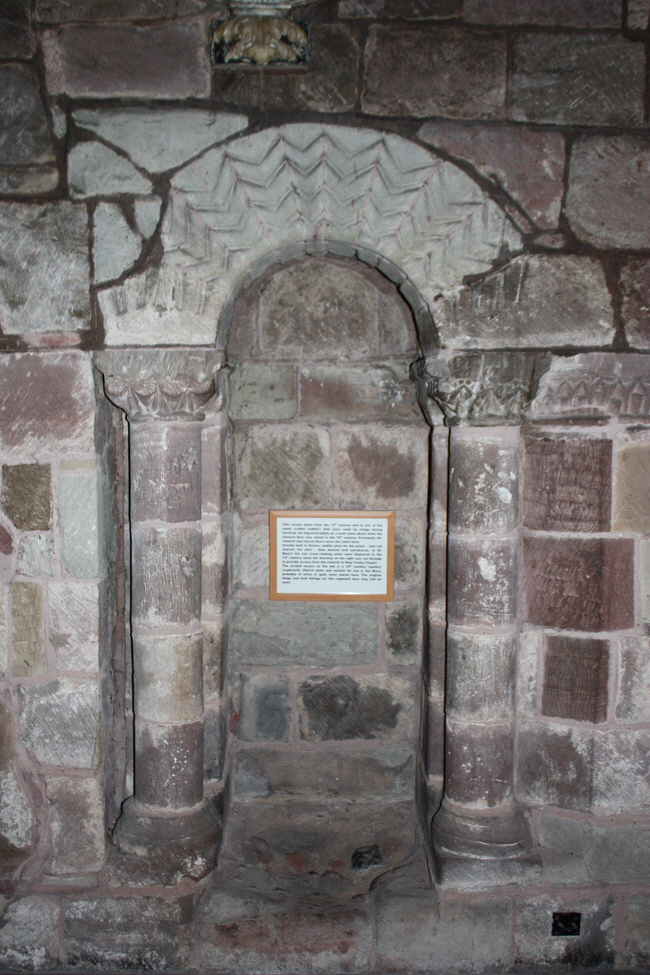 This is a sedila - a place for clergy to sit during a service. This one is no longer usable because the floor has been raised. 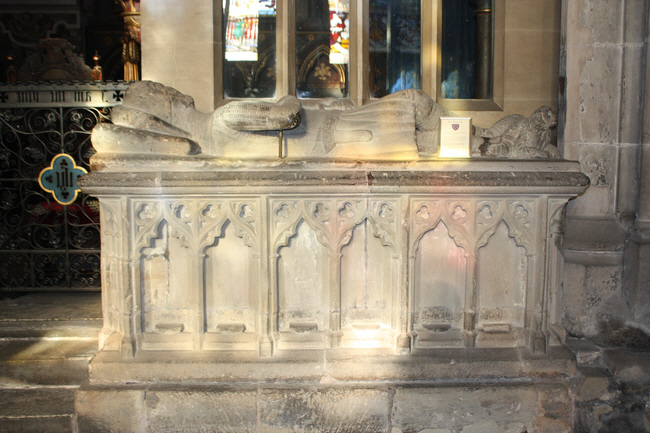 This is the 14th century tomb-chest of Simon de Leybourne. Unusually he has crossed legs and a dog at his feet.