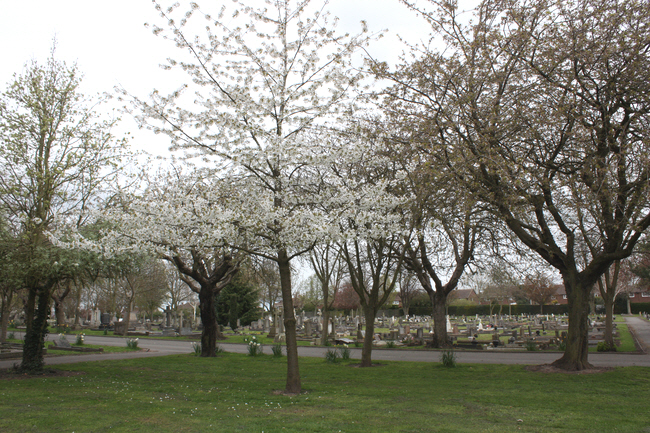 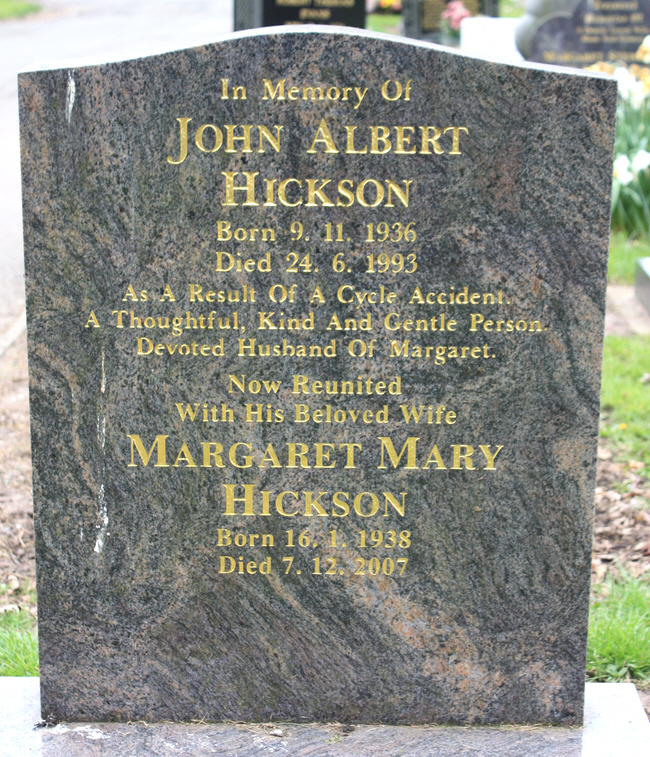 John died as the result of a cycle accident. 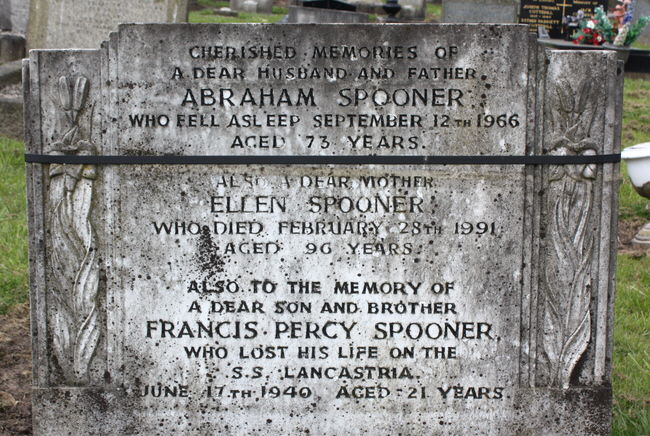 RMS Lancastria was sunk on 17 June 1940 during World War II, sending at least 4,000 people to their deaths. It was the highest death toll for UK forces in a single engagement in the whole of World War II. 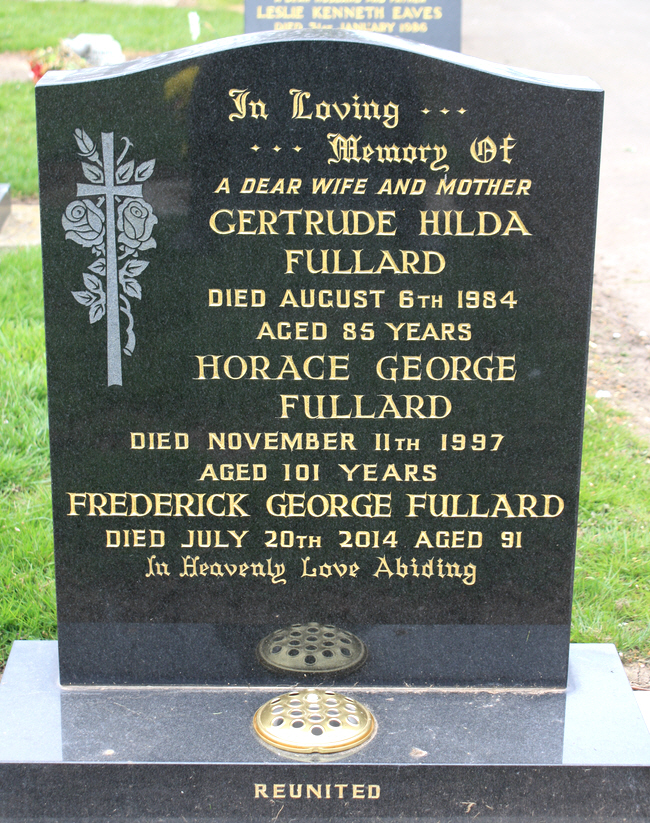 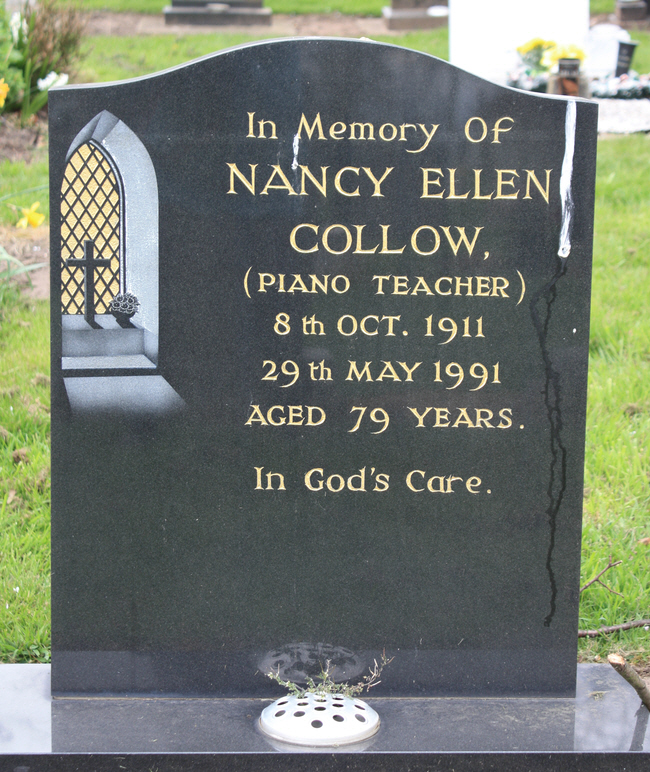 Nancy was a piano teacher.

John Edden served in the Light Dragoons and had "two horses shot under him" during the charge at Balaklave. 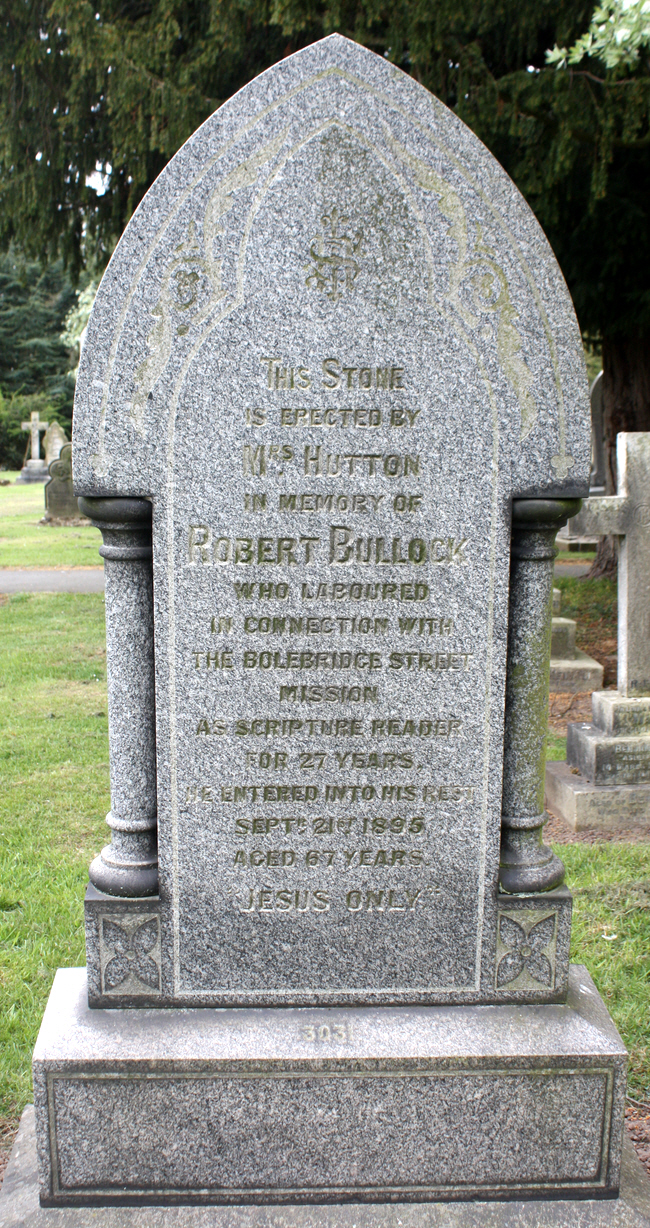 Robert Bullock was a Scripture Reader for 27 years. 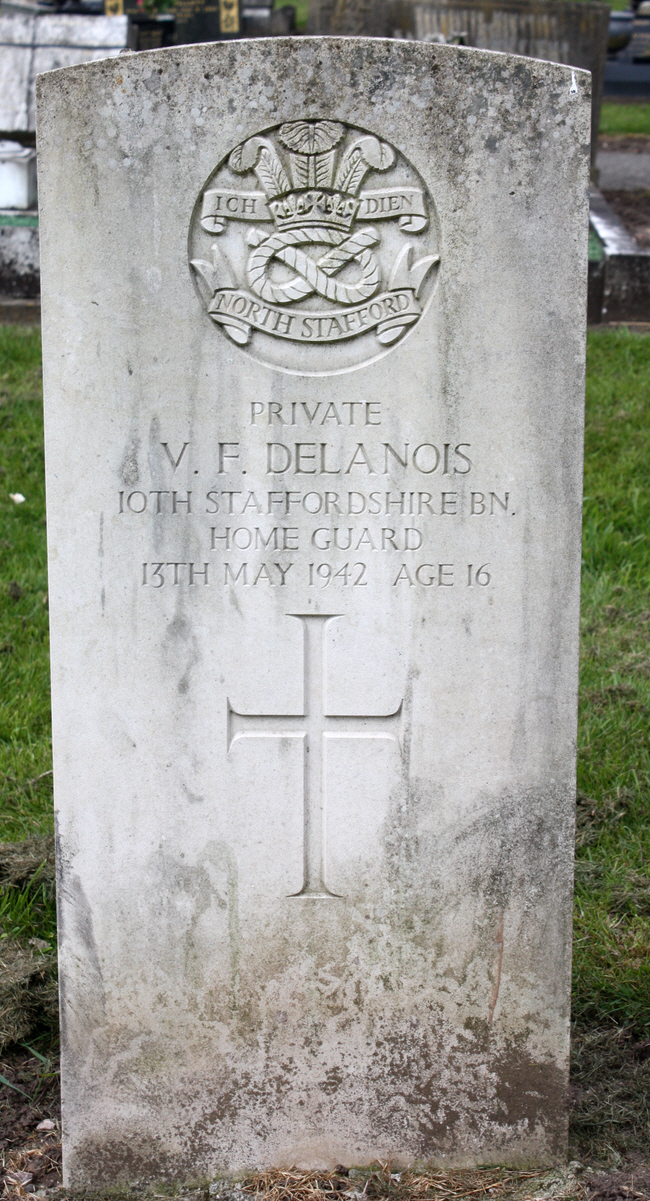 This war grave for a member of the Home Guard needs a good cleaning!. 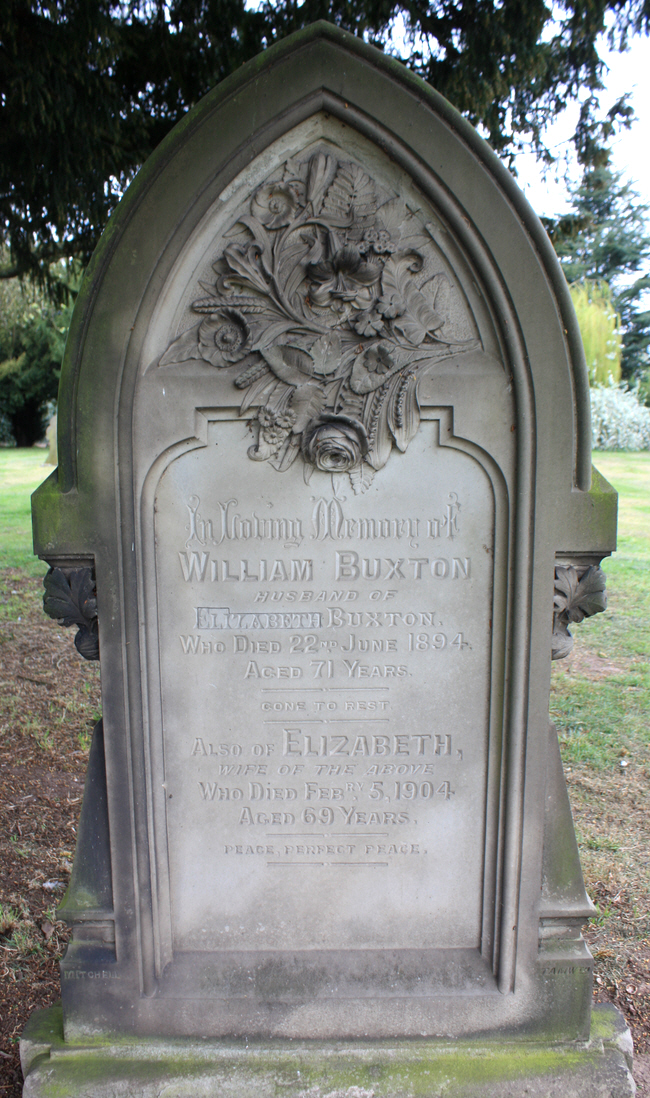 The name Elizabeth has clearly been rengraved.