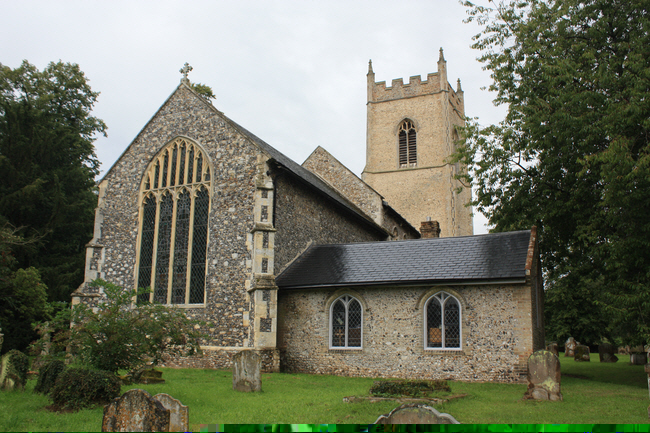 The Assumption was almost certainly not the original dedication of this church. There was a church here for centuries before the late middle ages, and although there are no traces of any pre-Conquest building, the apse of an early-Norman church has been discovered under the floor of the north side of the chancel. The current chancel has a late Norman doorway, although it has been substantially rebuilt since, and in any case the great glories of Ufford are all 15th century. Perhaps the most dramatic is the porch, one of Suffolk's best, covered in flushwork and intriguing carvings.

This is Ufford's most famous treasure, the great 15th century font cover. It rises, six metres high, magnificent and stately, into the clerestory, enormous in its scale and presence. In all England, only the font cover at Southwold is taller. The cover is telescopic, and crocketting and arcading dances around it like waterfalls and forests. There are tiny niches, filled today with 19th century statues. At the top is a gilt pelican, plucking its breast. 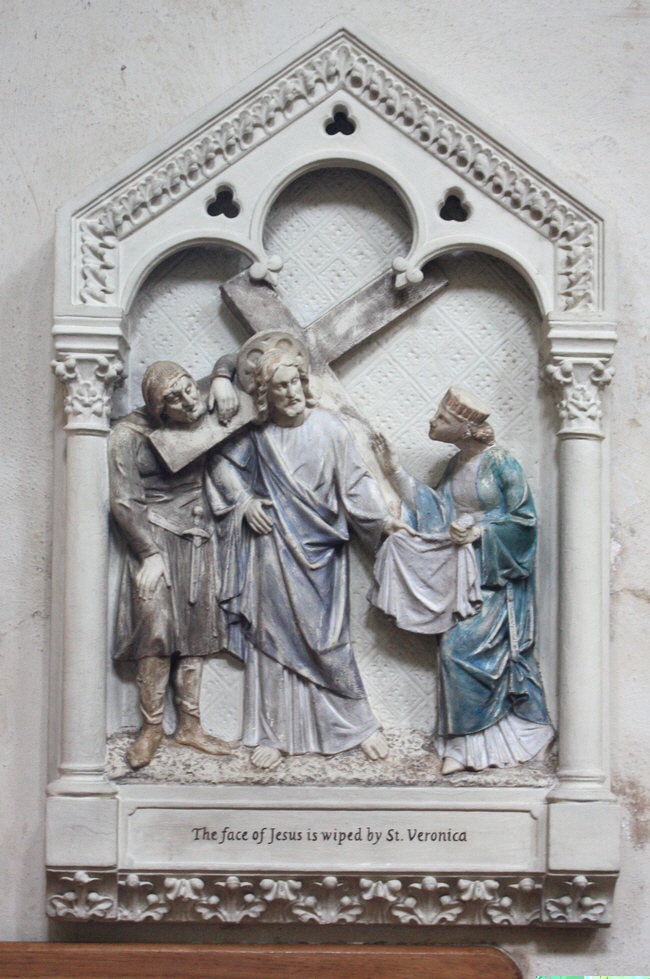 The Stations of the Cross were represented around the walls. A sample are presented here. 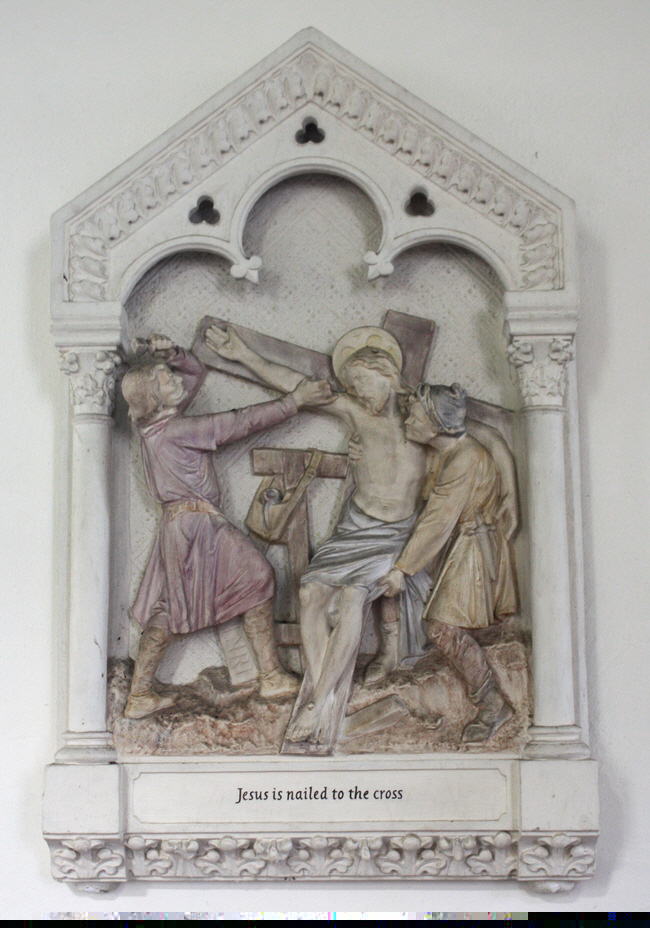 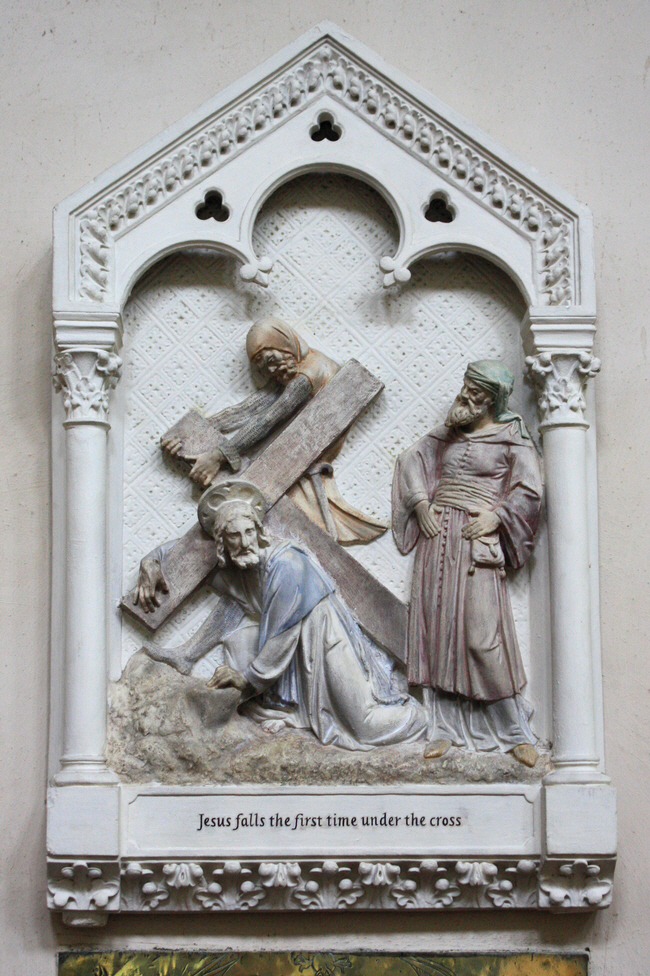 This page was last updated on September August 9th 2017.