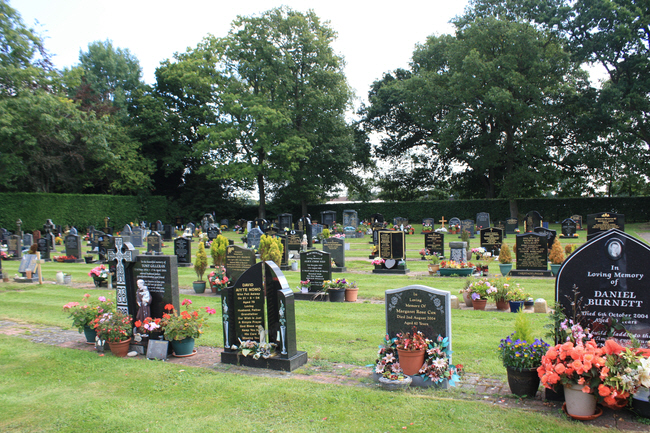 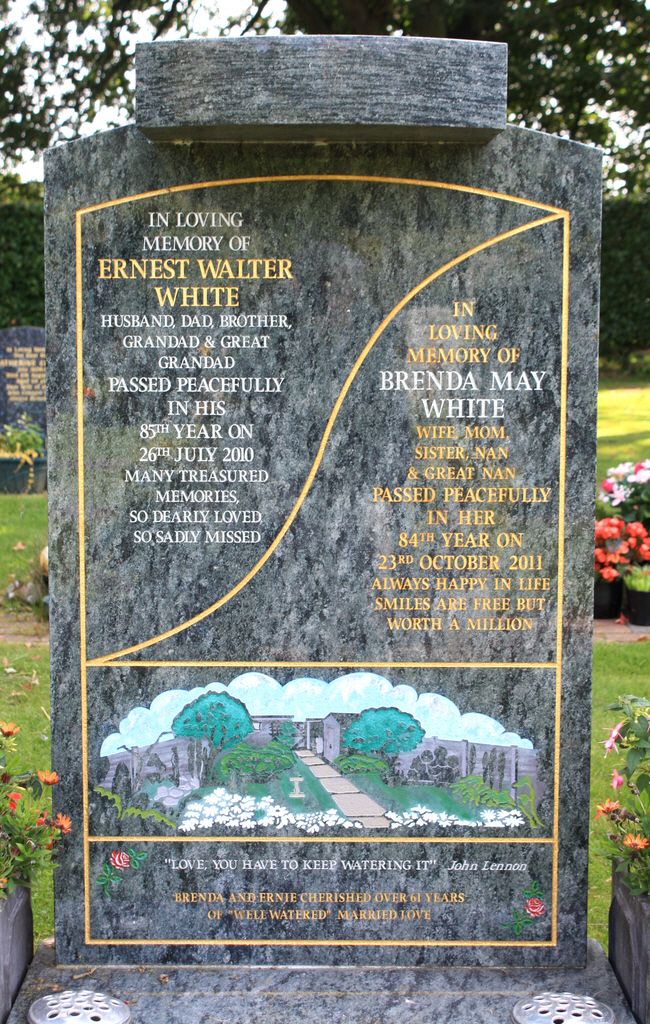 "Love, you have to keep watering it" - Brenda and Ernie were married for 61 years. 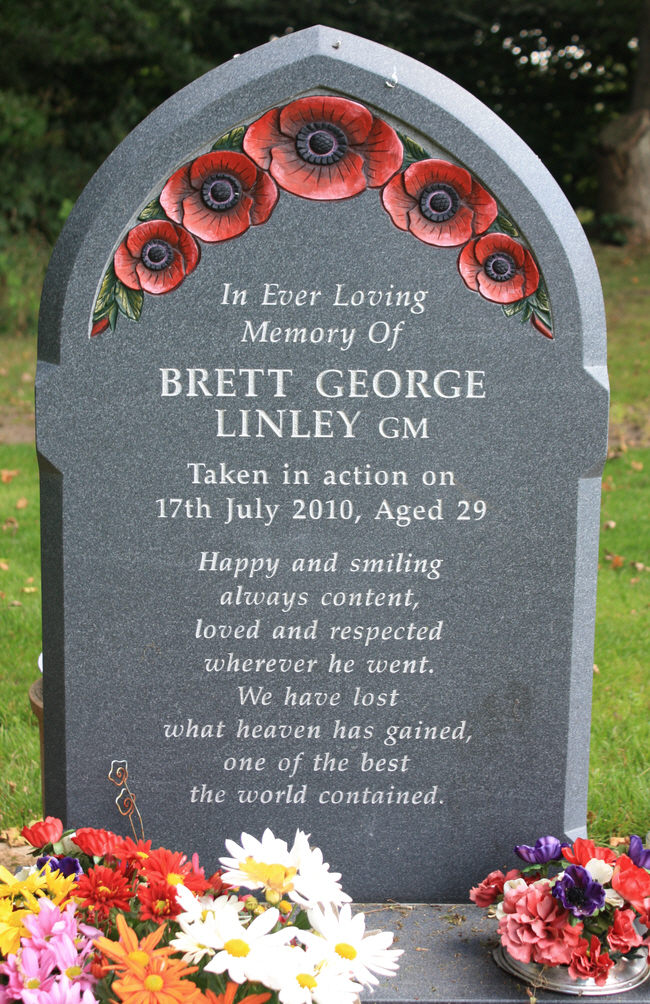 One of the most memorable war graves we have seen. Staff Sgt Brett Linley, from Bournville, died while trying to clear improvised explosive devices (IEDs) in Nahr-e-Saraj in July 2010. Subsequently he was awarded a postumous George Medal. 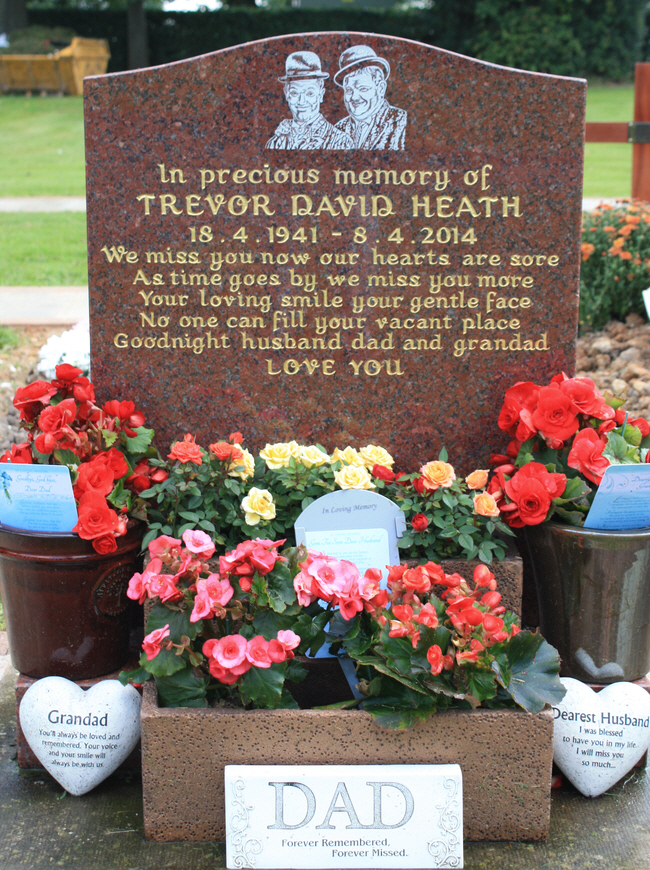 We didn't expect to see a picture of the famous comedy duo Laurel and Hardy on a gravestone. 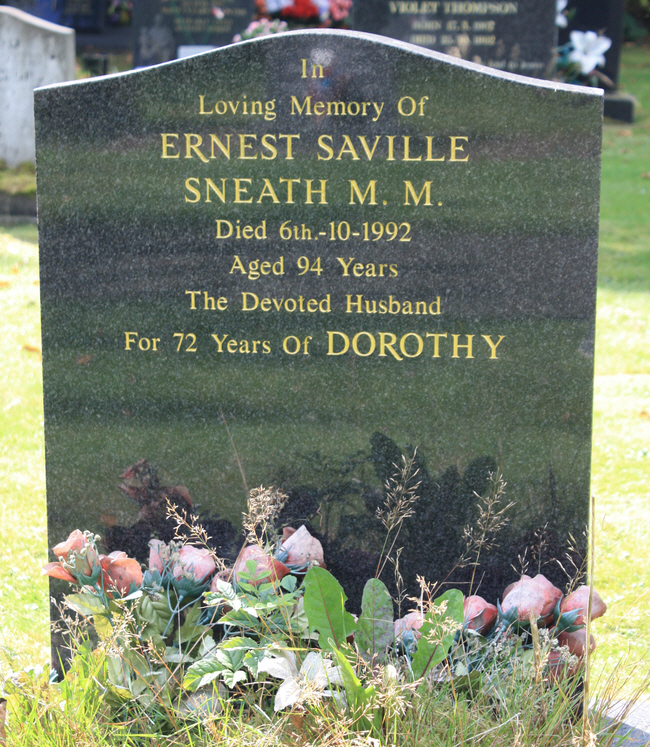 Ernest and Dorothy were married for 72 years. 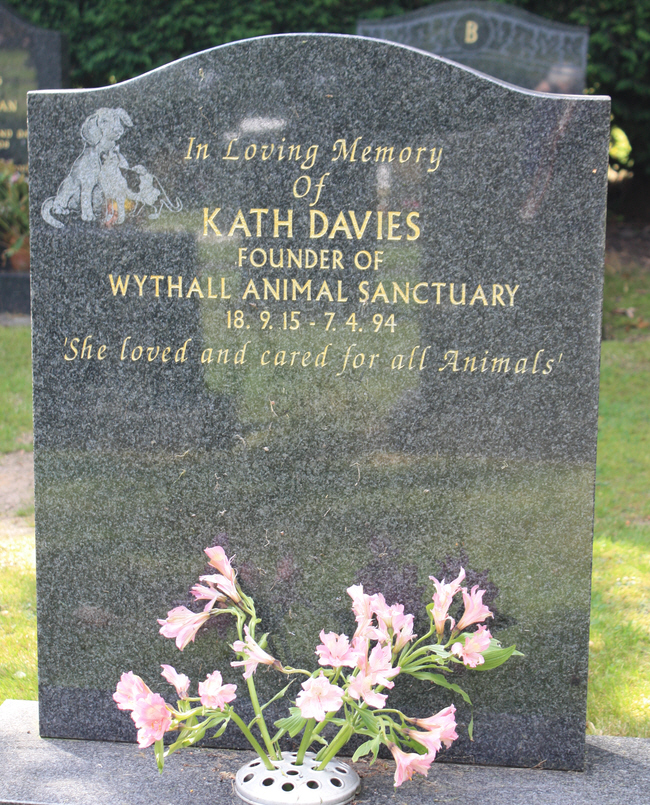 Kath was Founder of the Wythall Animal Sanctuary. 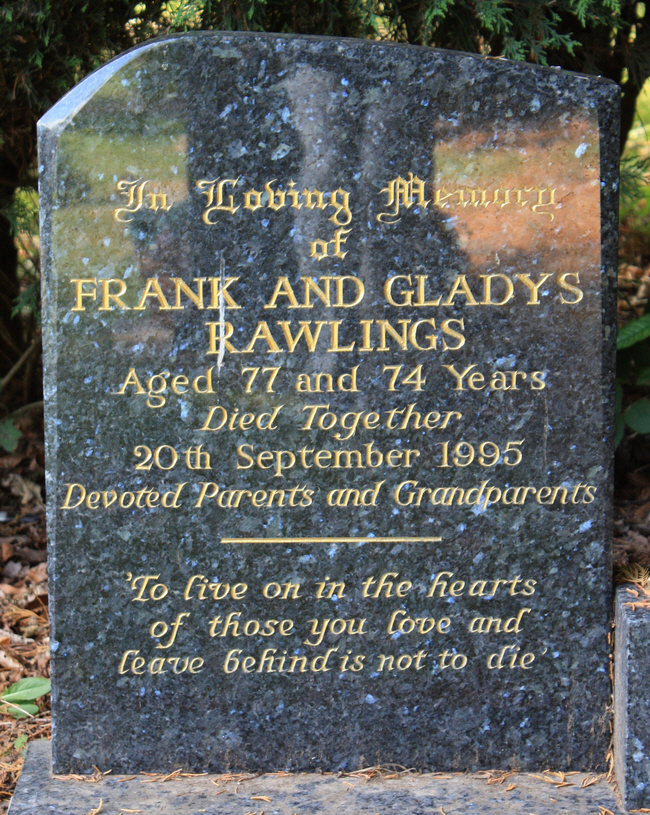 This married couple "died together". 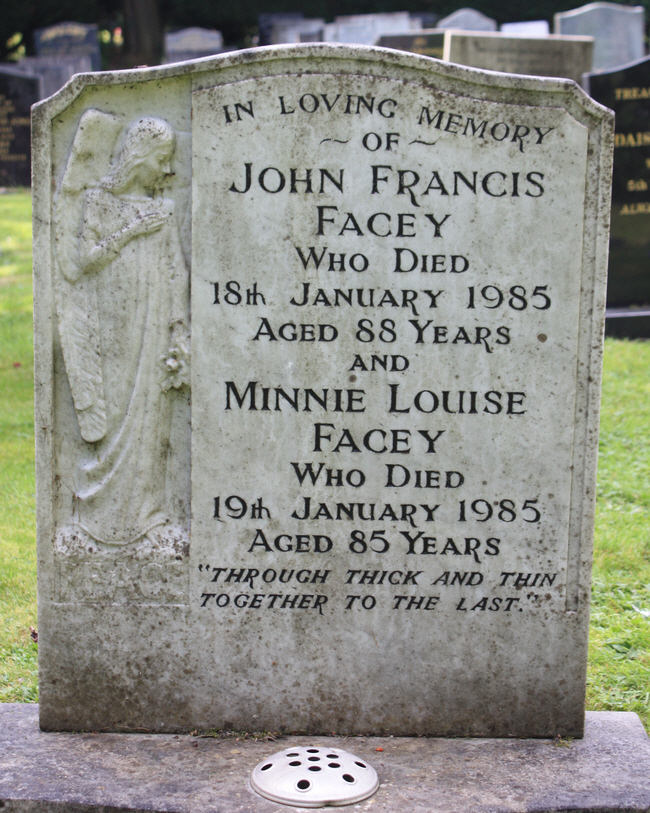 This page was last updated on September 18th 2015.