INTRODUCTION - The Kepler spacecraft uses a 0.95 meter Schmidt telescope to monitor 156,000 target stars both simultaneously and continuously in its 105 square-degree field of view (FOV). The Kepler bandpass ( 423–897 nm) is similar to a V+R bandpass and Kepler magnitudes, Kp, are usually within 0.1 of the R-band magnitude. For news updates click here.

The photometric results can be studied in order to detect regular fadings that might indicate the presence of extrasolar planets in transit across the face of the target stars. With a high precision, high cadence photometric survey of this type it is also possible to search the data for stars that vary for reasons other than planetary transits.

In the early days it didn't seem possible to directly link the light curves to identifiable stars. Subsequenly it became possible but only, as far as I can see, for stars that an observer had previously added to their individual collection(s) of interesting light curves.

A random star from my personal collection. 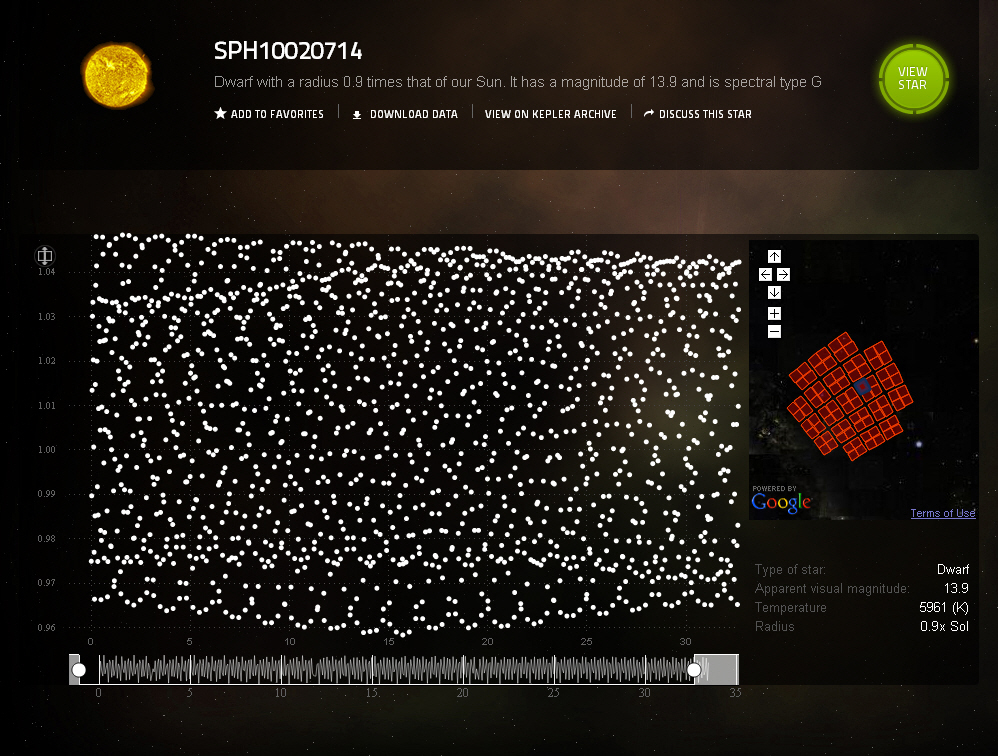 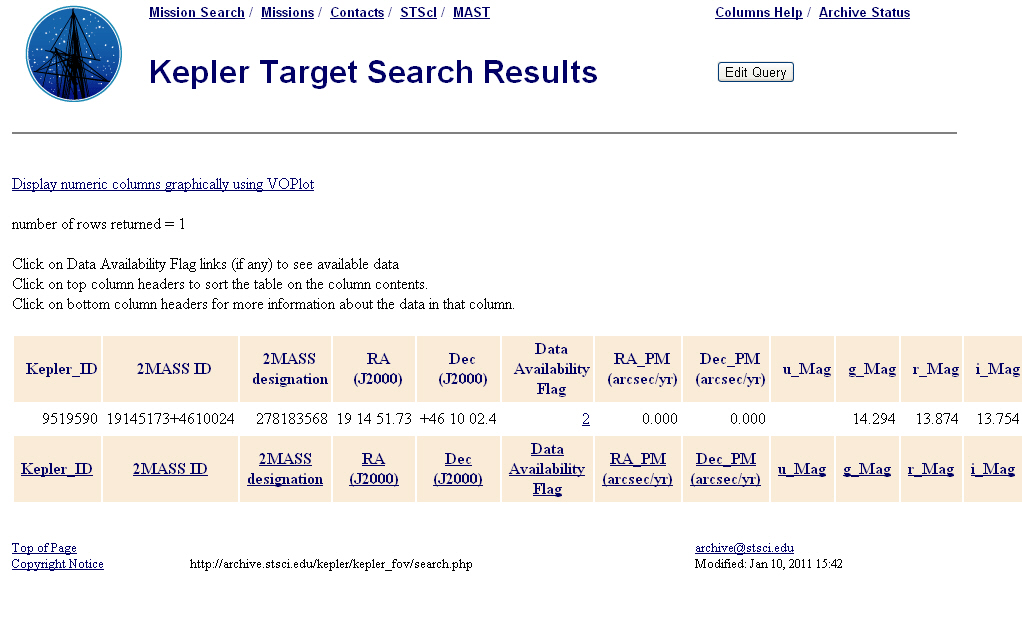 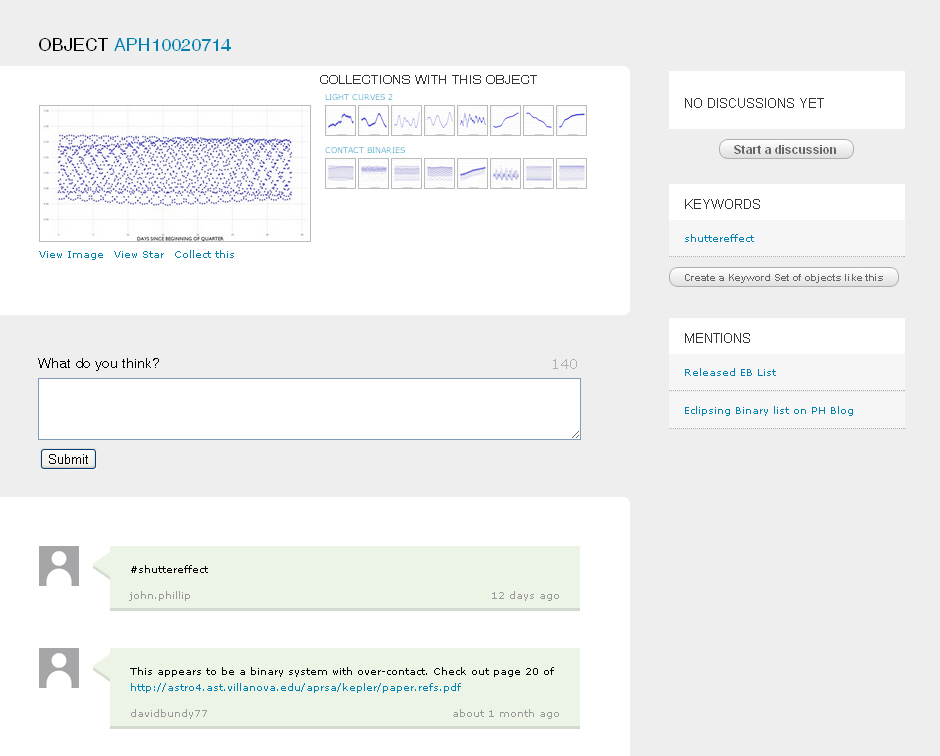 Some of my favourite light curves.

Rather tucked away on the Zooniverse website I found a link to the list of 312 Released Kepler Planetary Candidates. I don't know if these have already been removed from the light curves that are presented to site users.